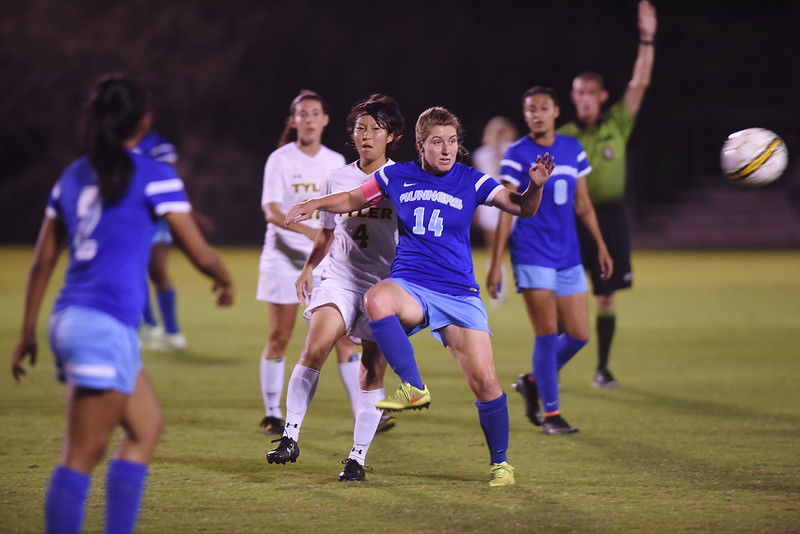 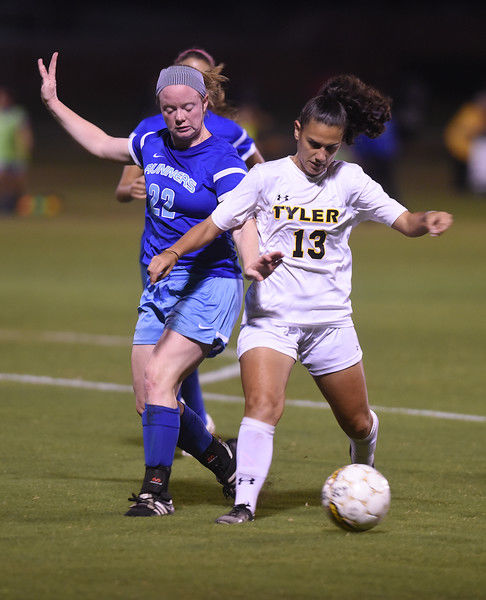 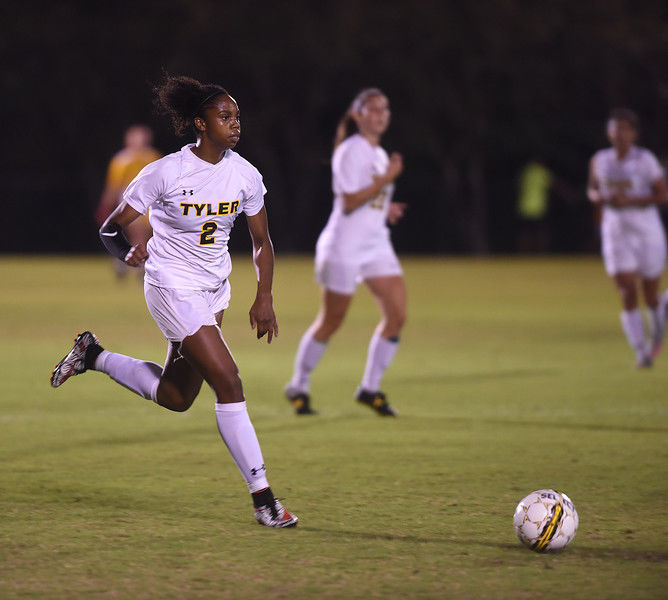 Tyler Junior College's Brittney Daley dribbles the ball in the first half of their game against Angelina College Thursday night at Pat Hartley Soccer Complex. (Sarah A. Miller/Tyler Morning Telegraph) 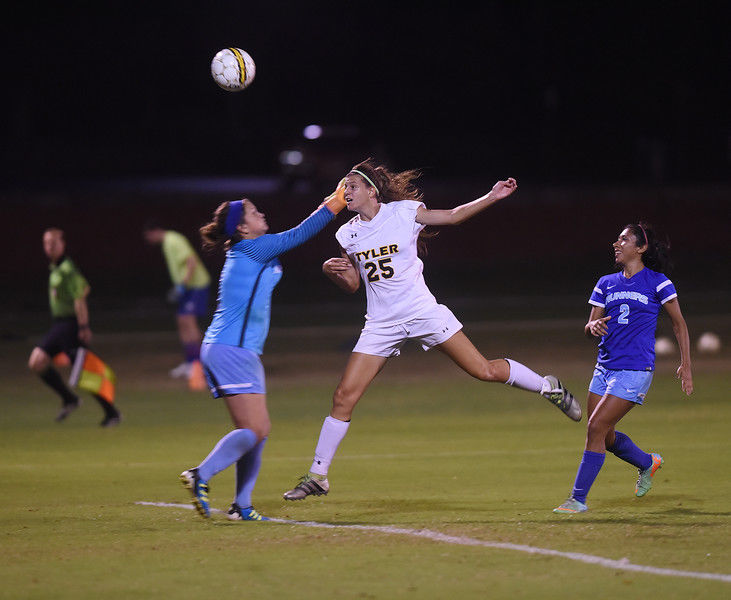 Tyler Junior College's Brittney Daley dribbles the ball in the first half of their game against Angelina College Thursday night at Pat Hartley Soccer Complex. (Sarah A. Miller/Tyler Morning Telegraph)

The Apache Ladies will meet Navarro in the final on Sunday at 2 p.m. back at Pat Hartley. TJC (16-2-1) won 4-2 at home and lost 4-1 on the road against the Lady Bulldogs this season.

Suarez, a freshman from Madrid, Spain, scored both of her goals in the final 15 minutes of the first half to give the Apache Ladies a 3-0 lead at the break.

John Tyler graduate Jolenne Calleja tallied a goal in the second half.

Claire Ramet had the other first half goal while goals were also scored by Cooper Mullins, O'Shay Nelson and Shauni Reid.

The UT Tyler men followed with a 3-0 win over Concordia in American Southwest Conference action.

In the men's match, Lucas Pereira, a sophomore from Barcelona, Spain, scored two first-half goals to power the Patriots.

Leandro Fernandez, who also had an assist, fired home the third goal with 20 minutes to play to seal the game.

Both UT Tyler teams finish the season at home against Mary Hardin-Baylor on Saturday. The women kick off at 5 p.m. followed by the men at 7 p.m.