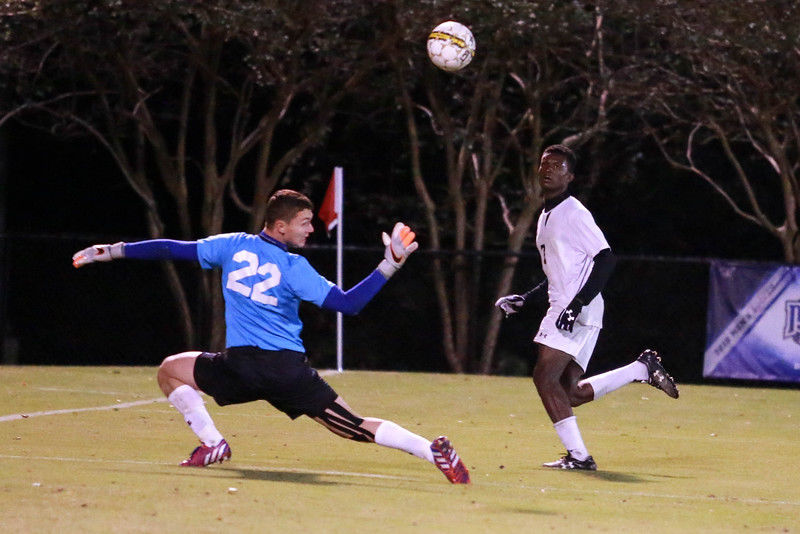 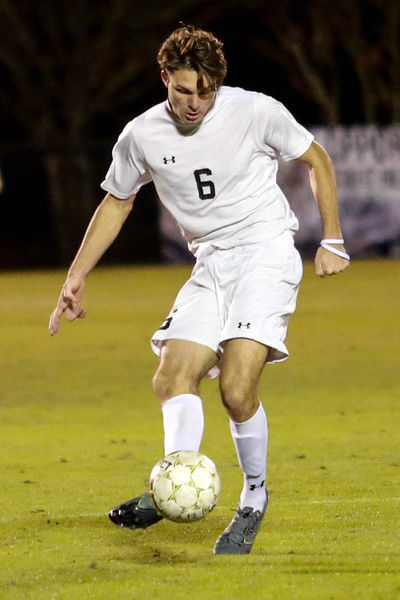 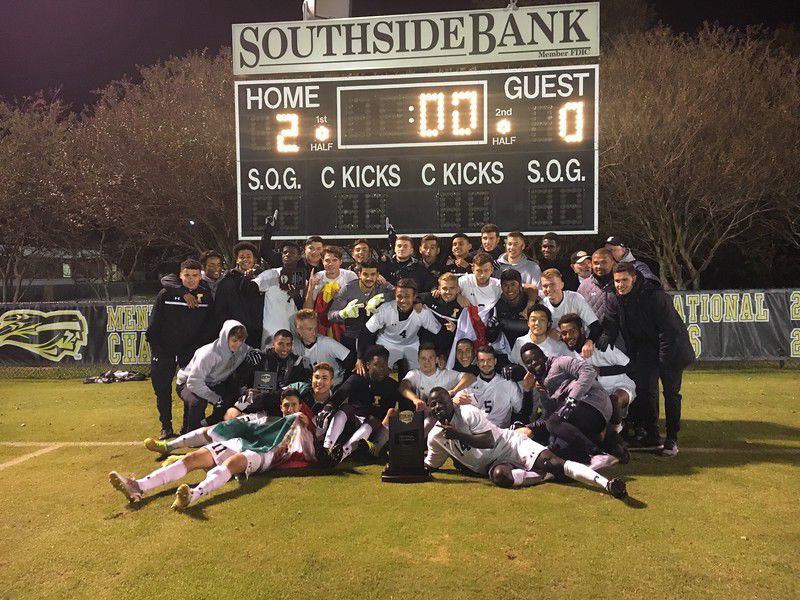 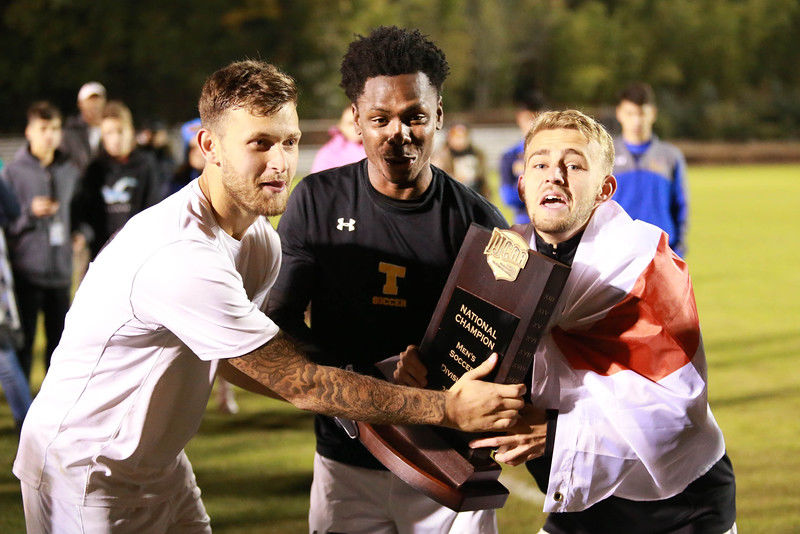 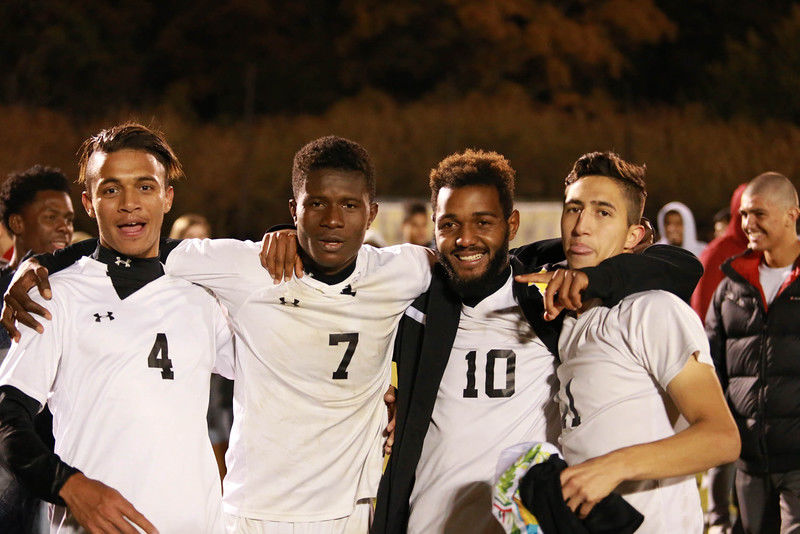 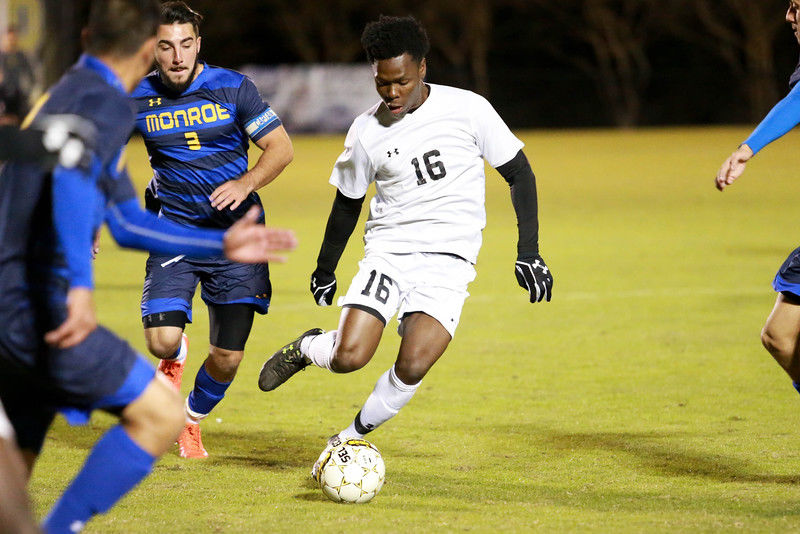 “Very proud of our guys … they did what we asked them to do,” said Clements, who has taken the Apaches to eight national tournaments. “It was nice to win at home.”

It was the first loss for the Mustangs of New Rochelle, New York. The squad finished as runners-up with a record of 19-1-0.

After a scoreless first half the Apaches’ attack was relentless against the Mustangs’ goalkeeper Svyat Kozak. He had three saves, but the Apaches rocketed two shots past him.

With 53 minutes showing, Michael Boakye scored. The freshman from East Hartford, Connecticut had the unassisted goal.

That’s the way it stayed until Mohammed Kamara, a freshman from Monrovia, Liberia, found the back of the next with 5 minutes and 22 seconds to play.

After Kamara scored he took a seat in the student section which had been cheering on the Apaches.

William Diaz, a sophomore from Vancouver, British Columbia was in goal for the clean sheet.

Kamara was tournament Most Valuable Player, while Clements was voted Coach of the Tournament.