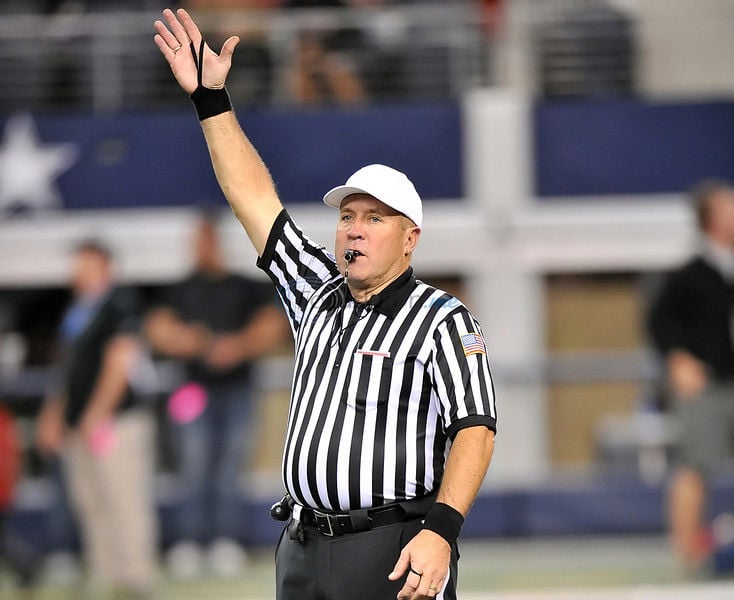 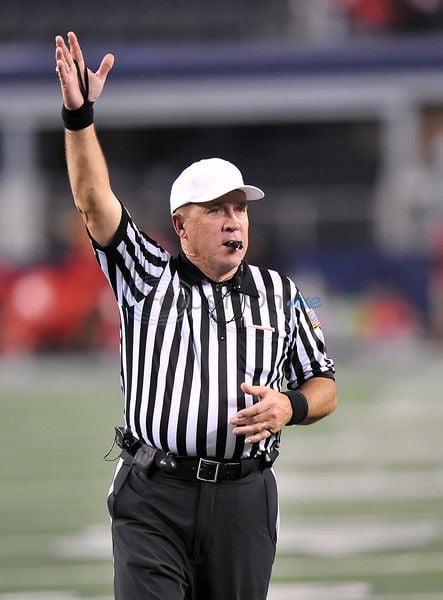 While officiating football games for some 25 years, Kyle Rutherford's objective was to stay in the background.

On Wednesday in Fort Worth, he will be in the spotlight.

The Tylerite is receiving the prestigious Curley Hays Official's Award during the 81st Annual Texas High School Coaches Association Convention in Fort Worth. The award will be presented at 1 p.m. Wednesday during the Hall of Honor Luncheon at the Fort Worth Omni's Texas Ballroom.

"The award honors football officials who have contributed significantly to the game of football," D.W. Rutledge, THSCA Executive Director, said.

After officiating five state championship games, along with the 2010 Texas High School Coaches Association All-Star Game, Rutherford is being honored with the top officiating award in Texas.

Rutherford, a graduate of Chapel Hill High School and The University of Texas at Tyler, was elated when he received the letter notifying him of his honor.

"I was shocked and surprised," Rutherford said during a recent interview. "I did not know I had even been nominated. When coach (John) King from Longview notified me of the nomination and award I was very surprised. He stated you have a great reputation with the coaches around the state of Texas and that is the reason you were selected.

"It is very humbling to be recognized by coaches from all over the state of Texas. You officiate for the love of the game and the young men and women who participate and to be recognized is truly special."

And it all started in 1987 when he decided to get into officiating for "no particular reason."

"I had several friends that were officiating and attended a meeting with them," said Rutherford, who is currently employed by Chicago Bridge and Iron as Corporate Project Manager in The Woodlands. "I signed up and enjoyed it enough to officiate for 25 years."

He was previously the Director of Construction with Trinity Mother Frances Hospitals and Clinics for 15 years.

Officiating takes many more hours than just showing up for a game and spending three or so hours on the field.

"Our job as officials is to enforce the rules," Rutherford said. "The rules are written for two reasons: safety and to keep one team or player from gaining an advantage and it is our job to officiate based on safety and advantage."

During the fall, preparing for the next game is a weeklong experience.

"You begin to prepare for the next game as soon as your last game is over —examining the things you did well and things that need improvement," the Tylerite said. "On average I spent 6 to 8 hours a week preparing for games."

Even during the offseason, you stay busy.

"There are annual clinics officials attend to learn the rules and mechanics changes as well as a state convention," he said. "Most local chapter meetings are rules based and the primary educational emphasis is rules and mechanics. Some officials meet in the offseason and review game tape and set goals for the upcoming season."

For most of those years on the gridiron, Rutherford has been crew chief, a big responsibility.

"A crew chief responsibility is to insure all are at the game site and prepared to officiate the game," he said. "You have to be a leader and create a cohesive and team atmosphere among your crew members. When you are on a field on Friday night you only have four other friends and they are all wearing a black and white striped shirt."

The majority of times have been great for Rutherford, but other times not so much.

"There are times after a difficult game you ask yourself why you officiate but the good outweighs the bad and you improve and move forward," he said.

"The five state championships are very special memories," said the former Chapel Hill baseball player. "To have the opportunity to work my first with Mitch Praytor and Gary Chalk (which was their last game in 2005 for the Argyle vs. Newton game) was truly special to be part of Mitch's and Gary's last game."

Barron Tanner, Athens High School — "You knew he was special when he stepped on the field." The tackle later played at the University of Oklahoma and with the Miami Dolphins, Arizona Cardinals and Washington Redskins. He was a fifth round draft choice in 1997.

Johnathan Gray, Aledo High School — "Everyone in Darrell K Royal-Texas Memorial Stadium knew he was going to get the ball in the state championship and he ran for over 252 yards and four touchdowns." Gray is a sophomore running back at The University of Texas. Aledo won the Class 4A Division II state championship game, 35-21.

Coach Kent Bechtel's final game at Waco Midway against Longview at Kincade Stadium in Dallas — Longview won 14-13 in a Class 4A Division I area playoff game.

"The most rewarding part of officiating is when a losing coach in a close game acknowledges your crew did a great job officiating the game," Rutherford said.

Calling a state championship is the ultimate for officials.

"It is a great feeling to know two coaches have selected your crew to work a state championship game and have the trust and confidence in your crews ability to manage a game," Rutherford said. "Being selected to represent the Tyler Chapter in the All-Star game was extremely gratifying but I owe most of my success to my crew for their outstanding officiating over the years. Some of which are Mitch Praytor, Gary Chalk, Charles Battee, Monty Florence, Brad Frisby, Charles Thomson and Daryl Starkes."

After the 2012 Class 5A Division II state championship game, a 35-24 win by Katy over Cedar Hill, Rutherford decided to hang up his yellow flag.

"I retired at the end of the 2012 season after the Katy-Cedar Hill state championship game," he said. "I do not remember the first game I worked but I do remember it was just a blur of 22 players. The action you see slows down the longer you officiate and things slow down for you as an official.

When he steps up to the podium Wednesday, Rutherford will receive an ovation that officials are not accustomed. His wife Shelly and daughter Madilyn will be there to share in the moment.

"My 25 years of officiating have been an absolute pleasure as well as very rewarding," Rutherford said. "Without officiating I would not have had the opportunity to meet and work with some of the best officials not only in Texas but the nation. Many of the coaches that I have worked for in the past I will always have a connection with in the future."