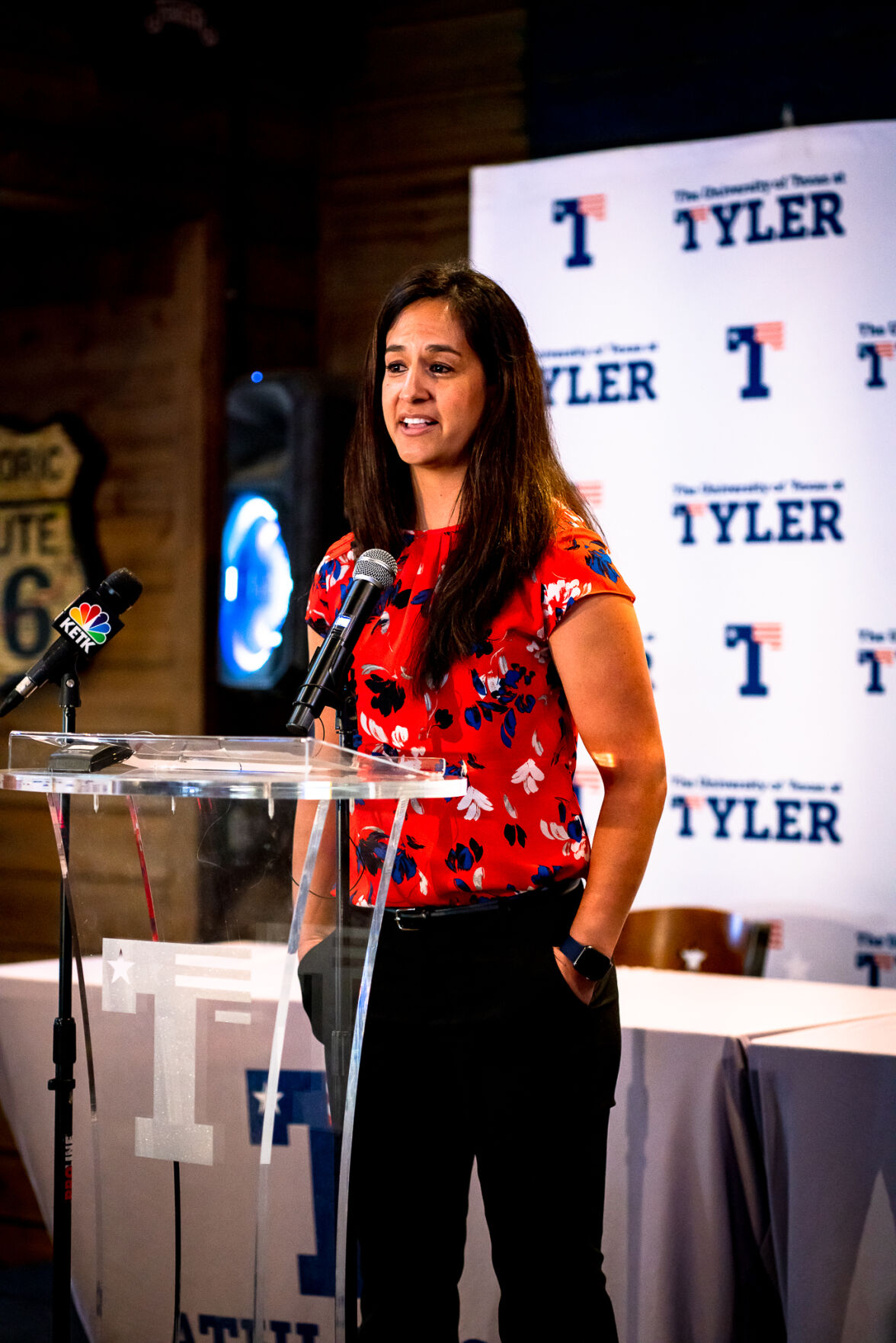 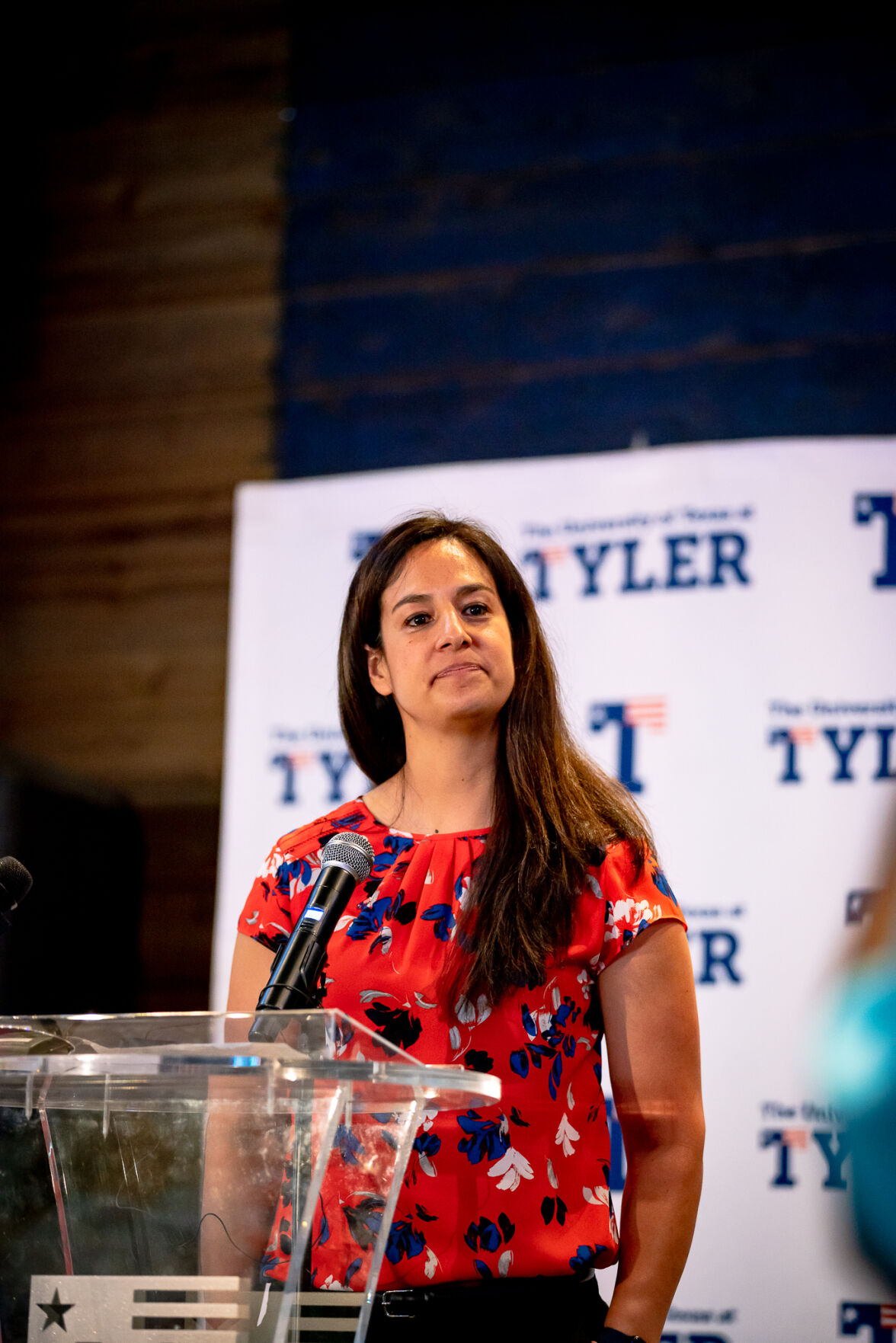 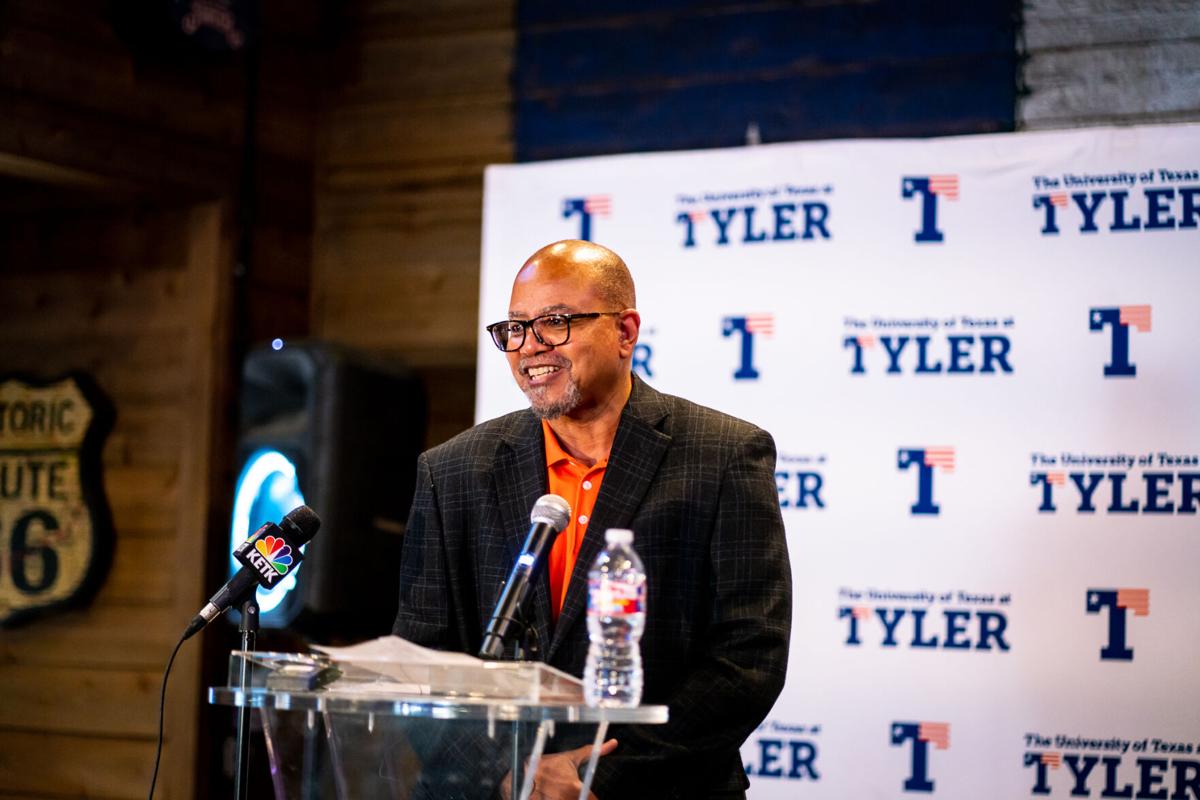 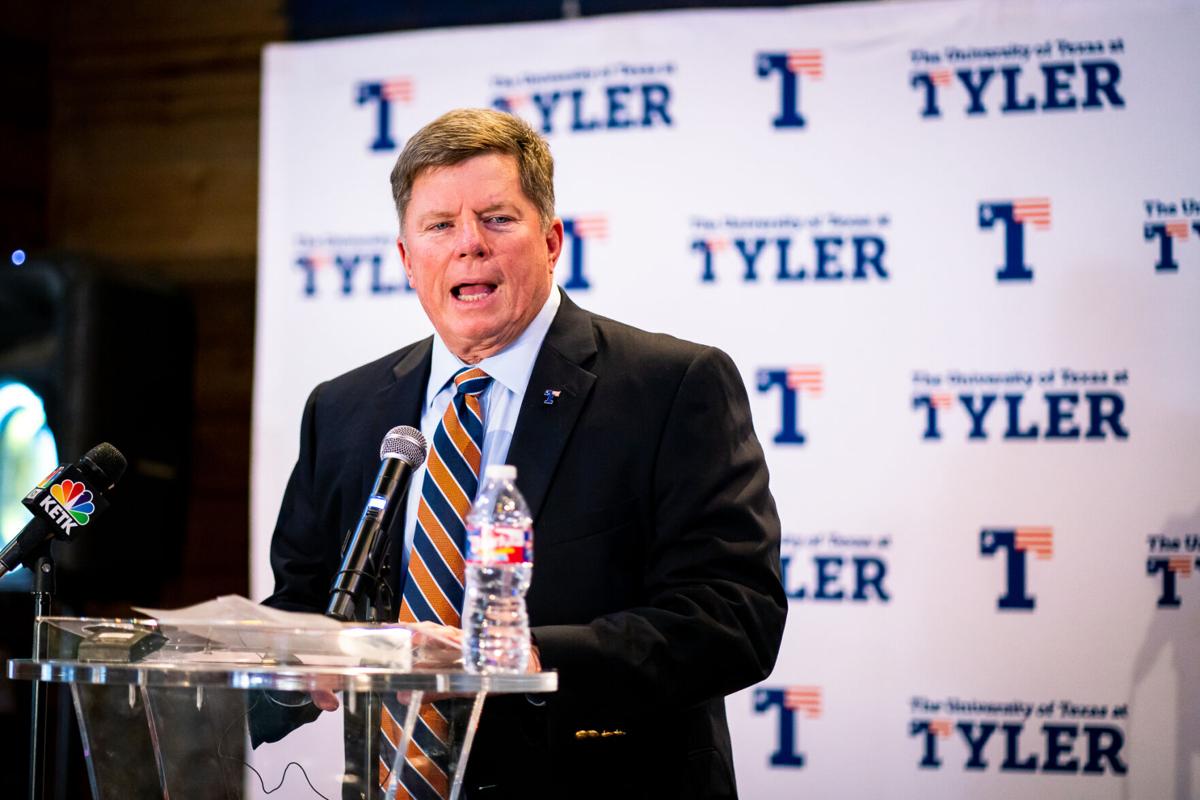 Rebecca Alvidrez made her way to Texas in 2017 to become the associate head coach at Stephen F. Austin.

Alvidrez was an integral part of the success of the Ladyjacks, who have gone 47-9 in the last two seasons and advanced to the NCAA Women’s Basketball Tournament this season.

On Thursday afternoon at Republic Icehouse, Alvidrez was formally introduced as the sixth head women’s basketball coach at the University of Texas at Tyler.

“I couldn’t be more excited and more honored to be joining the UT family and be the next head coach of the women’s basketball team,” Alvidrez said. “This is an elite institution that offers an unbelievable experience both academically and athletically. I’m humbled to be able to come compete in one of the best conferences for women’s basketball.”

UT Tyler athletic director Dr. Howard Patterson said there were more than 125 applicants for the position.

“Not all of them were coaches,” Patterson joked. “We had people from all levels of competition — from NCAA Divisions I, II and III, NAIA, junior college, YMCA and Little Dribblers — apply for this position. We had quite a diverse group of applications and probably the deepest and best pool that I’ve seen in the time that I’ve been here at UT Tyler.

“However, one applicant stood out about the rest and really punched all of the buttons that were of my concern in order to take this program to greatness, and that’s Coach Alvidrez.”

Alvidrez was a standout player at Montana State University before playing professionally in Sweden.

Next season, UT Tyler will be eligible for postseason play for the first time as an NCAA Division II member. While many sports at the university have had a quick rise to success at the Division II level, the women’s basketball program will look to climb back to the level it was at not too long ago.

Now, the Patriots hope to return to prominence with Alvidrez at the helm.

“Our identity will be togetherness and unselfishness,” Alvidrez said. “It’s also about being efficient on both sides of the court.

“We’re going to win games, but there’s more to it than that. It’s about building relationships and helping these girls grow and get an education.”

Alvidrez said she wants to build a strong staff and then start recruiting.

“What’s most important to me first is my staff,” she said. “When you have a good staff, and it’s rolling, you’re going to be able to recruit. It’s about having a healthy culture from the top and for it to trickle down to the bottom.”

Alvidrez said she learned a lot from Stephen F. Austin head coach Mark Kellogg, who she played for as a senior at Montana State. While it wasn’t easy to leave her spot in Nacogdoches, she knew the timing was right to take over the program at UT Tyler.

“He told me he was going to fight for me, which he did,” Alvidrez said. “But he was also very supportive. And with him being right down the road and him having been in the conference, he gave me a lot of good advice.”