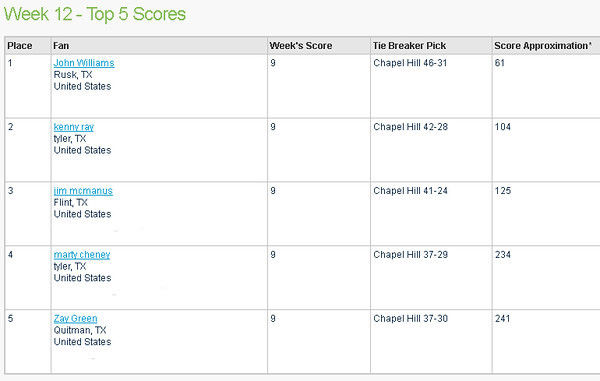 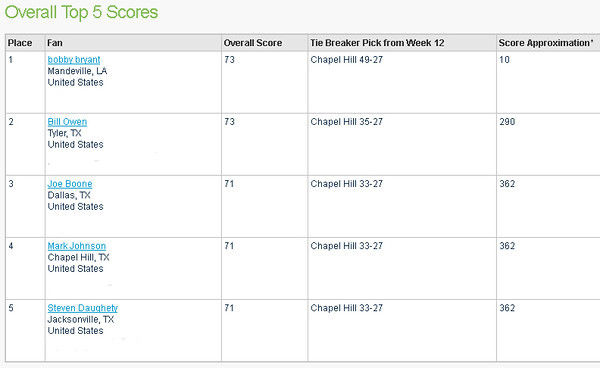 Bobby Bryant of Mandeville, La., was the overall winner of this year's high school Pigskin Picks competition on TylerPaper.com and ETFinalScore.com by the slimmest of margins.

Bryant and Bill Owen of Tyler both predicted 73 games correctly over the course of the season, but Bryant was declared the overall winner by virtue of the accuracy of his pick in the week 12 tiebreaker game between Athens and Chapel Hill. Bryant predicted a final score of Chapel Hill winning, 49-27. The actual score was Chapel Hill 52, Athens 26.

The week 12 winner was also decided by tiebreaker. John Williams of Rusk was one of several players who correctly predicted the winners of nine of 10 games. But Williams' final score prediction of Chapel Hill winning 46-31 was the most accurate among all those who tied.