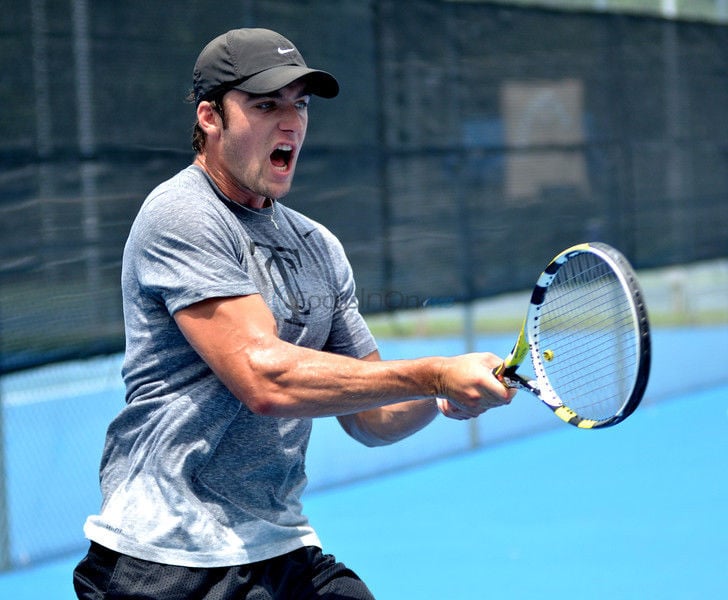 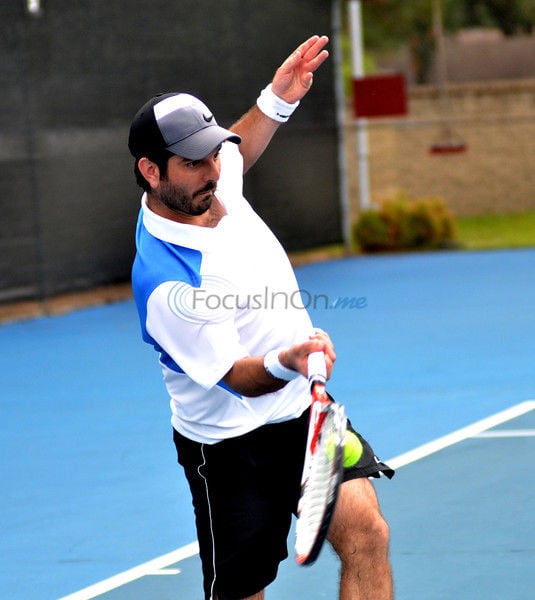 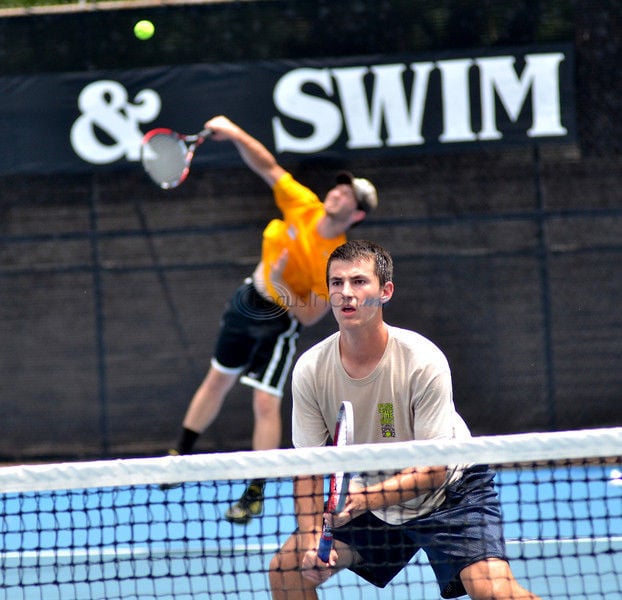 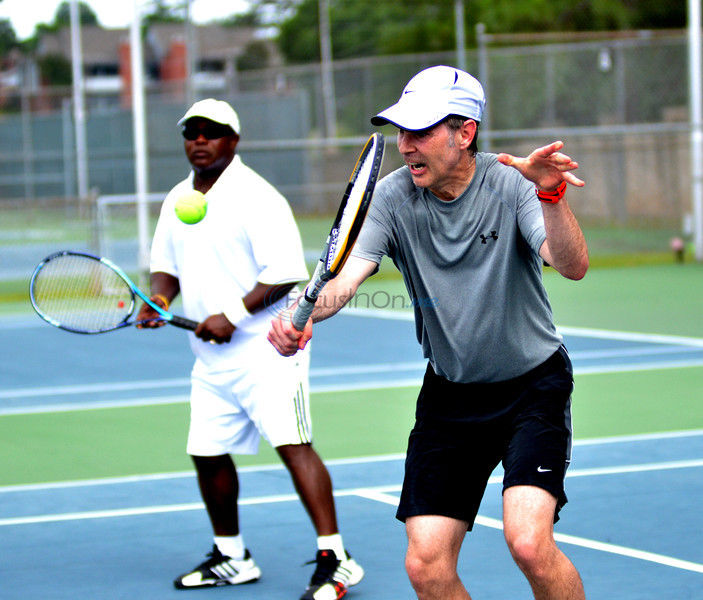 Tyler native Chris Singer sat on the sidewalk outside of the main office at Tyler Tennis & Swim. He was watching a Men's Open doubles tennis match along with several spectators who had gathered underneath the awning.

"I'm playing with my brother Kevin. This is actually our first tournament playing together," Singer said. "I've helped run this tournament and been involved with it for seven years but you can't play if you're running it. This is actually my first time getting to play in it."

Singer moved to Tyler from Missouri to go through the tennis tech program at Tyler Junior College.

"They run you through the basics of how to work with all different levels of players. They expose you to computer systems used to do event draws," Singer said. "You also do video analysis. The degree you get there is in facility management so you get a small business background as well."

During his time at TJC, Singer also worked at Tyler Tennis & Swim beginning in 2006. After graduation, he thought about moving back to Missouri but chose to stay in Tyler.

"I wanted to go back to Missouri but once I started working and enjoying the tennis community here and the profession I was in, I thought it wasn't broken so there was no need to fix it so we stayed," Singer said. "I've had two kids since the time I've been here with my wife. It's just a family city. It really grew on us and our family."

Singer now teaches tennis at the Faulkner Tennis Center at Faulkner Park, which sees close to 300 players a week of all ages.

"We do adult clinics and private lessons. We teach kids 4 years and up with a program called Quick Start Tennis," Singer said. "We do host tournaments like the East Texas Open and have pro shop services like racquet stringing."

Faulkner Tennis Center is one of several locations across the city being used to host the tournament this weekend, including Hollytree County Club, UT Tyler and All Saints Episcopal School. The tournament has hosted more than 500 competitors and Singer said he's not surprised.

"It's a huge tournament," Singer said. "This tournament has become known for Father's Day weekend. It's the only sanctioned adult open event in East Texas. There are several for kids but this is the only one for adults. The USTA only offers so many adult opens within a year. You can only have one per month so it's pretty much the only option because of limits of availability of draws."

The East Texas Open also has another distinction that attracts players from around the region.

"This tournament is called an adult major zone. The major zones tournaments offer a chance for ratings at all levels," Singer said. "Regular opens are tournaments where anyone can come out and play. Major zones are ranking tournaments that rate players by level and age so it's more specific than a regular tournament."

Singer added that having a tournament as big as the East Texas Open is huge not only for local players but for the community as a whole.

"It's phenomenal," he said. "For a population being just shy of 100,000 to have as many full programs and courts as they do is awesome. That's why the Tyler area can continue to host these types of USTA tournaments because the community will give up their entire courts to host. A lot of cities don't have that opportunity."

A lightning delay pushed back some game times on Day 2 of the East Texas Open and Adult Major Zone on Saturday. Despite the weather, all matches were completed with local players moving on to the next round of the tournament. The finals are set for today.

The Women's Open doubles final will also be the event's only match, as Kaitlyn Huskey of Tyler and Kylie Reynaud of Bullard face Andrea Booth and Amy Mills, both of Tyler. Booth was Huskey's high school coach at All Saints.

In the Men's Open doubles final, Tyler's Mitchell and James Martell will play Hunter and Yates Johnson of New Braunfels at 11 a.m.

Janssen teams with J.D. Miles of Dallas in the Mixed Doubles final to face Kevin Singer and UT Tyler netter Amy Friesenhahn of Austin at 2 p.m.

For the complete list of tournament results, visit tennislink.usta.com.