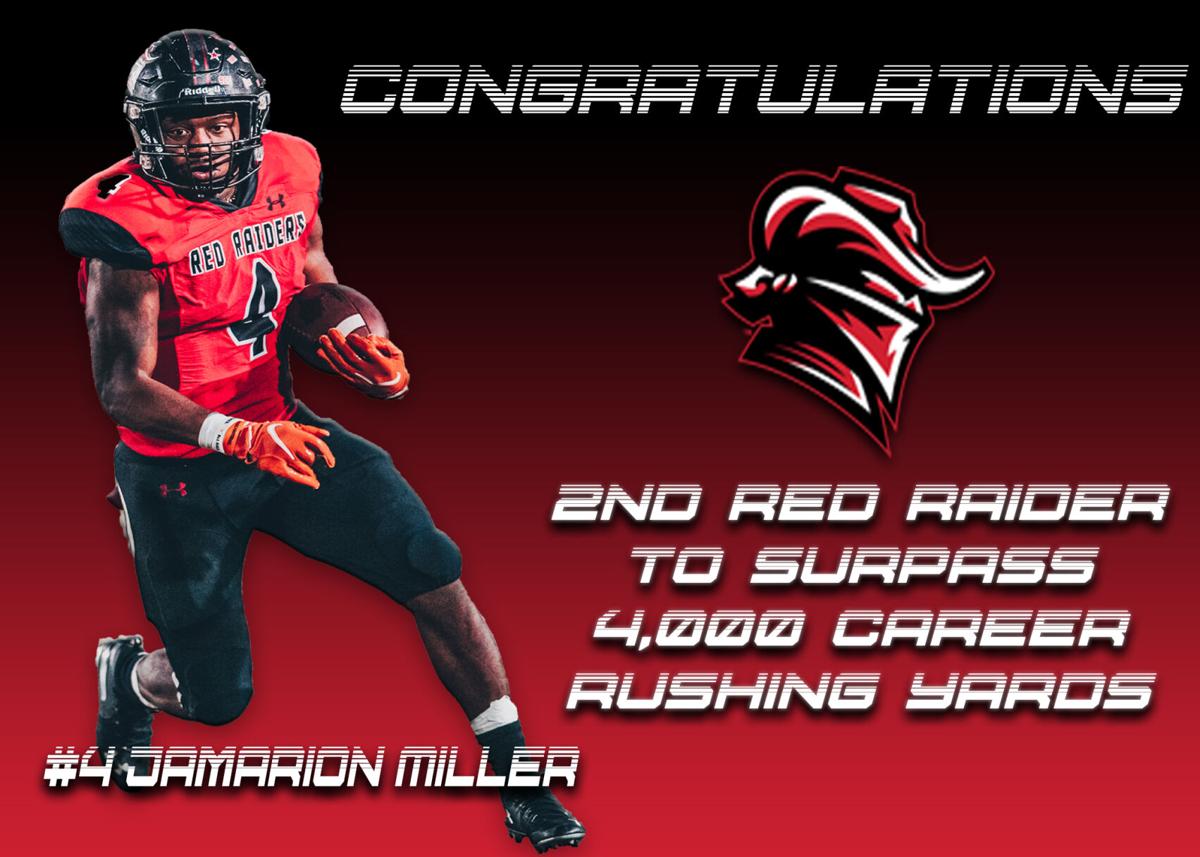 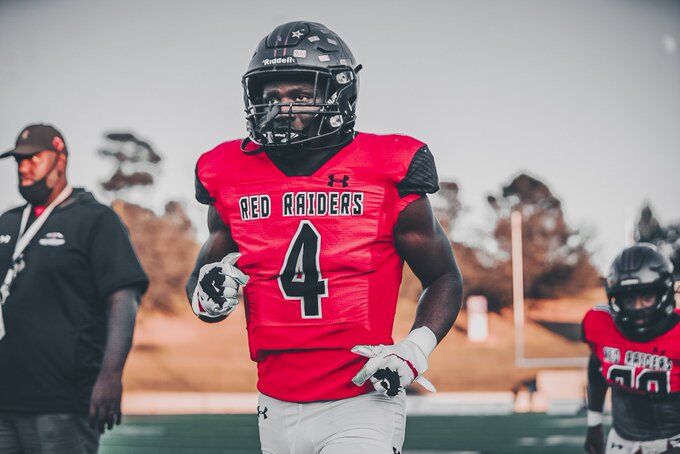 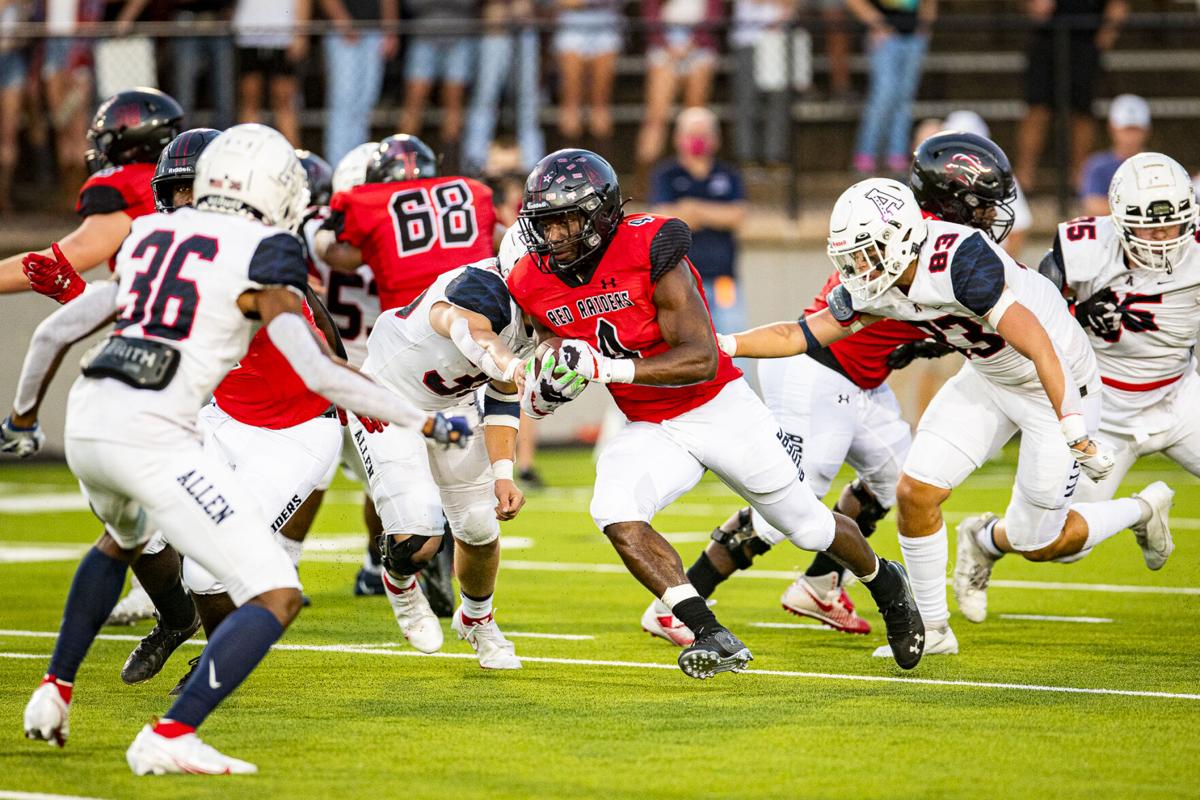 Tyler Legacy running back Jamarion Miller runs through the Allen defense. Miller went over the 4,000-yard mark in his high career on Thursday at Christus Trinity Mother Frances Rose Stadium. 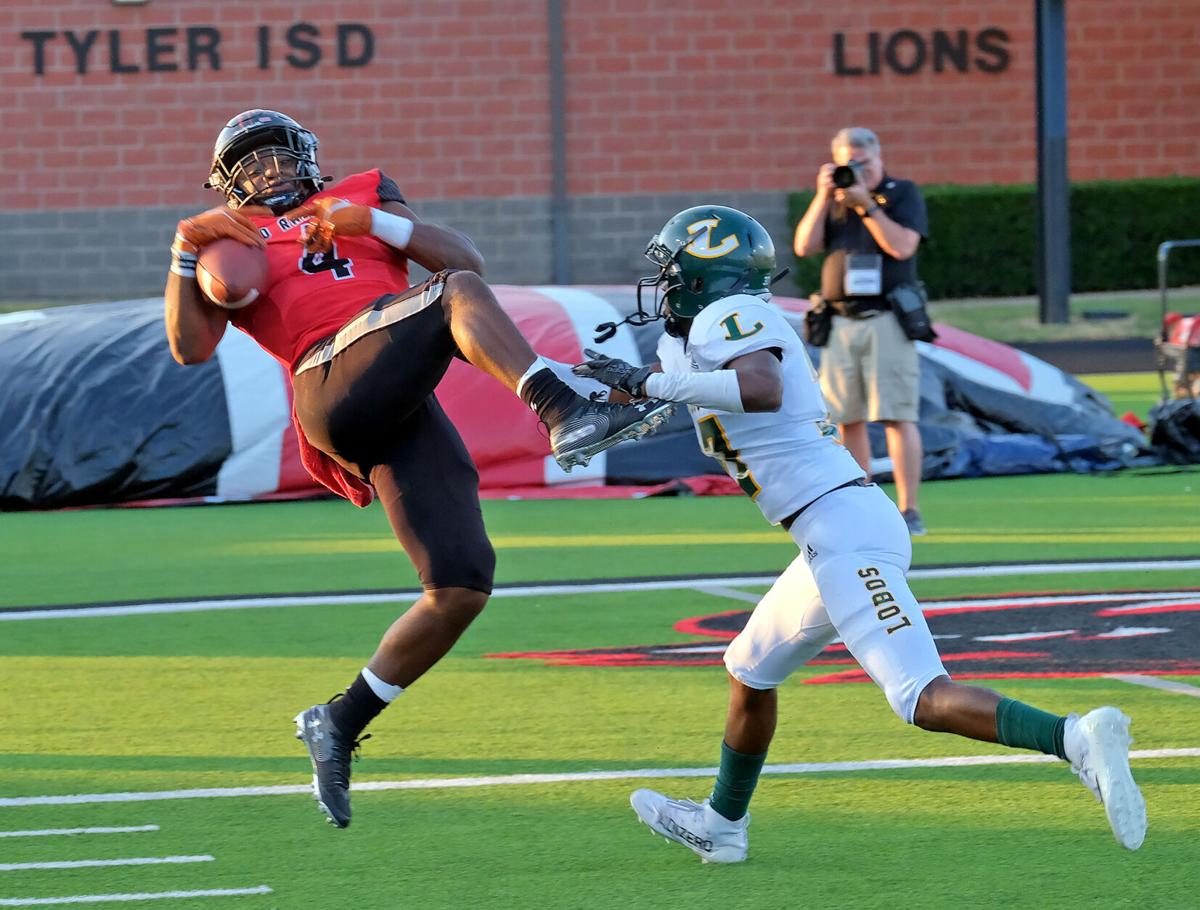 Tyler Legacy’s Jamarion Miller pulls down a pass near the goal line during Sept. game against Longview in Tyler. 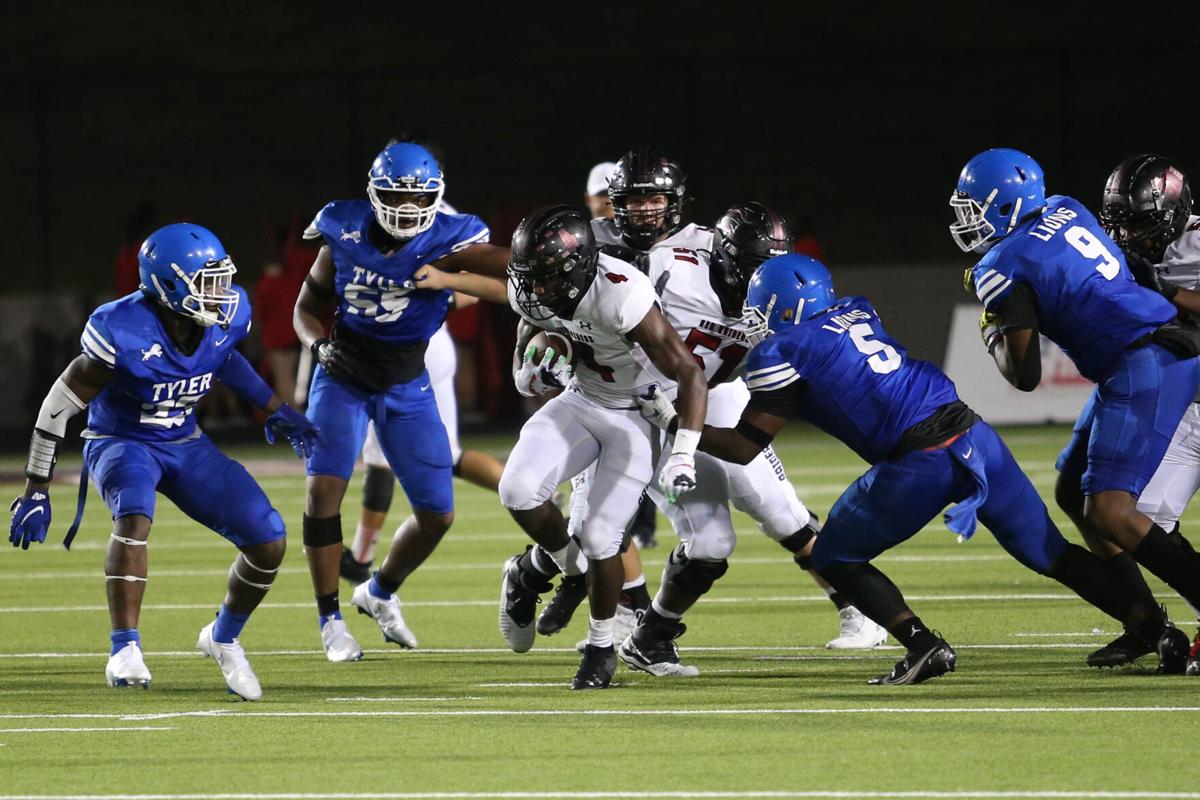 Tyler Legacy running back Jamarion Miller runs through the Allen defense. Miller went over the 4,000-yard mark in his high career on Thursday at Christus Trinity Mother Frances Rose Stadium.

Tyler Legacy’s Jamarion Miller pulls down a pass near the goal line during Sept. game against Longview in Tyler.

Jamarion Miller wants to be the all-time leading rusher in the history of Robert E. Lee/Tyler Legacy High School.

Miller took a giant step closer to achieving that feat in the Red Raiders’ 49-28 loss to Allen on Sept. 16.

On his third carry of the night in the first quarter, Miller went 57 yards down to the Allen 8-yard line. That made Miller just the second Red Raider in program history to eclipse the 4,000-yard rushing mark in a career.

“I didn’t have no clue that I was that close,” Miller said. “I just heard it from the announcer. It kind of shocked me a little bit, but I had to stay focused on the game.”

He also had to retrieve his shoe.

“It’s incredible, and to break the record with one shoe off too,” Legacy head football coach Joe Willis said. “He threw his shoe in the middle of that run.”

After surpassing the 4,000-yard mark, Miller, who currently sits at 4,027 yards, has his eyes set on the top spot.

“Knowing that I’m one of the two Red Raiders to reach that rushing yard limit, I know there is still more opportunity for me to get in that first place spot,” Miller said.

Willis, who has coached Miller the past two seasons, isn’t surprised by anything Miller achieves.

“Anytime you have 4,000 yards in a career, one it goes to show that you’ve been playing a long time, and two, it just goes to show how consistent his approach is,” Willis said. “The thing that everybody should know about Jamarion is he’s not just a talented player, he’s one of the hardest workers and best leaders we’ve got in the program.

“It’s really a great accomplishment. I expect him to continue to break records around here. I think there’s no doubt he’s going to end up being the all-time leading rushing by the time it’s all said and done.”

Miller credits his coaches and offensive linemen throughout his career for his success.

“The coaches have helped me from the beginning,” Miller said. “Every little mistake I made, they would always tell me how to fix those mistakes. I would learn from that mistake and get it right the next time. And I wouldn’t be where I am right now without my offensive line. They’re the reason why I’m where I’m at right now, so I’m just really blessed that I got them in front of me.”

Miller, who is committed to the University of Texas, is a four-star recruit who is rated as the No. 7 running back in the country by 247sports.

“What a neat deal it is that he’s in the backfield with a guy that’s had great performances this year, as well,” Willis said. “We’ve got two guys that are really very effective runners and both of them are catching the ball, as well. I’m excited what we can do in the district race, especially when we have those guys out there almost every offensive snap. It’s a lot for a defense to handle.”

Donnell accounted for all four of the Red Raiders’ touchdowns against Allen.

Donnell currently sits at ninth on the all-time rushing yardage list for the Red Raiders with 2,088 yards.