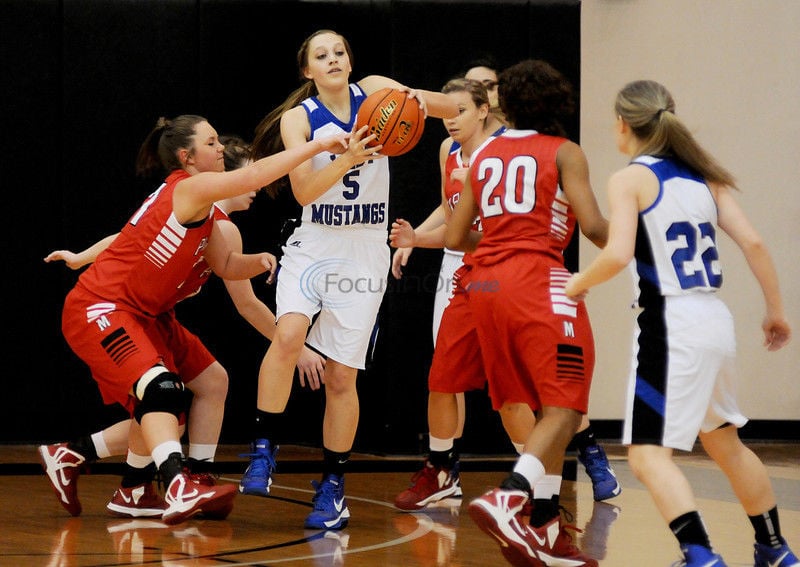 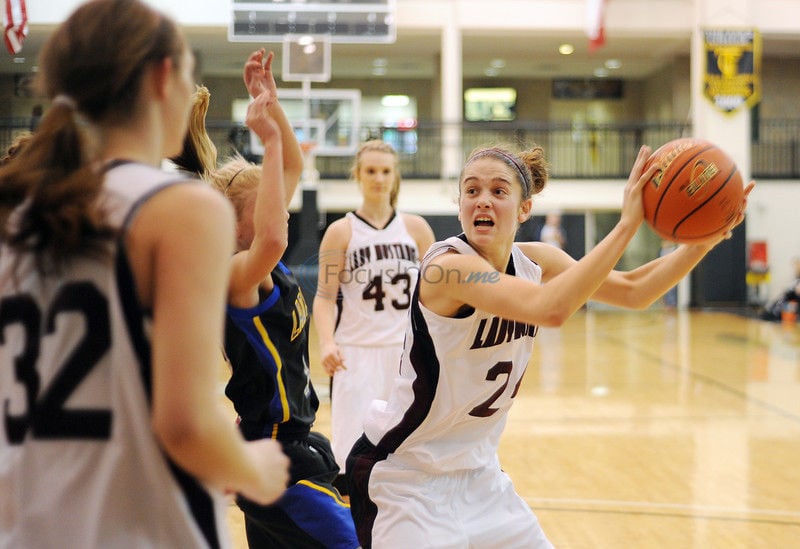 But there are some Lady Mustangs from Slocum standing in their way.

The two powerhouse East Texas squads will be eyeing Austin when they meet in the Class 1A Division I Region III championship at Tyler Junior College's Wagstaff Gymnasium.

But the Lady Mustangs and their fans wouldn't have it any other way.

Slocum's suffocating defense clamped down on the Lady Pirates.

After falling behind 7-2, the Lady Mustangs came back and controlled the game.

Larkin, Ives and Landry Lane each had six boards.

Gabby Spencer had 17 points and seven rebounds. She was the only Lady Pirate in double figures scoring, but Daisy Sequeda, a 5-5 sophomore, had 12 rebounds. Emily Knight had seven boards.

Slocum had only six turnovers in the game, while Martinsville had just eight.

Martins Mill was challenged for one of the few times in regionals.

Big outbursts in the first and fourth quarters helped the Lady Mustangs hold off the Lady Eagles.

Martins Mill broke out to a 17-4 first-quarter lead, forcing Zavalla coach Jan West to take three timeouts to try and settle her squad.

It worked as the Lady Eagles fought back to tie the game at 27-27 at halftime and 38-38 entering the fourth quarter.

With Martins Mill up 44-42 with just under three minutes left in the game, the Lady Mustangs ran off six straight points (two by Haily Jenkins and four from Taylor Munns) to take a 50-42 lead with just 1:13 left in the game.

"Zavalla came out to play," Martins Mill coach Doug Barncastle said. "A couple of times we had a chance to open it up, but Zavalla hit the shots when they needed to. We came out in the fourth (quarter) and played well defensively. I thought we dug our heels in and made some smart decisions."

Class 1A Division I