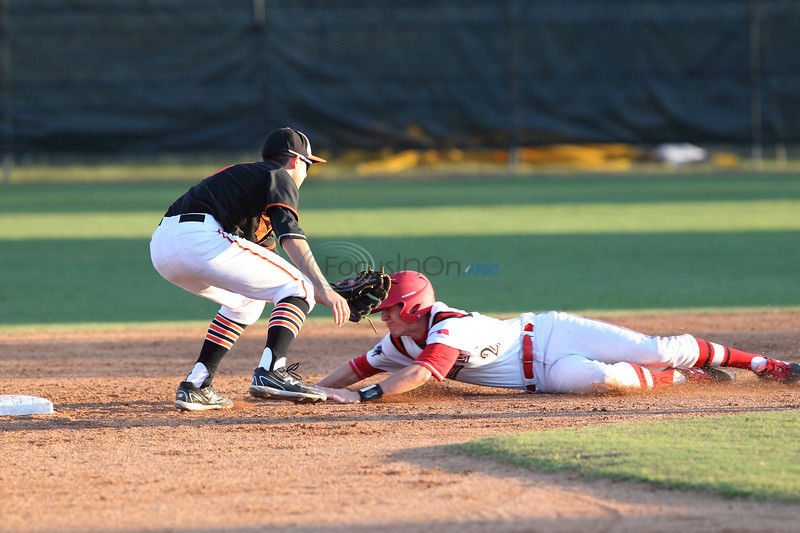 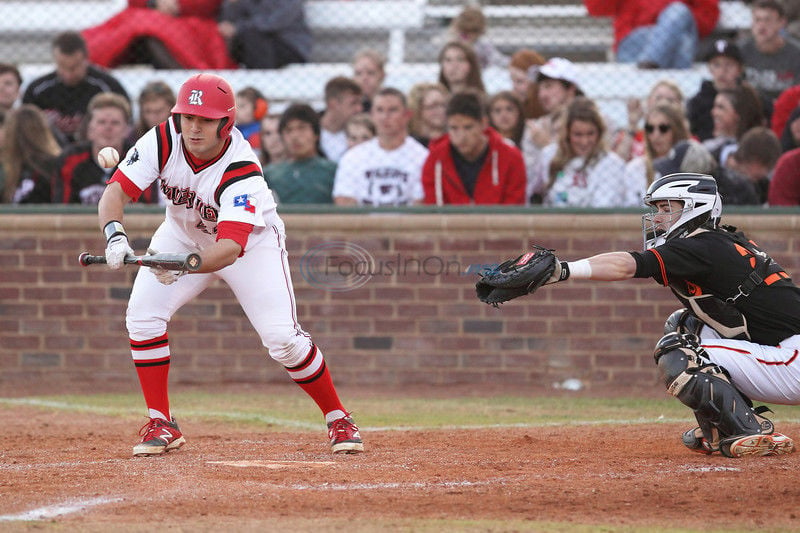 Rockwall scored runs in all but two innings to down Robert E. Lee 9-3 Tuesday at Mike Carter Field.

The Yellowjackets (8-2 in District 12-5A) not only snapped REL’s two-game winning run, but spoiled Senior Night for 12 Red Raiders. The loss dropped Lee to 4-5 in district with a road game slated for Friday at Mesquite before the regular-season finale at home against Longview.

Lee controls its playoff destiny. Despite the setback, REL can guarantee itself a spot in the postseason with wins in its remaining two games.

“The good thing for us is everything we want is still right in front of us,” Lee coach David Howard said about the mission of qualfying for the postseason a 13th consecutive year.

“We just talked (to the players) that we have to put this game behind us and get ready for Friday.”

Rockwall pitcher Shayne Nance went 6 1-3 innings before yielding to Carter Lilly for the final two outs in the seventh. Nance gave up three runs on three hits with two walks and seven strikeouts.

REL scratched for a run off Nance in the bottom of the second to tie the game 1-1. Nance held REL at bay after that until the seventh.

“Their kid threw hard, he threw strikes and they made every single play,” Howard said. “We missed a few chances early, but for the most part, he kind of matched us.”

Rockwall’s Brad Barnett led off the game with a walk, stole second and scored on a two-out RBI single from catcher Garret Moon.

The Red Raiders answered in the bottom of the second when Chandler Hill reached on an error and Ryan Rendon put runners at first and second when Moon tried to get the lead runner on his sacrifice bunt attempt and the throw went high, allowing both players to reach safely.

With the infield charging for another expected bunt, Jordan Caraway instead pulled it back and slapped a bouncer just out of the reach of both infielders for a single to score Hill.

Lee’s next scoring opportunity occurred in the fifth inning. Trailing 7-1, Parker Bramlett singled and went to third on a two-out single by Tyler Jones. Both were left stranded.

In the sixth, Hill smacked a one-out double but advanced no further as Nance struck out the next two batters.

Down 9-1 in the bottom of the seventh, REL finally chased Nance and got some more runs on the board with an RBI double by Bramlett and sacrifice fly from Garrett Hudson.

Lee is back on the diamond Friday against Mesquite. First pitch is scheduled for 7 p.m. at Copeland Field.