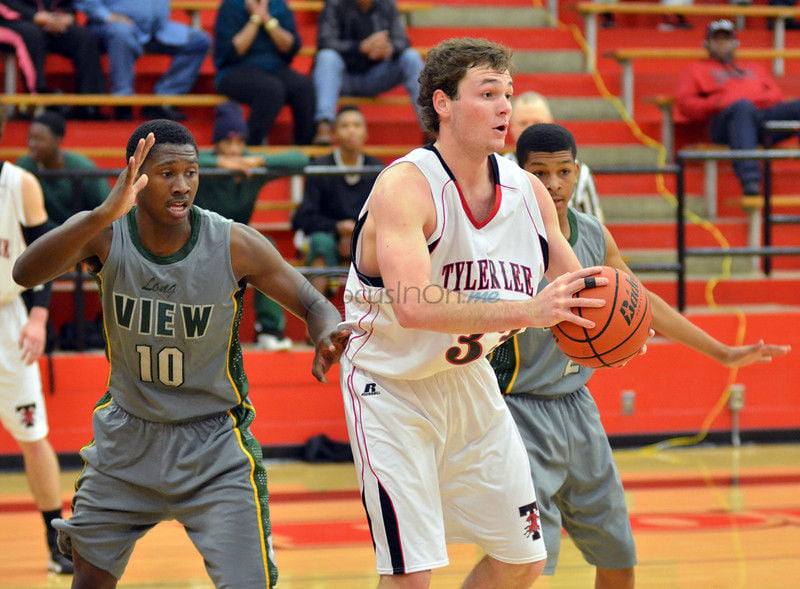 Robert E. Lee's Caleb Johnston has been a key for the Red Raiders making the playoffs this season. (Victor Texcucano | Tyler Morning Telegraph) 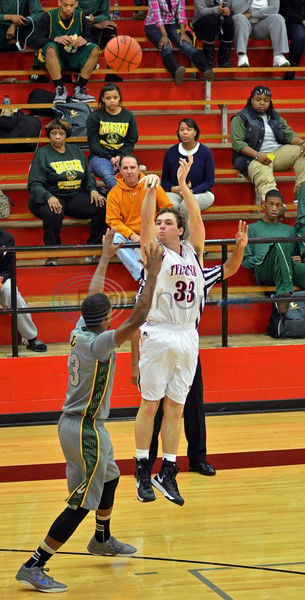 Robert E. Lee's Caleb Johnston has been a key for the Red Raiders making the playoffs this season. (Victor Texcucano | Tyler Morning Telegraph)

VAN — Robert E. Lee last reached the basketball playoffs in 2007. The Red Raiders lost to Richardson Berkner in the area round.

Caleb Johnston doesn't remember the game, but the starting forward has a good reason for the memory loss.

"That night I was actually sick and not able to go," said Johnston, a junior and son of Lee coach Alan Johnston. "I remember that team, though."

He hopes this year's team is also remembered for its playoff successes with the first hurdle on Tuesday. Robert E. Lee (21-10) faces Garland Lakeview Centennial (26-8) at 7 p.m. tonight in a Class 5A bi-district game at Van High School.

The Red Raiders enter the postseason off a victory Saturday against Pleasant Grove in a warm-up game with Lakeview Centennial falling to Dallas Madison in is warm-up game.

Johnston knows what he and the Red Raiders are up against in Centennial, the top seed from District 11-5A. But he and his teammates have been setting expectations and meeting them; and understand this is another step on what they hope is a long journey.

"Our coaches tell us every day that our defense is what stands out to them," Johnston said. "(Lakeview Centennial) has some length, some height and we will just have to get back there and do our job."

Listed at 6-4, Johnston has averaged just under a double-double per game. He missed all of district last year after suffering a wrist injury, but vowed to come back stronger and help REL get over the hump.

"He's a well-rounded player. He's been raised in the gym and he just loves the game of basketball."

Johnston added having his dad as head coach has been a good thing.

"It's fun; a lot of people think he's harder on me, but it's not true. He works me like everyone else and treats me like a normal kid," Johnston said.

Despite the playoff drought, Lee has been efficient in bi-district winning in its last two appearances, 2007 over Dallas W.T. White and 2005 — against Lakeview Centennial.

"It has not been easy, but it's been a fun ride so far," Johnston said. "I hope it's able to continue."