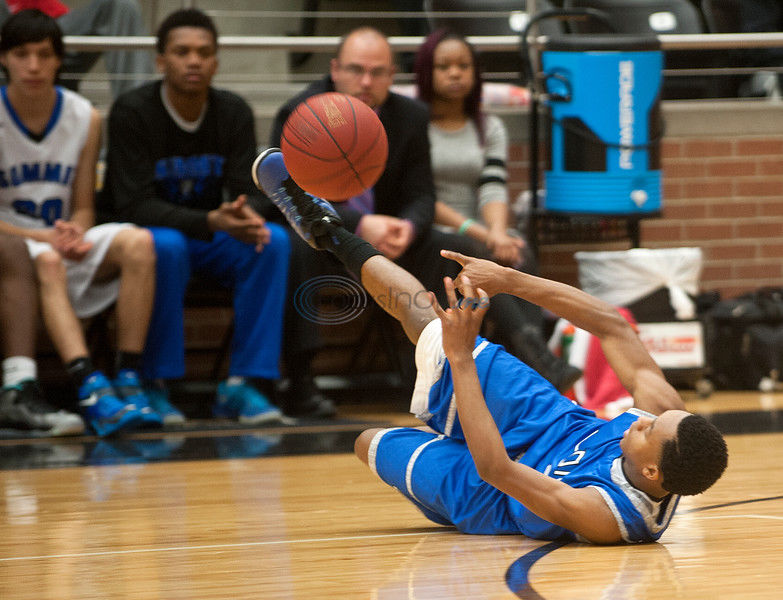 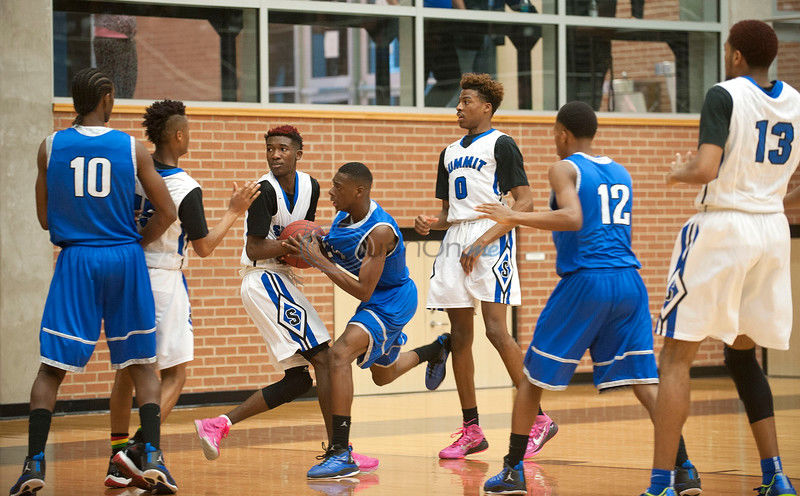 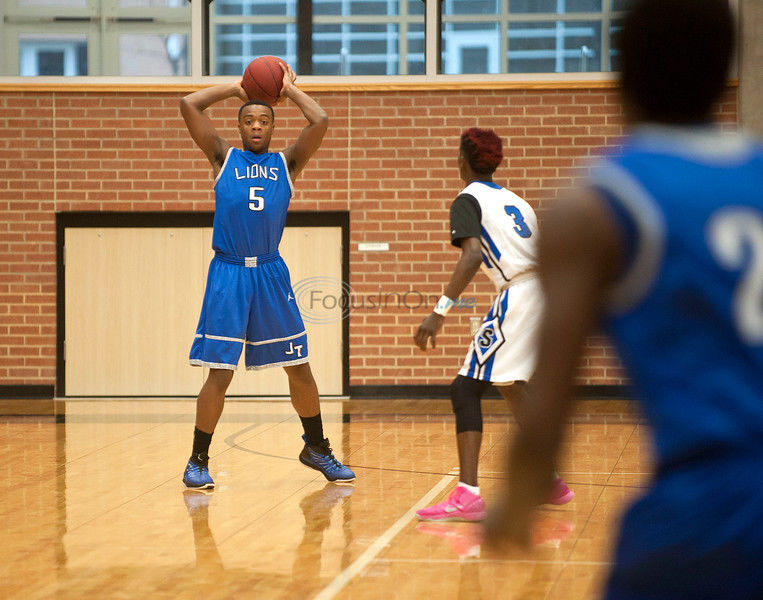 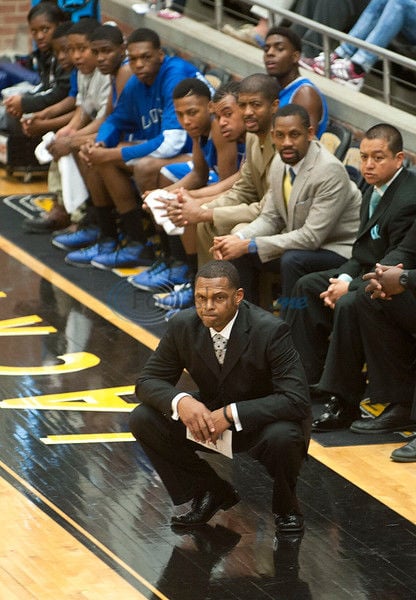 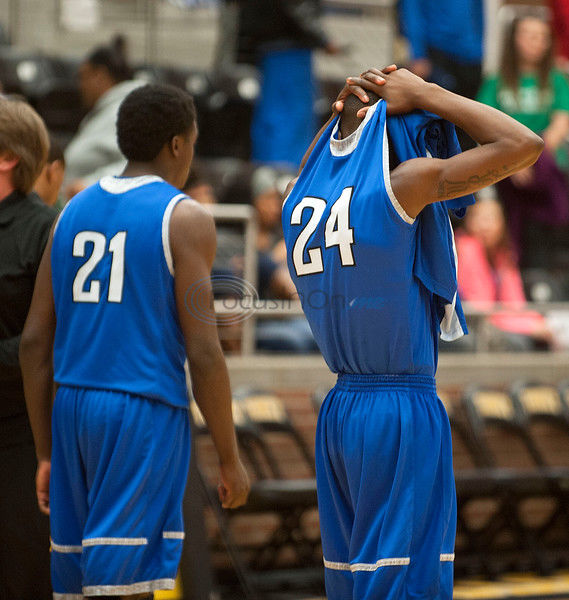 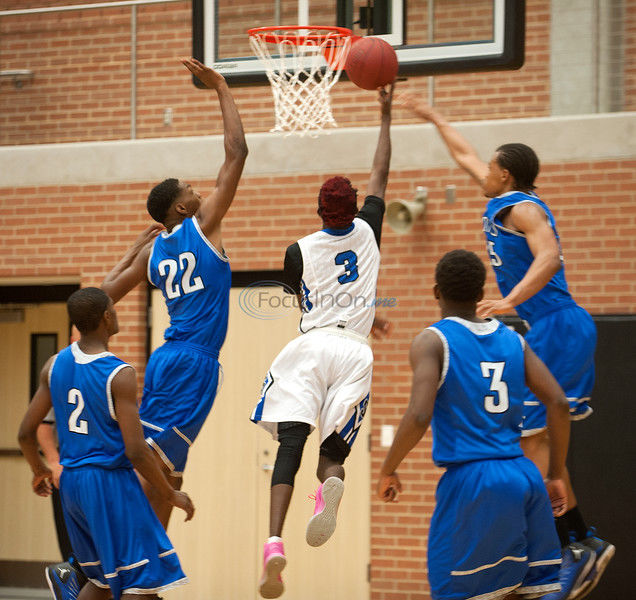 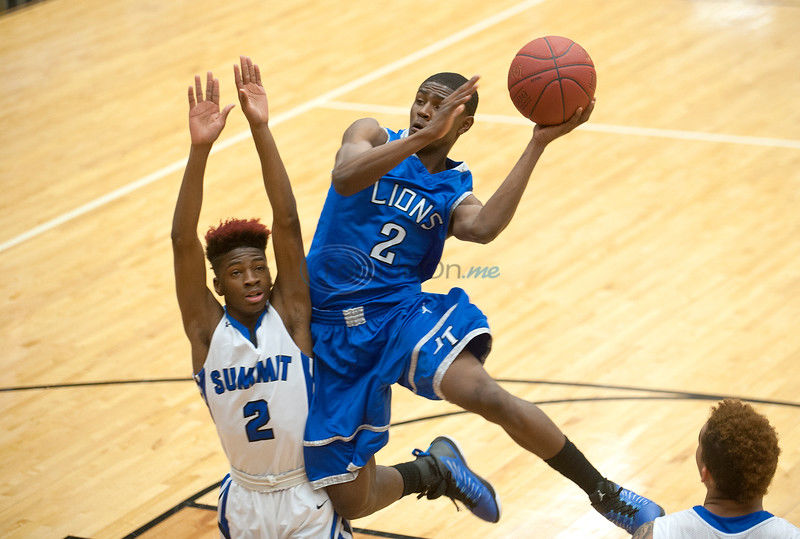 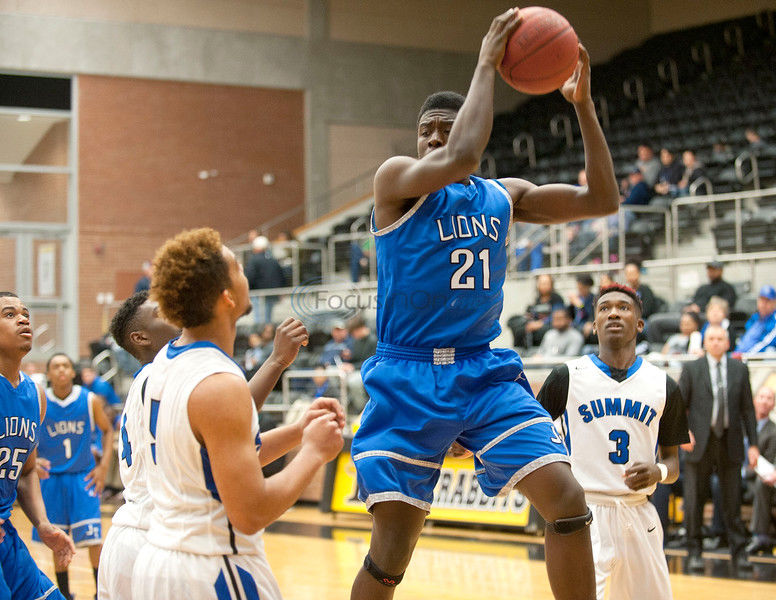 FORNEY — As soon as Mansfield Summit coach Jason Mutterer learned his team would be facing John Tyler in the area playoffs, he found the game film from the last time the two met.

The Lions beat his Jaguars in a bi-district game in 2013 and with four players returning for the rematch, Mutterer knew just how to motivate them.

"It was redemption for us," he said. "That was our key; that was our phrase for this game."

Junior Curtis Hollis scored 26 points to lead three Jaguars with at least 16 points as 19th-ranked Summit took down John Tyler 77-60 on Saturday in the Class 5A area playoffs at Jackrabbit Gymnasium.

Lovell Cabbil and Terrance Hubby, Summit's leading scorers in a 62-58 loss to JT two years ago, added 18 and 16 points, respectively. The Jaguars, who have 12 seniors on a roster of 14, advance to face No. 6 Dallas Kimball in the regional quarterfinals next week.

John Tyler senior Ja'Khari Lewis scored 15 of his 20 points in the second half to lead the Lions. Martese Christian added 10 points while fellow senior J'Michael Jasper pulled down a game-high 11 rebounds.

"It hurts a lot," Christian said of the loss. "But to play basketball with those 10 guys in the locker room, it's a blessing."

The Lions (20-13) scored the game's first five points but fell behind by 16 with two minutes left in the first half. JT got back within 10 by halftime and played even in the third quarter before making a run.

Lewis' third 3-pointer of the game capped a 6-2 spurt to pull the Lions within 57-51, but Summit responded with a quick basket to start an 11-0 run that put the game away.

"It's tough; we kind of ran out of gas a little bit there down the stretch," JT coach Cedeno Clark said.

Added Lewis: "They played harder," Lewis said. "They had heart; they wanted the win."

Summit, which shot 46 percent, used a devastating fast-break offense to score before JT's defense could set up. The pinnacle of those efforts were displayed when Hubby grabbed a rebound, tossed it forward to Cabbil who lobbed an alley-oop to Hollis, who finished the three-point play during a 19-2 run in the second quarter.

"The turnovers killed us and they converted on the other end with a lot of fast-break points," Christian said. "That's what really gave them their big lead because they didn't score in the half court."

Summit countered by making 24 free throws on 39 attempts, with Cabbil going 10 for 12 from the stripe to hold off the Lions.

"We're blessed to move on to the quarterfinals."

The Lions will graduate five players from Saturday's squad, with all five saying the team's brotherhood was what they'll remember most about this season.

That — and waking up at 6 a.m. for cross country runs before the season.

"I remember that the most because nobody wanted to be there, but everybody had the dedication to be there," Christian said.

Through it all JT had to fight every game to earn the fourth seed from 16-5A via a playoff with Nacogdoches before taking down one-loss Marshall in the bi-district round.

"Not all was sad," senior Guquay Miller said of emotions after the game. "There was joy because we gave it all, we gave everything we could to try to come back."

NEXT UP — Summit vs. Dallas Kimball, TBD.