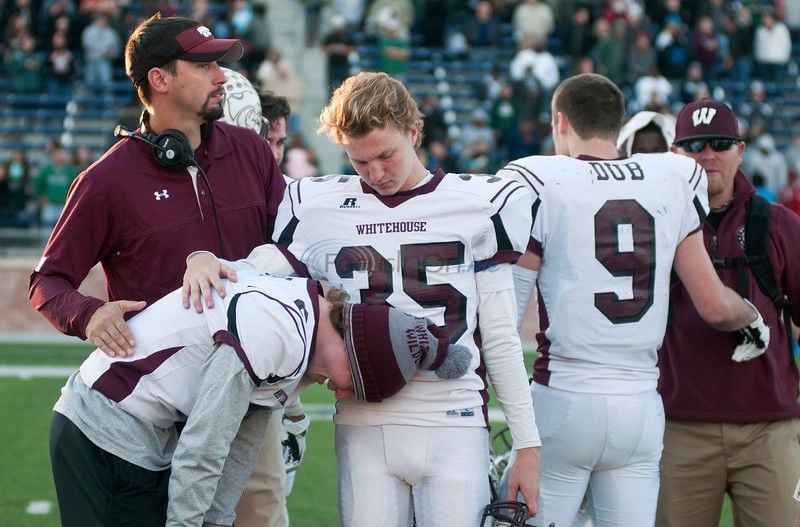 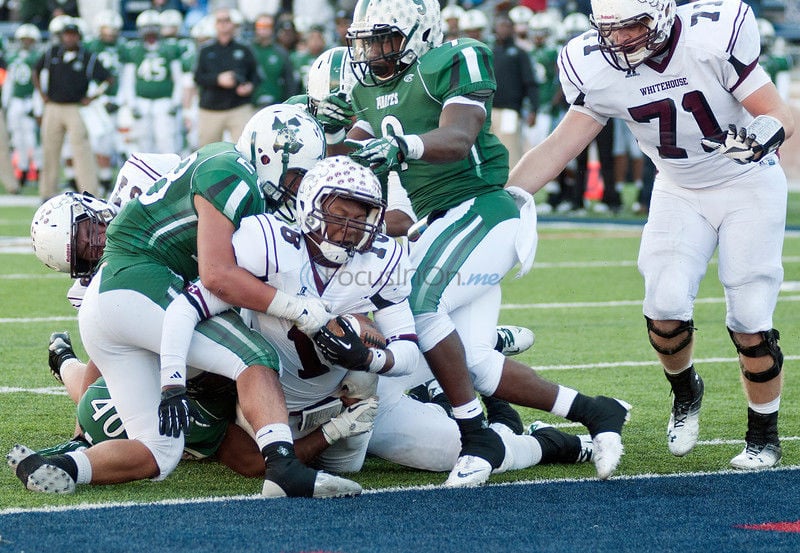 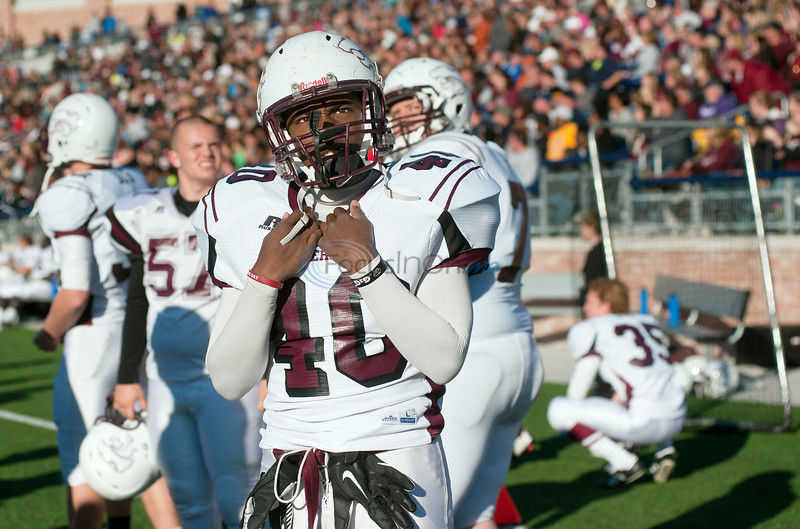 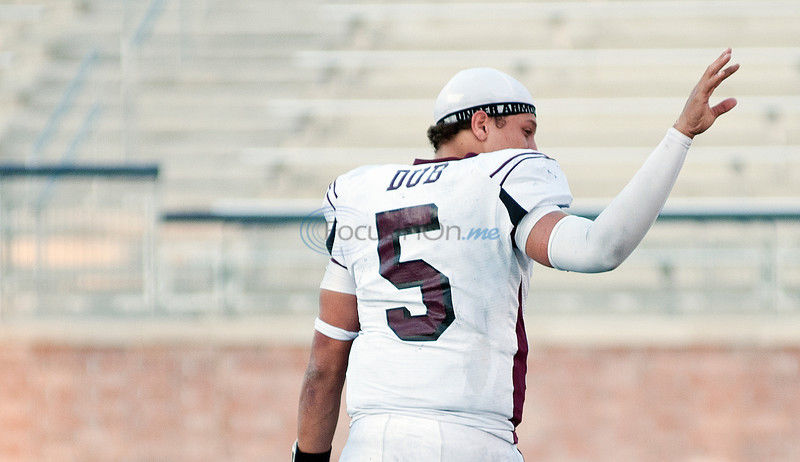 ALLEN — It was one of the greatest quarterbacking performances in the history of Texas high school football, but in the end it wasn't enough to keep Whitehouse unbeaten.

Despite 605 passing yards from Patrick Mahomes, fifth-most in state history, the Wildcats came up just short against Mesquite Poteet in a 65-60 loss in the Class 4A Division II regional playoffs on Friday at Eagles Stadium.

Whitehouse ended its best season ever at 12-1 as Mahomes' stellar career under center came to a close. The senior signal-caller threw for 8,444 yards in two seasons running the Wildcats' offense, including 4,605 yards and 50 touchdowns this season.

"There's no doubt that it's in my mind the best season in Whitehouse history," Wildcats first-year coach Adam Cook said. "The thing that I will look back on … is those kids.

"I think it was the love they had for each other, the fight that they had, the fact that they didn't want to let each other down."

The Pirates (12-1) advance to face either Frisco or Ennis in the state quarterfinals next week.

The Wildcats, who trailed for most of the game, had a chance to win with a final drive with 1:39 to play. Mahomes completed a 13-yard pass on fourth-and-1 to Ryan Cheatham to reach the Pirates' 45-yard line with less than a minute remaining but, on the next play, Mahomes' pass was bobbled by the Whitehouse receiver, allowing Poteet's Malachi Cobb to swoop in for a game-clinching interception.

Mahomes completed 36 of 61 passes with five touchdowns and two interceptions, one in the final minute of each half. He added 47 yards and two touchdowns on the ground.

"The thing that Patrick's done is he helps in the fact that he raises the play of everybody else and then they believe," Cook said.

Whitehouse senior Jake Parker hauled in 11 passes for 294 yards and four touchdowns, overcoming an early personal foul penalty after an exchange on the Poteet sideline in the first quarter. Parker played both ways for much of the game, often drawing the Pirates' top receiver, Kody Edwards.

"He competes so hard," Cook said of Parker. "He's going to give you everything he's got. For him to get that penalty early and then not get another one as much as they were pushing on him … he kept his composure, kept his cool. You'd have to drag him off the field."

Edwards still managed to go for 161 yards and two touchdowns on seven catches, and returned a kickoff 90 yards for another score to lead Poteet. Pirates quarterback Lane Novy finished with 429 yards with six touchdowns and no interceptions. Jaylon Smith ran for 89 yards and two scores in the win.

Novy kept the chains moving for Poteet, which converted 8 of 16 third downs and all three fourth-down attempts.

The Pirates' ability to make critical plays proved pivotal. Poteet won the turnover battle 3-0 and recovered its lone onside kick attempt, coming during a 21-0 spurt in the second quarter that put the Pirates up 35-20.

Whitehouse, meanwhile, was left chasing points — going 1 for 4 on two-point conversions and failing to recover back-to-back onside kick attempts in the third quarter.

Despite that — and trailing 58-39 with 4:03 left in the third — the Wildcats fought back and nearly extended their dream season.

But the bobbled pass left Whitehouse fans wondering what might have been had they not suffered season-ending injuries to key players such as Reggie Long, Coleman Patterson, Vincent Dunning and Justin Dunning.

The Wildcats will graduate 37 seniors, including Mahomes, who has a decision to make about whether to play baseball — if he's drafted this summer — or play football at Texas Tech.

Regardless of the future, Cook and the Whitehouse community will have plenty of memories from the 2013 season, which included its first-ever win over John Tyler to claim the District 16-4A championship.

"I just love these kids," Cook said. "It's been a great, great season and now it's on to the offseason for these young kids."