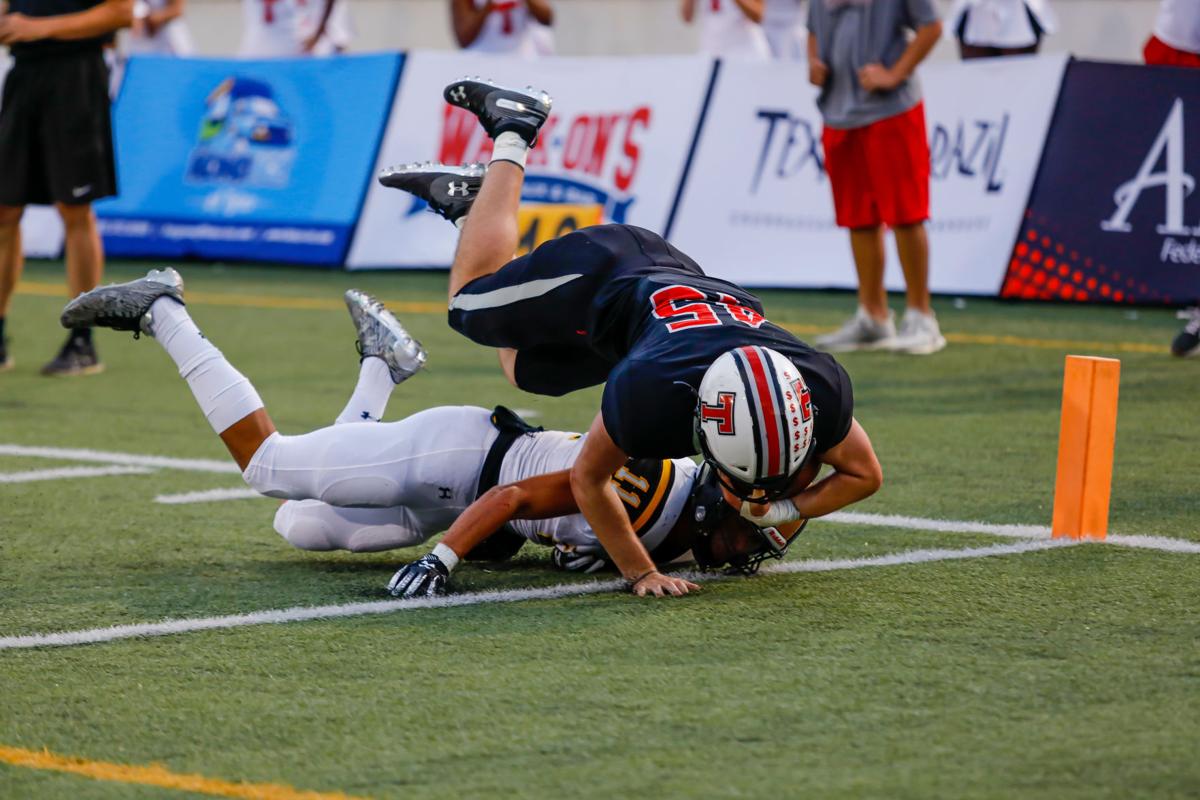 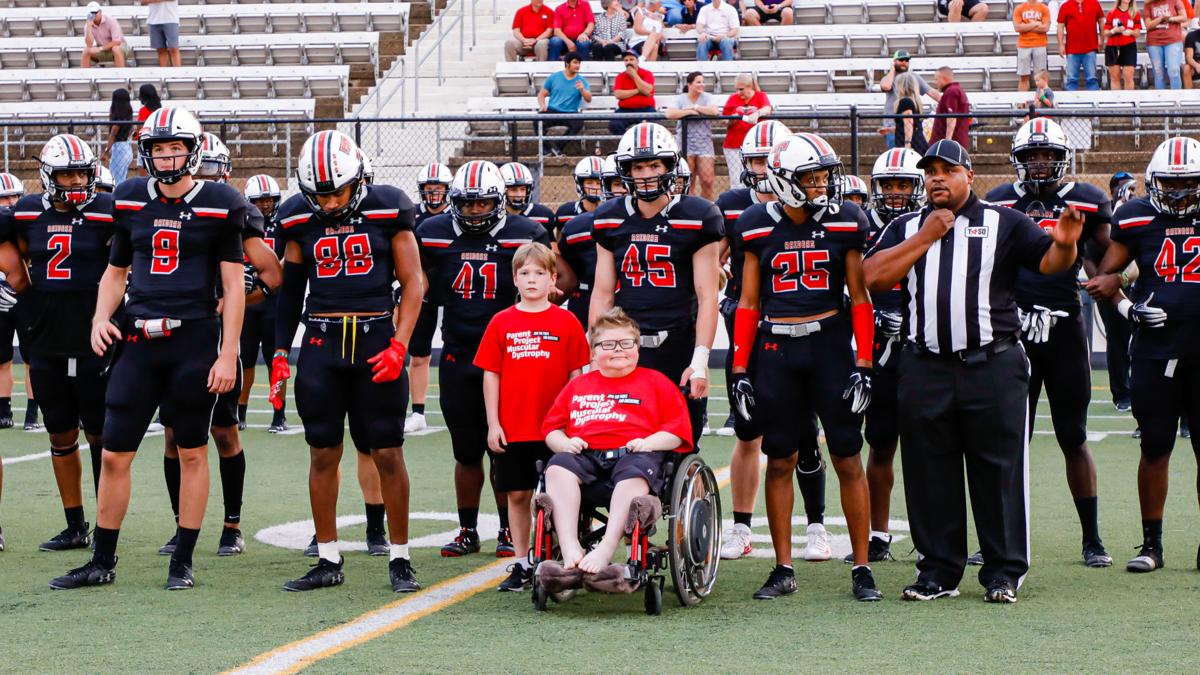 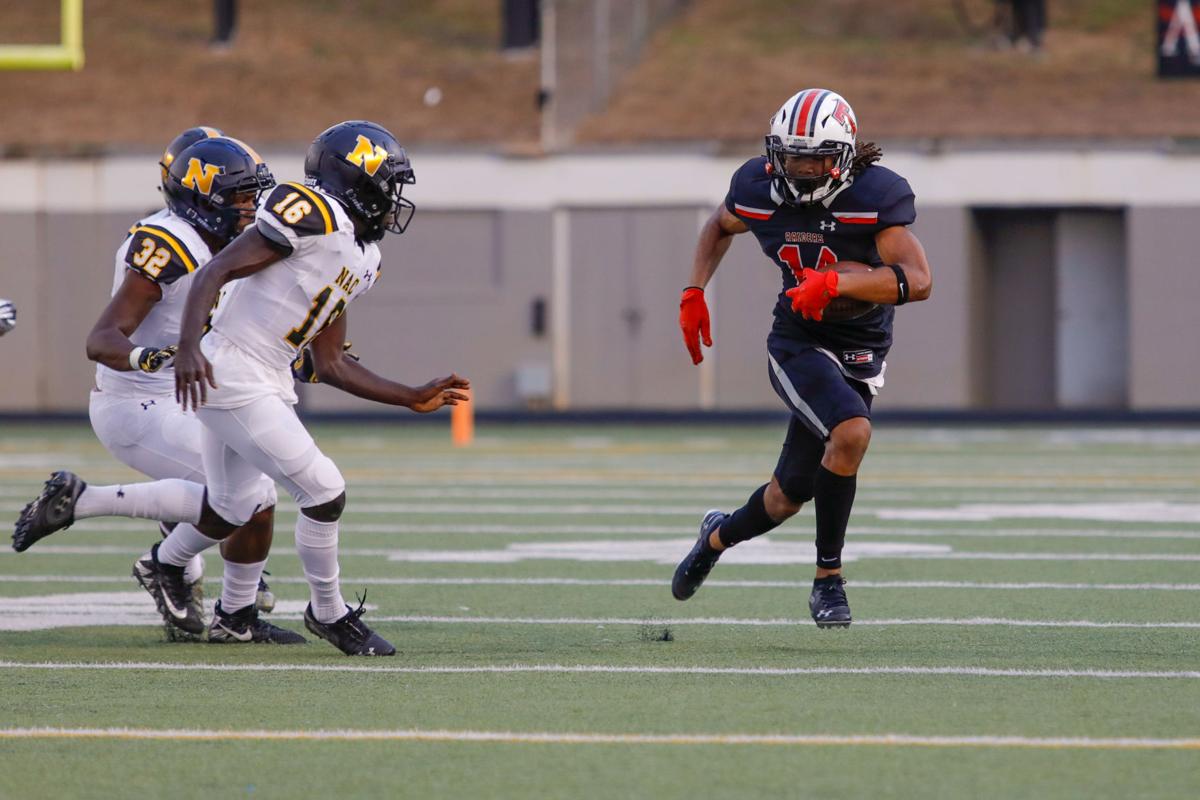 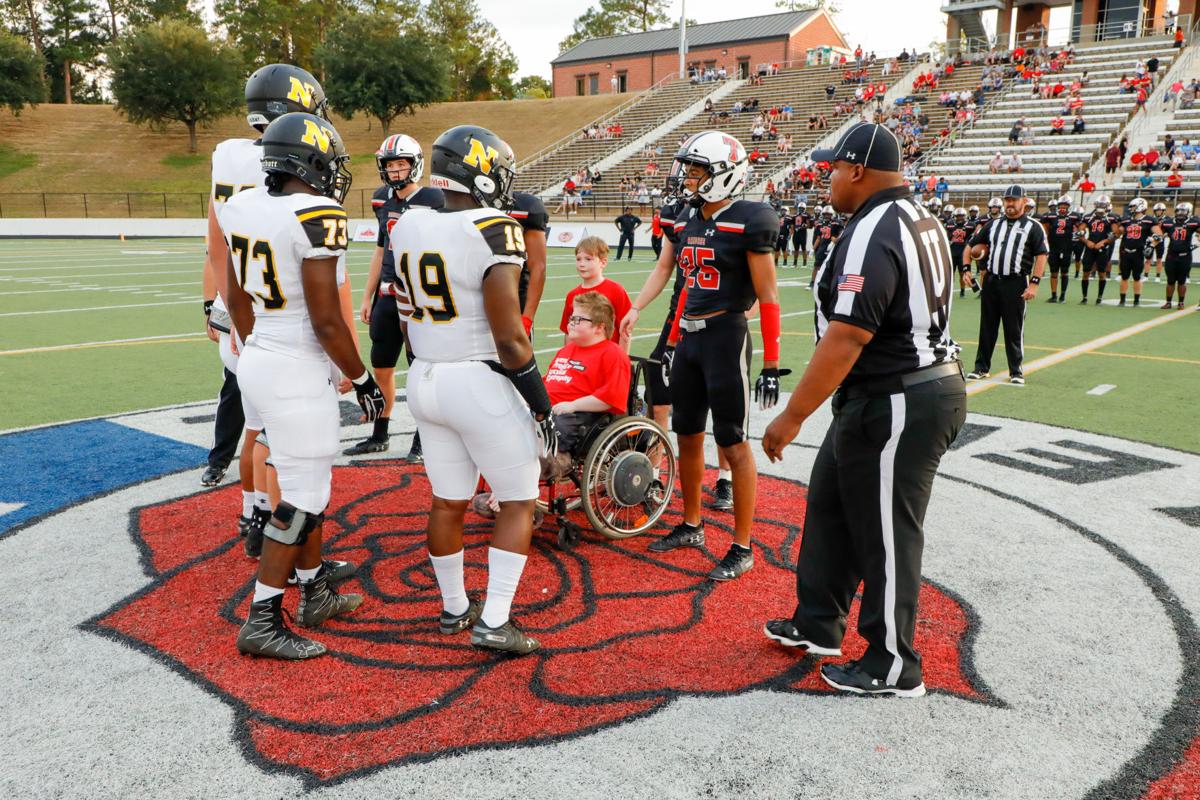 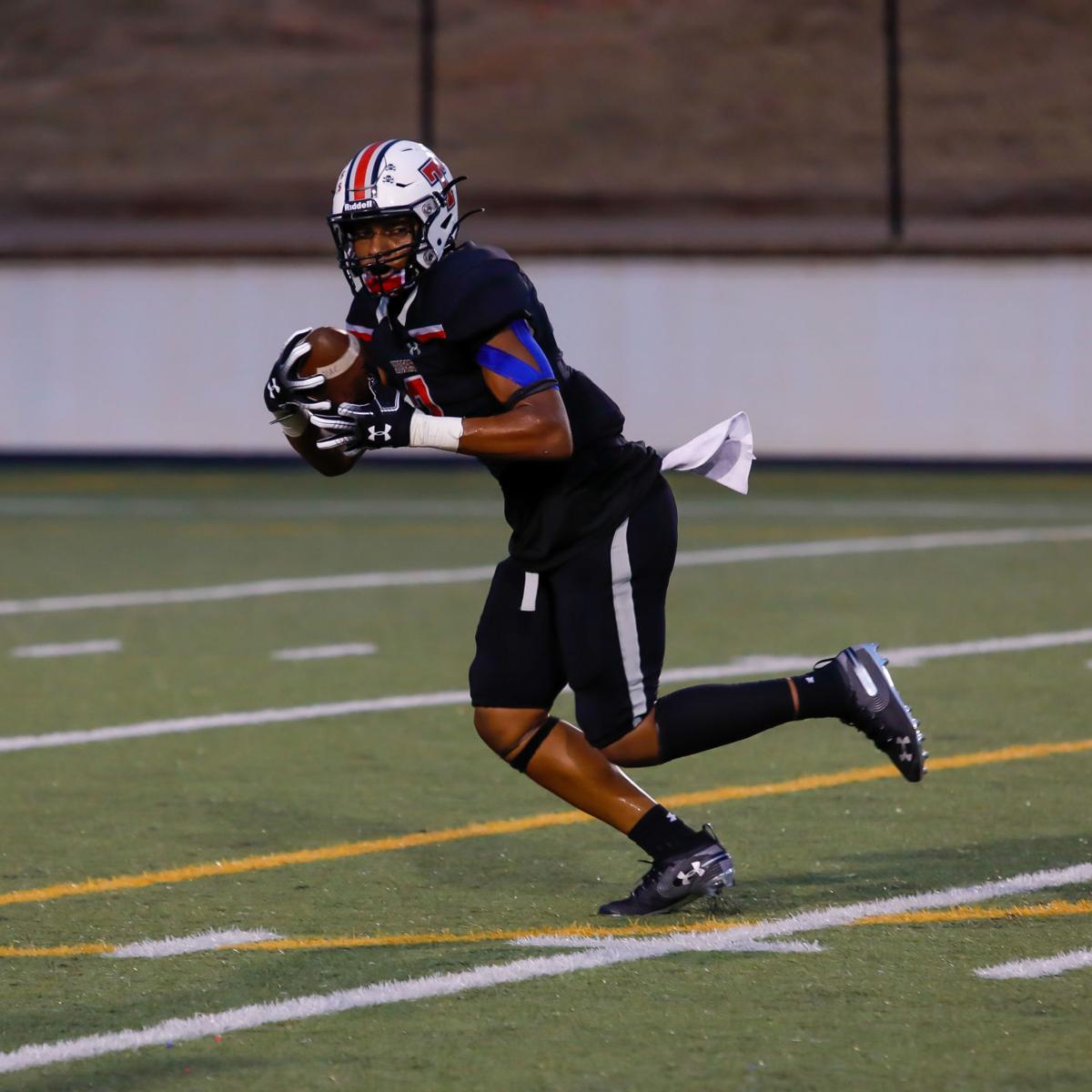 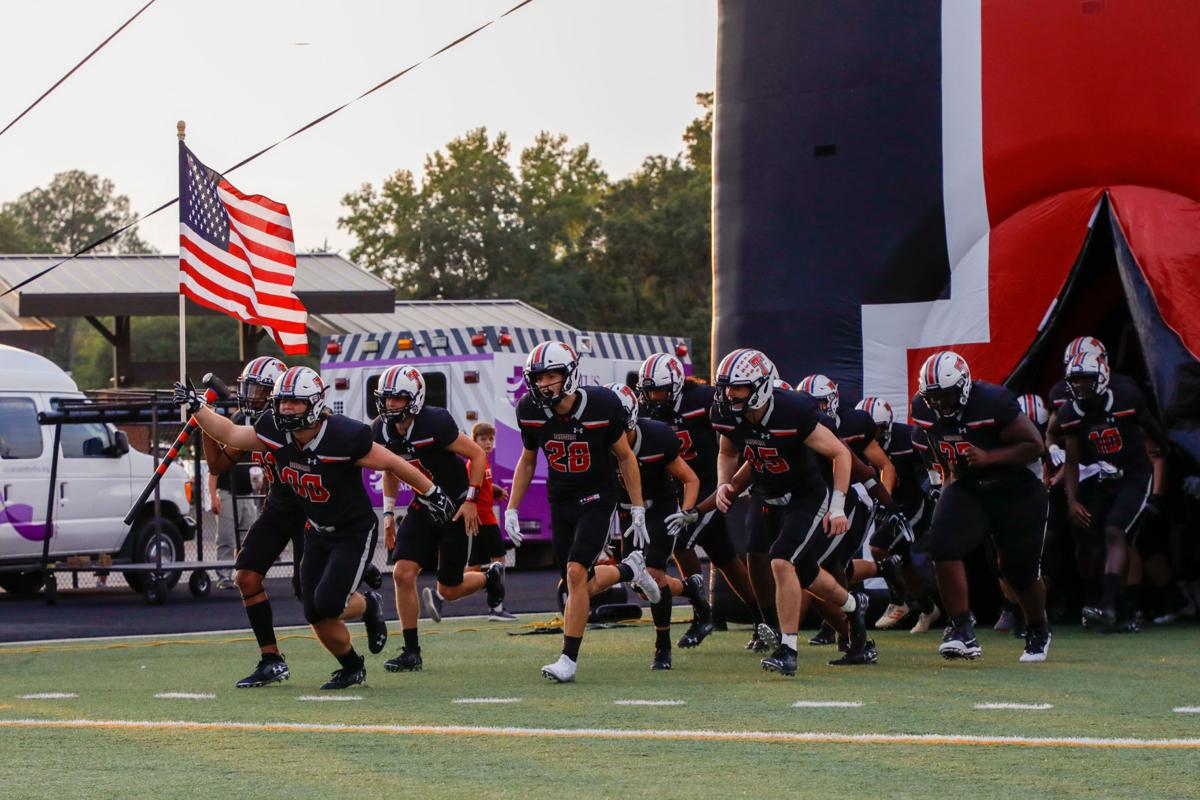 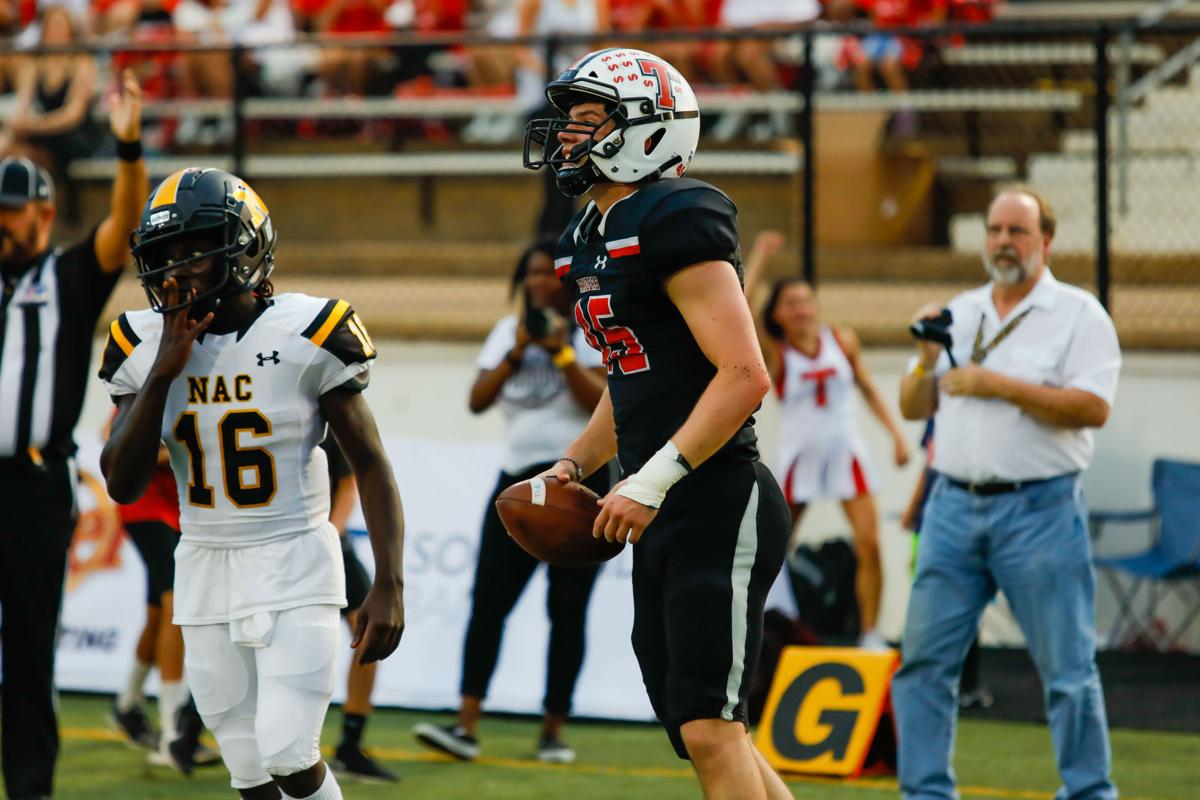 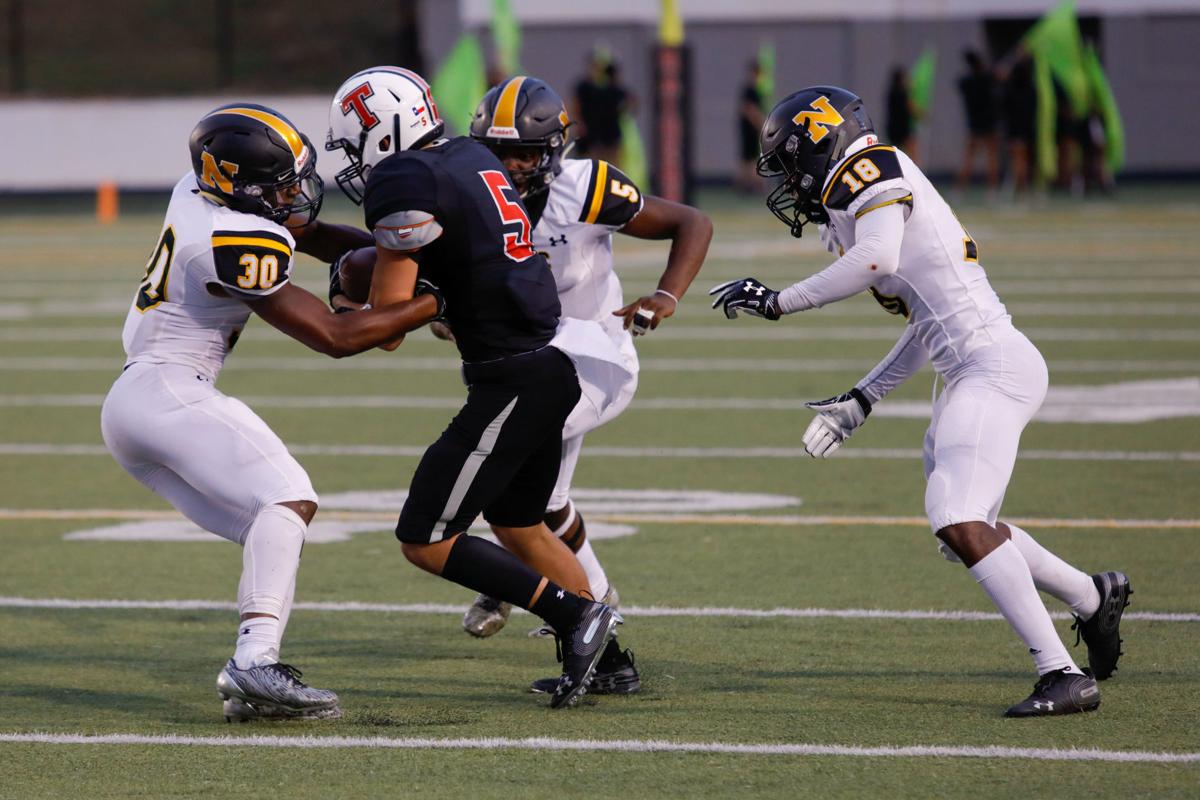 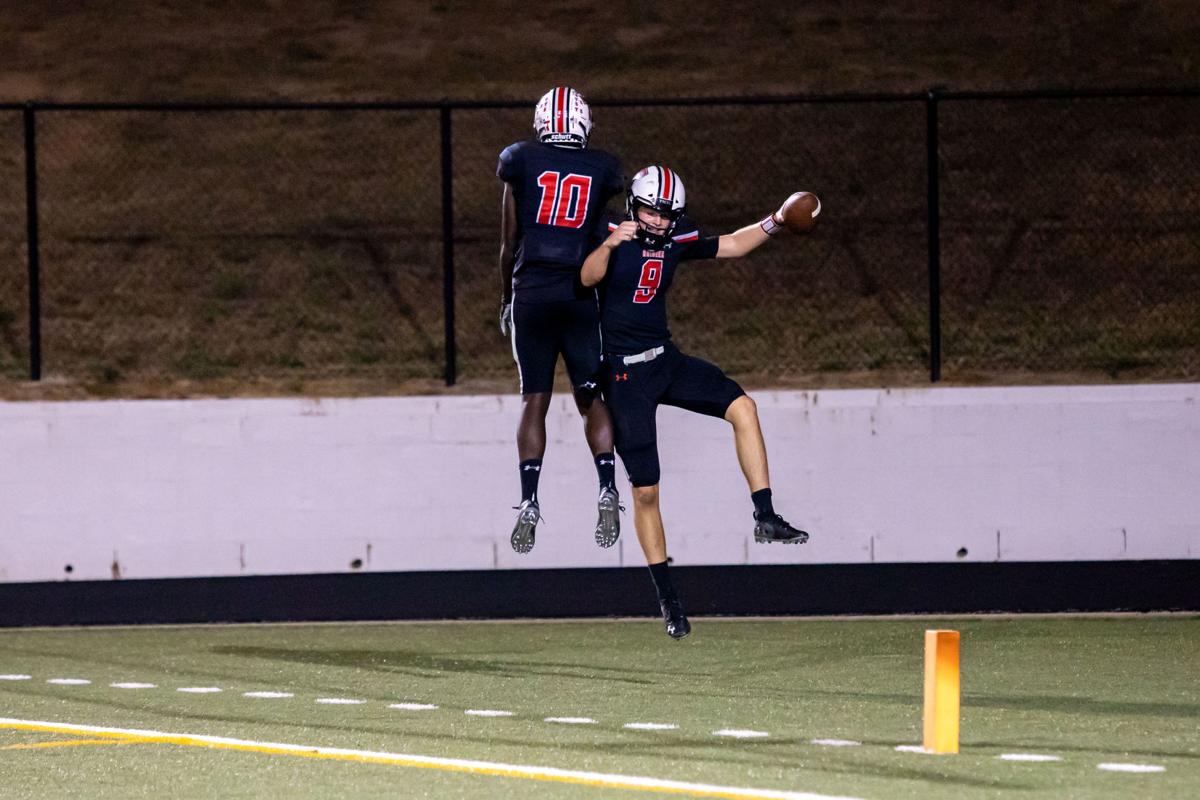 Tyler Lee is 3-0 on the young season, but the Nacogdoches Dragons didn’t make it easy on the Red Raiders.

With Lee leading 35-14 heading into the fourth quarter, Nacogdoches scored two touchdowns in a 37-second span and recovered three fumbles in the final frame, but the Red Raiders were able to hold on for a 35-28 victory Saturday night on Earl Campbell Field at Christus Trinity Mother Frances Rose Stadium.

The Red Raiders were up 35-14 early in the fourth quarter with the ball in Nacogdoches territory with a chance to put the game away. However, Bryson Donnell carried the ball to the left side when his helmet came off. Nacogdoches’ Eddie Cross then stripped the ball away and returned it 55 yards to the end zone to make the score 35-21 with 10:59 to go in the game.

On Lee’s next play from scrimmage, the Red Raiders lost their third fumble of the contest, and it was recovered by Mike Jones of the Dragons.

It took two plays for Nacogdoches to score as Jake Smith connected with Ja’tavious Deckard for a 31-yard gain, and Smith ran into the end zone on a 3-yard carry to cut the score to 35-28 with 10:22 remaining.

Lee and Nacogdoches traded turnovers on downs, and Lee took over with 5:58 on the clock. The Red Raiders ran the ball six consecutive plays before losing its third fumble of the quarter and fourth of the night as Ja’Covian Barnes came away with the football for the Dragons at the Nacogdoches 31 with 2:53 to play.

The Dragons had a fourth and 4 at the Lee 46. Smith escaped pressure and got the ball to Joe Carter, but the Lee defense stopped Carter just short of the first-down marker to secure the victory.

The Red Raiders put up 413 yards of offense — 316 on the ground — and turned the ball over four times.

Trent Adams drew the start at quarterback and threw a 9-yard touchdown pass to Noah Springer on the Red Raiders’ second drive. The touchdown added to a special night for Springer, whose brother, Samuel, has Duchenne muscular dystrophy and went to midfield with the Red Raiders for the pre-game coin toss.

The touchdown was set up by Elliott Davison’s third interception of the season and a 49-yard run by Jamarion Miller.

With 27 seconds left in the first quarter, Garfield Lawrence blocked a Nacogdoches punt attempt, and Devon’T Bolton picked up the ball at the 10 and went in for the score to make it 14-0.

The Dragons scored just more than a minute into the second quarter with a 7-yard run by Smith after he connected on a 45-yard strike to Nazavian Floyd.

Lee added to its lead with 3:13 left in the second quarter as Mark Patton used a quarterback keeper and ran 25 yards to the end zone for the score.

The Red Raiders then had a fumble recovered by sophomore Le’Travian Whitmill and got down to the goal line before giving it back to the Dragons as Tyrell Gardner got the recovery.

On the second play of the third quarter, Miller scored on a 60-yard run to make the score 28-7.

Nacogdoches responded with 16-play, 75-yard drive that ended with a 28-yard pass from Smith to Deckard.

Lee will take on Mesquite Poteet Friday in Mesquite. Nacogdoches will have a bye before hosting Jacksonville for the district opener on Sept. 27.