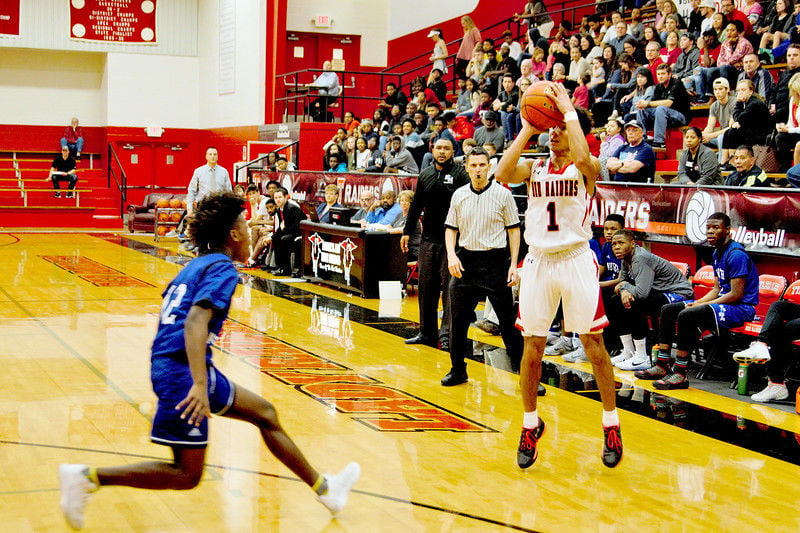 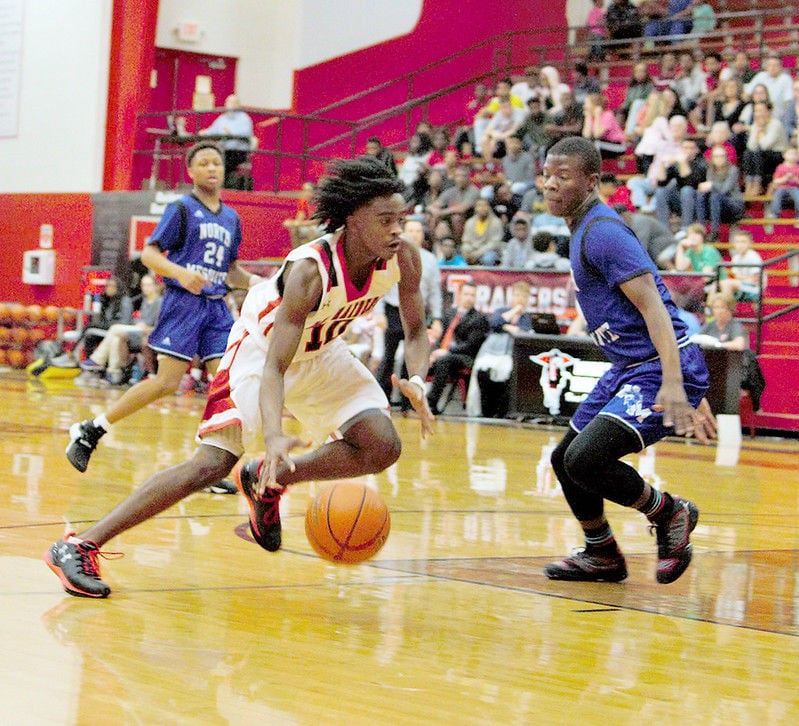 That is exactly what he was Tuesday against North Mesquite. Mabry delivered 30 points and grabbed 11 rebounds to lead the Red Raiders to their first District 11-6A win, 77-58, at the REL Varsity Gymnasium. The Red Raiders moved to 7-10 overall and 1-3 in district.

It was also the first league victory for new REL coach Alan Simmons, who reiterated what Mabry and he talked about on Monday.

"He's come in with a little different edge and he told me that he wanted to (start imposing himself)," Simmons said of Mabry. "He just has come in and wanted to work each day, and he's been a bright spot for us."

Mabry was one of three Red Raiders to score in double figures with point guards Isaiah Davison and Mike Donnell also scoring 18 and 13 points, respectively. There was a reason for that too as both teams went isolation against one another. This brought about Davison and Donnell taking turns going 1-on-1 against North Mesquite defenders with crossovers, drives and layups.

"We didn't come into the game planning to do that, but when they (North Mesquite) went man, we felt like we have kids, who can beat you off the dribble and get to the rim," Simmons said. "Overall, I think the kids did a great job; just the mindset of starting the game and finishing the game."

After spotting double-digit leads in the first quarter to their last three opponents, the Red Raiders never trailed North Mesquite (5-9, 1-3) despite committing seven turnovers in the first five minutes. The visiting Stallions were unable to capitalize, shooting 3 of 12 from the floor in the opening frame while Mabry delivered four buckets for eight points to give Lee an 18-10 lead entering the second.

"We wanted to try and get them to play fast because we felt like that was to our advantage, but we are still trying to get to where we can play fast and smart," Simmons said of the early turnover problem.

"We climbed back into the (district) race, so to speak with a win," Simmons said.

Lee girls win big on the road at North Mesquite, 73-39

"We really wanted to get out and pressure them early; jump out on them quick," Lee coach Ross Barber said. "Everyone got in the game and was able to help us out and contributed. It was a good momentum builder going into Friday."