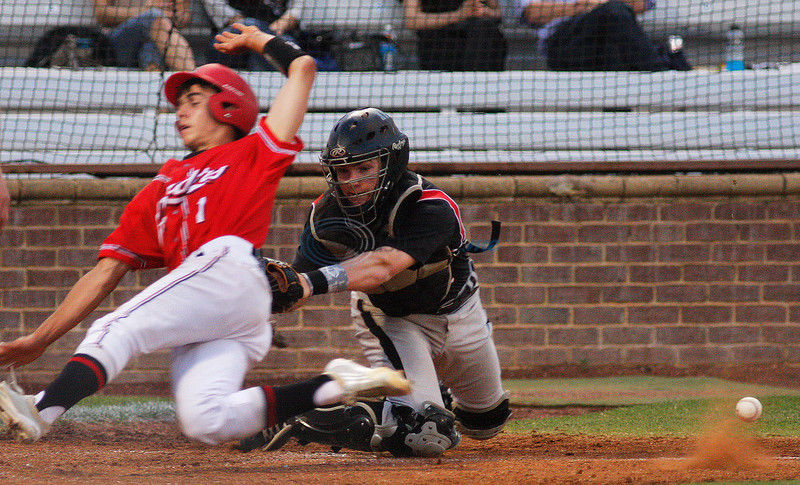 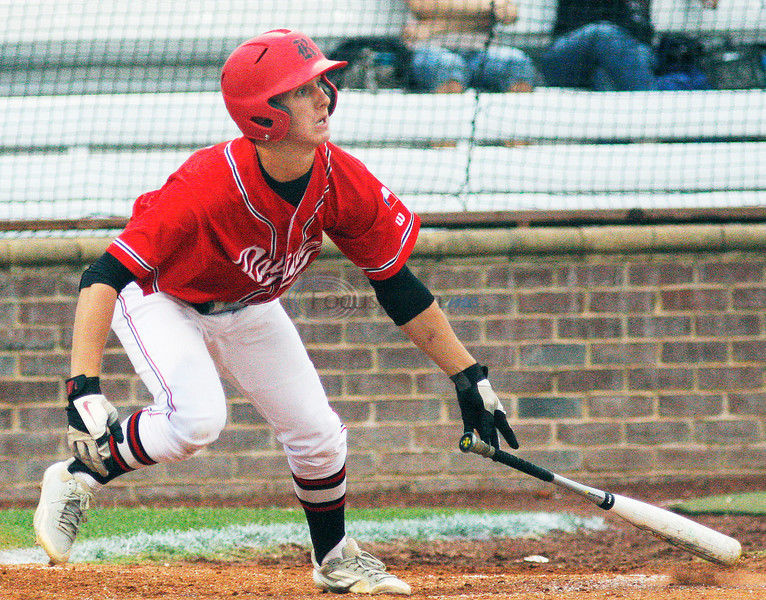 Robert E. Lee honored its 11 seniors prior to the first pitch of Friday’s district finale against Rockwall-Heath.

Then the Red Raiders made sure it was a night to remember.

In front of its largest crowd of the season in a charged-up atmosphere at Mike Carter Field, Lee defeated Rockwall-Heath, 7-1.

It was only the second league loss for the 2012 4A state champions and its biggest in district play.

Heath (20-9, 10-2) still finishes as District 12-5A champions with Lee (16-9, 8-4) taking third thanks to a bizarre ending to the game featuring Rockwall and Longview, which the Lobos lost by forfeit. That win gave Rockwall (9-3) second place outright.

Even that couldn’t put a blemish on Zach Flanagan, who held Heath to three hits in a complete-game performance. The Howard Junior College signee also had eight strikeouts.

“We have the number one student section in the state of Texas and it was huge for them to come up and support us in this ginormous game,” Flanagan said.

“This gets a lot of momentum going into the playoff next week.

“To beat Heath, I mean, they are an outstanding ball club and to beat them at home is just awesome.”

Lee’s bats picked up where it left off last Friday in its win over Longview, pounding out seven runs on seven hits while drawing seven walks off Heath pitching.

“We played with a lot of emotion tonight,” said Lee coach David Howard, who in his first year has guided the Red Raiders to postseason for a 12th straight year. “Zach pitched a great game and we got on their kid a little bit early and it put us in a good spot.”

Neither team’s hitters went down without a fight in the first inning as Flanagan and Heath starter Tyler Ivey combined to throw 63 pitches as the Hawks and Red Raiders continually worked 3-2 counts and fouled off pitches.

Heath used a 3-2 walk to its advantage with Dylan Lewis scoring on a lineout from RJ Williams.

The Red Raiders open the Class 5A playoffs with a bi-district series against Garland Sachse next week at a time and place still to be determined.

NEXT UP — Robert E. Lee vs. Garland Sachse in Class 5A bi-district playoff series, TBA.