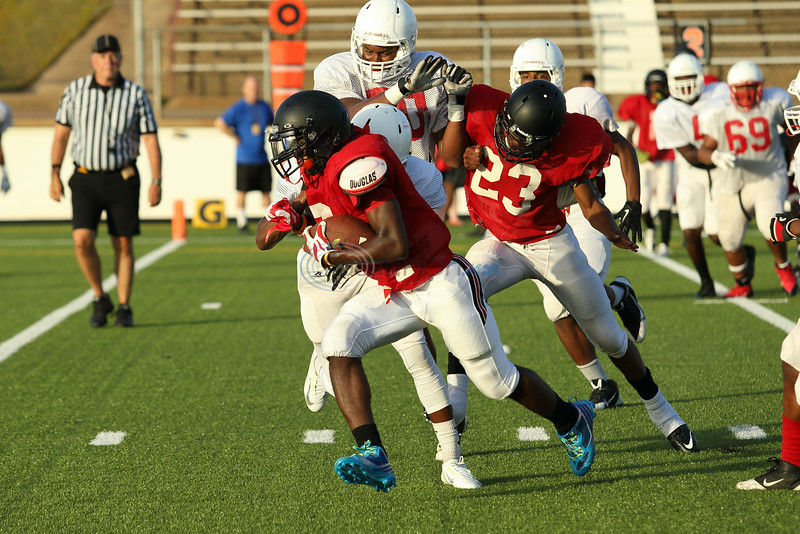 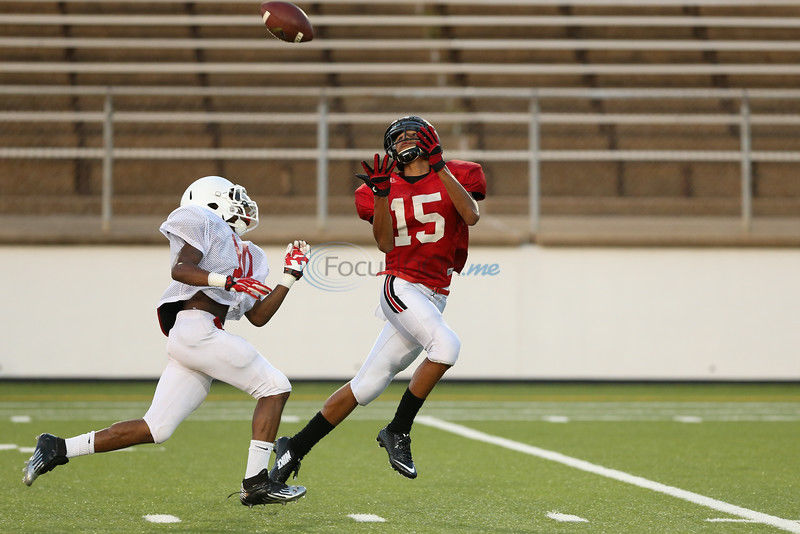 Robert E. Lee receiver Dante Johnson gets behind the Marshall defense to haul in a 47-yard pass during play Friday in their controlled scrimmage at Trinity Mother Frances Rose Stadium. The teams finished in a 22-22 tie. (Lang White | Correspondent) 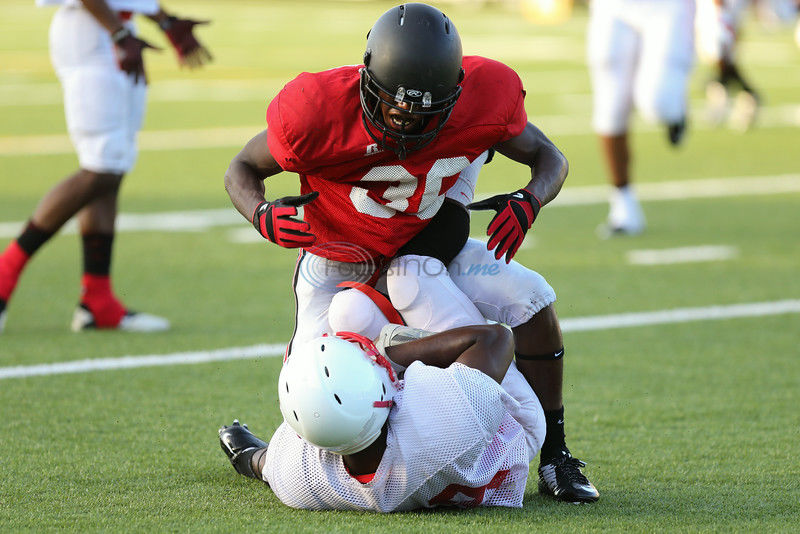 Robert E. Lee receiver Dante Johnson gets behind the Marshall defense to haul in a 47-yard pass during play Friday in their controlled scrimmage at Trinity Mother Frances Rose Stadium. The teams finished in a 22-22 tie. (Lang White | Correspondent)

The Red Raiders scored two touchdowns, both through the air, in the first half of the scrimmage. Lee then scored two more during the live quarter.

Junior quarterback Zach Hall was a perfect 7 for 7 on Lee's first TD drive, finishing it off with a 6-yard scoring strike to Jordan Devers. His first incompletion was a drop in the end zone on Lee's next drive, which ended up being a stop for Marshall. He made up for it by delivering a 27-yard TD pass to Isjuwan Barker on Lee's last allotted play.

In the running-clock portion, Hall drove REL down into the red zone before Juwan Banks raced in from 8 yards out. The final TD was from Lee's Mark Russell, who connected with Mason Parker for a 17-yard catch and run score.

Marshall scored twice through the air in the first half of the scrimmage and added two more touchdown strikes in the live quarter. All of it coming from Mavericks starting quarterback Justin Hart.

"We didn't run Zach much, at least we tried not to," REL head coach Darrell Piske said of the game plan. "We didn't want to get him hit. And then our secondary, we got (starting safety Hudson) Hill hurt (early) and so we tried to play some of those younger guys."

Hall finished with no rushing attempts, but made up for it by throwing for 210 yards and three touchdowns. Junior tailback Tavon Wesley was used sparingly, rushing for 22 yards on Lee's first drive in the live quarter.

"The first (long touchdown pass) came against a sophomore and the second one came against (a JV player), but we wanted to get our starters out (after the first series and that injury)," Piske said. "We had already seen what we wanted to see."

The Red Raiders will open the season on Saturday, Aug. 30 against Keller Fossil Ridge in the final game of the TMF Football Classic at Rose Stadium.