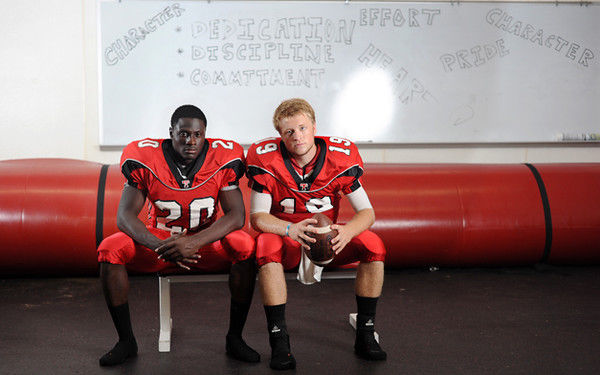 Tyler Lee's LaQuintas Wallace and Joseph Seeber got the Red Raiders off to a good start, but the team couldn't capitalize early against Euless Trinity. (Sarah A. Miller | Tyler Morning Telegraph) 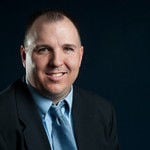 Tyler Lee's LaQuintas Wallace and Joseph Seeber got the Red Raiders off to a good start, but the team couldn't capitalize early against Euless Trinity. (Sarah A. Miller | Tyler Morning Telegraph)

Robert E. Lee turned down this street last year and is already looking for an exit to get going back the other direction.

A year ago against Euless Trinity, the Red Raiders executed the game plan perfectly on their opening drive, going down the field before stalling at the 20. But a missed field goal let the Trojans off the hook. Lee forced then top-ranked Trinity to punt on its first two possessions.

Two big plays turned the tide in favor of Trinity. Terrance Tusan broke free for a 40-yard run which the Trojans used to finish off one drive in the end zone while Brandon Carter made it 14-0 when he out leapt a defender to haul in a 44-yard scoring TD. Trinity led 14-0 at halftime before its defense stymied REL’s offense in the second half en route to a 35-0 win.

Lee’s opening drive Friday night was a thing of beauty.

Wanting to control the clock and grind up yardage, the Red Raiders used runs from LaQuintas Wallace, Aneas Sutton, Dalaven Baker and Marcus White to give them first-and-goal at the Trojan 5. A penalty, dropped pass in the end zone and another penalty left Lee with third-and-goal from the 15. Quarterback Joseph Seeber tried to throw a quick pass, but Trinity defensive end Gaius Vaenuku leapt to make an acrobatic interception and returned it near midfield.

So, just like in 2010, Lee did what it wanted to on offense, but ended up with no points on the scoreboard.

Lee’s defense stiffened, forcing Trinity, now ranked third in Class 5A, to punt on fourth-and-2. Only the Trojans didn’t do that, instead running a fake that yielded a 45-yard touchdown on a big play.

Much like last year, Trinity took a 17-0 lead in at halftime and came out in the second half and controlled things on offense while holding REL down on defense to build a 30-0 lead en route to a 30-7 win.

Lee bettered last year’s performance by getting the ball in the end zone in the fourth quarter on a 5-yard scoring run by Baker.

If Lee stays on the road it drove last year, a flat Red Raider team was overwhelmed early and never recovered in a 54-21 loss at Lufkin’s Abe Martin Stadium.

Huffstickler is determined his players will take a different road.

“Last year we put so much emphasis on this first game that when we rolled into Lufkin, we were flat,” Huffstickler said. “Our challenge this week is can we get to this high in seven days. We have seven days to get ready. I am not asking them to be ready to play on Monday. We want to build it up to where we can peak each Friday night. That’s our challenge this week is to be ready.”