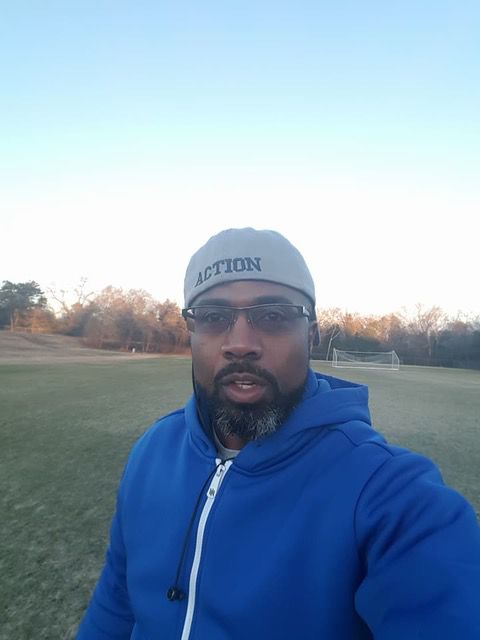 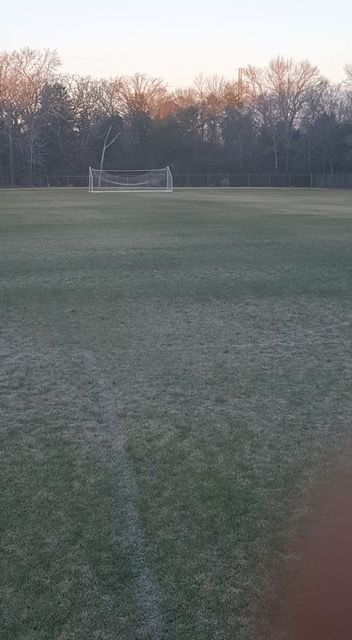 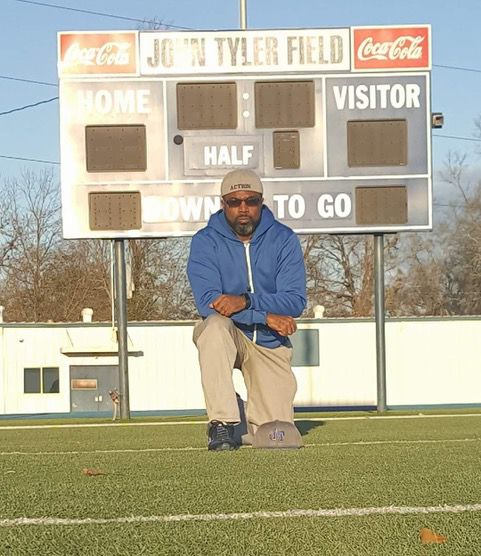 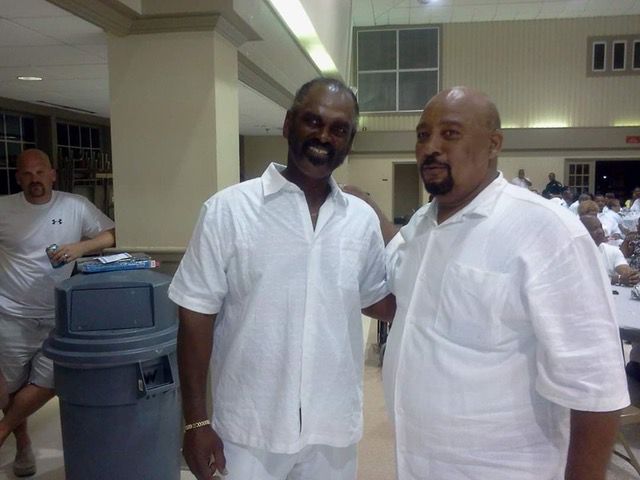 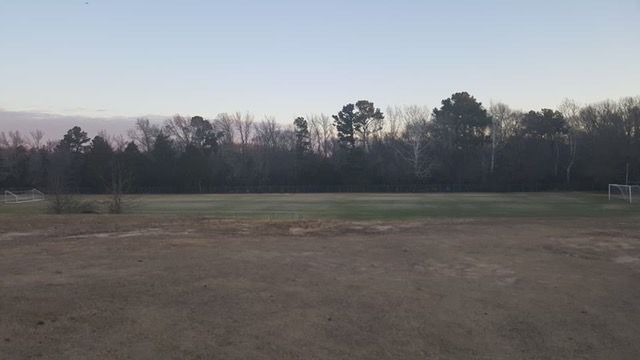 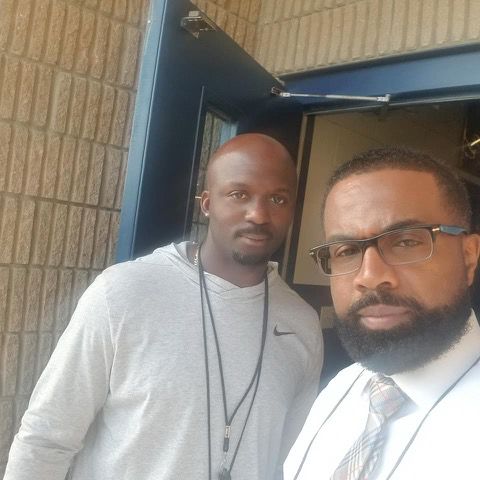 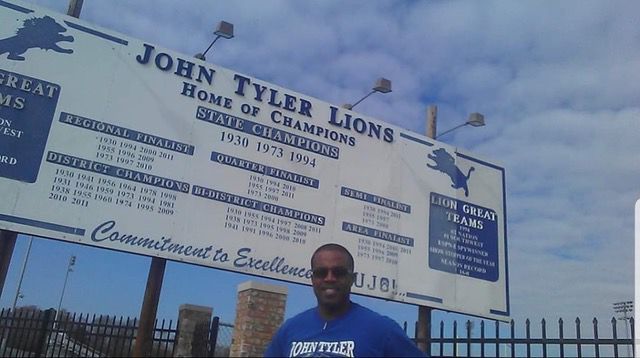 Editor’s Note: Patrick Jackson is a 1986 John Tyler High School graduate. He was an All-Southland Conference wideout at Stephen F. Austin who spent 1.5 seasons with the Atlanta Falcons before going on to play for the Ohio Glory of the World League of American Football. A published author and motivational speaker, he owns Action Online Marketing Company LLC, an online marketing and publishing company. The married father of two daughters lives in the Metroplex and shares his athletic experiences, skills and lessons as an NFL youth ambassador throughout the country.

When it comes to the John Tyler Lions, CUJO and the school’s sporting landscape, no matter how strong you feel about your particular team, the athletes you know and the coaches, you better come with experiences, names and receipts when comparing it to JT.

That is, if you want your point to stand.

Simply put, the Lion family is very serious and passionate about its teams.

I was inspired to write this from reminiscing on a recent Facebook post by my fellow JT alum Jimmy JJ Jones Jr. Many of us discussed all kinds of topics about teams and athletes in Tyler. We all know the topics that can light up airwaves and get the heart pumping faster are East Texas sports and more specifically, John Tyler sports.

Jones, a tight end who graduated in 1989, listed several topics on his page, such as the greatest JT quarterback, the top five athletes from your era, the fastest sprint relay, etc.

It was an amazing walk down memory lane.

The one that really caught my attention was JT’s legendary Bottom Field. On campus, there were five fields: the top field, the game field by the field house, the baseball field, the band field and farther down the hill, the Bottom Field.

It was a deep pit, 125-130 yards long with no shade, sticker burrs, dirt patches and no fence line. So when the ball went in the woods, you kinda liked it when Coach said, ‘Go get the ball.’ It could have been wolves, snakes or whatever in those woods, but that was a small thing because it gave you a few seconds to disappear from the coaches and “Lion Trainers” to gather yourself for the next round of intense work.

We also needed somebody like him who was crazier, bigger and meaner, that didn’t mind one bit on pushing those buttons, to get everything you had in you to leave it all out on the bottom field.

“Once you were there, it was devoid of minutes, seconds and hours,” said Keith Taylor, Class of 1987. “Lining up to stretch was a start of your time there and getting water from the homemade trough meant you had survived. If you had made up your mind to get dressed and go there, the hard part was done.”

If Coach Franklin or Coach (James) Smith called me and said meet them at the bottom field, I would call back and say, ‘Beat me there’ because I knew something great would come out of it! Yessirrrr!!!!!

“I too feel near and dear about that place,” said Rodney Miller, Class of 1987. “It was a place of security for some of us.”

As physical as practices were, the mental part of the game was the real test. To hear the stories of Earl Campbell and his team and all of the JT giants and how hard they practiced on the Bottom Field was like listening to stories of Greek warriors.

As a freshman, seeing the varsity make that long walk down, you wondered how they felt knowing that they were walking into the Lions den. By the time they come back up, it was dark and only their cars would be in the parking lot and the school would be shut down.

Then you catch a couple of varsity guys and they tell you, “Your time will come but you better get your mind right for that Bottom Field because that heat and dust ain’t no joke and that’s only a small part.”

My time eventually came and when that bell rang at the end of sixth period and making that walk from the school to the field house … I had to ask myself on a few occasions, “Doggone it, P, how bad do you really want it?”

Four- and five-hour practices, running through the tire shoot and getting your head busted on the other side by a crazy defensive guy. Pulling those cross tires until the whole cross tire went across the line. Seven-man sled, two-man sled, running sprints until Coach Franklin turned his back and started looking up the hill.

Then you talk low and ask Coach Smith, Coach Brazille and Coach Giddens, “How many more do we have to run?” They don’t know either and they maybe are just as tired of seeing us run.

“I use to love yellin out ‘One more, Coach’ at the end of sprints,” said my old teammate Wyatt Ross.

Hearing the voice of Coach Frank was downright intimidating to say the least... “DON’T QUIT ON MEEEEE!!! GET HIM OUT OF HEEERRREEE!!! YOU AIN’T CHEATING MEEE, YOU ONLY CHEATING YOURSELF!!!! You did all you could to produce and not hear him say anything.

“Everyone is coming up from there in tip top shape,” said Chris Allen, Class of 1988.

Nowadays, the Bottom Field is beautified with a fence line, green grass with some of the trees cleared out. The hill is eroded so it’s not as steep but the field is what it is.

It’s funny how when I ask some of the guys to go to the Bottom, they are like, “Man, I didn’t want to go down there when we had to so what make you think I want to go down there now?” Looking back on it, it was way bigger than football and in some strange way those that stayed with it, kinda felt that at the time but it probably took us years later to realize it.

I get down there a couple of times a year to feel that environment. Just to walk the grounds again and take in all of those sweet and not so sweet memories and life lessons that are carried everyday. This Bottom Field was and is everything to me.

When this topic came up, I knew that my relationship with the Bottom Field, the stories, the lessons, the athletes and coaches wouldn’t be one that ended after three years.

I knew this would be one that would stay with me and many others for the rest of our lives.

It’s why I wanted to share with everyone what that legendary Bottom Field meant to me.