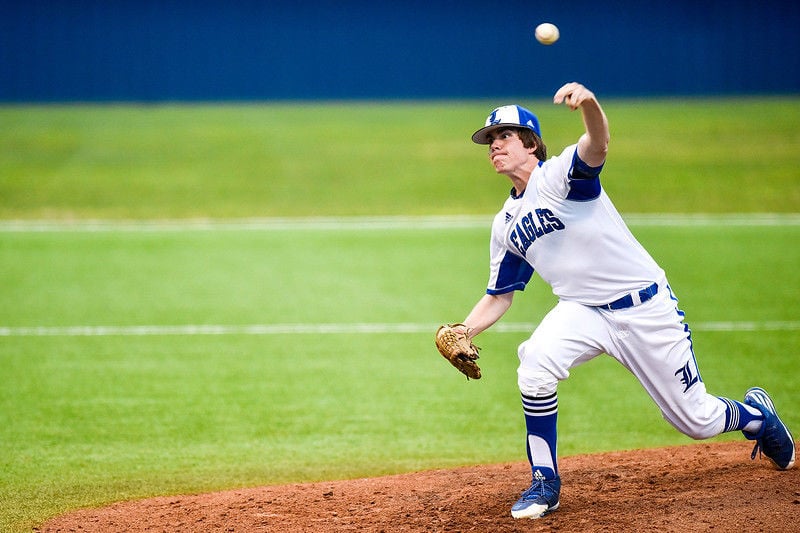 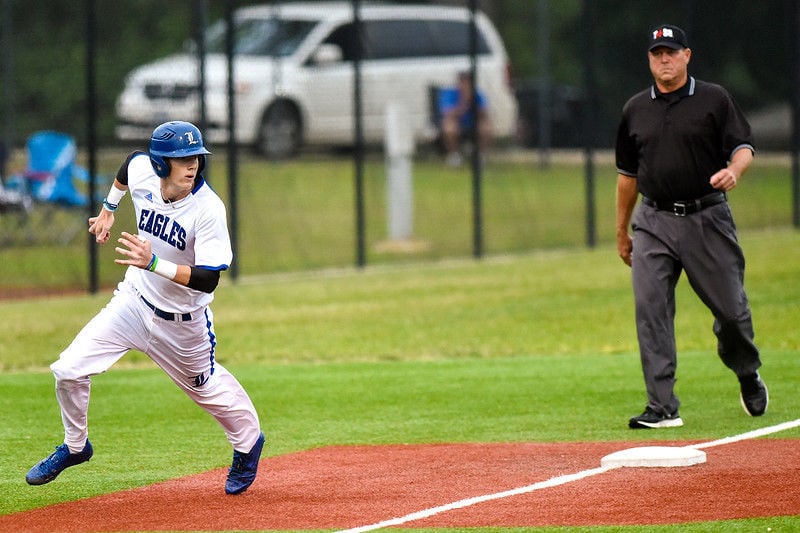 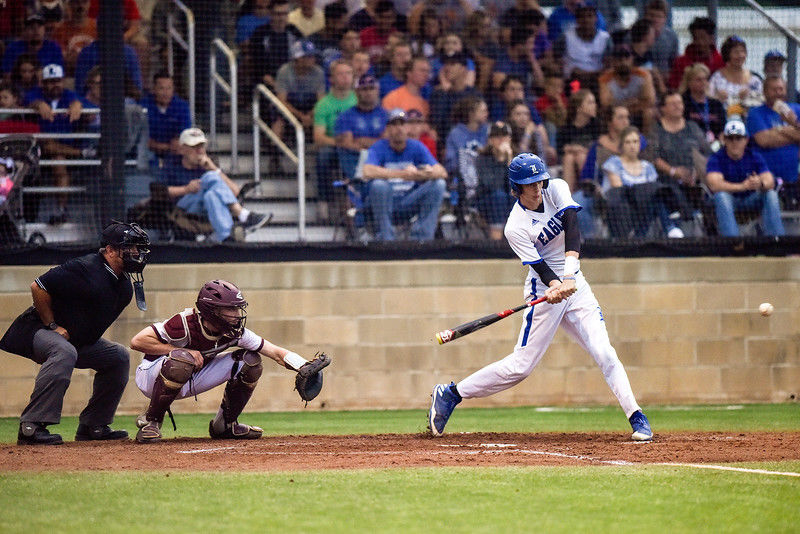 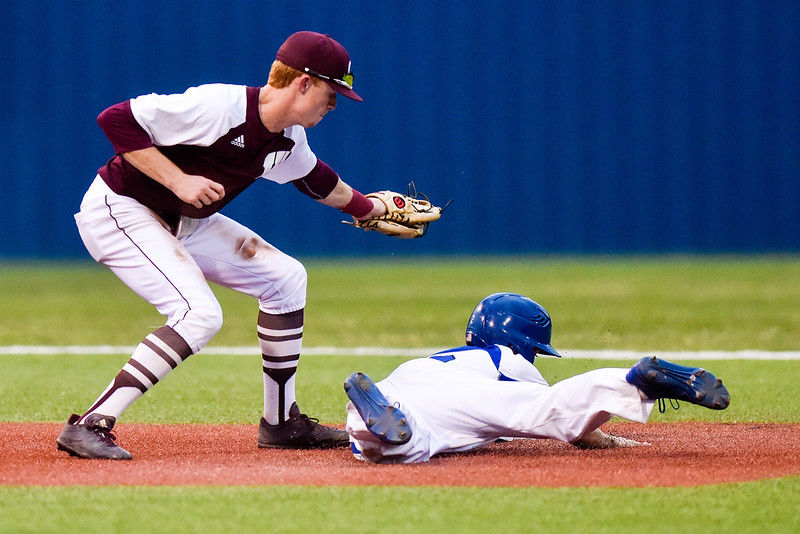 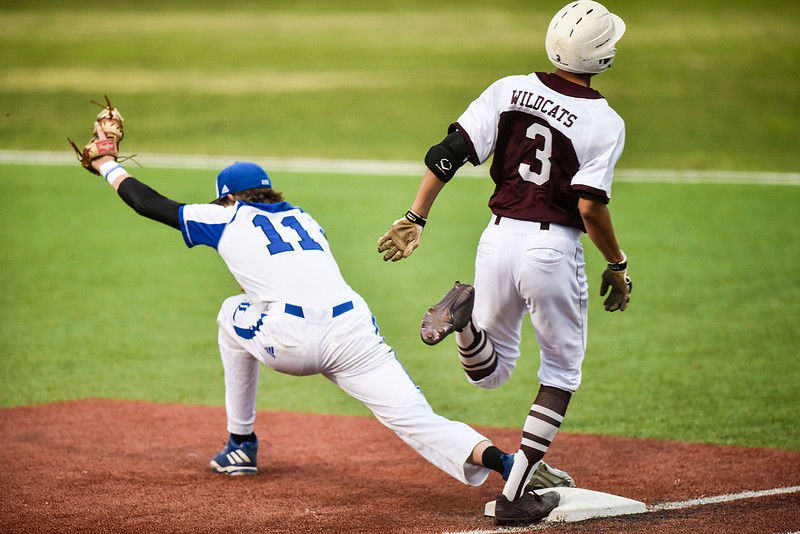 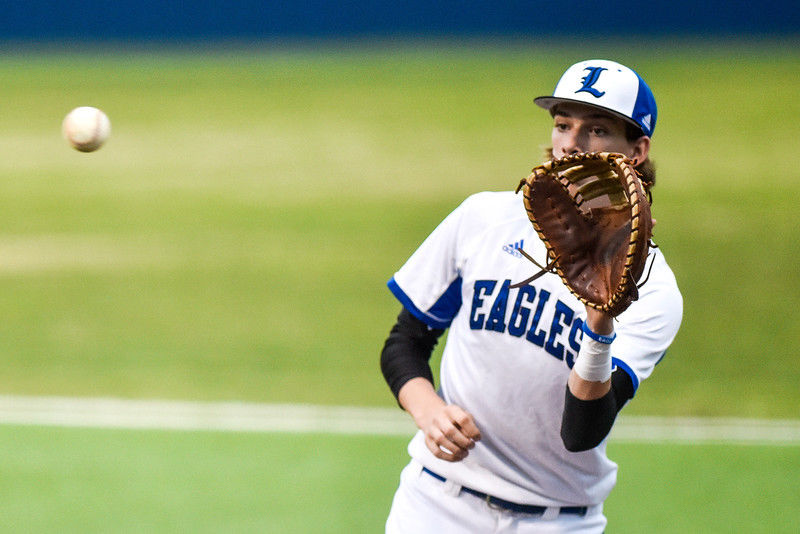 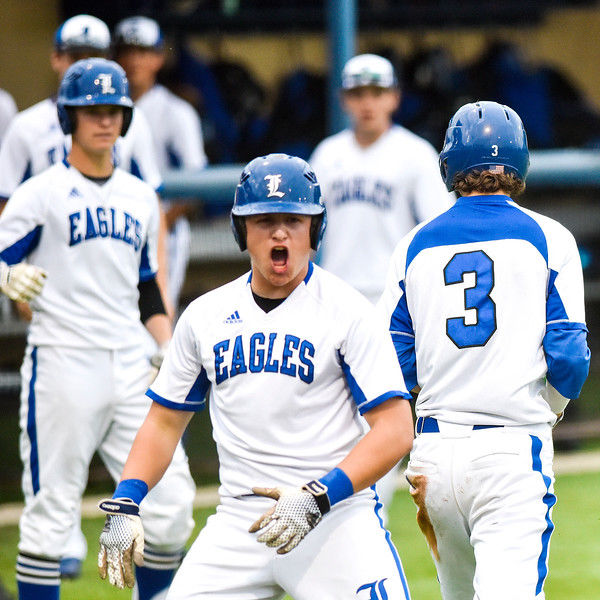 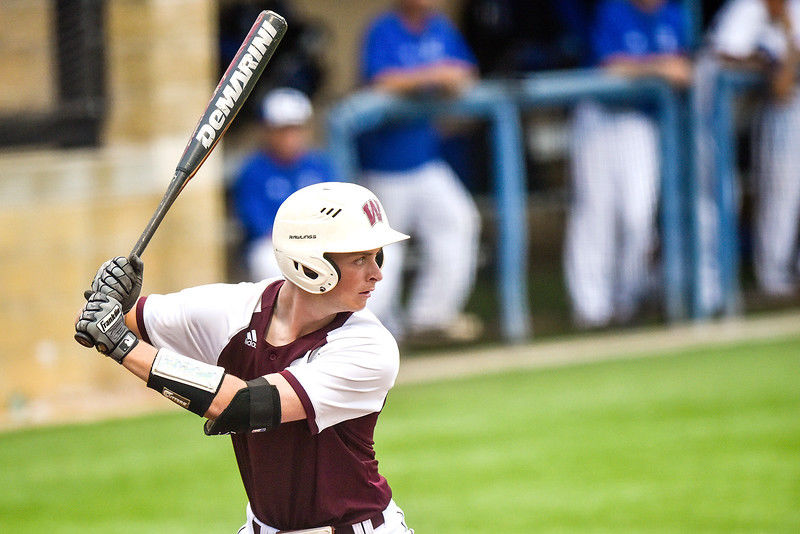 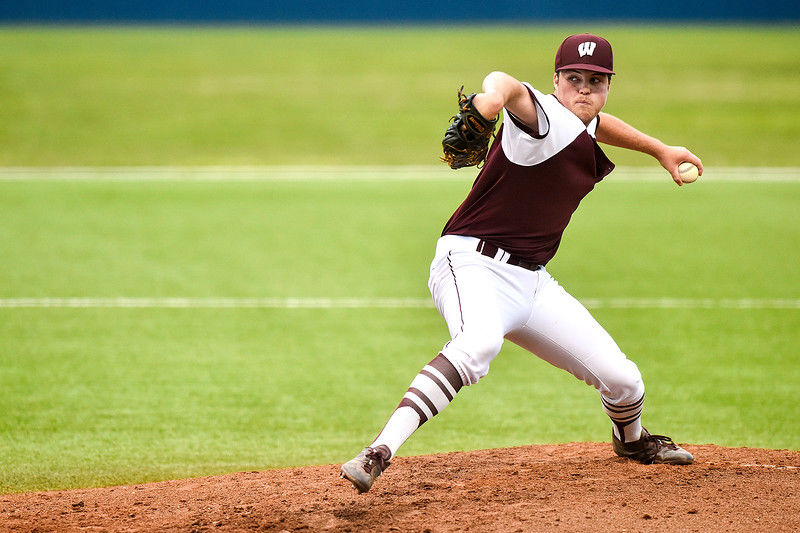 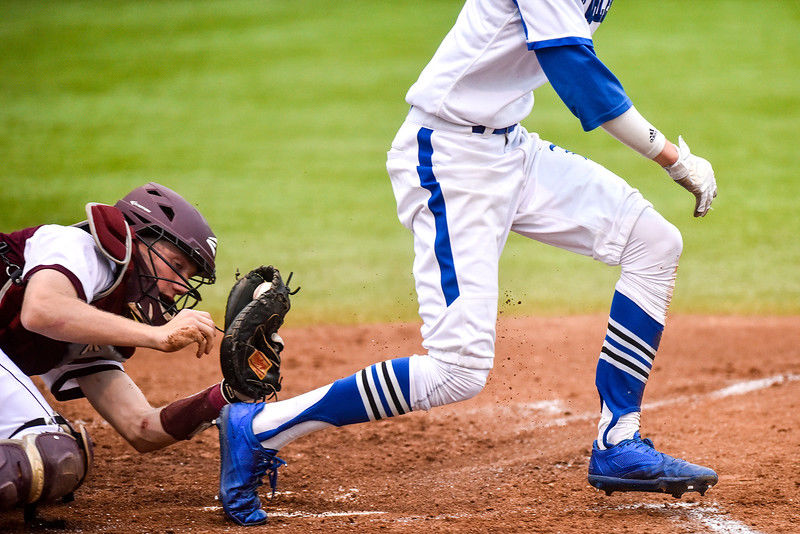 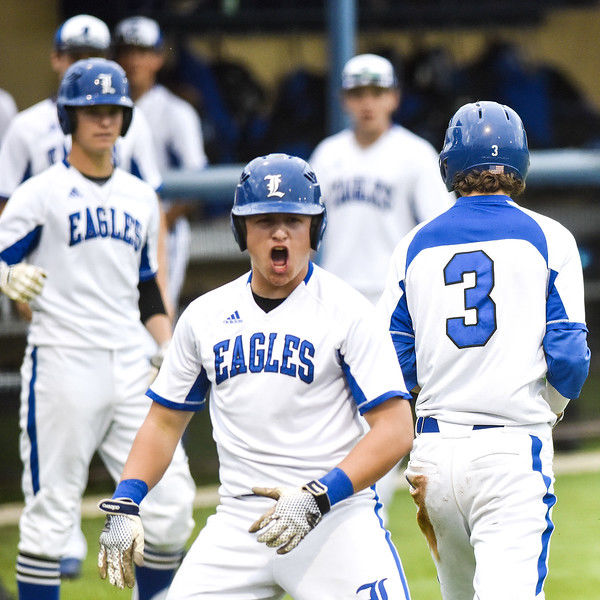 LINDALE -- Colton Ramsey could not hide his frustration. On a 3-2 pitch with the bases loaded to Whitehouse's Brandon Quarles, Ramsey thought he'd delivered a third strike.

Only it was called a ball. Fiver Trimble scored on the bases-loaded walk and the game was tied.

Ramsey was visibly frustrated, walking to the dugout after getting the final out of the fourth inning.

The Eagles made sure Ramsey did not stay frustrated for long. Lindale batted around in the bottom of the fourth, scoring five runs with LHS adding two more in the fifth and three in the sixth to complete a 10-run rule 12-2 victory in six innings Tuesday at Eagle Field.

"It's huge for our kids," Lindale coach Richard Sanguinetti said. "That is the first time in a long time that we did a good job offensively and really stuck to our approach, and we really squared a lot of balls up."

The Eagles finished with 13 hits, capped by an RBI single from Travis Brown, coupled with an error by Whitehouse's left fielder that enabled the run-rule clinching runs to come home in the sixth.

Ramsey went the distance, allowing two runs on five hits with three hit batters and three strikeouts. Two of the hit-by-pitches occurred in the fourth, with Lindale coach Richard Sanguinetti coming out to question Whitehouse batters being too close to the plate.

"It was a tough zone behind the plate, but our kids didn't get too down on it, and I don't let them get too down on it," Sanguinetti said. "Colton Ramsey found a way to compete. … He may have been missing in a little bit and they (Whitehouse) were on the plate and it is what it is. He did a good job of really going in and locating when he needed to.

"He found way to compete and keep us in the ballgame, and then we got a couple of big hits when we needed them."

A win for Whitehouse means they share the crown and will play a one-game district playoff Saturday to determine the league's No. 1 seed entering the playoffs.

Wildcats coach Derrick Jenkins said he has not made the decision on who will start Friday's game except to say the entire team will have to improve.

"They just beat the dog out of us," Jenkins said. "We made errors and they didn't and they played well and we did not. We have to win a ballgame now (on Friday)."

Bryce Cundieff took the loss for the Wildcats, allowing seven runs in 3 2/3 innings.

Whitehouse led 1-0 in the top of the first when Tanner Roark was hit by a pitch to lead off, went to second on a single from Mason House, third on a sacrifice fly and scored on a double steal in which House was thrown out at second.

Lindale answered in the bottom of the first with an RBI triple by Richey and sacrifice fly from Kollin McCartney in which Richey beat the throw to the plate for a 2-1 lead.

Whitehouse tied it up in the fourth. The Wildcats loaded the bases with one out thanks to two hit batters and a fielder's choice. Ramsey struck out Whitehouse's next batter for the second out and thought he'd ended the inning on another strikeout, but the 3-2 pitch was called a ball, Trimble score and the game was tied.

With two outs, Lindale turned the game in its favor. Kale Walters and Drew Yochum drew walks. A wild pitch moved both runners to second and third for Brad Burckel, who hit a chopper between third and short. Whitehouse's infielder was able to get enough of a glove on it to deflect the ball to the shortstop. He tried to get the speedy Burckel, but his throw was high and wide, enabling Walters to score on the infield single and Yochum to come home for the go-ahead run on the error.

Gage Walters followed with an RBI single to score Burckel. Lindale was just getting started. An RBI single by Richey scored Walters with Richey later coming home on a dropped foul ball that the Wildcats infielder knocked into fair territory for a 7-2 lead.

Any chance Whitehouse had to respond was ended in the fifth when Lindale's Collin Cooper made a sliding catch in left field to deny Whitehouse's Connor Clark what would've been a potential two-run single. That ended the inning and Whitehouse did not threaten in the sixth.

The Eagles tacked on two more in the fifth on a two-run single by Yochum, with Brown providing the finishing touches for the home side in the sixth.

"It's nice (to know) we are (going to be co-champs regardless), but we aren't done," Sanguinetti said of Friday's game. "The word ‘co' in front of it has a big meaning. We want to be outright district champs."

NEXT UP - Lindale at Whitehouse, 7 p.m. Friday.