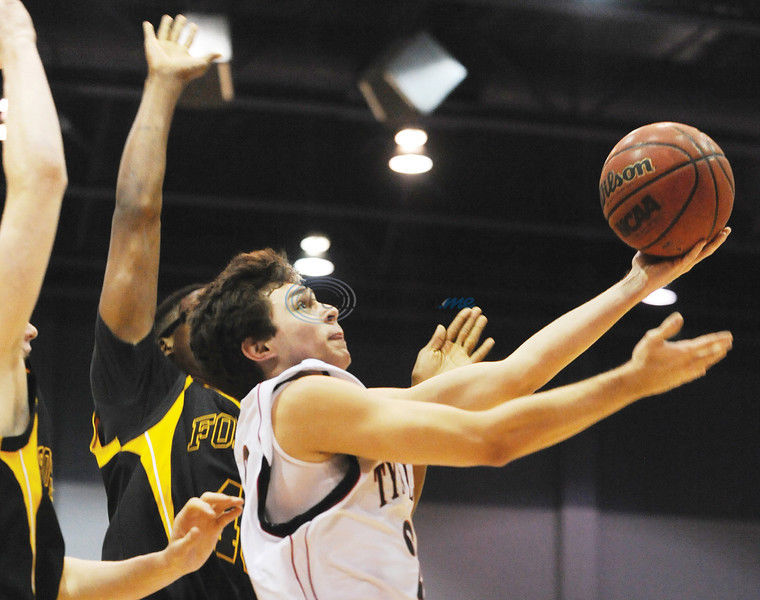 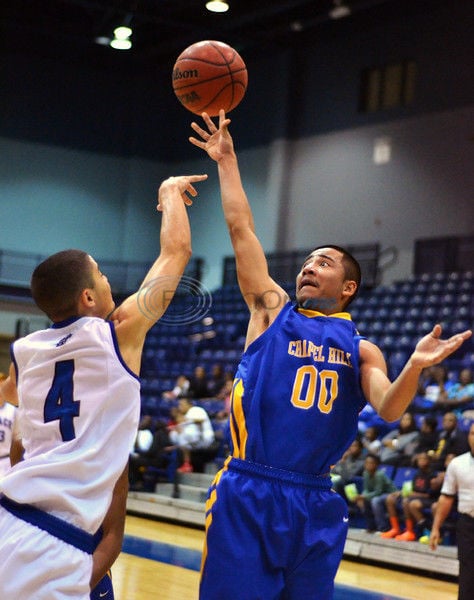 Ramsey scored 11 points during a stretch where Forney went scoreless for nearly 10 minutes as Lee won comfortably 61-41 Saturday in the final game of the TABO Scholarship Classic at UT Tyler's Herrington Patriot Center.

Ramsey finished with 17 overall to go with four steals. He also drained five of his six 3-point attempts with Lee (3-1) connecting on 11 overall from distance.

Meanwhile Lee held Forney to 23 percent (12 of 51) shooting in its victory.

"They got looks, but most of the time we had a hand in their face," REL coach Alan Johnston said. "They went to the free-throw line a little more than I would like, but overall I think we gave a good effort and (a lot of players) contributed."

Minutes before Lee took the floor, Whitehouse was finishing up an equally dominant performance in a 76-45 win over Canton.

The Red Raiders and Forney matched each other from beyond the arc in the early minutes of the contest, but the visitors could not get anything else to fall, which enabled Lee to push out ahead, 15-8.

In the second period, Forney's Jajuan Tilley made three 3-pointers, his third one giving the visitors a 23-22 lead with 3:13 left in the half.

Forney then went ice cold and Lee took advantage with Caleb Johnston (15 points, five rebounds, two blocks) and Ramsey leading the way on a 15-0 run that took the teams through the second and third periods.

Forney's Cameron Black finally made a basket to end the cold streak with 37 seconds left in the third period, but by that time, REL had built an insurmountable 48-26 cushion before seeing out the victory in the fourth.

The Wildcats received 17 points from Calvin Vaughn while 11 different Whitehouse players scored in a convincing victory over the Eagles. Whitehouse turned up its defensive pressure to force 19 turnovers.

Datavion Thacker finished with 21 points and Claude Franklin added 16 to lead Jacksonville past Brownsboro for the second time this season.

The Indians opened the season with a 75-44 win over the Bears before scoring Saturday's 45-point victory, during which Jacksonville took a 41-18 lead into the break. Jacksonville pulled away even more in the second half and outscored Brownsboro 25-10 in the third period.

Jacksonville had one loss in the regular season last year under former coach Brent Kelley, who's now at Whitehouse. New Indians coach Mark Alexander has kept the pressure defense in place as his team turned many turnovers into points against the Bears.

Jared Bragdon finished with eight points to lead Brownsboro, which fell to 0-3 on the year.

Frankston trailed until less than two minutes remained in the game, then overcame Mount Pleasant Chapel Hill to secure the come-from-behind win.

The Indians took their first lead of the day when Gunnar Murphy made a basket with 1:40 left. They then made the front end of a one-and-one to make it a two-possession game with 10 seconds remaining.

Kendrick Rogers, a 6-4 sophomore, had 17 points and 11 rebounds to lead Frankston. Murphy contributed 11 points and eight boards for the Indians, who improved to 2-1 on the year.

Baron Rogers (12 points), Dylan Zachary (11 points) and Skylar O'dell (10 points) finished in double figures for MPCH, which fell to 5-2 after leading by as many as 11 points in the third quarter.

The Cougars built as much as a 27-point advantage on two occasions, with the last coming on two free throws by Trevor Gunter late in the second period.

The Bulldogs, playing without their football players who are still involved in the playoffs, battled back and got within 67-61 in the closing minutes of the fourth period on charity tosses by Sir Cedric Suell.

Chapel Hill received 33 points from Keilon Moore, with 21 points coming in the second half.

Phillip McKinney and Gunter each added 11 points for the Cougars.

Travion Taylor had 11 points for the Bulldogs.

The Bishop Gorman Crusaders reeled off an 18-2 run to start the game and held on to win 60-41 over Pittsburg.

The Laneville Yellow Jackets defeated Miller Grove 68-61 in the opening game on Saturday.

Laneville's Ty Johnson picked up his fourth foul with 5:34 left in the third period and after two charity tosses from Miller Grove's Nathan George the game was tied at 37-37.

The Yellow Jacket defense turned up the pressure and Dontavious Harris scored three baskets and Kendrick Anderson added two buckets during a 14-4 run to build a 51-41 lead.

Laneville, coached by former Robert E. Lee standout Hosea Lee, extended the advantage to 16, 68-52, before the Hornets battled back and scored the final nine points of the game for the final score of 68-61.

Johnson finished with 21 points and Harris contributed 17 points for the Class 1A power Yellow Jackets.

NEXT UP — Texas High at Whitehouse, 7 p.m. Tuesday.

Phillip McKinney and Andrew Melhart each added nine for the Cougars, with the duo combining for seven assists.