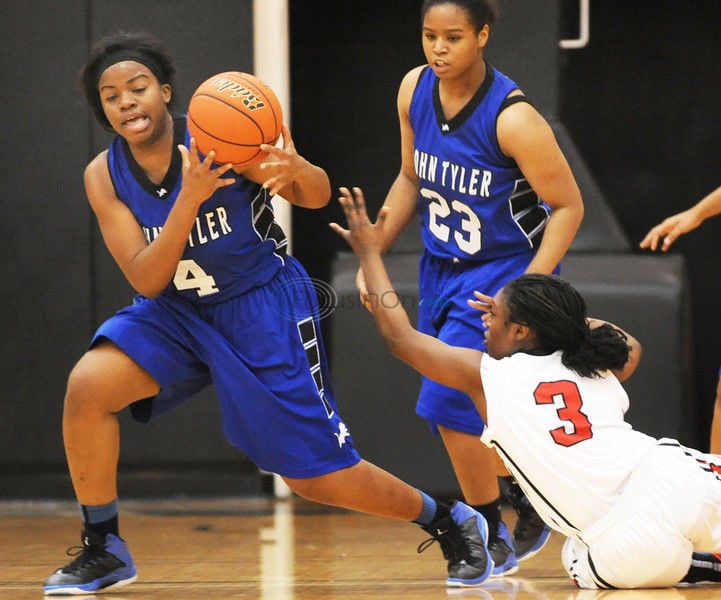 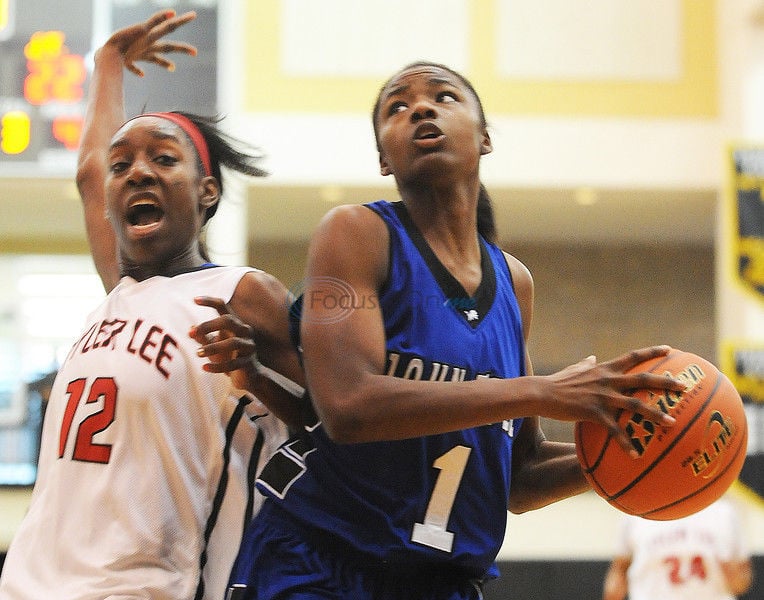 But when you force the opposition into 38 turnovers and make eight 3-pointers, cold shooting still turns into a comfortable victory.

“It was a tough first quarter and first half, but finally we settled down and the shots started falling a little more in the second half,” said JT coach Mike Smith, whose Lady Lions improved to 5-2.

All told, JT missed 61 shots, which was 14 more than Lee attempted in the game. The Lady Raiders trailed 27-22 at halftime, but were outscored 20-8 in the third period to enable JT to build an insurmountable lead.

Joining Wickware in double figures from JT were Ashtyn Beal (14 points, three steals) and Ramey Duncan (11). Kayla Webb finished with a double-double of 12 points and 10 rebounds.

The Lady Raiders also had a double-double with leading scorer Dominique Thomas doing the honors with 14 points, 11 boards and three steals. DaJah Thompson finished with 12 points, nine rebounds and five steals for Lee in the loss.

Lee (1-5) has now dropped four games in a row. It was REL’s first game without starting point guard Tree Brooks, who suffered a season-ending knee injury in its last game and coach Lloyd Mahaffey said his team struggled to break down JT’s pressure without her.

“We have to do a better job of taking care of the basketball,” Mahaffey said. “It’s hard to overcome that many turnovers and win. We can’t change what happened (losing Brooks) and are going to have other girls step up and we have to push forward.”

The Lady Raiders handled JT’s pressure in the first half and exploited it by getting the ball inside to Dominique Thomas, but had just 22 field goal attempts in the second half compared to 39 for the Lady Lions.

“It’s good to know that we can put that kind of pressure on people, but they are at a handicap right now because they just lost their point guard,” Smith said about the Lady Lions’ defense. “They are going to find someone (to take over), but I thought the girls who did play (for Lee) played real hard.”

JT never trailed in the contest thanks in large part to the Lady Lions converting two 3-pointers each period, led by Duncan and Wickware, who made three apiece.

Thomas scored six points for REL in the first with JT leading 15-11 entering the second period. The Lady Raiders pulled within three points, 24-21, with 1:43 remaining in the half on two free throws by Erin Brinkley. JT responded with a trey from Duncan to give the Lady Lions a 27-22 lead at the break.

Thomas got inside for a basket to start the third period and again cut JT’s lead to three points, 27-24.

REL made one more field goal the rest of the third period with JT using 14-2 and 6-0 runs to put itself in the driver’s seat, 47-30, entering the fourth.

The teams were even in the final frame, but JT had already done all the damage it needed to seal a 19-point win.

JT returns to action on Tuesday, Dec. 3, at home against Hallsville with the Lady Raiders on the road Dec. 3 at Rusk.