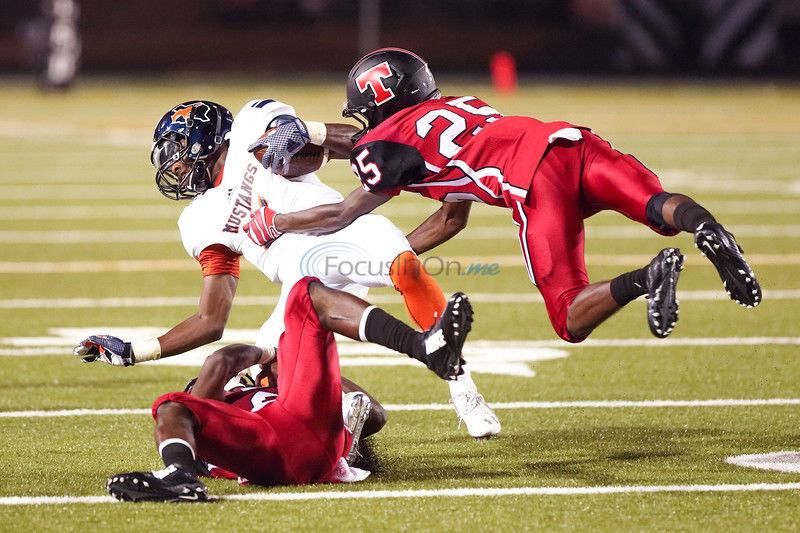 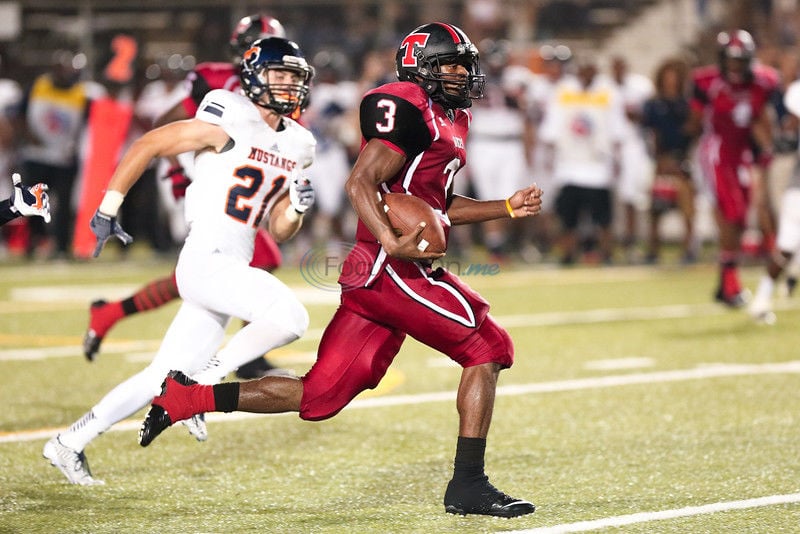 With the East Texas State Fair going on in the distance, Robert E. Lee junior quarterback Zach Hall decided to provide the fans at Trinity Mother Frances Rose Stadium with his own never-before-seen feats of strength, speed and agility.

"He's pretty good," Lee coach Darrell Piske said about Hall with a sly grin following the game. "But that is also his brothers blocking for him. And that is where those big plays come from when his receivers block downfield."

His rushing total is second all-time, only trailing Williams' 264-yard effort in 2005 against Hollywood (Florida) Chaminade-Madonna.

Hall's first run and his last carry went for negative yardage. But the ones in between were anything but. Hall scored on runs of 1, 40, 6, 10, 1 and 57 yards. He capped his evening with an 18-yard touchdown pass to Devonte Craver. He would've had two scoring passes if not for a penalty bringing back a 65-yarder.

"My line was opening up the holes for me and all I had to do was run straight and use my athletic ability," Hall said. "I just had to make the defense miss."

As a team, the Red Raiders finished with 440 yards rushing and 691 total.

Oh, and Lee also set a new school scoring mark with 62, surpassing the mark they set in 1991 against Lufkin and again in 2008 against Dallas Kimball.

Hall and REL's performance overshadowed an equally unreal effort by Sachse receiver Devin Duvernay. The junior is one of the top recruits in the country and showed why as Duvernay finished with seven catches for 172 yards and two touchdowns and rushed for a 39-yard score.

The first two picks were by Patrick Udofia and Teddy Matlock. The final one was by Jonathan Wheeler to seal the victory.

The Mustangs also entered the game averaging 48.6 points per game. They scored 28 points in the first half to lead Lee 28-21 at halftime.

But for the second time in as many weeks, Lee's offense and defense combined to get the Red Raiders in front in the third quarter.

The Red Raiders scored consecutive touchdowns on a 24-yard run by Mason Parker and 6-yard keeper by Hall. The second extra point hit the post, leaving Lee in front 34-28.

Lee gave up a kickoff return touchdown near the end of the second quarter to Donovan Duvernay and nearly did it again following Parker's score. Only a last-ditch effort by Matthew Hawk prevented it, stopping Donovan Duvernay at the Lee 17.

All that did was prolong Sachse's trip the end zone by one play as Devin Duvernay caught the next pass and went in for a 17-yard score and 35-34 lead.

The Red Raiders needed three plays to jump back in front with Hall doing all of the work with a 30-yard run, a 9-yard completion to Jordan Devers and a 10-yard scoring run.

Another kickoff, but this time Lee decided to try its luck with an onside kick.

And it worked perfectly with Jaryd Tatum corralling the ball at the Sachse 33. Four plays later and Hall was back in the end zone and Lee led 46-35. The two-point conversion run by Craver made it 48-35.

Sachse answered once more, but Lee responded with a 57-yard touchdown run by Hall and recovered another onside kick. This time Sachse held REL's offense, but the drive was able to bleed time off the fourth-quarter clock.

Then just for good measure, REL's defense stopped Sachse on a fourth-and-short and Hall connected with Craver for an 18-yard TD strike.

The Red Raiders now turn their attention to Rowlett, which defeated Lakeview Centennial 21-17 in its district opener. The contest is set for Garland on Friday.