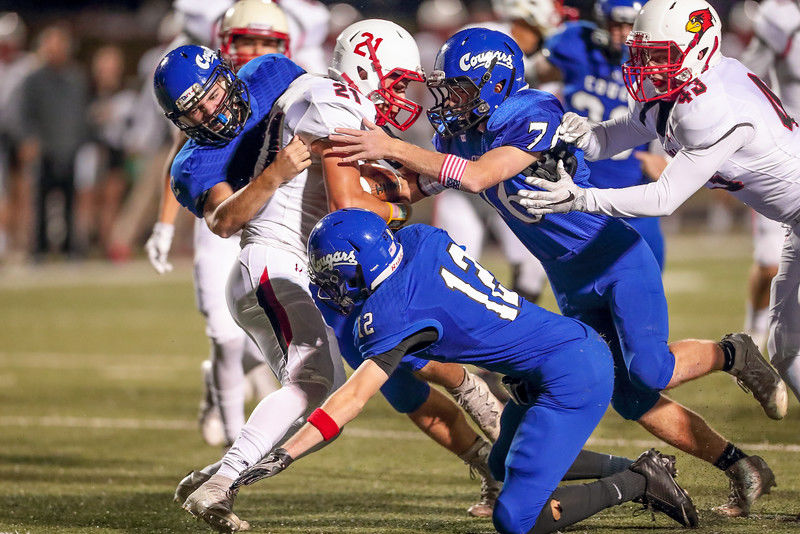 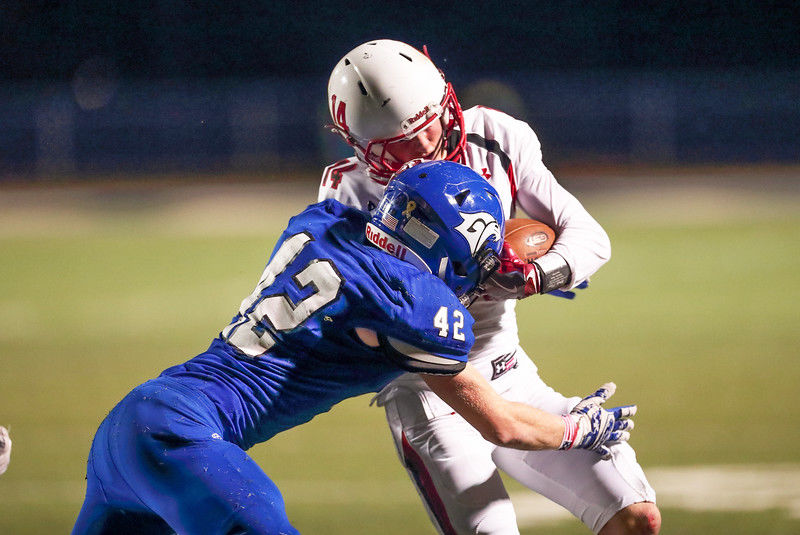 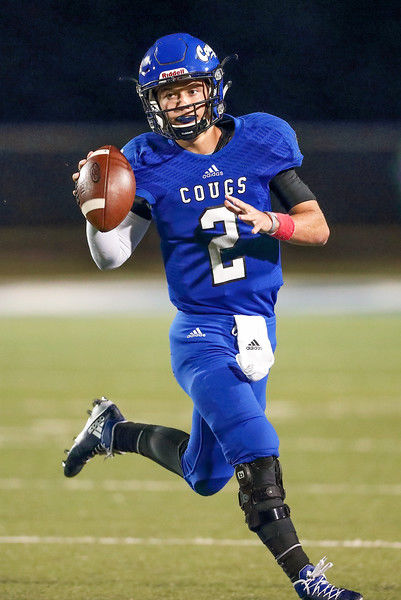 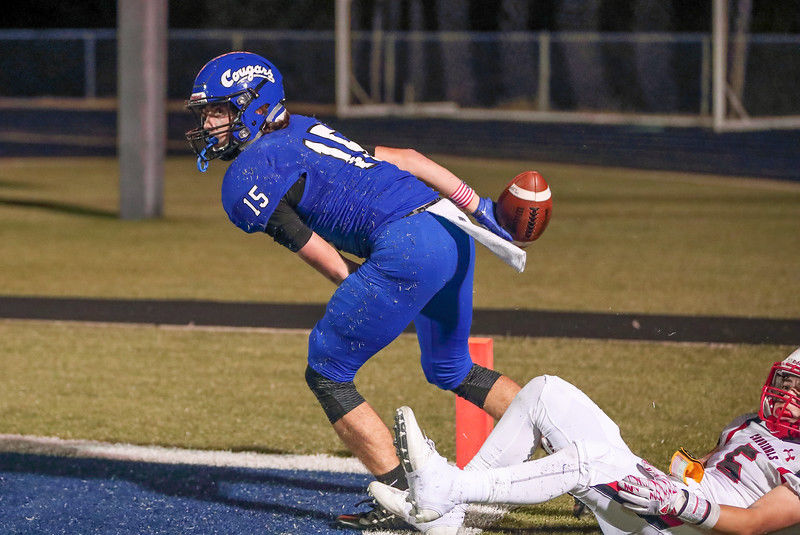 Grace Community School's WR Parker Ary (15) makes a catch for a TD deep in the corner of the end-zone, during the Bi-District play-off game between Grace and Fort Worth Christian, at GCS Clyde-Perkins Stadium. (Lang White / Correspondent)

Grace Community School's WR Parker Ary (15) makes a catch for a TD deep in the corner of the end-zone, during the Bi-District play-off game between Grace and Fort Worth Christian, at GCS Clyde-Perkins Stadium. (Lang White / Correspondent)

That was what both sides were saying - one an elated wow and the other a sad wow.

The Grace Community Cougars scored with 7.4 seconds left in the contest to defeat defending state champion Fort Worth Christian 56-52 on Friday in a TAPPS Division II bi-district playoff game at Clyde-Perkins Stadium.

In the back-and-forth contest, the Cardinals scored with 40 seconds to play on a Cade Garcia 3-yard run to push Fort Worth Christian ahead 52-49.

After a kick out of bounds, the Cardinals kicked to the other side of the field and freshman Alvin Skipworth fielded the football and returned it 45 yards to set the Cougars up at the Cardinal 30-yard line with 30 seconds showing on the clock.

The cool and collected Christopher Wilhelmi found Zach West for seven yards to the FWC's 23. He then spiked the ball to stop the clock.

On the next play, Wilhelmi dropped back and threw the ball in the end zone and receiver Parker Ary went up between two Cardinal defenders and came down with the 23-yard touchdown reception to put Grace up 56-52 with 7.4 seconds left to play.

Fort Worth Christian had one play but was tackled inside Cougar territory and the celebration began.

Grace (8-3) advances to meet the winner of Saturday's contest between Bullard Brook Hill and Midland Christian.

Fort Worth Christian ends its season at 8-3.

Wilhelmi, a senior quarterback, threw five touchdown passes and rushed for two others, while Ary and Garrett Tauscher each caught three TD passes. Receiver and backup quarterback Braydon Stone threw one touchdown pass to Tauscher on a reverse pass.

Grace's Stone was 2 for 2 for 98 yards and Ary caught five balls for 144 yards. Tauscher had seven receptions for 159 yards.

Fort Worth Christian was led offensively by Knoop with 19 carries for 190 yards and Garcia added16 totes for 149 yards on the ground. Knoop passed for 290 yards through the air.