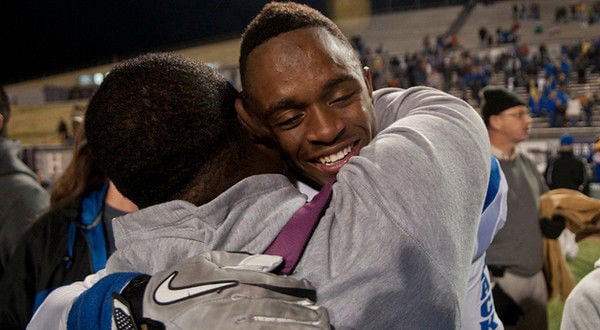 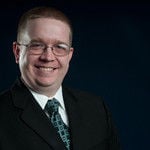 The state’s top-ranked team has been on the brink of elimination the last three weeks only to summon a trio of rallies for the ages to keep their dream of a state title alive.

From Andrew Tucker’s 93-yard touchdown in the final minute against Waco La Vega, to Jay Reagan’s two fourth-quarter scoring runs to save Chapel Hill against Navasota, to Friday night’s two-minute drive to remember against West Columbia, the Bulldogs have not been short on drama in the playoffs.

There’s only one thing left to do.

“We’ve got to get our mind cleared,” Bulldogs senior quarterback Avery Saenz said after Chapel Hill’s 21-16, last-second victory Friday. “This game’s over. The celebration ends tonight, because we’ve got one more to win.”

Standing in the way of Chapel Hill (14-0) and the term “team of destiny” is Alvarado (14-0), which knocked off defending state champion Henderson, 34-13, in their semifinal.

The Class 3A Division I state championship game is scheduled for 7:30 p.m. Friday from Cowboys Stadium in Arlington.

A Bulldogs win would make the journey to state the stuff of legend.

“These last three games have been hard to stomach,” Chapel Hill coach Thomas Sitton said. “When it looks like they’re down, they find a way to come out of the corner fighting and find a way to get it done.”

West Columbia seemed intent on turning Chapel Hill’s dreams of a state crown into a nightmare.

Midway through the fourth quarter and backed up inside their own 15, the Bulldogs lined up to punt in a 14-14 game. The snap went over punter Nelson Onwuzu’s head and out the back of the end zone for a safety, giving the Roughnecks a 16-14 lead with 5:42 to go.

West Columbia picked up one first down before its ensuing drive stalled at the Chapel Hill 40. Following a short punt, the Bulldogs took over at the 22 with 3:17 remaining, still armed with all three timeouts.

But on third-and-14, Saenz was intercepted by Broderick Thomas at the Chapel Hill 38. There was only 2:36 left, and one West Columbia first down would send the Bulldogs home.

It was Saenz’s third turnover of the second half.

“They were doing some tricky things with their blitzes in the second half,” Saenz said. “They were throwing some different things at us and it took us a while to adjust. We had to fight through it.”

Chapel Hill used its timeouts on defense after stops on first, second and third down.

On fourth-and-2 at the 30, Sean Flannel got the carry but was stonewalled for just a 1-yard gain, giving the Bulldogs the ball at their own 29 with 2:09 remaining.

Tucker picked up 6 yards on first down, but then Saenz was sacked for a 5-yard loss on the next play. On third-and-9, Saenz was flushed from the pocket and could only scramble for 2 yards, leaving Chapel Hill with a fourth-and-7 at its own 25 with the clock still rolling.

“The whole time I was just praying ... we can’t go this far for it to end here,” Onwuzu said. “I knew something was bound to happen.”

With the season hanging in the balance, Saenz took the snap and immediately rolled out of the pocket to his right. He spotted a one-on-one matchup deep down the sideline, planted and stepped into a high-arching pass.

Junior receiver Tre Allen leapt high in the air and came down with the jump ball for a 43-yard reception down to the West Columbia 25.

“I was rolling out and threw late because I looked to make sure it wouldn’t be intercepted from the other side,” Saenz said. “I was looking downfield at Tre the entire time. Once he went up for it I knew he was going to catch it.”

Chapel Hill hurried to the line and Saenz spiked the ball on first down with less than 30 seconds remaining.

Saenz hit Avery Henderson on the right sideline for 12 yards on the next play. On first down, Saenz attempted a fade to Onwuzu in the back, right corner of the end zone, but the pass was broken up.

The Bulldogs returned to the line of scrimmage, Saenz took the snap, scanned the field and lofted a pass over the defender to Onwuzu in the back of the end zone for the game-winning score with only eight seconds remaining.

“My target was to the left and I could see it wouldn’t be far enough,” Saenz said. “Then I looked at my second read and just threw it where I had to. That was it.”

“(The other receivers) were all go-routes and I was a post,” he said. “I knew I had to beat my dude and I did that, then I just had to catch the ball and that would be it. It was a picture-perfect ending.”

West Columbia fumbled on the kickoff return, and Saenz took the field to take a knee that sent Chapel Hill to the state finals for the second straight season.

“I wouldn’t want to go to war with any other kids in the state of Texas,” Sitton said. “When times get the toughest is when they play their hardest and play their toughest. We’re just extremely happy about getting the opportunity to go back (to state).”