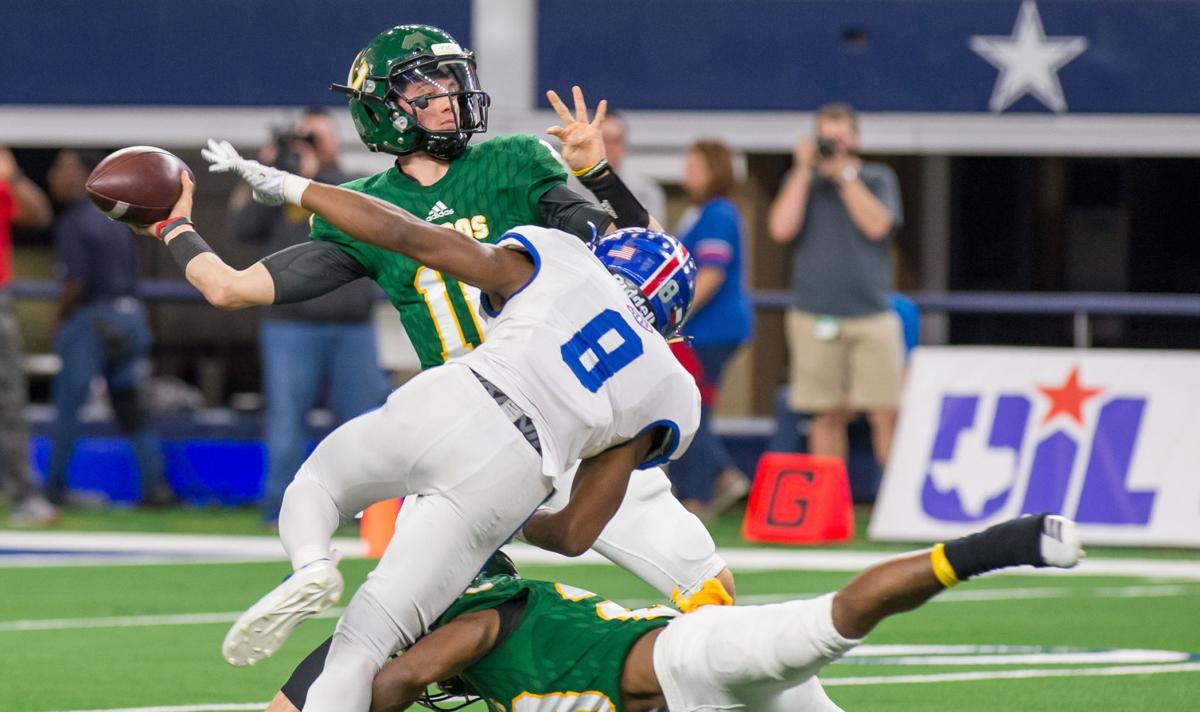 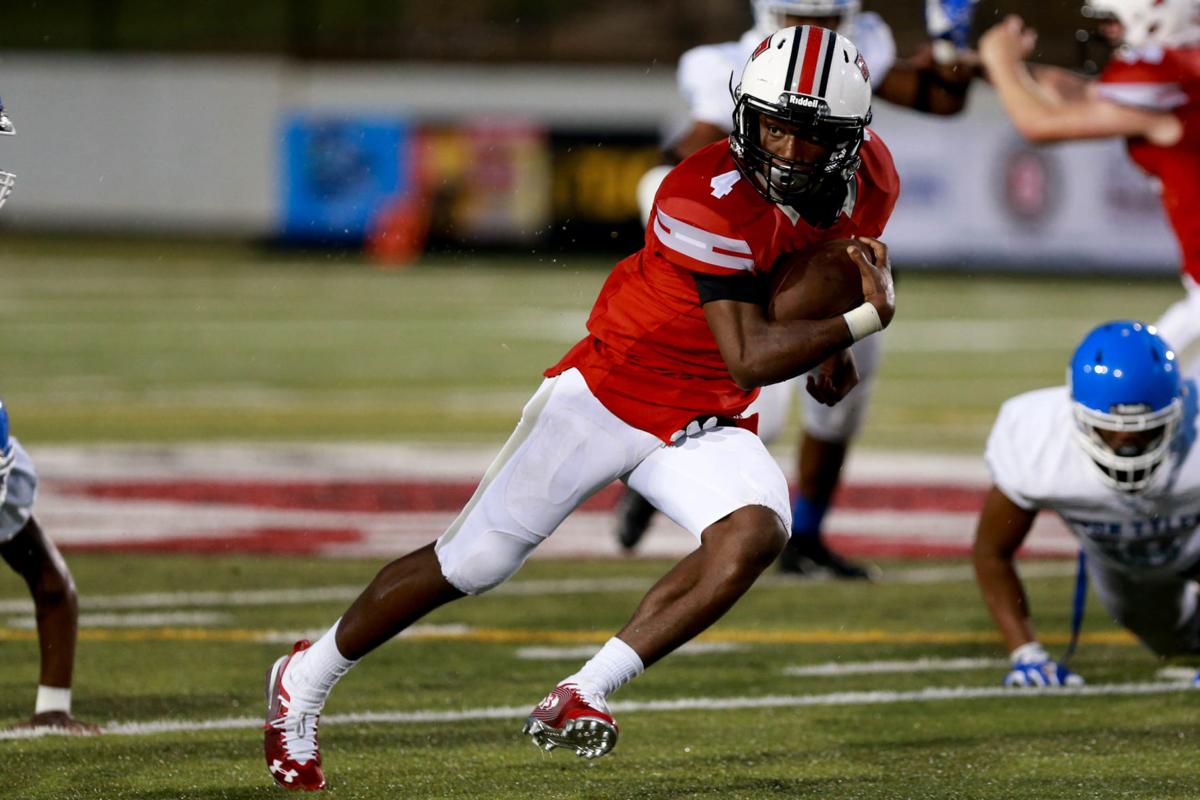 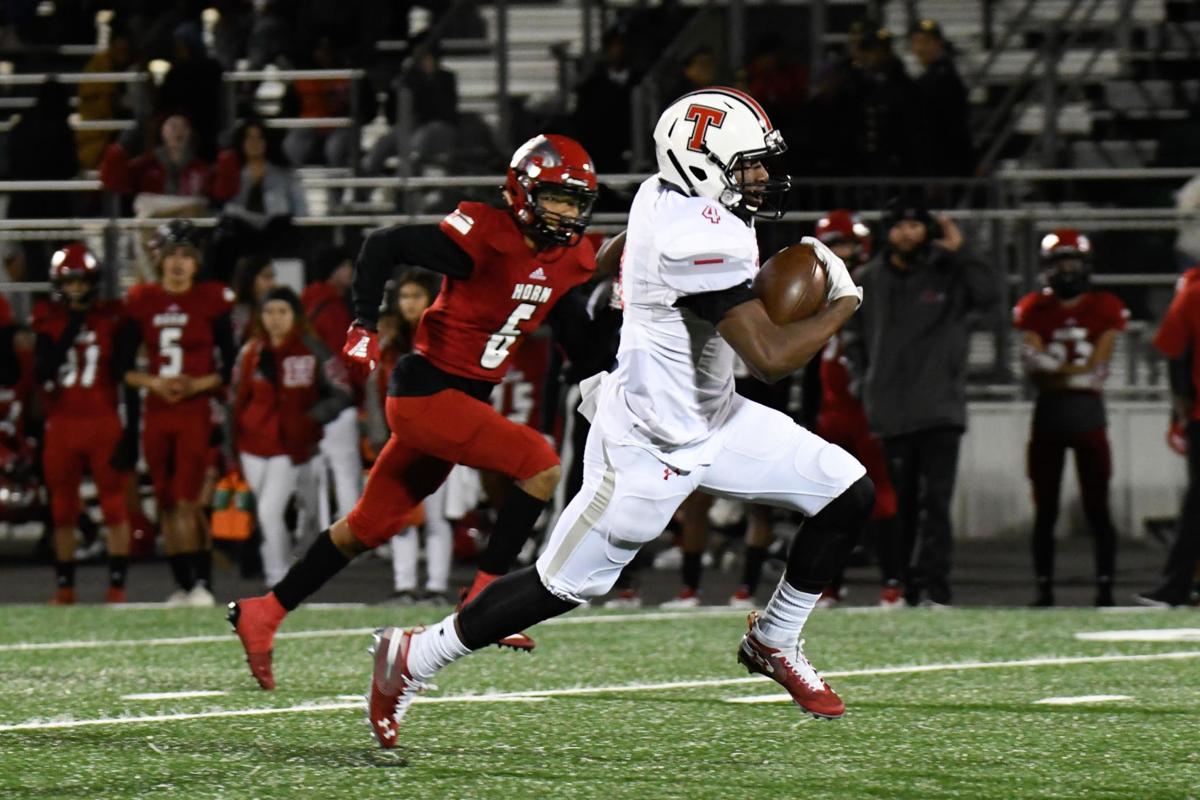 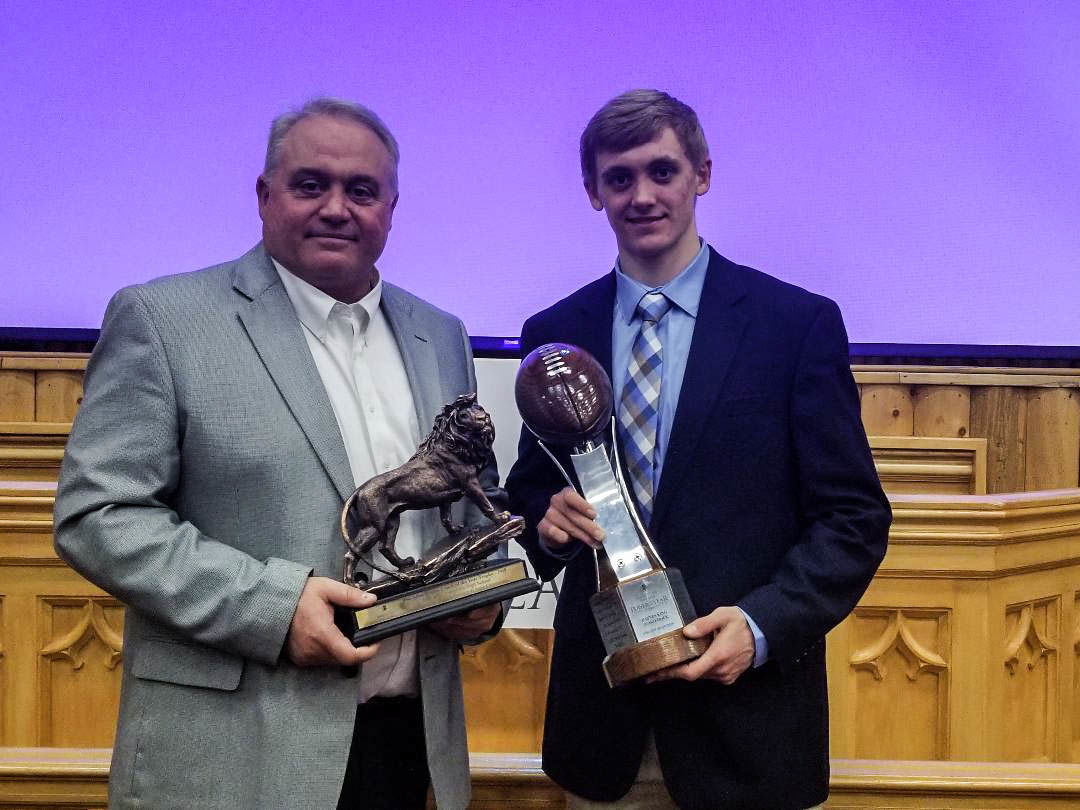 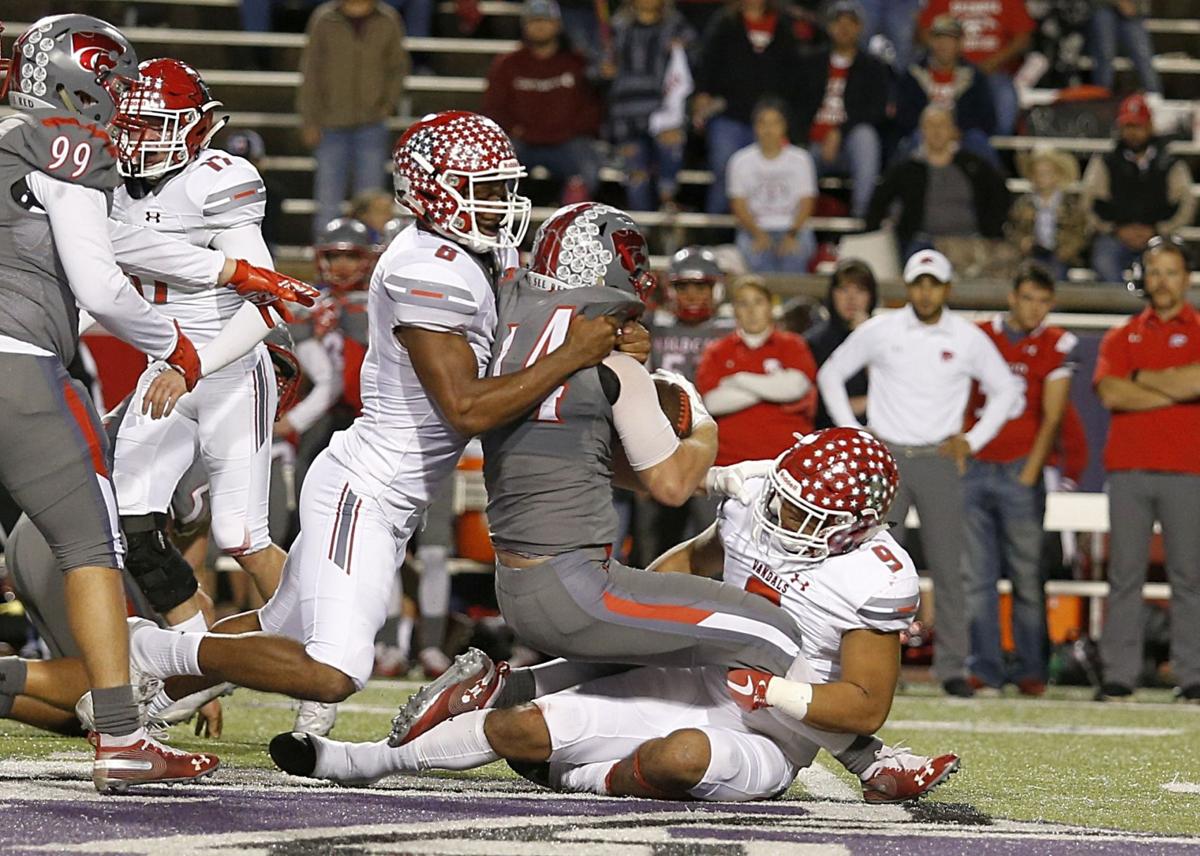 Jayden Jacobs is the American State Bank Player of the Week for Week 8 of the high school football season. 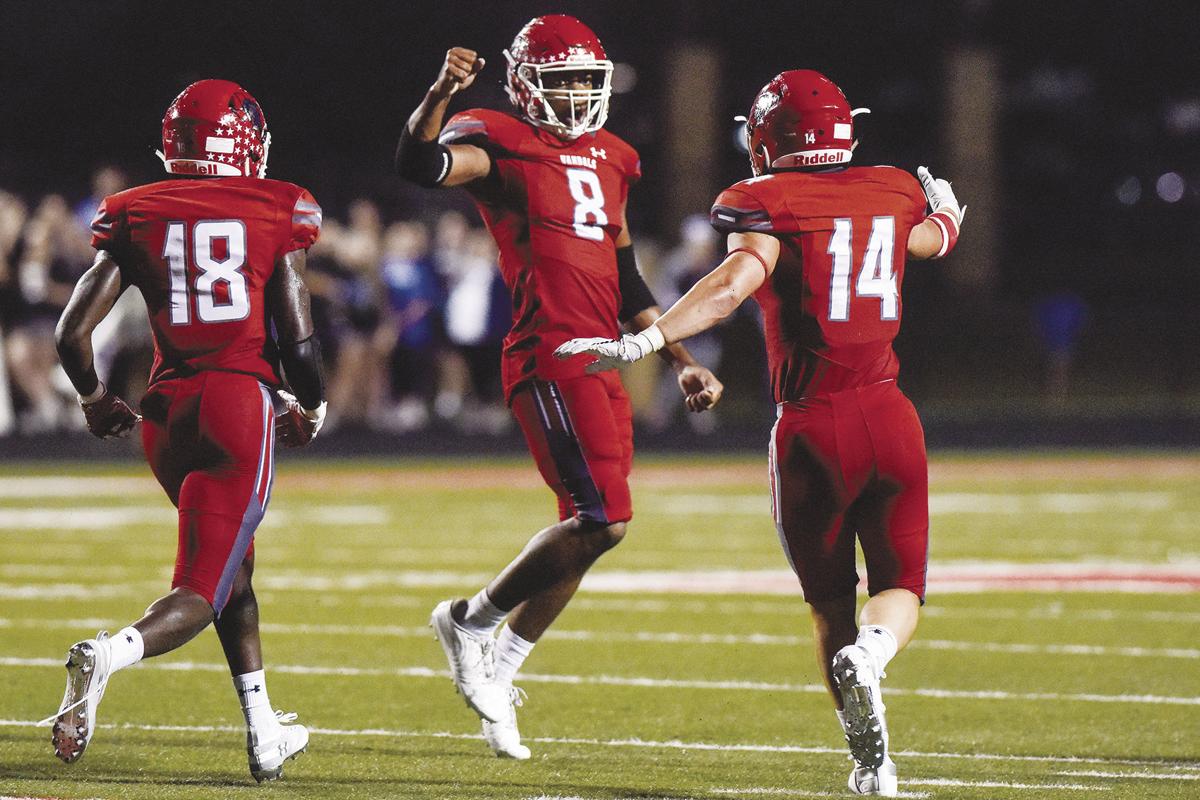 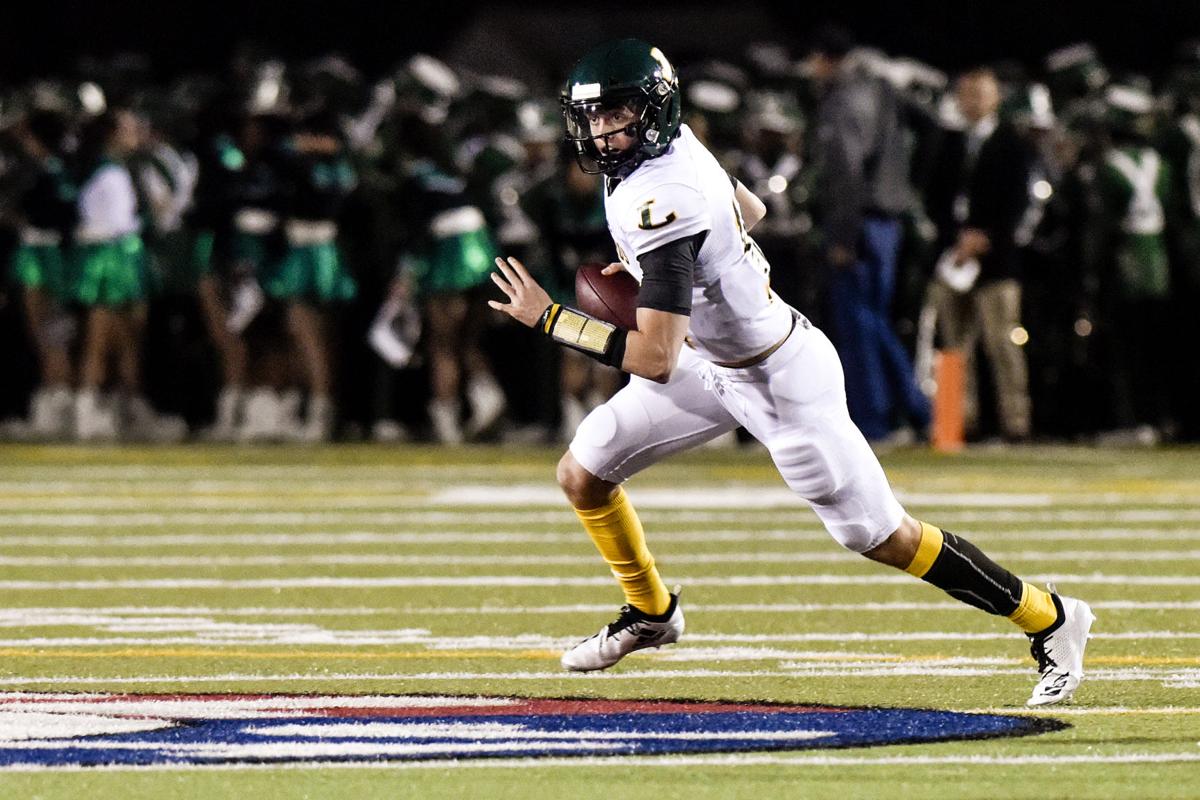 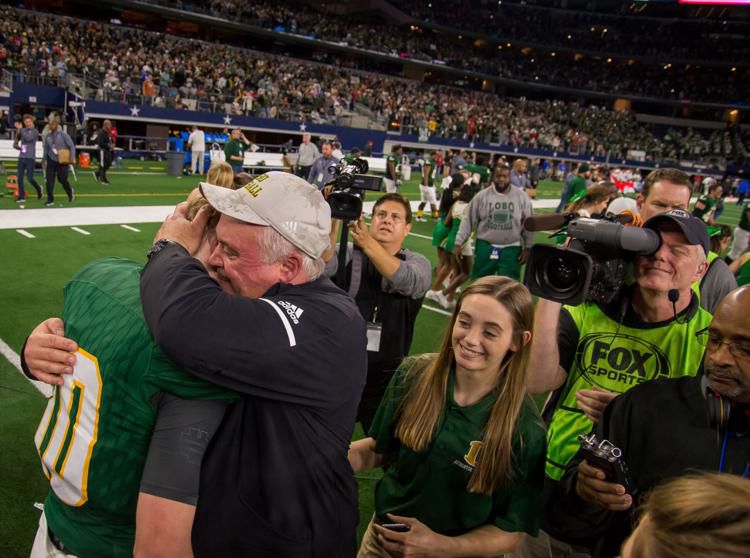 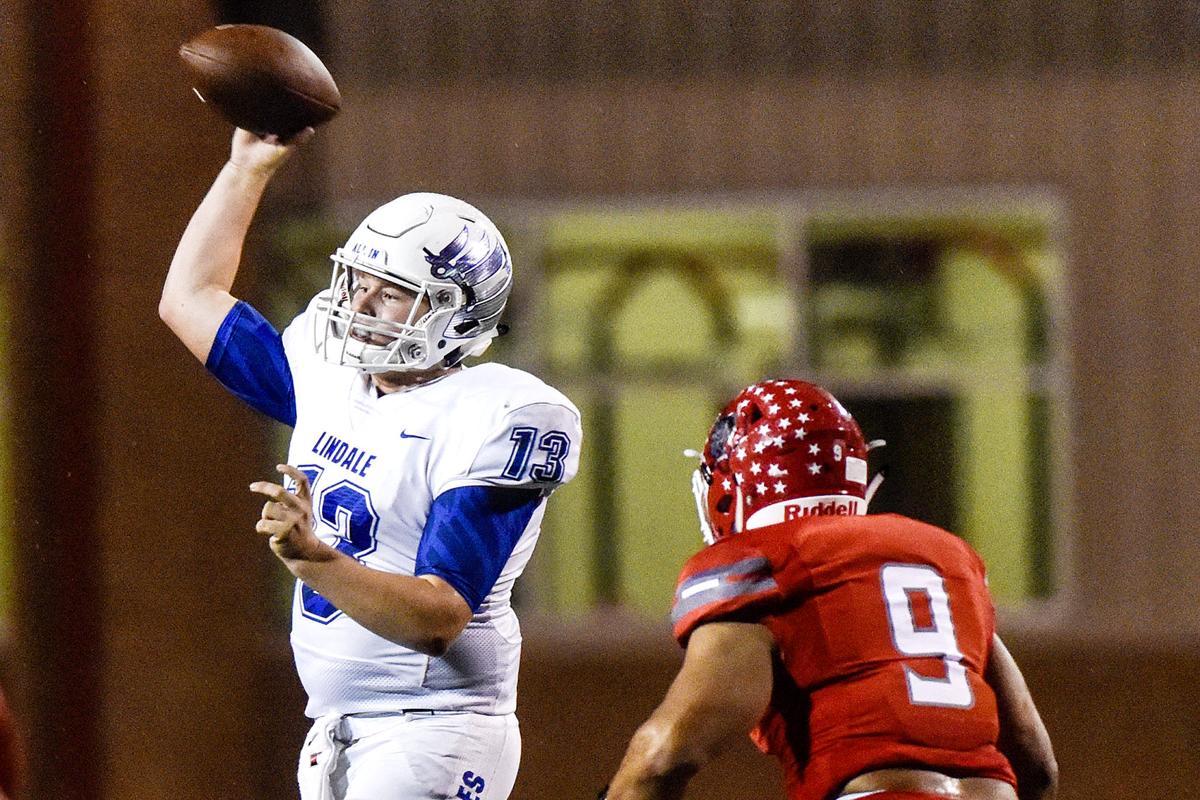 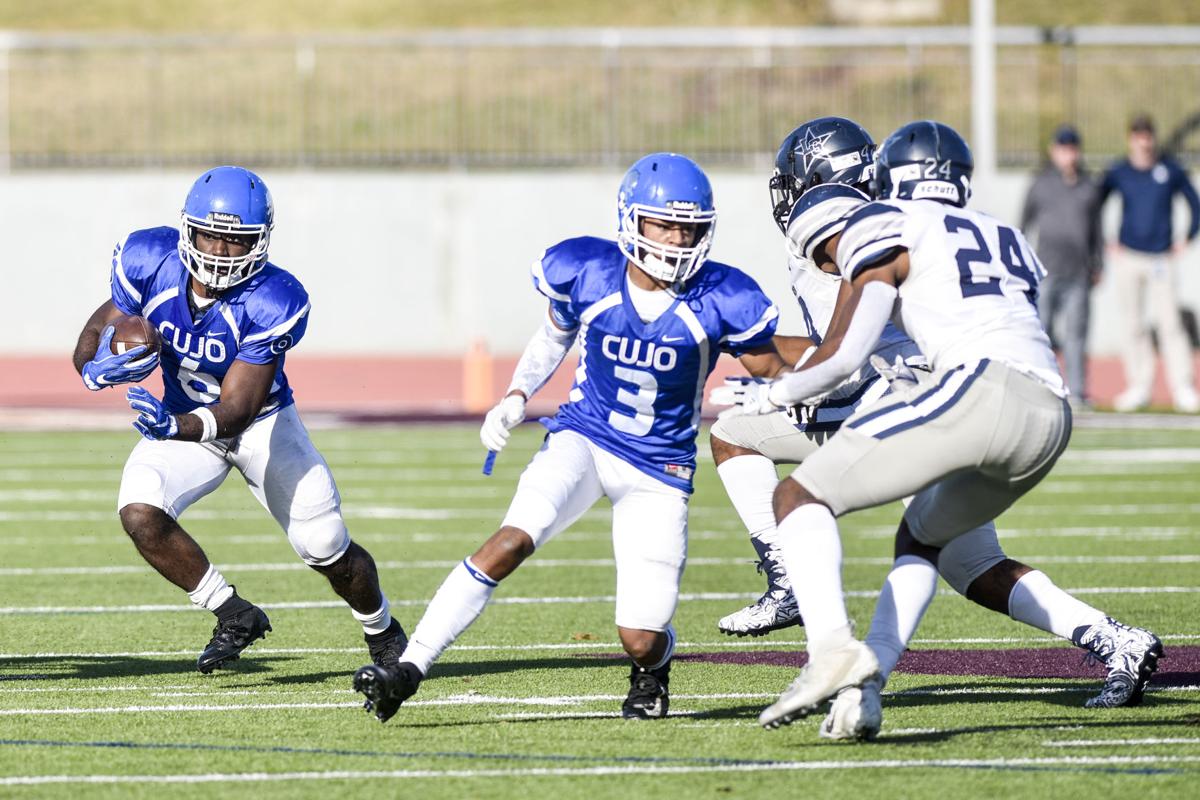 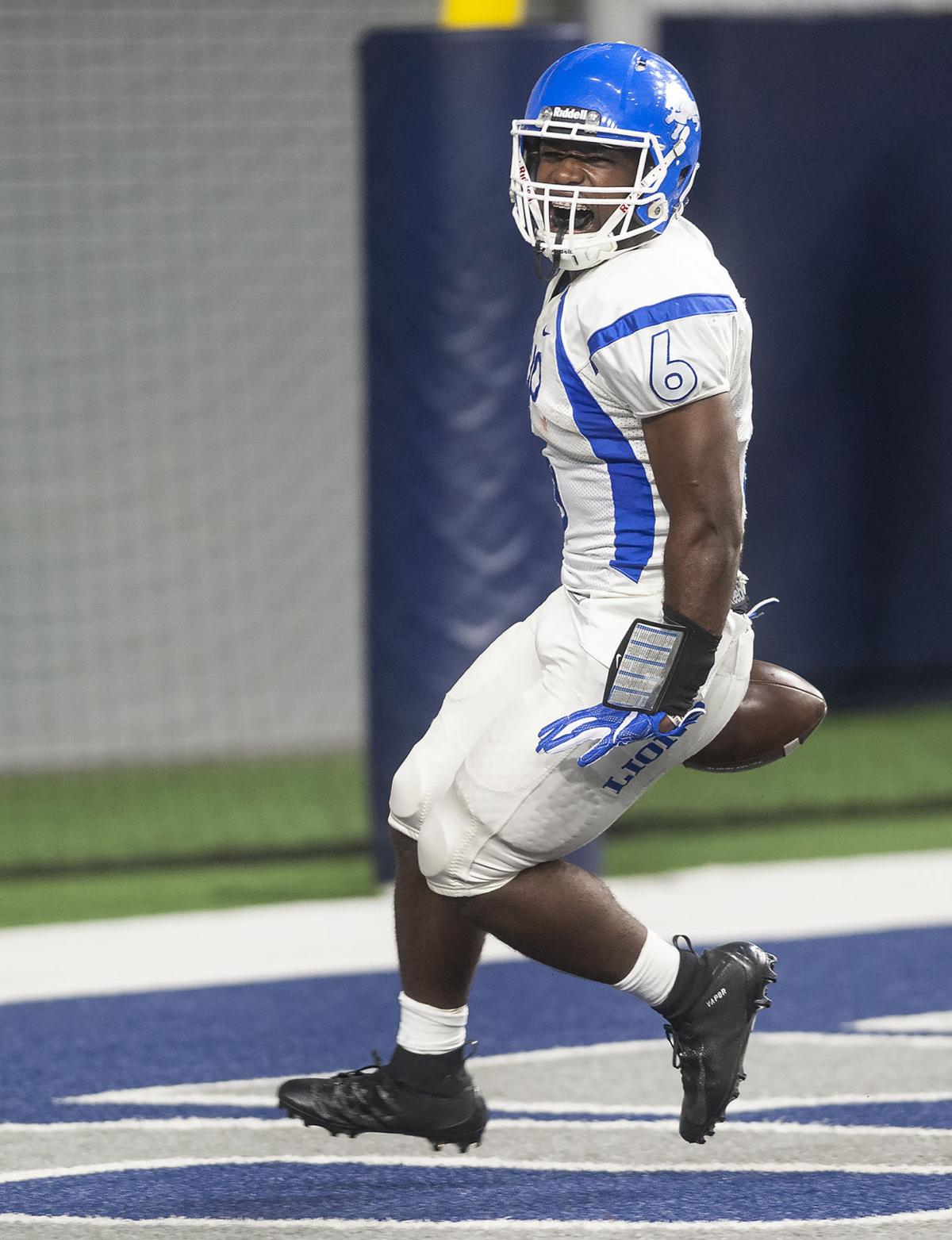 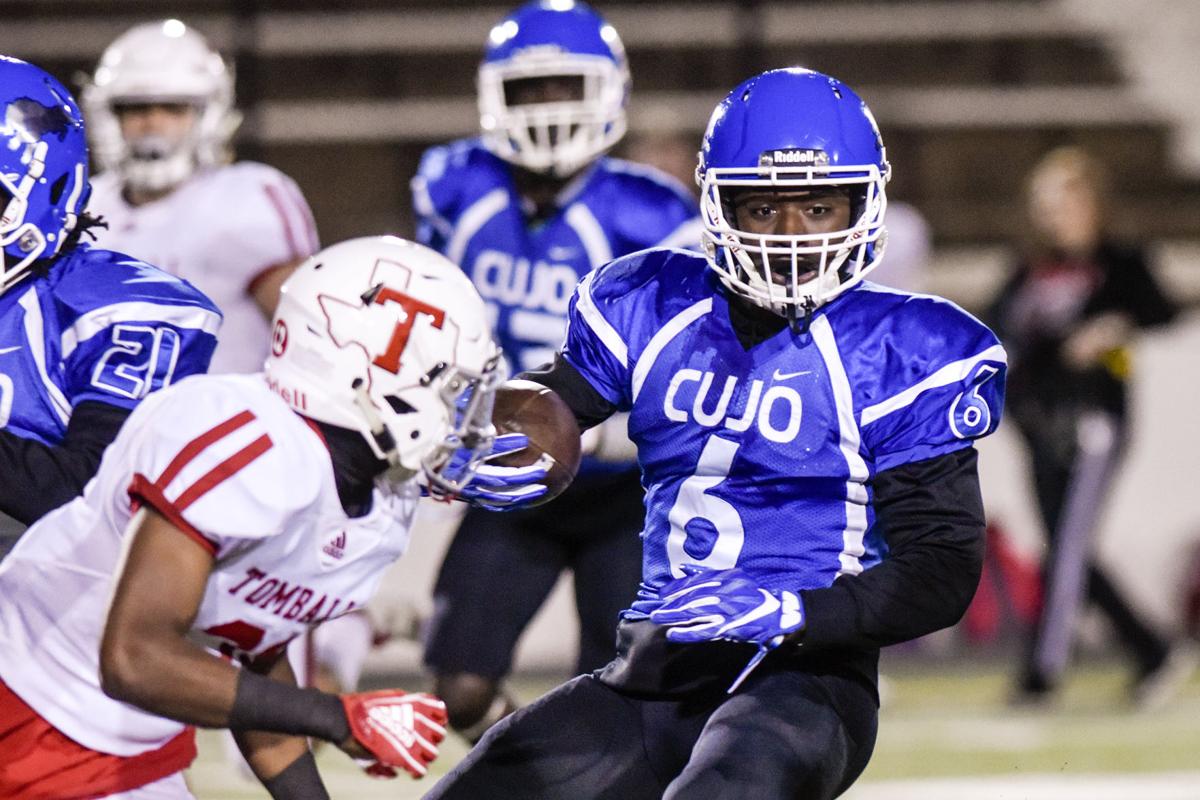 Jayden Jacobs is the American State Bank Player of the Week for Week 8 of the high school football season.

A father and son combination helped lead the Lobos to that achievement.

Malakoff advanced to a state final for the first time in program history in a season filled with adversity.

A younger brother of a former John Tyler Lion burst onto the scene as a freshman at Tyler Lee, sparked by a breakout game against the crosstown rival.

It was that kind of football season for East Texas, and all of these moments helped shape the 2018 Tyler Morning Telegraph All-East Texas Football Team.

Haynes King grew up wanting to play quarterback for the Longview Lobos. The junior threw for 3,665 yards on 183 of 273 passing with 41 touchdowns and four interceptions to lead the Lobos to a perfect 16-0 record and the Class 6A Division II Championship. King also rushed for 568 yards and eight touchdowns.

King is considered one of the top quarterbacks in the country for the Class of 2020, and he has numerous offers, including LSU, Miami, Oregon, Arkansas, Auburn, Baylor, Tennessee and UCLA.

King’s father, John King, was selected as the All-East Texas Coach of the Year.

Following a 16-0 season, the Longview head coach moved to 169-35 during his tenure with the Lobos.

Jamarion Miller, who is the younger brother of former John Tyler star Damion Miller, made the most of his first year in high school football. The freshman running back carried the ball 119 times for 807 yards and seven touchdowns.

In just his second varsity game with the Tyler Lee Red Raiders, Miller rushed for 152 yards on 16 carries with two touchdowns, including a 44-yarder, against John Tyler.

While it was another great year for offense in East Texas, there were also some standout defensive performers.

In Week 8, Jacobs finished with 16 tackles (5 for a loss), six quarterback pressures, two sacks, two forced fumbles and a fumble recovery to be named the American State Bank Player of the Week.

The first-team quarterback is Lindale’s Dillon Heinaman — 236 of 360 for 3,009 yards, 33 touchdowns and 11 interceptions passing; 118 carries for 435 yards and four touchdowns rushing. He has signed with Hardin-Simmons.

The first-team utility player is Tyler Lee junior Jamal Ligon. Ligon played fullback, tight end and defensive end to earn District 11-6A Player of the Year honors. He had two carries, both for touchdowns. He had 14 catches for 125 yards and a touchdown. He had three two-point conversions. Ligon had a 97 percent grade as a blocker. On defense, he had 63 tackles, 11 tackles for loss, 22 quarterback pressures and six sacks. Ligon has offers from Alcorn State, Arkansas State, Army, Houston Baptist, Illinois State, North Texas, Texas Southern and Texas State.

The first-team punter is Tyler Lee junior Mark Patton (35.5 yard per punt average, long of 62, two inside the 20).