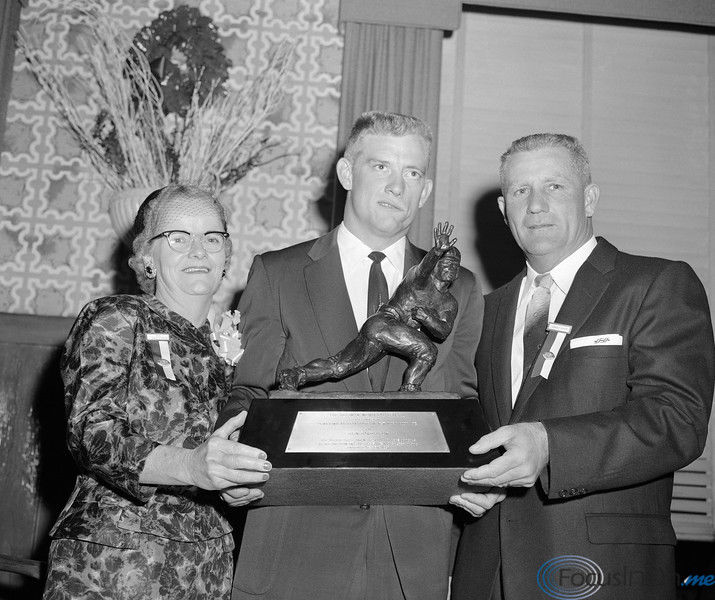 John Crow, Texas A & M Halfback, center, and his parents, Mr. and Mrs. Harry Crow of Springhill, LA., hold Heismam Memorial Trophy award to Crow as the outstanding college football player of 1957 at dinner Dec. 12, 1957 in the Downtown Athletic Club. Crow was the No. 1 regular draft choice of the Chicago Cardinals. (AP Photo) 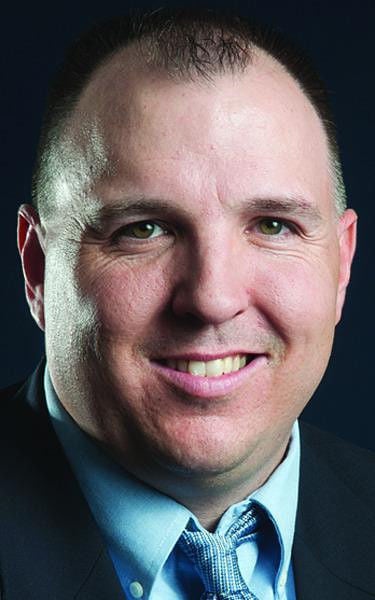 John Crow, Texas A & M Halfback, center, and his parents, Mr. and Mrs. Harry Crow of Springhill, LA., hold Heismam Memorial Trophy award to Crow as the outstanding college football player of 1957 at dinner Dec. 12, 1957 in the Downtown Athletic Club. Crow was the No. 1 regular draft choice of the Chicago Cardinals. (AP Photo)

Texas A&M is officially a member of the Southeastern Conference.

No longer can Big 12 fans look forward to their every other year trip south to College Station. To feel the jet-engine noise the ‘12th Man’ produce at Kyle Field. The swaying back and forth of a crowd that never sits down.

Make no mistake about it. Much like longtime friends that end a friendship over an incident, a little heartache will set in as fans soon realize it.

The Texas-Texas A&M rivalry is legendary, but another Texas school in Lubbock has a similar back-and-forth with Aggies.

As a graduate of that school I can attest.

For me, Texas A&M was always the school I’d heard about growing up but never really experienced before.

My Dad was from Long Island, N.Y., so pro football Sundays were more important than college games on Saturdays — watching my beloved Cowboys against either the New York Giants or Washington Redskins.

When I was in the fifth grade my family moved overseas.

In 1990, with boarding schools virtually non-existent in Texas, I decided to try New England and attended Williston Northampton in Easthampton, Mass. I was watching college football, but not exactly seeing Texas A&M games on NESN (New England Sports Network).

I enrolled at Tech and immediately saw that the Red Raiders would host the Aggies, then one of the top ranked teams in the country. My cousin Wade, who was a year older than me, agreed to drive up and watch the game with me in the Tech student section.

I’ll never forget the noise that their little section of fans made. Despite Jones Stadium being filled to the brim, including people on stairwells, our cheering was dwarfed by their coordinated yelling and continuous towel waving near the corner of the end zone.

It didn’t help that A&M was annihilating Tech in that game either.

My hatred — I mean respect — began for A&M that day.

Many folks don’t realize the A&M-Tech rivalry was even fiercer in basketball.

The nation saw the ugly part of it in February 1991. Still enjoying my freshman year and making sure I attended ever Tech basketball game, I had a ringside seat, literally, for this one.

The Red Raiders and Aggies were playing a terrific basketball game and the Lubbock Coliseum was rocking.

Tech finally looked to have the game won when a foul was called against A&M’s Joe Wilbert and Mark Davis made two free throws to give Tech a one-point lead with two seconds left.

The Aggies tried a full-court pass that was knocked away Tech’s Lance Hughes, but amazingly, another foul was called, this time on Tech.

With no time on the clock and the Coliseum as loud as ever, A&M’s Chuck Henderson calmly stepped to the line and sank both free throws to give the Aggies an 89-88 win.

Tech fans were incensed and while A&M players celebrated and gestured toward the crowd, I could feel something building.

At the Coliseum back then, teams literally had to walk through the crowd to get to the locker room — and there’s no other way to describe it — absolute chaos ensued.

I remember watching A&M coach Tony Barone putting a fan in a headlock while Wilbert laid another fan out with one punch.

That was the first time I ever saw Tech on SportsCenter.

A year or two later was the Zach Thomas interception return for a touchdown that snapped a long losing streak for the Red Raiders against the Aggies.

There were these moments, and many others.

I hope, even with A&M moving away, the Red Raiders and Aggies find a way to meet again and continue this rivalry.

What is your favorite Texas A&M sports moment? Are you happy or sad that A&M has officially left the Big 12? Send your responses to twitter @etfinalscore or email to sports@tylerpaper.com.