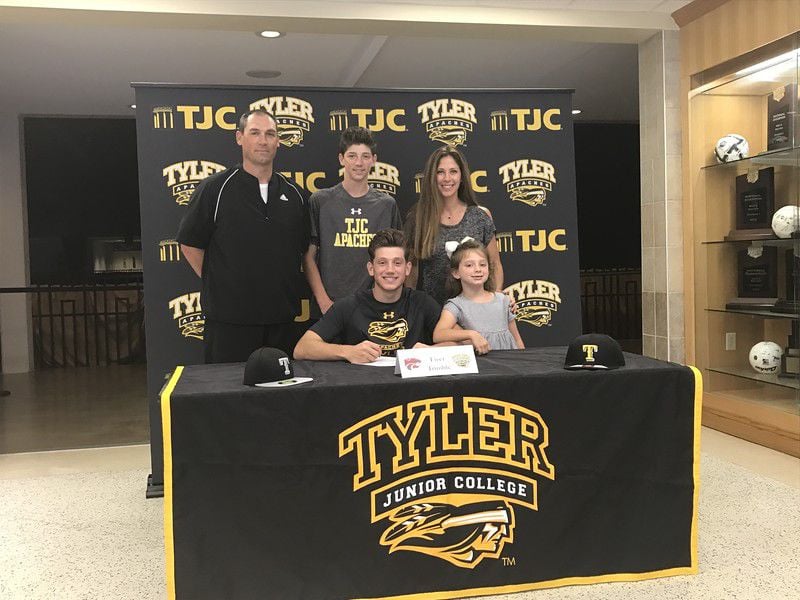 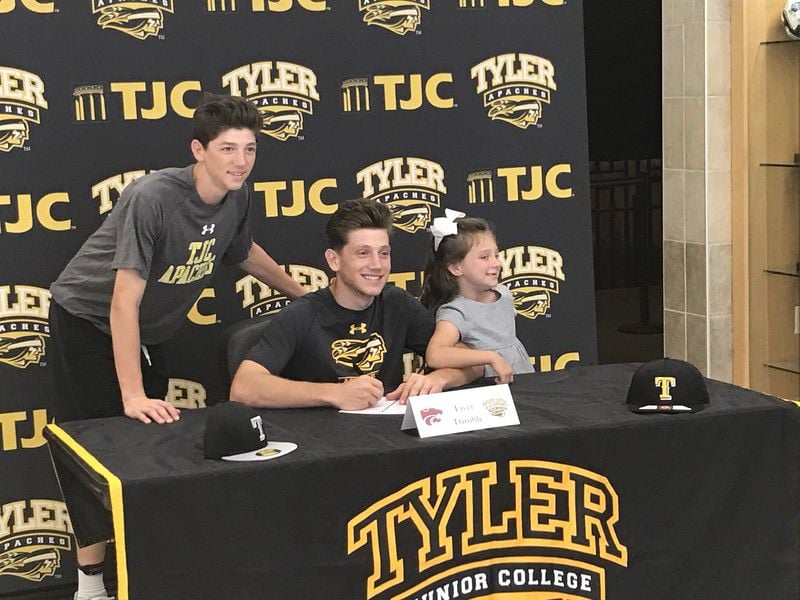 Fiver Trimble with his brother Reid and sister Emma. 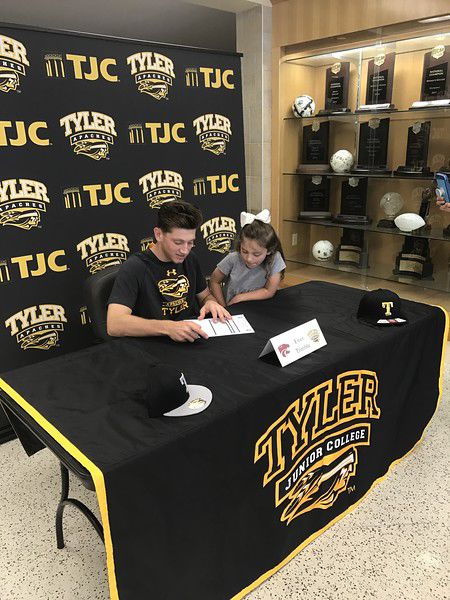 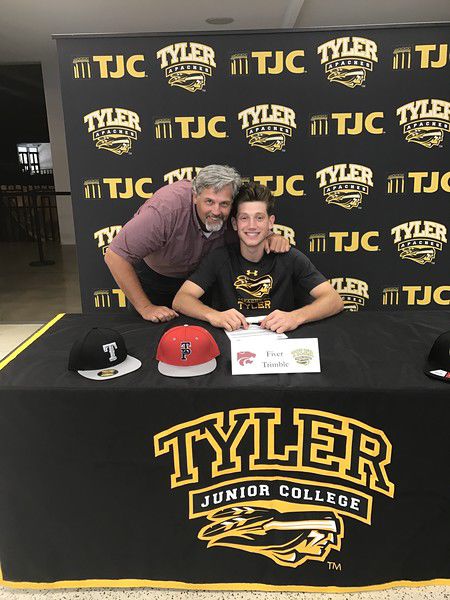 Whitehouse's Fiver Trimble is shown with Texas Prospects coach Jeff Casey during a signing ceremony at TJC on Monday. 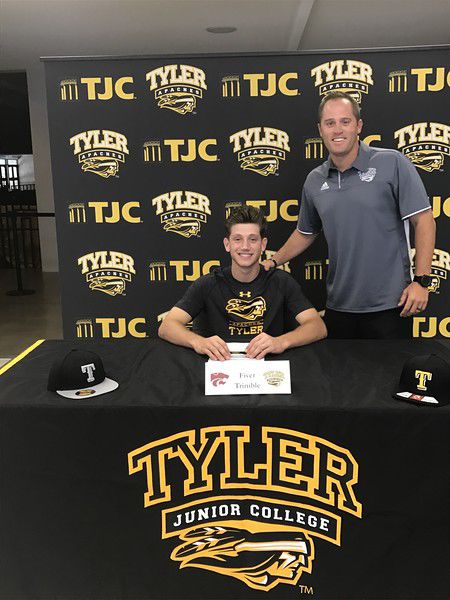 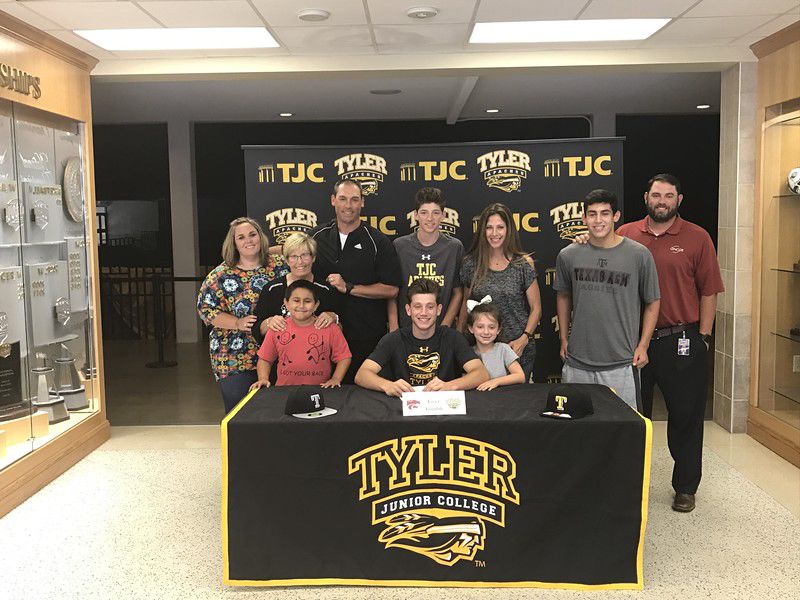 Fiver Trimble with his brother Reid and sister Emma.

Whitehouse's Fiver Trimble is shown with Texas Prospects coach Jeff Casey during a signing ceremony at TJC on Monday.

Since birth, the Whitehouse High School baseball standout has been called "Fiver."

It is a nickname Fiver Trimble embraces.

He is the first born in his family so he has the name Rob Trimble V.

A coincidence or perhaps a foreshadowing of five consecutive titles?

Both Trimble and Wren are hopeful for five in a row.

Trimble, along with his family, coaches and friends looking on, signed to play baseball for TJC during a ceremony on Monday in the foyer of Wagstaff Gymnasium on the TJC campus.

Trimble, who is slated to play catcher for the Apaches, said he was honored to play for an established program as TJC.

He has the pedigree after numerous years as a Little League All-Star and as well as a member of the Texas Prospects traveling team.

Also he was groomed in one of the top high school baseball programs around in the Whitehouse Wildcats.

Trimble helped his Wildcats reach the state championship game in 2016. He thanked his coaches, WHS head coach Derrick Jenkins and his traveling team coach Jeff Casey, and the support of his family.

Wren was elated to sign not only a standout player, but also an East Texas product.

"Obviously, we love to keep some of the best East Texas talent here close," Wren said. "Fiver Trimble had a really good career at Whitehouse High School. We are excited to have the opportunity to bring him on."

Wren, sporting a grin, said about Fiver and five straight, "That might have come into play in the recruiting process, I'm not quite sure. Maybe it's a little foreshadowing, but I'll take it."

Wren later tweeted: Excited to get former Wildcat @trimble_fiver on campus this fall! Welcome to the Apache Family! #feathersup

As have many Apaches, Trimble is hopeful this will lead to being able to play at the Division I level following two years with TJC.