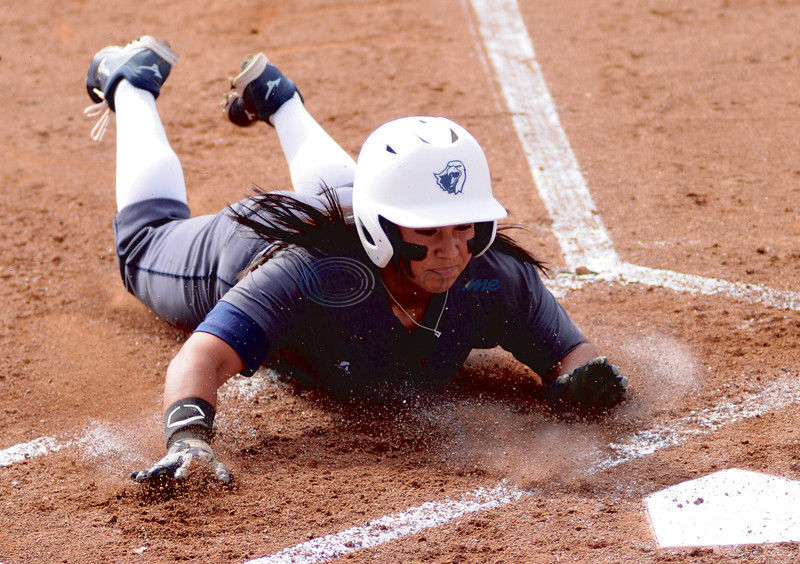 UT Tyler sophomore Jackie Mendez slides home to give the Patriots their second run of the game on Friday afternoon in an Americn Southwest Conference game against Howard Payne University in Tyler. (Victor Texcucano/Staff) 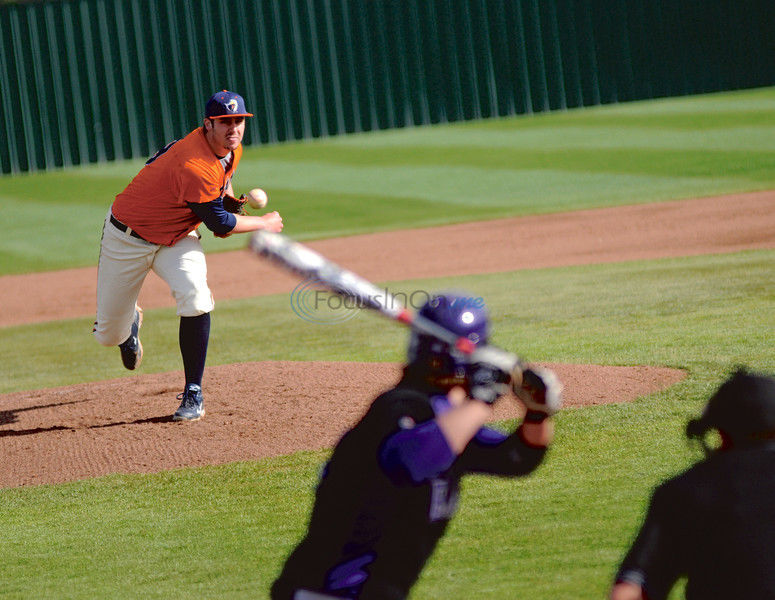 UT Tyler senior pitcher Jake Beam fires towards the plate during a 6-1 victory against American Southwest conference foe University of the Ozarks on Friday afternoon at Irwin Field. (Victor Texcucano/Staff) 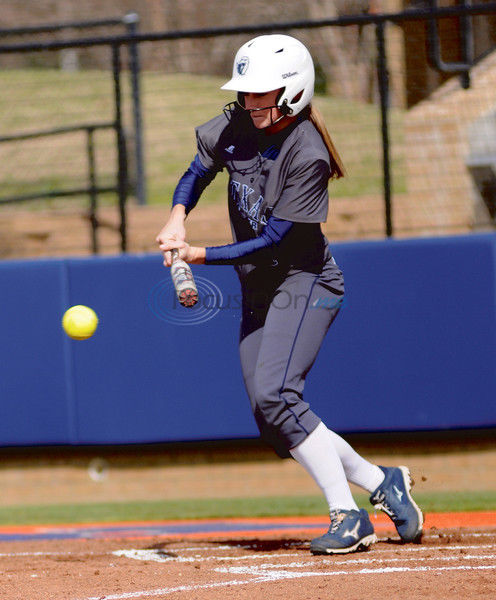 UT Tyler sophomore Jackie Mendez slides home to give the Patriots their second run of the game on Friday afternoon in an Americn Southwest Conference game against Howard Payne University in Tyler. (Victor Texcucano/Staff)

UT Tyler senior pitcher Jake Beam fires towards the plate during a 6-1 victory against American Southwest conference foe University of the Ozarks on Friday afternoon at Irwin Field. (Victor Texcucano/Staff)

In game one, UT Tyler (13-1) did most of its damage in the second inning, as six Patriots recorded RBIs.

The Patriots added three more in the third, as Robenalt and Raven Rodriguez each stole home, while Vanessa Carrizales drove in another run on a single.

UT Tyler scored three more in the fourth on a Rodriguez single, and a two-run Whitney Burt single to center field.

Pitcher Kelsie Batten was stingy in the circle, giving up one run on three hits in four innings of work.

In game two, Howard Payne (2-13, 1-10) took its first lead of the series, 2-1 in the secondt inning. The Patriots would not trail for long, answering with three runs in the bottom of the inning.

Burt drove in two with a triple, while Jackie Mendez had another RBI on a fielder's choice.

UT Tyler ended the second game with three runs over the last two innings, highlighted by a Mel Hinjosa single and a Kierin Stevens double.

The story of game two was Kissinger, who tallied 12 strikeouts in the win, besting the previous record of 11.

Kissinger gave up two runs, one of which was earned, while not allowing a walk in six innings.

Robenalt, a four-year letter winner for the Patriots recorded two stolen bases on the day, bringing her career total to 46 which is a new Patriots' record.

The Patriots and Lady Jackets will close the series at 11:30 a.m. today.

The UT Tyler baseball teams opened its three-game series with Ozarks with a pair of shutouts, winning 6-0 and 3-0 in American Southwest Conference action on Friday at Irwin Field.

Jake Beam and Michael Blevins each recorded the complete-game shutouts for the Patriots.

In the fourth, Kevan House, Billy Lirely and Dillon Berry each recorded an RBI, making the score 4-0 Patriots.

Coover drove in two more in the bottom of the sixth, bringing the score to 6-0.

Beam was stellar on the mound, giving up just one hit, while walking just one Eagle batter.

In game two, Blevins was dominant on the mound, giving up just four hits, striking out nine and allowing no walks.

UT Tyler broke the scoreless tie in the fourth, as Steven Paramore and Billy Lirely each drove in a run, making the score 2-0.

House added another RBI in the bottom of the eighth on a sacrifice fly, giving Blevins all the run support he would need. Coover continued his hot start to the season, going 6 for 8 with three RBIs for the day, while Ely Whitmire contributed two hits in game two.

In game one, Lane, Lirely and McCoy each added two hits, while the team finished with 13 hits.

Due to field conditions, the Tyler Junior College-Ranger College baseball game has been postponed until Sunday, TJC athletic director Dr. Tim Drain said. The game was originally scheduled for today.

The teams will begin at 3 p.m. by completing Wednesday's game that was postponed in Ranger. After the completion of that game, the teams will play a single nine-inning game.

The scheduled second game will be played at a later date.