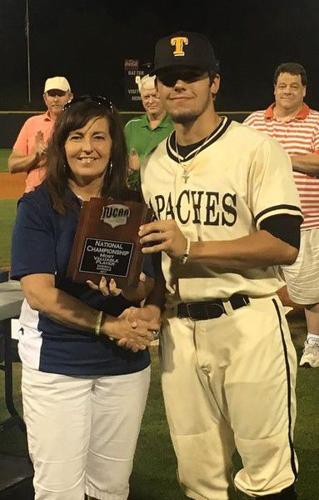 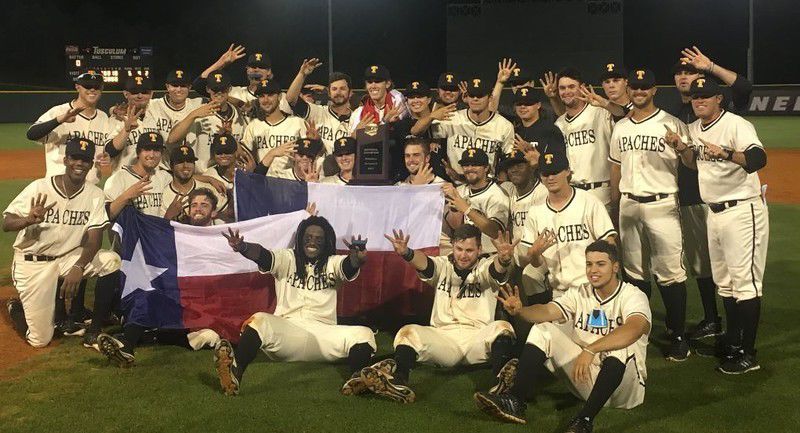 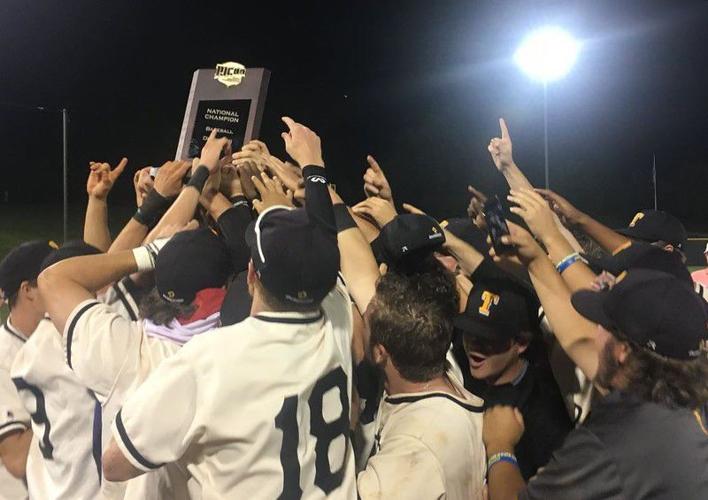 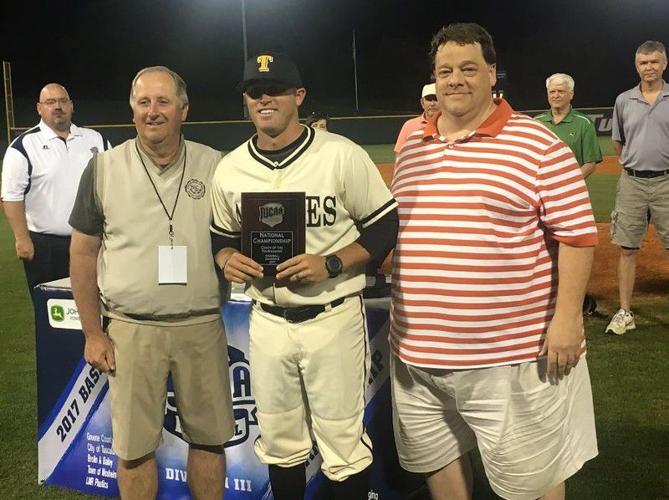 TJC coach Doug Wren receives the Coach of the Year award on Wednesday after leading the Apaches to their fourth straight national baseball championship. Chuck Smith/TJC

TJC coach Doug Wren receives the Coach of the Year award on Wednesday after leading the Apaches to their fourth straight national baseball championship. Chuck Smith/TJC

The Tyler Junior College Apaches are champions once again.

The Apaches, seeded No. 3 entering the tournament, defeated No. 2 Niagara County (New York), 5-1, at Pioneer Park in Greeneville, Tennessee to claim the national championship with a 4-0 record in the World Series.

The Apaches' Doug Wren was named Coach of the Year, while Taylor Broadway, a freshman designated hitter and pitcher from Cypress, was named Most Valuable Player.

With their second win over the Thunder Wolves in Tennessee, the Apaches conclude their season on an 11-game winning streak and improve to 41-20.

James Kuykendall, the winner in Game 1 of the series on Saturday against Prince George's (Maryland), hurled the final 2 1/3 innings for his first save of the season.

Kuykendall, a sophomore from Spring, was scheduled to start on Thursday if necessary, but Wren saw the chance to clinch Wednesday.

Thus, Kuykendall struck out three and did not allow a hit in shutting down the Thunder Wolves (47-10).

The Apaches gave their pitchers a 3-0 lead in the first inning.

After one out, Wells was hit by a pitch. Broadway followed with a home run for a quick 2-0 lead.

McDade followed with a single, stole second and came home on a throwing error by third baseman Matt Cross.

Niagara County pulled within 3-1 in the third when Joe Milkowski reached on an infield single and eventually scored on a passed ball.

TJC got the run back in the top of the fourth as Mikusek walked, stole second and raced home on Wells' single to center.

The Apaches added another run in the eighth when Colton Whitehouse scored on Blaze Beason's sacrifice fly.

Along with his homer, Broadway, who picked up saves in Games 2 and 3 in the tourney, added a double.