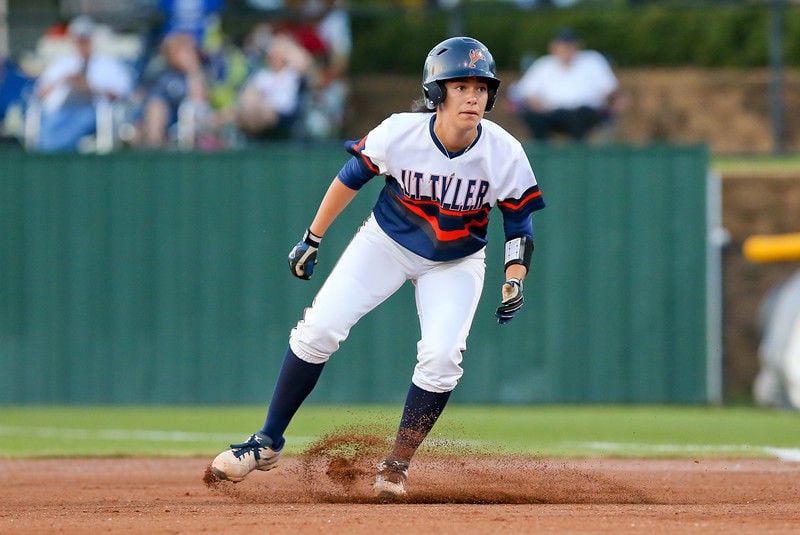 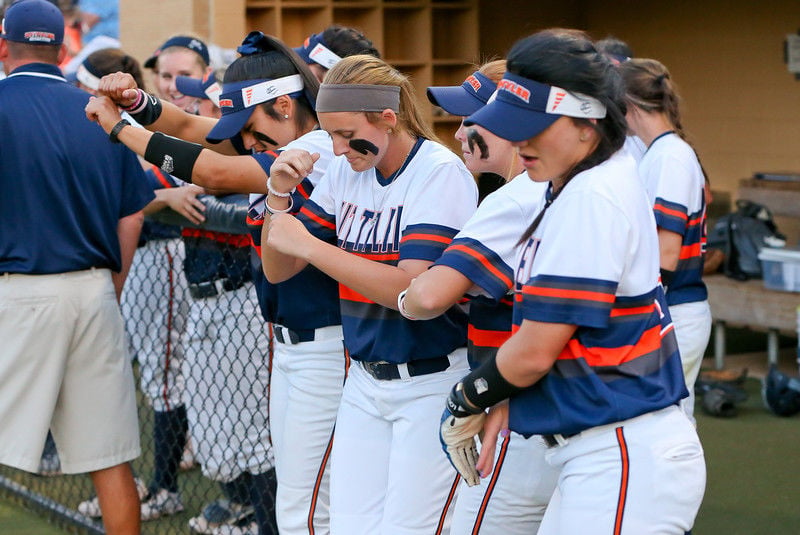 UT Tyler has it's own softball dancers, and they were performing in the dug-out during the ASC Conference Championships, Thursday night, against University of Mary Hardin-Baylor, at UT Tyler's SuddenLink Field. (Lang White / Correspondent) 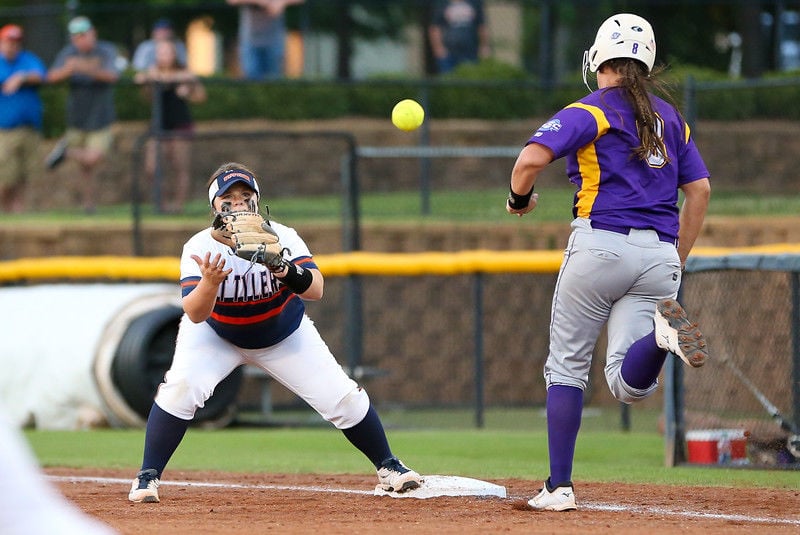 UT Tyler's Jade Green (16) watches the ball into her glove for the out, during the ASC Conference Championships, Thursday night, against University of Mary Hardin-Baylor, at UT Tyler's SuddenLink Field. (Lang White / Correspondent) 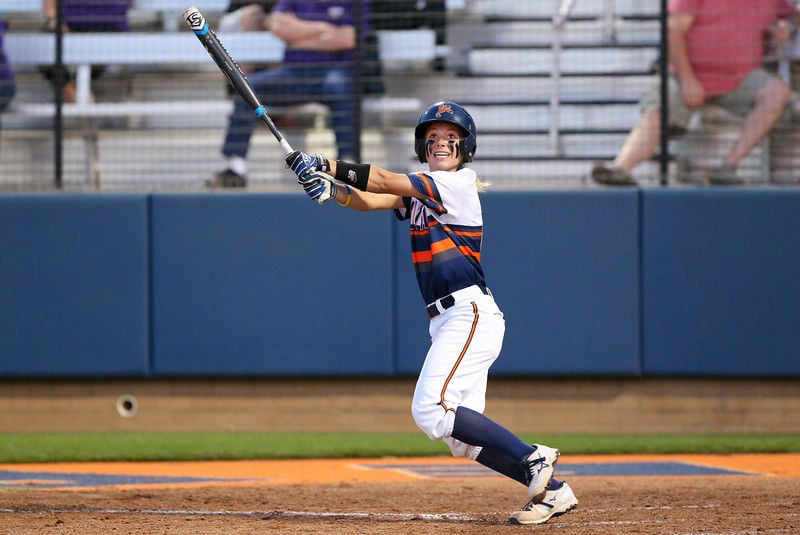 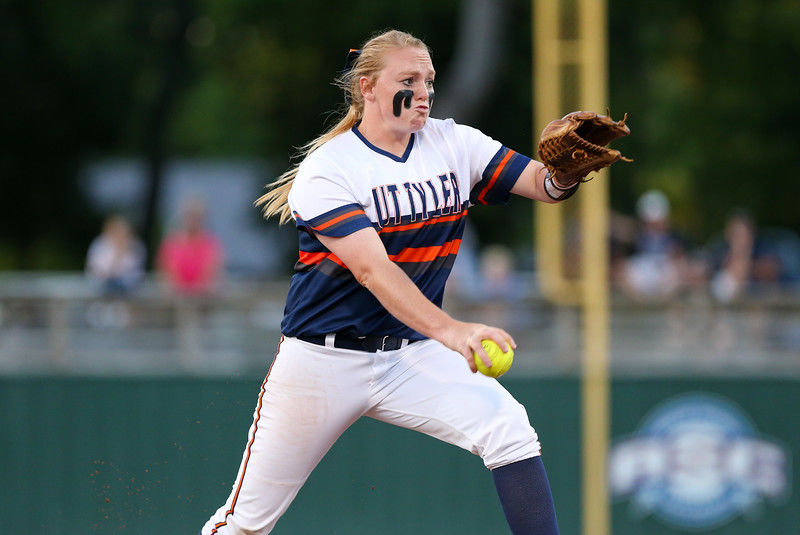 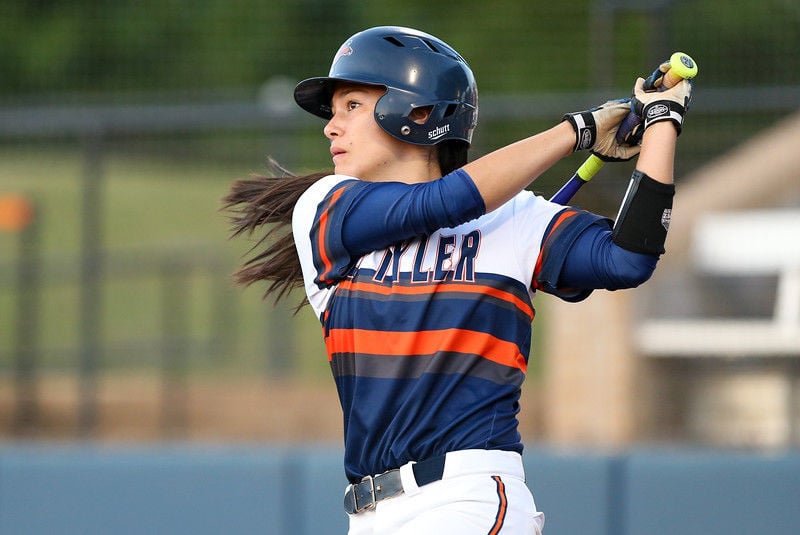 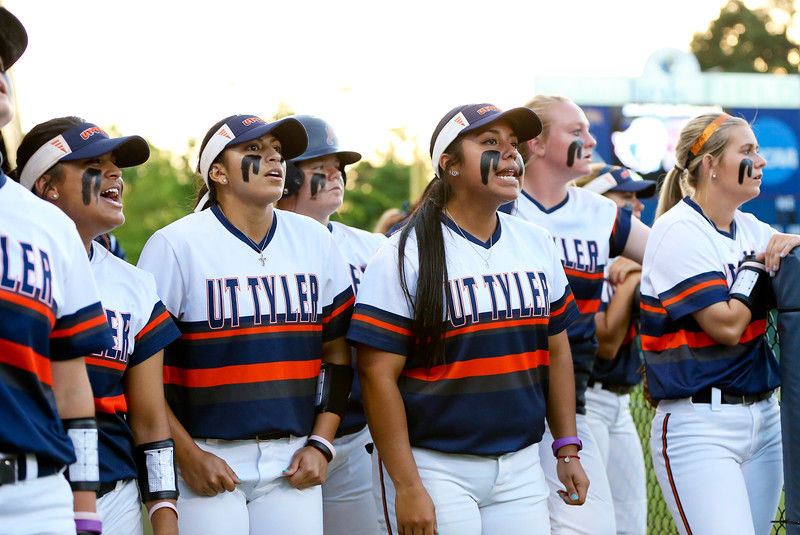 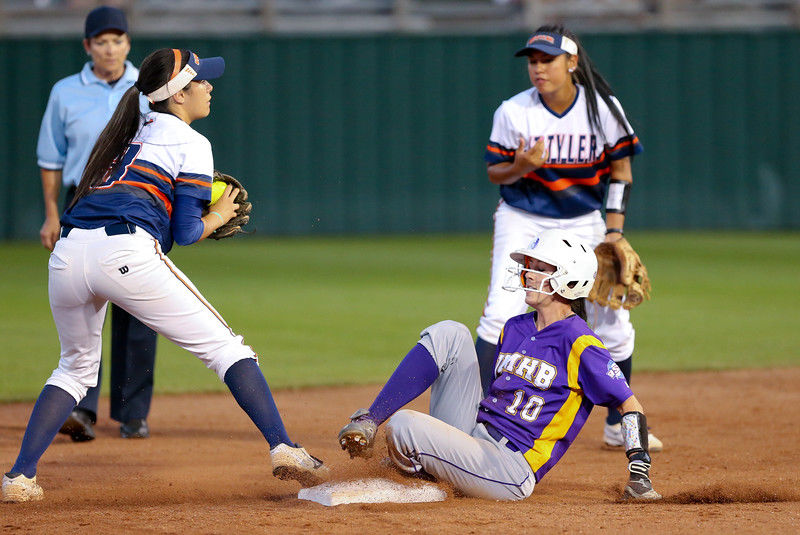 UT Tyler has it's own softball dancers, and they were performing in the dug-out during the ASC Conference Championships, Thursday night, against University of Mary Hardin-Baylor, at UT Tyler's SuddenLink Field. (Lang White / Correspondent)

UT Tyler's Jade Green (16) watches the ball into her glove for the out, during the ASC Conference Championships, Thursday night, against University of Mary Hardin-Baylor, at UT Tyler's SuddenLink Field. (Lang White / Correspondent)

The UT Tyler softball team made quick work of Mary Hardin-Baylor in a second round game of the American Southwest Conference Softball Tournament on Thursday at Suddenlink Field.

The No. 1 Patriots (38-2) won their 33rd straight game with a 4-1 victory against the Crusaders. As the tournament’s top seed, UT Tyler had a bye in the first round.

The Patriots got all their runs in one inning, but with pitcher Kelsie Batten and the Patriots’ defense allowing only one run to the Crusaders, that was all they needed.

“Once we get to the first game of the conference tournament, you get to the postseason, they do a good job, they have a good team, they were throwing the ball well,” UT Tyler head coach Mike Reed said. “We had to scratch and claw.”

The game was scoreless until the bottom of the fourth inning. With two outs, Jade Green doubled and then scored on a single by Kristin Lopez to give the Patriots a 1-0 lead.

After Lopez advanced to second on the throw home to try to get Green at the plate, Cheyenne Thompson singled her home to make it 2-0. Bianca Van Vlerah then followed Thompson’s single with a double to drive her in and make it 3-0.

The Patriots weren’t done. Mel Hinojosa followed Van Vlerah’s double with one of her own, driving in Vlerah to give the Patriots a 4-0 lead.

“We had a big inning, we got some momentum going that inning, we had a couple of extra base hits,” Reed said. “We had a big pinch hit off the bench by (Hinojosa). We take them any way we can get them from that standpoint.”

Mary Hardin-Baylor (20-20) got a run back in the top of the sixth inning to cut the UT Tyler lead to 4-1. That would be as close as the Crusaders would get.

Batten went the distance for the Patriots, allowing just one run on six hits. The three-time All-American struck out seven and walked one while improving to 27-2 this season.

Her defense was flawless behind her.

“Kelsie had great stuff and we made a couple of defensive plays here and there that helped us out,” Reed said. “Kelsie had a good game going and worked out a couple of potential jams to keep them at one run.”

Raven Rodriguez and Thompson each had two hits for the Patriots. Green, Van Vlerah and Hinojosa each had a double.

Now the Patriots turn their attention to a familiar foe.

The Patriots and Tigers have met only twice so far this season with the Patriots winning the first two games of a scheduled three-game series before the final game was canceled due to weather.

The teams played nine times last season with the Patriots winning six of them, including the conference and regional tournament championship games.

“It is pretty routine for us now,” Reed said. “We would be surprised if it was anybody else. Having played them during the season, we are familiar with their players and we know it will be a good game. It is not a surprise to us to see them.”