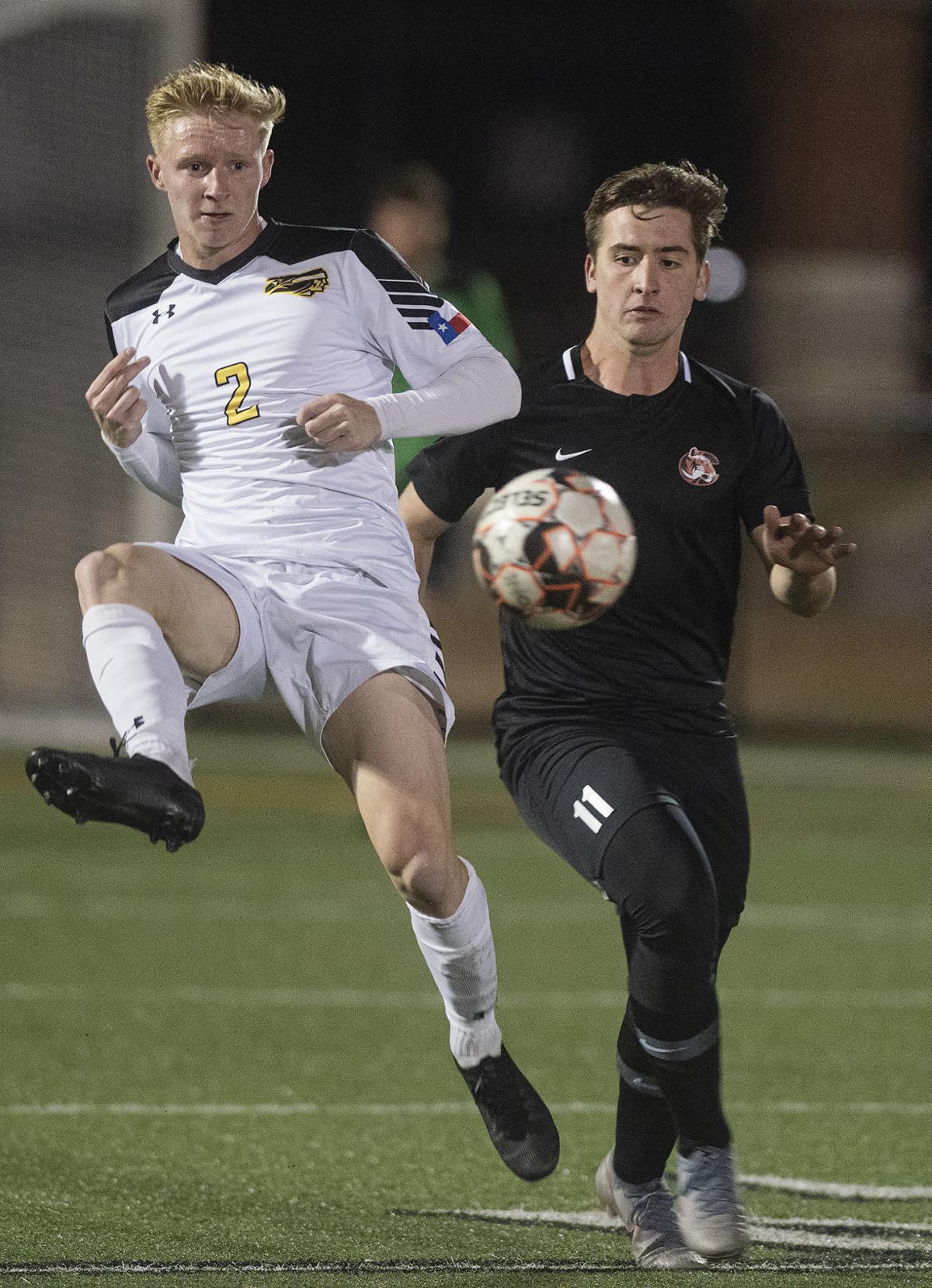 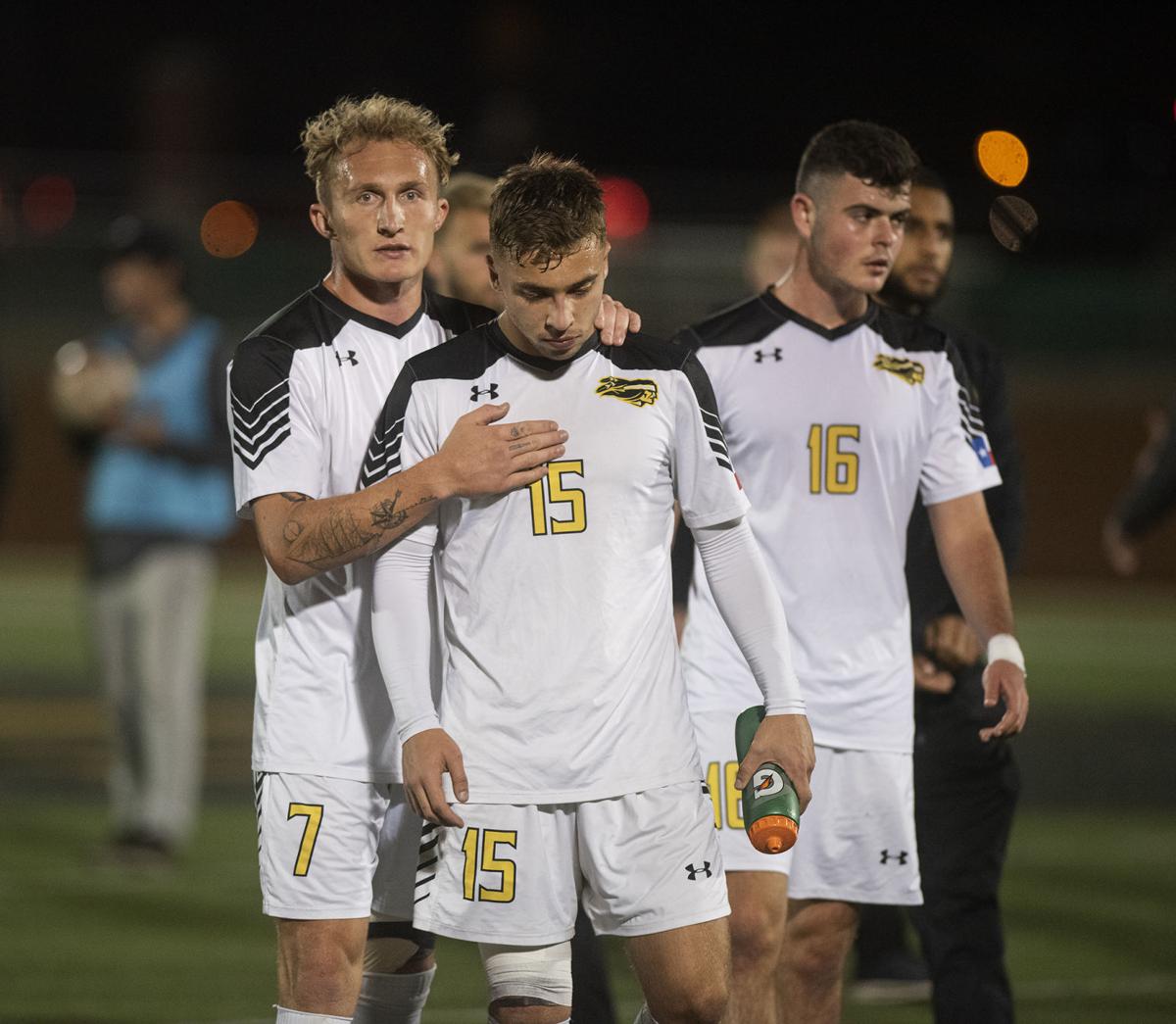 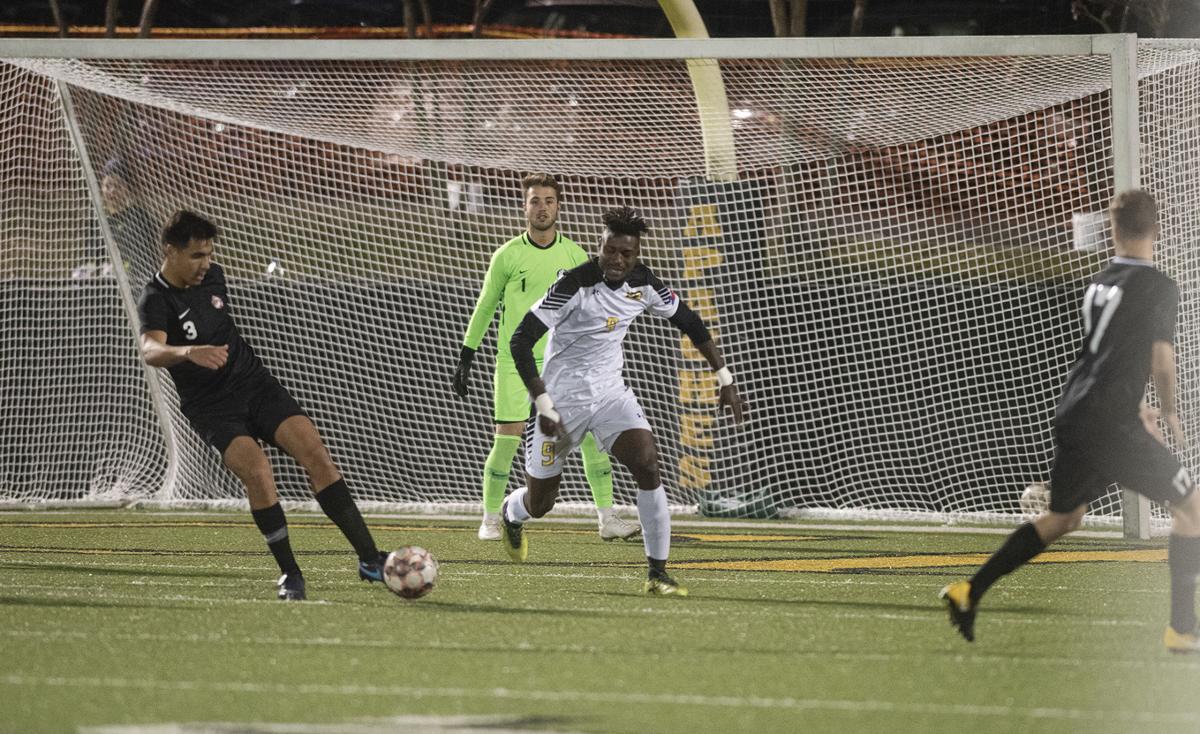 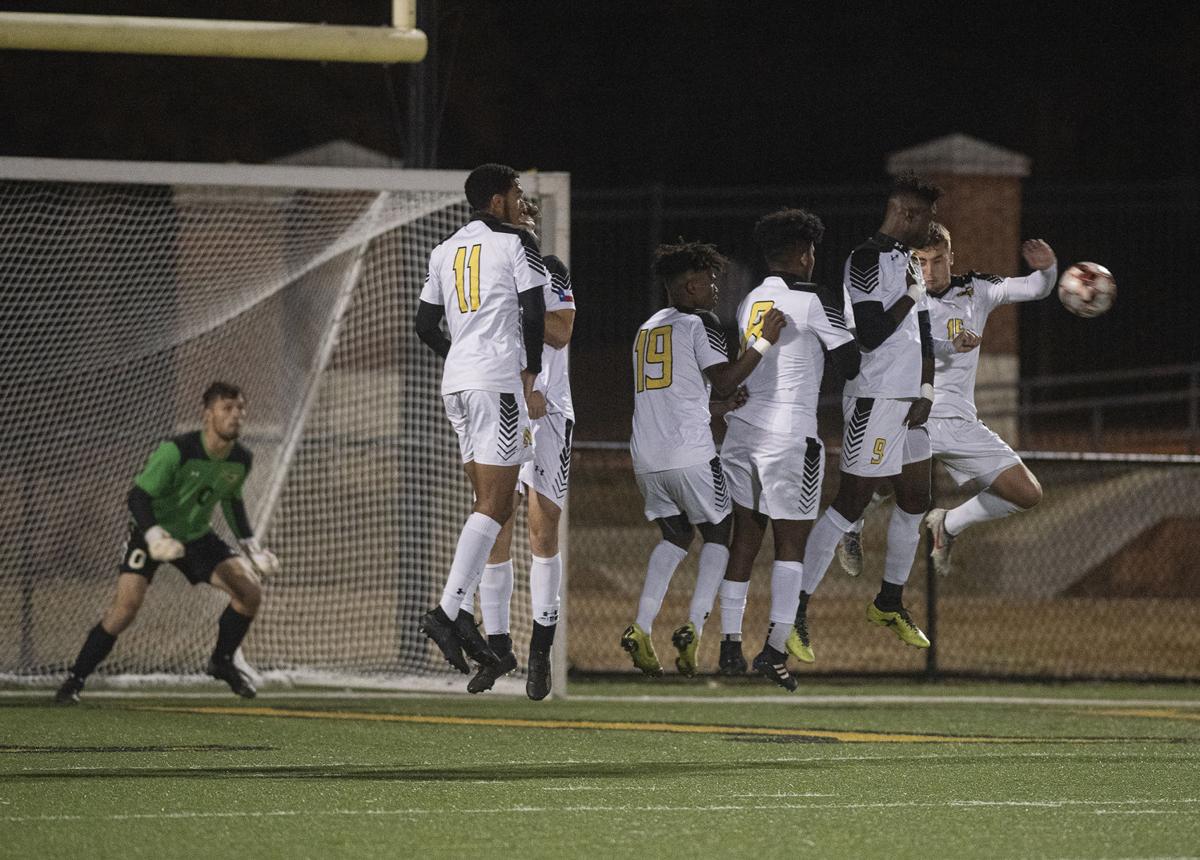 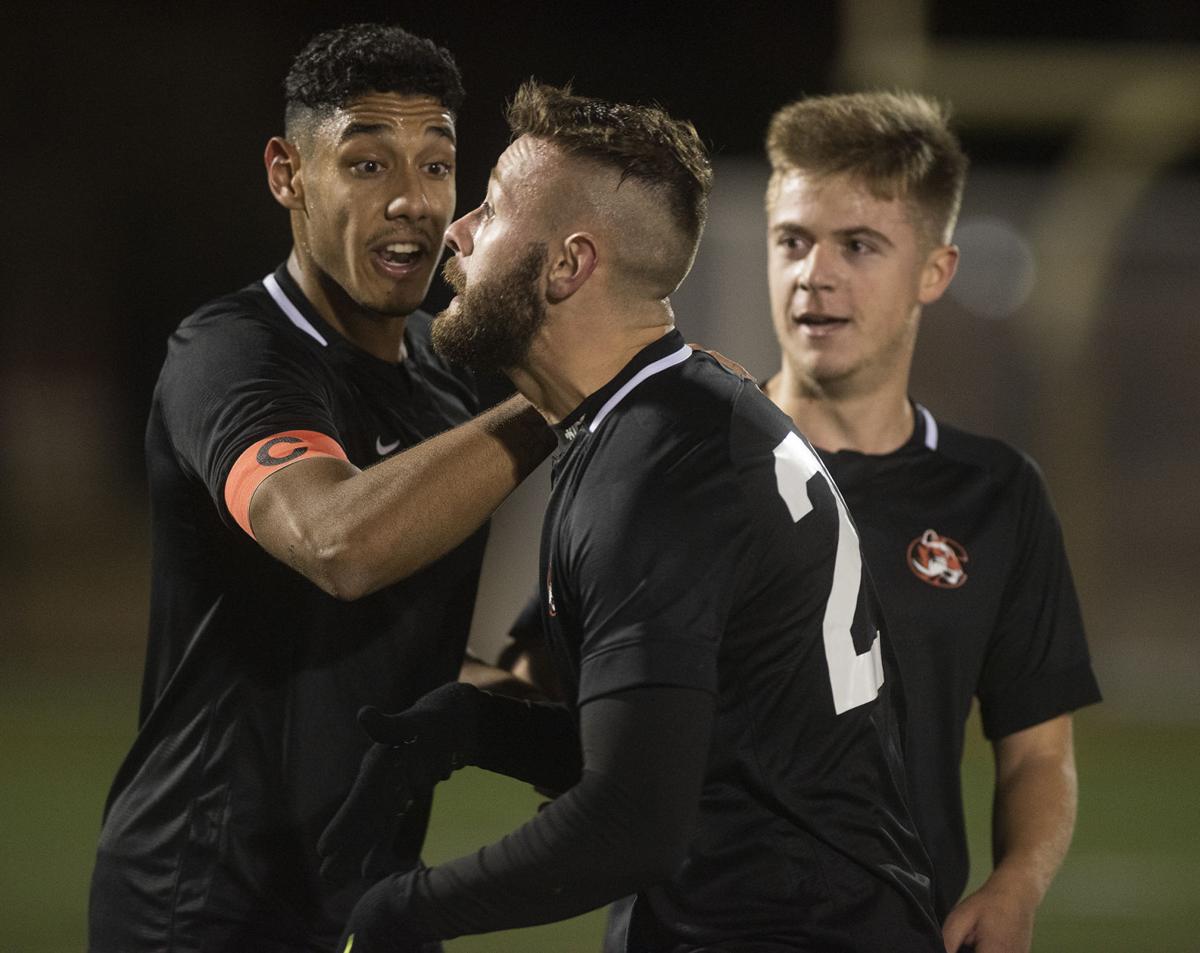 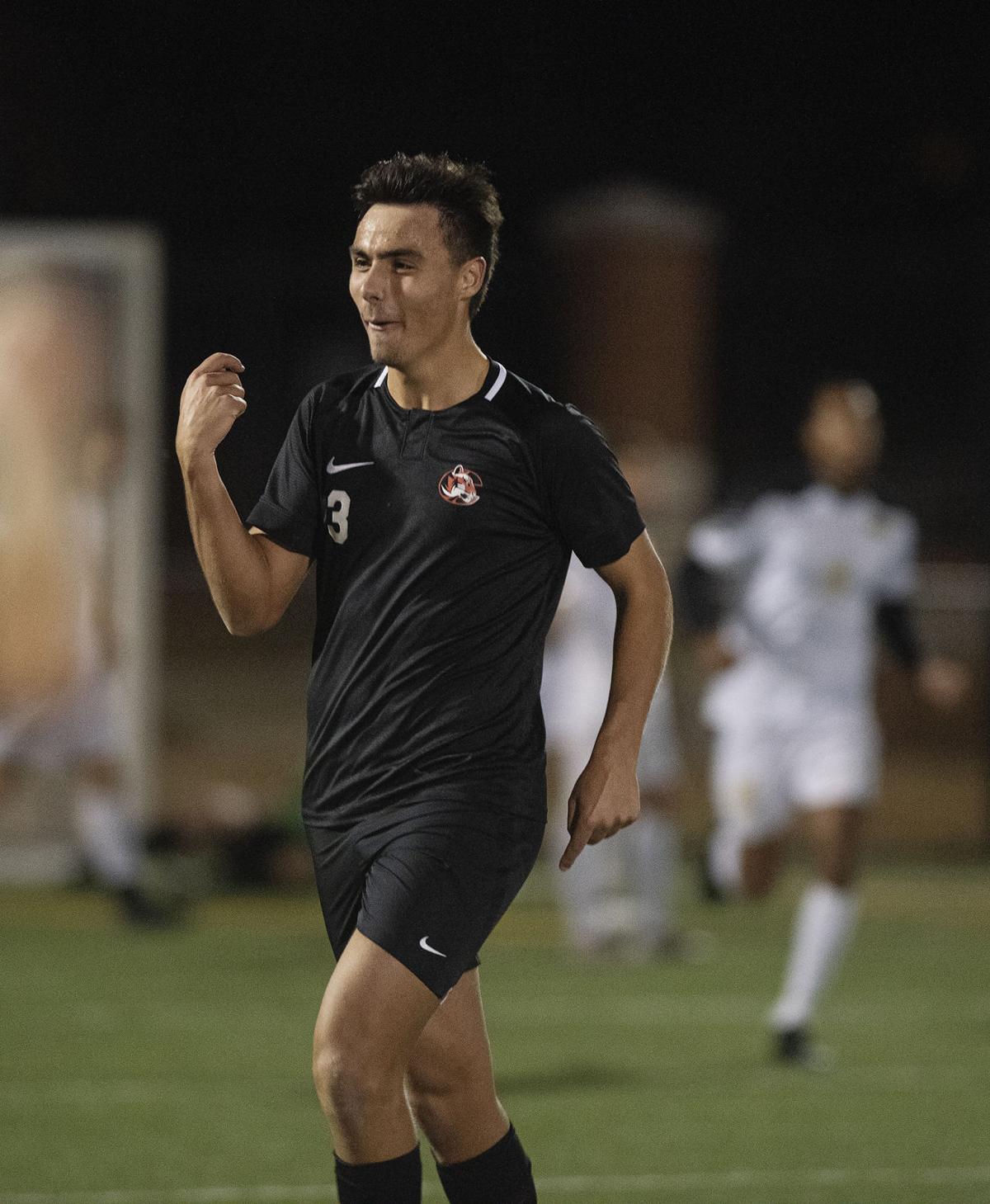 Cowley College's Alvaro Gabancho reacts as a goal is scored against TJC in the NJCAA Divison I Men's Championship at Tyler Junior College on Monday, Nov. 18, 2019. (Sarah A. Miller/Tyler Morning Telegraph) 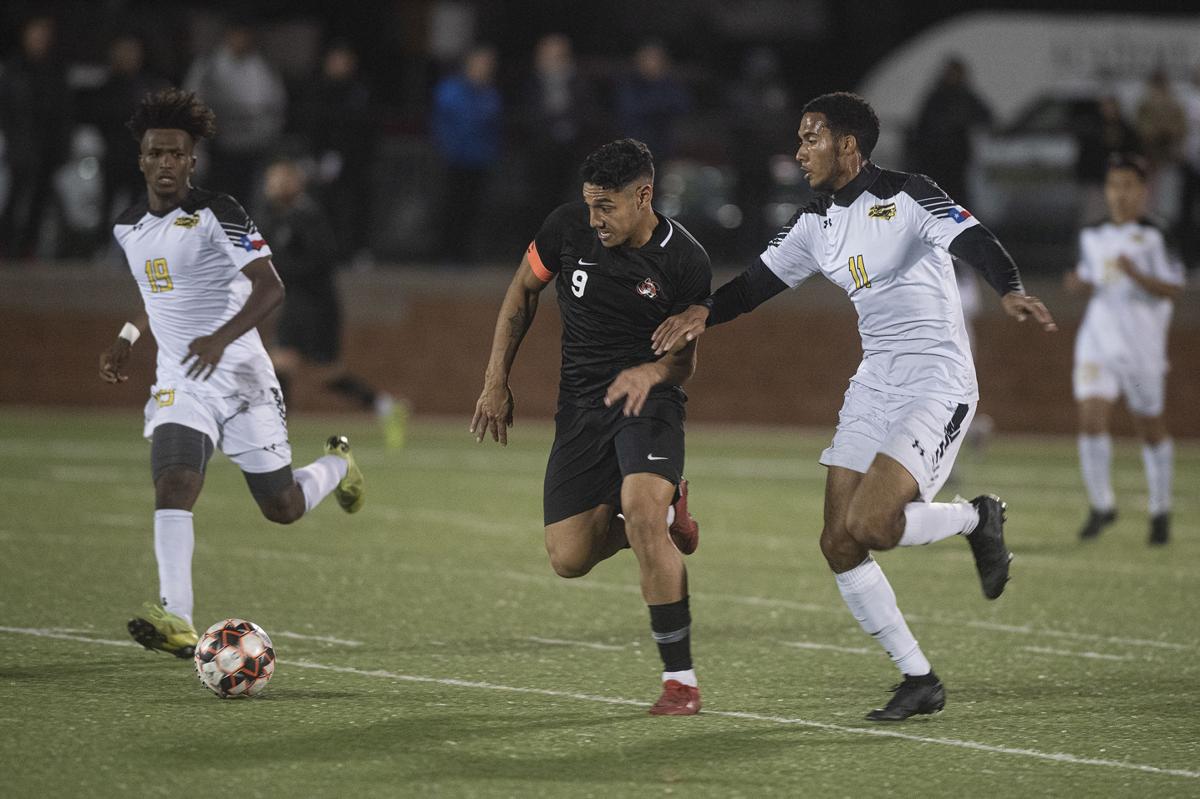 Divison I Men’s Championship at Tyler Junior College on Monday. 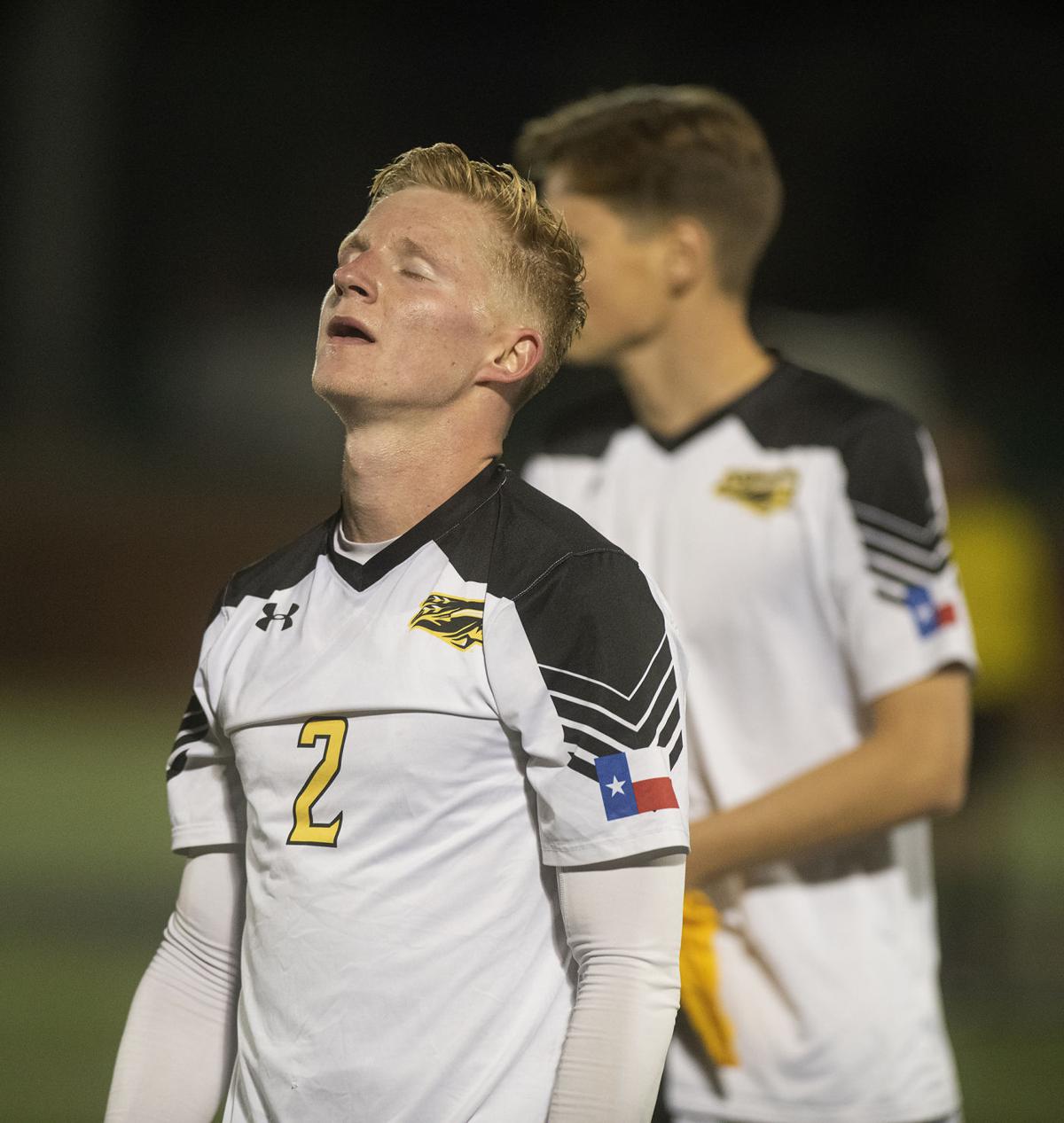 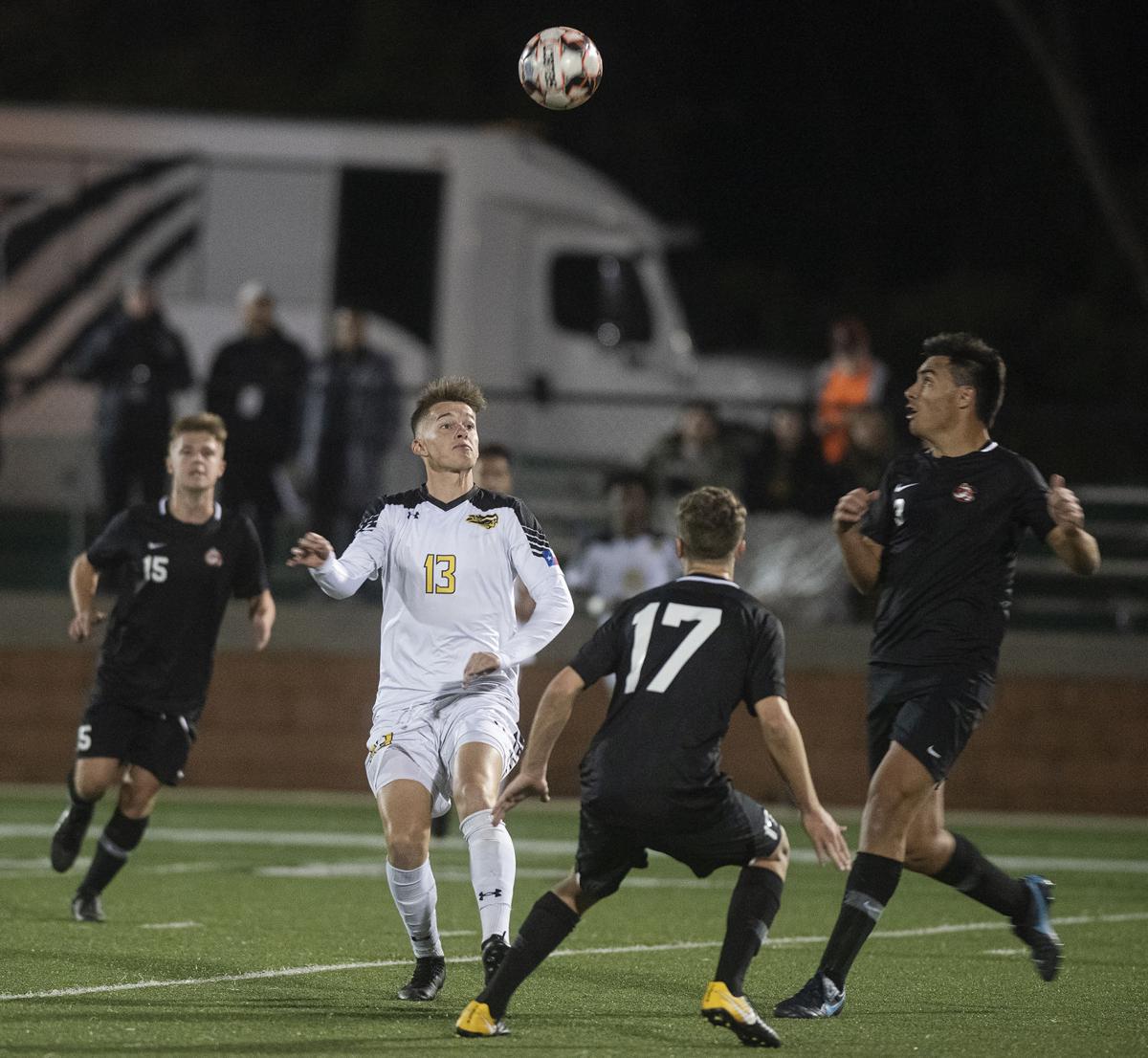 Cowley College's Alvaro Gabancho reacts as a goal is scored against TJC in the NJCAA Divison I Men's Championship at Tyler Junior College on Monday, Nov. 18, 2019. (Sarah A. Miller/Tyler Morning Telegraph)

Divison I Men’s Championship at Tyler Junior College on Monday.

Cowley entered the tournament as the No. 10 seed, but thanks to this victory, now tops Pool C with three points while No. 3 seed Tyler is in last with zero points and a minus two goal difference. Also in the three-team pool is No. 6 seed Laramie County (Wyoming), which will face Cowley on Tuesday at 5:30 p.m.

The Apaches need Laramie to defeat Cowley to keep their semifinal hopes alive. TJC then faces Laramie on Wednesday at 5:30 p.m. If that happens, Tyler has a chance if it also defeats Laramie and produces a better overall goal difference than Cowley.

TJC’s loss wasn’t the biggest upset of the day. That came in Pool B earlier in the day, courtesy of No. 11 seed Illinois Central which shocked No. 2 seed Louisburg (North Carolina) 2-1.

No. 4 seed East Florida State staved off a stiff test from No. 9 Pima before emerging with a 1-0 double-overtime victory in Pool D.

The Apaches (18-5) had chances to open the scoring in the first half against Cowley.

A long ball played over the defense found its way to Tyler’s Jake Morris, who struck his one-timed shot well, but it flew just high and wide of the top right corner.

The Apaches then had back-to-back uncontested headers off free kicks, both going to defender Theofanis Lazarides. He got his head to both of them but the first one went harmlessly to the keeper and the second flew wide of the post.

The teams were knotted at zeroes at halftime. Early in the second half, TJC’s Tahjae Green thought he’d broken the deadlock, when his rifled one-timer off a rebound seemed destined for the bottom right corner of the net, but instead clanged off the post.

Tyler was left to rue those missed opportunities.

In the 34th minute, Cowley earned a free kick. Leonardo Palmieri swung it in and found teammate Alvaro Gabancho, whose glancing header found its mark for a 1-0 lead.

Tyler increased its pressure and intensity, trying to find the equalizer.

Thaabit Bartman nearly did, dribbling past a defender to carve out just enough space for himself to let loose with a left-footed blast, but it went wide of the net.

With 14 minutes remaining, Lukas Mauro was brought down just outside the box. Mauro took the free kick himself and produced a highlight-reel bender that went over the Tyler wall and nestled into the top right corner for a 2-0 lead.

The Apaches tried to answer, but were left frustrated and now need some help from Laramie if TJC is to keep its national title hopes alive.

The tournament continues on Tuesday with Iowa Western and Muskegon kicking off at 10 a.m.