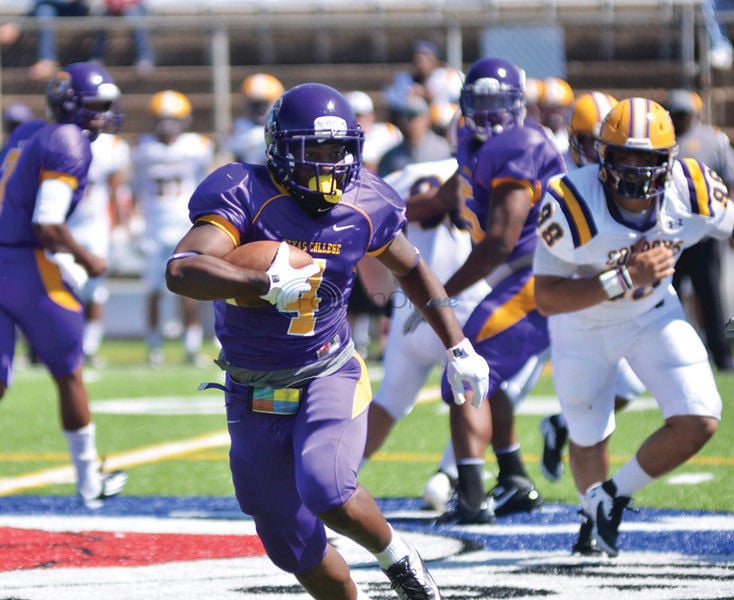 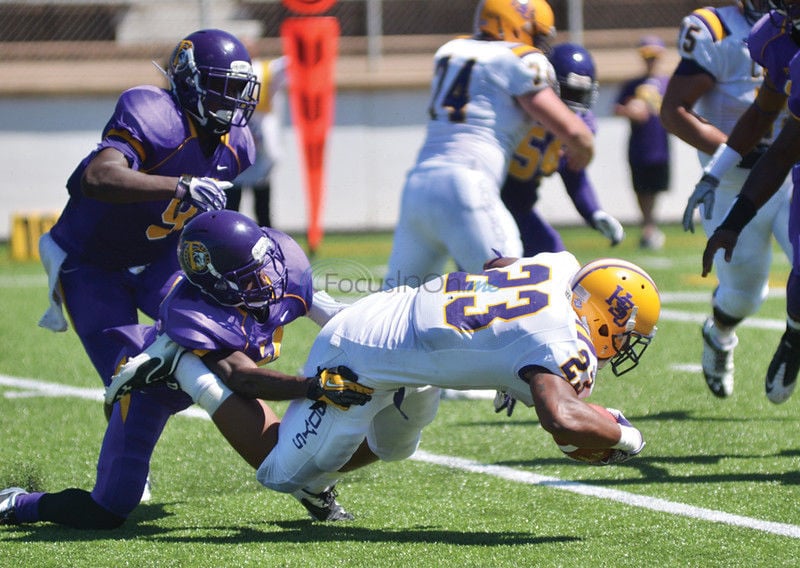 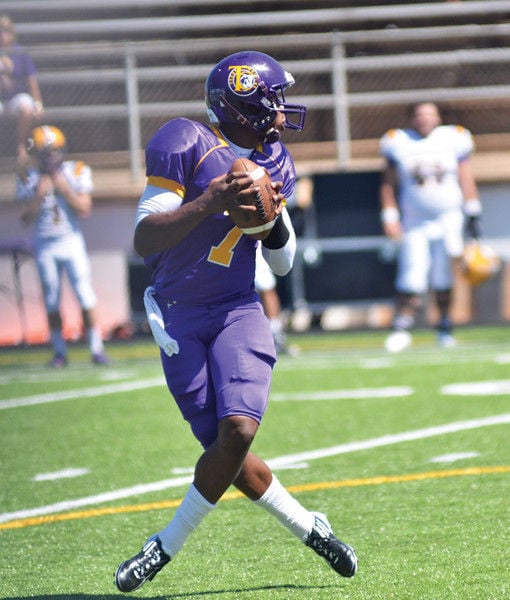 Texas College quaterback Vincent McNeil drops back in the pocket while looking for a receiver on Saturday against Hardin-Simmons at Rose Stadium. (Victor Texcucano)

Texas College quaterback Vincent McNeil drops back in the pocket while looking for a receiver on Saturday against Hardin-Simmons at Rose Stadium. (Victor Texcucano)

The Texas College Steers jumped out to a lead and looked ready to get their first win with an early lead within the first two minutes of the Steers’ home opener.

As it turns out, freshman linebacker Charles Jones’ 22-yard fumble return was the only first half highlight as Hardin-Simmons rolled to take a 66-34 win over Texas College at Earl Campbell Field Trinity at Mother Frances Rose Stadium on Saturday.

“We knew starting out with these three teams, they were gonna be against good teams and we are building to be ready for conference play,” Steers coach George Cumby said. “We couldn’t get anything going consistently in the first half and we dug ourselves a hole, but I was proud of the way the guys didn’t fold up and came back and made some good plays.

“We still have some work to do but we are starting to understand what we are doing with our different packages on both sides of the ball, so we are going to take the good and work on the rest and get better.”

On the Cowboys’ second offensive play, the Jones, from Texarkana, picked up the swiped ball and scored the first defensive TD of the season for Texas College.

“It was great to see Charles (Jones) get rewarded with his hard work and dedication with our first touchdown,” Cumby said. “We had a blitz called and he did his job the best you can do it and got our first defensive score of the season.”

Steers soccer player Erick Tijera was true on the PAT kick for a quick 7-0 TC lead. Tijera was good on 4 of 5 PAT kicks in the game. The Cowboys managed one block in the third quarter.

The Cowboys woke up and came back to rattle off 31 unanswered points before halftime for a 31-7 advantage.

Hardin-Simmons workhorse Tevin Mitchell made two 4-yard touchdowns in the third quarter and ran his total up to 197 yards on 24 carries.

The first 4-yard jaunt by the running back from Quanah made it a 38-6 affair and set a fire under the trailing Steers and quarterback Reggie McNeil. The Dallas Roosevelt grad found senior Aaron Washington for his first TD pass of the day from 18-yards out.

The Cowboys managed another Mitchell 4-yard plunge and a 40-yard scoring pass from Josh Christian to Jesse Ramos, who had three scoring catches, a kickoff returned 99 yards for a score and five catches for 42 yards.

McNeil scored the last TD of the third quarter, following up a 19-yard run by Edward Burns to the Cowboys 1. McNeil dove in from there and came back after a fumble recovery by Kelvin Whitfill for an 11-yard scoring run in the final stanza.

TC freshman Philip Callier made a 17-yard grab in the back corner of the end zone before the Ramos kick return finished up the 66-24 final score with 1:14 in the game remaining.

Burns led the Steers on the ground with 89 yards in 11 carries. McNeil added 72 yards in 13 tries on the ground and was 19 of 31 passing for another 196 yards. He ran for two scores and threw for two more.

The Steers (0-3) will take to the road again next Saturday when they play against Wayland Baptist College.