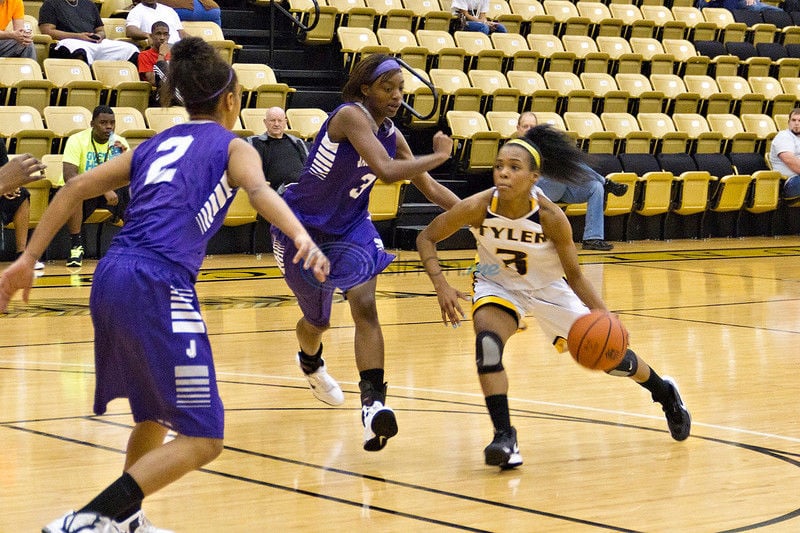 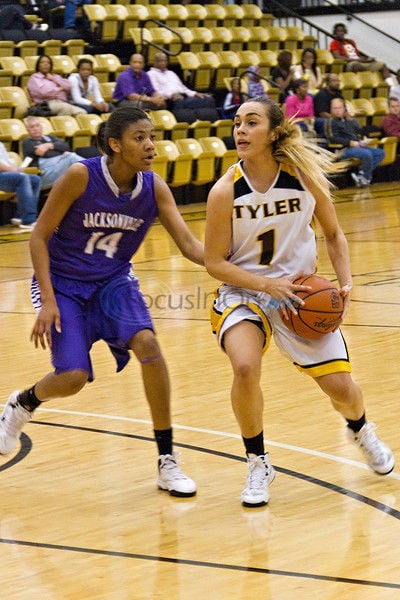 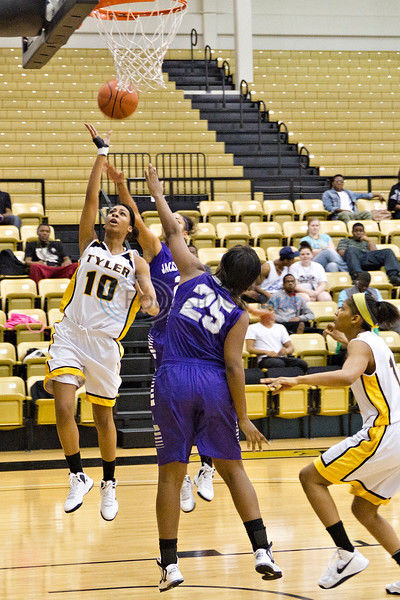 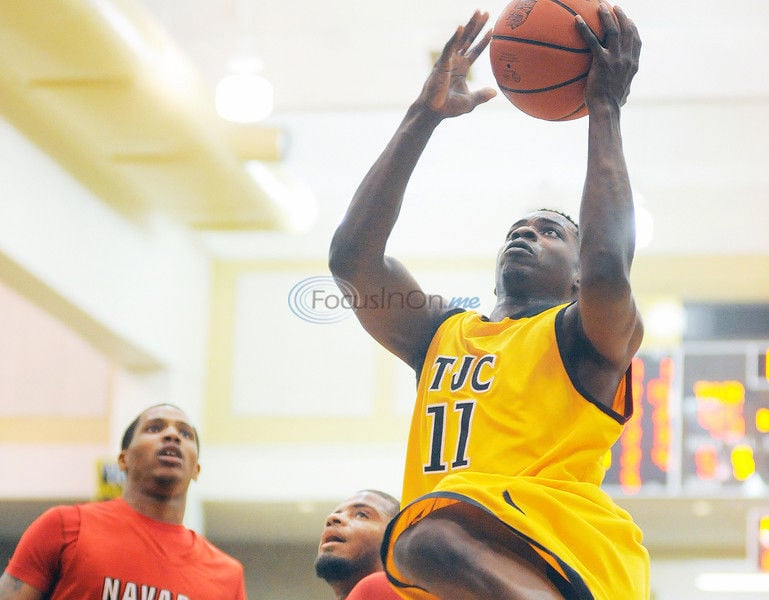 Nine is fine for the Apaches, while eight was enough for the Bulldogs.

ege kept its record spotless in 2013 with a 75-73 win over Navarro College on Saturday in an intense Region XIV basketball game at Wagstaff Gymnasium.

In the first game, Jacksonville College broke open a close contest late for a 66-56 over the Apache Ladies.

Both Tyler teams return to play on Wednesday, taking on Kilgore College at Masters Gym in Kilgore. The women play at 5:30 p.m., followed by the men at 7:30 p.m.

After sitting for about 11 minutes of the first half due to a foul trouble, Anthony Odunsi was on fire after intermission, scoring 25 of his 31 points in willing the Apaches to the victory.

Odunsi, who hit on 17 of 19 free throw attempts, directed TJC to an 11-point second-half lead and then helped his team nail down the victory by swishing 5 of 6 charity tosses in the final crucial minutes.

"I trust my teammates and my teammates have trusted me. When I came out of the game I was cheering them on because that was all I could do," said Odunsi, a 6-4 point guard from The Woodlands. "I came back in the second half and did all I could for my teammates."

The win moves the Apaches (18-4, 9-3 Region XIV) within a game of North Division leader Navarro (18-5, 10-2). A win by the Bulldogs on Saturday would have made it a tough uphill battle in the race for the title. This year winning the regular season title is paramount as that means an automatic bid to the NJCAA National Tournament in Hutchinson, Kan.

Marquise said his team relaxed a bit with the big lead and played not to lose. He commended his team for persevering, complimenting Odunsi for the big free throws along with big baskets by Trevor Berkeley and Ta'Jon Welcome in the final minutes.

Along with Odunsi, Welcome added 13 points and two dunks that got the crowd into the game.

For the game, Tyler was 6 of 9 from long distance.

NC guard Harrison Hawkins led the Bulldogs with 21 points, including 6 of 13 3-point attempts. After missing his first two treys, Hawkins connected on four straight to get the Bulldogs into the game. Jamar Goodwin added 14 points.

The game was tight until the Apaches broke loose for a 70-59 lead with 2:25 left in the game. Two free throws from Jones, followed by a block and steal from Welcome resulted in two baskets by Odunsi. Then a slam by Berkeley and two free throws from Odunsi had the Apaches seemingly in control with the 11-point lead.

However things got a bit dicey as the Bulldogs battled back and got within three, 73-70 after two free throws from Hawkins with 5.4 seconds remaining.

After two more free shots by Odunsi, David Woodard drained a 3 at the buzzer for the final of 75-73.

It was a grind it out game in the first half, but then the athletic ability of both teams were on display in the second.

The win snapped a seven-game win streak in the series by the Bulldogs.

Sernise Robertson, coming off consecutive 30-plus outings, led the Apache Ladies with 16 points. Bria Emanuel added 11. Carolina Lopez had 11 rebounds and a block.

Workman had 15 rebounds for JC and Carter had 10 boards.

TJC was hurt with 25 turnovers. JC had 23 miscues.