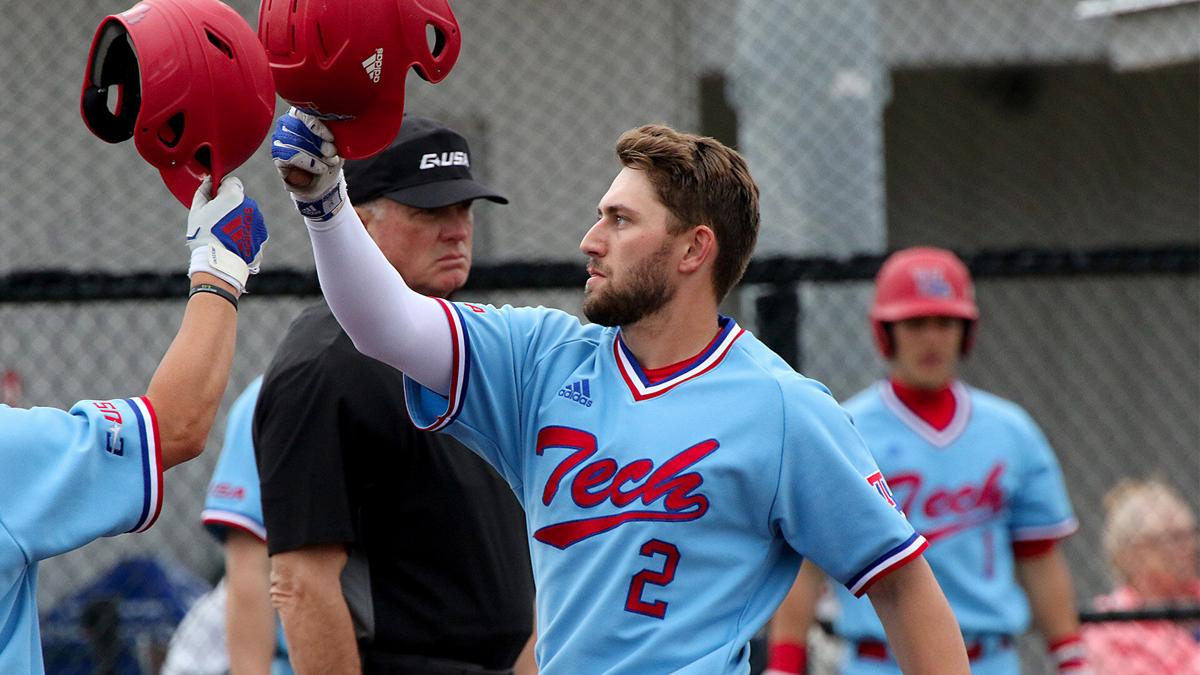 Tylerite Parker Bates celebrates after a home run in a home game against Maine in 2020. 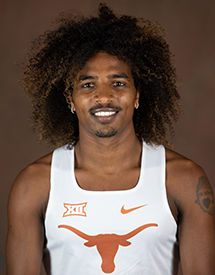 Tylerite Parker Bates celebrates after a home run in a home game against Maine in 2020.

The preseason rush of awards continues Louisiana Tech senior Parker Bates, who this time is just one of five outfielders in the country named a 2021 NCBWA Division I Preseason First-Team All-America. Bates is one of just two student-athletes listed on the first team that is not a player from a Power Five Conference.

Bates, who earned Conference USA Preseason Player of the Year honors from four different publications, adds arguably his biggest preseason accolade after posting a .422 average during the shortened 2020 season. The Tyler native led the C-USA in hits (27), RBI (28), home runs (eight) and slugging percentage (.891) a season ago.

The Tyler Lee graduate led the Bulldogs to an 11-6 record in the 2020 COVID-19-shortened season. Bates recorded a hit in 15 of 17 games, registering two or more hits in seven contests. Bates tied for third in the nation in home runs, ranked fourth in RBI and placed fifth in slugging percentage.

The outfielder and his squad were scheduled to open their 2021 season with three games against three different opponents in Baton Rouge, Louisiana this weekend. LA Tech was scheduled to play Notre Dame on Saturday in Alex Box Stadium to begin its season. However, the Irish will not be traveling from South Bend, Indiana. The Bulldogs how have games against Air Force (4 p.m. Sunday) and LSU (6:30 p.m.) Monday. Sunday’s game is not open to fans and the LA Tech-LSU game will be on SEC+.

Knight, a sophomore at the University of Texas, had his best 5,000-meter time of his indoor career at the Tyson Invitational in Fayetteville, Arkansas.

Knight had a clocking of 14 minutes and 2.28 seconds to finish seventh in the meet.

Robinson claimed his second Track Athlete of the Week honor this season after a standout performance for the Lumberjacks at the H-Town Speedcity Series in Houston last weekend. The freshman from Spring claimed a first-place finish in the 400-meter event with a time of 47.65 seconds, a mark that stands second in the Southland this season. Robinson also secured a second-place performance in the 200 meter race after crossing the finish line with a personal-best time of 21.12, ranking 33rd nationally this season. He also ran the second leg of the 4x400m relay for the ‘Jacks, pushing the team to a second-place finish with a 3 minutes and 16.76 seconds.

McConnell, a former Tyler Lee star, is a freshman for league favorite Mary Hardin-Baylor, who is favored to win its third straight ASC championship.

Watson is a junior competing for East Texas Baptist, which is picked third in the conference.

The ASC Women’s Golf Championship is scheduled for April 19-20 at The Hideout Golf Club in Brownwood.

Mathews, a Palestine High School graduate, posted a pair of double-doubles, averaging 16.5 points and 10.5 rebounds as the War Hawks went 1-1. She had season-highs of 23 points and 11 boards in a 65-54 win over Sul Ross State, shooting 10-of-16 from the field. She also had 10 points and 10 rebounds in a loss to Howard Payne.

The Gilmer High School graduate averaged 4.25 kills per set, while hitting .633 in the Tigers two wins over Belhaven. She hit .656 with a career-high 22 kills in the second match after connecting on 12 kills and hitting .588 in the opener. Fennell also added six digs, an ace, a block and two assists.

The Gilmer High School graduate guided the Tigers to a 44-16 win over Belhaven. He was 12-of-22 passing for 159 yards and a touchdown and ran six time for 29 yards and another score. Brown’s first touchdown pass game in the second quarter to give ETBU a 14-9 lead. He then ran it in from the one in the third to make the game 28-16.