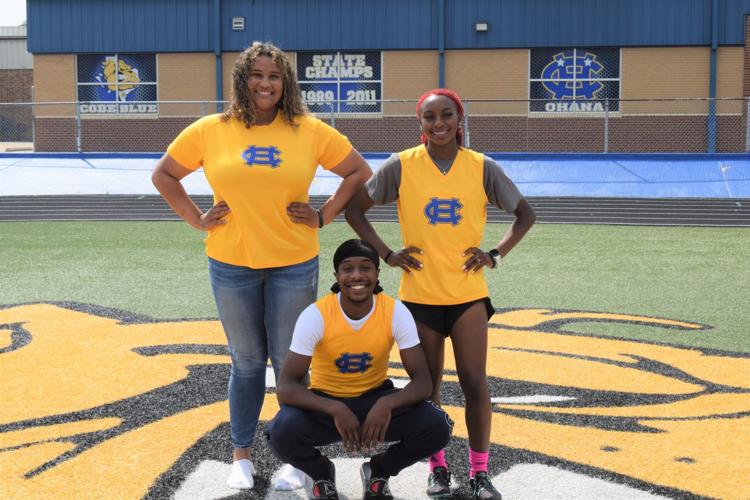 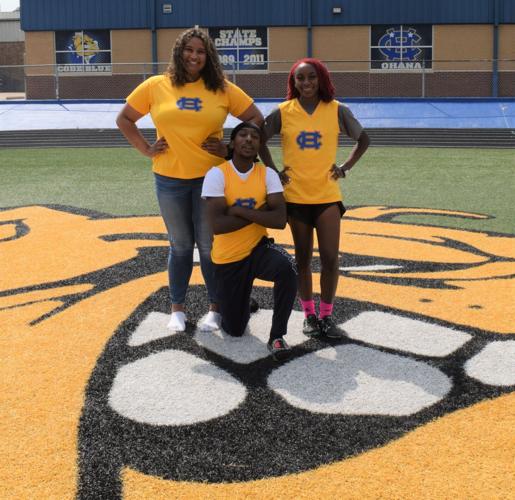 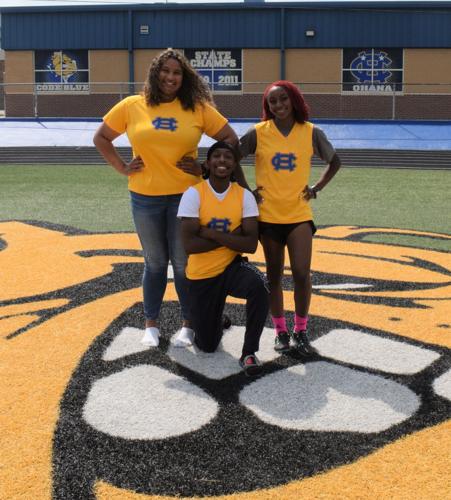 Cook ran a personal record of 58.90 at regionals, taking third place and earning the wild card spot to the state meet.

“I’m actually very excited, because this is my first time going to state and I’m beating the odds, because not a lot of people thought I would,” Cook said.

Cook said she found out that she had earned a spot at state when she was on her way back to Tyler from Commerce to get ready for Prom.

Pierce made it to regionals for the first time this year, and then she threw a 109-10 at regionals to make it to state.

“It was very exciting,” Pierce said. “I was glad I got to go do it and make my coach happy.”

Isaac Gutierrez, who has coached throwers for more than 10 years, said Pierce is his first state qualifier.

“I’m really excited for her for this accomplishment and for her to be one of the three to represent Chapel Hill,” Gutierrez said. “She’s put in a lot of work. She’s had a lot of obstacles and adversity along the way. But she’s continued to push and work, and now she’s one of the top nine throwers in the state of Texas.”

Pierce, who has also played volleyball and basketball, said her PR in a meet is 111-0. But at state, she’s going for even more.

“My goal going in is 120-0, because that’s my personal record in practice,” Pierce said.

“I’m really excited,” Crayton said. “I did a lot of training. But I was kind of scared, because I had twisted both of my ankles in basketball, so for most of the track season, I was out. My training was cut down, and I was running really slow. Luckily, my ankles healed up just when they needed to, and I was able to run in my spikes when I needed to, and it cut my time down by 20 seconds.”

Crayton said he is aiming for the gold in Austin.