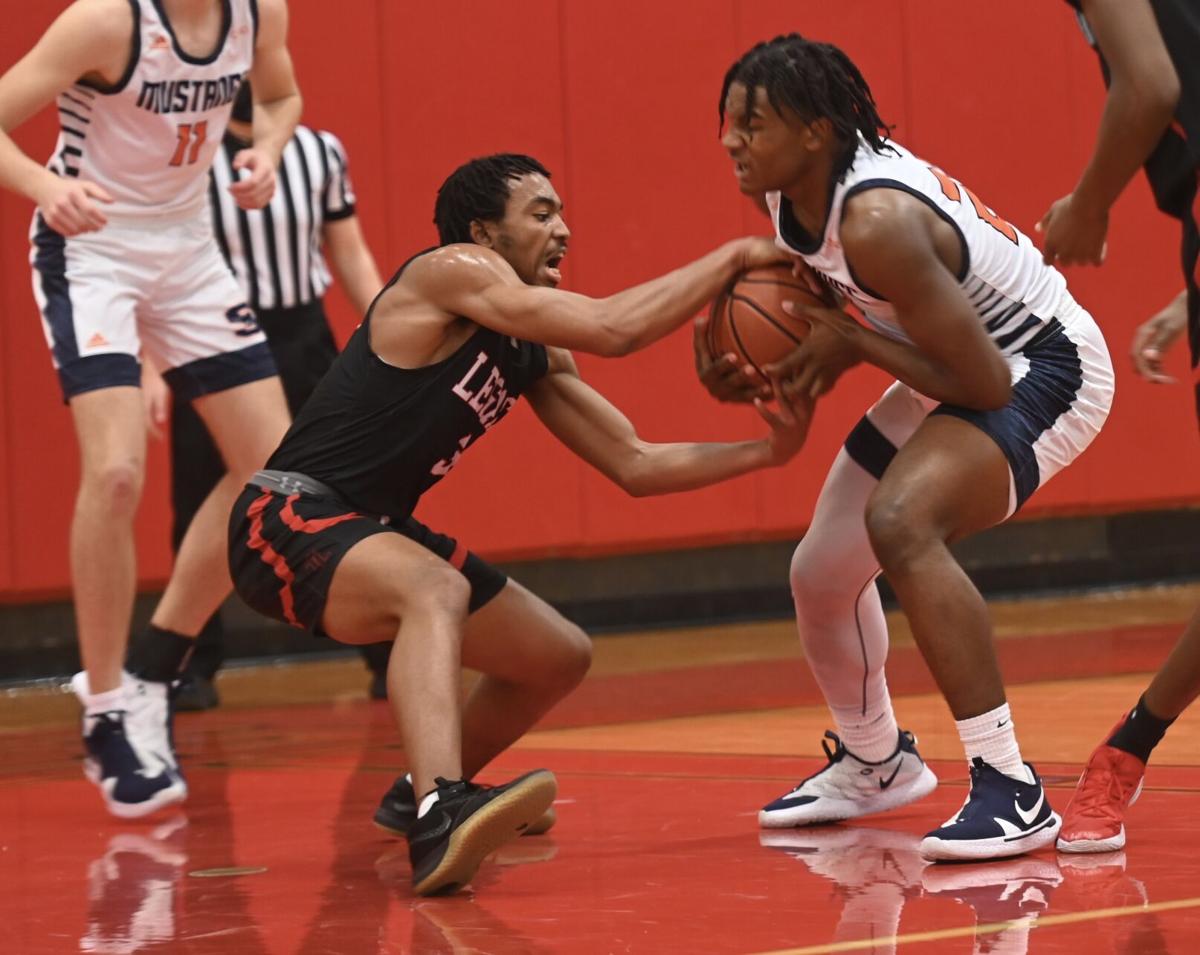 Legacy’s Will Mitchell, left, fights for the ball with Sachse’s Alex Orji Tuesday in Van. 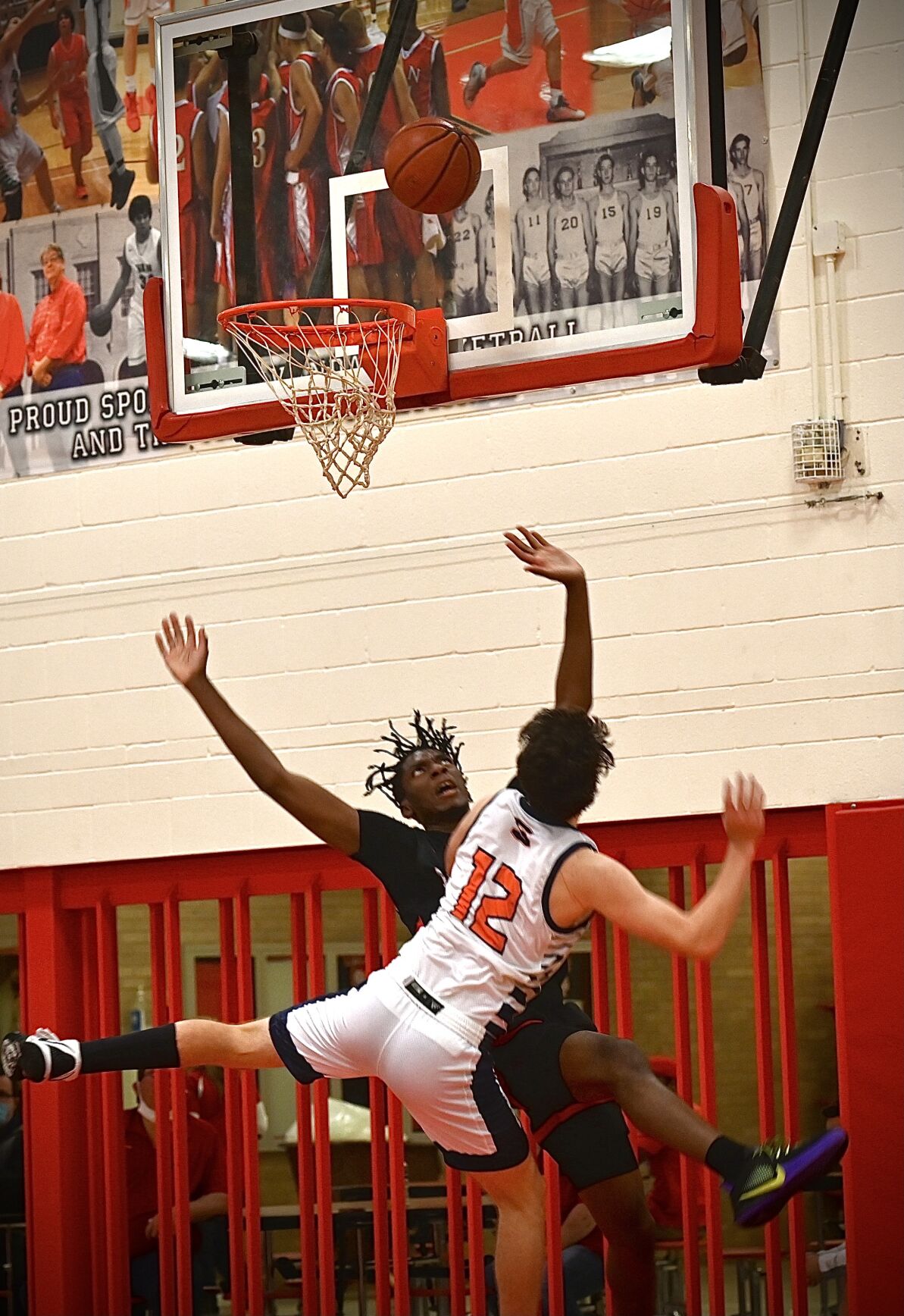 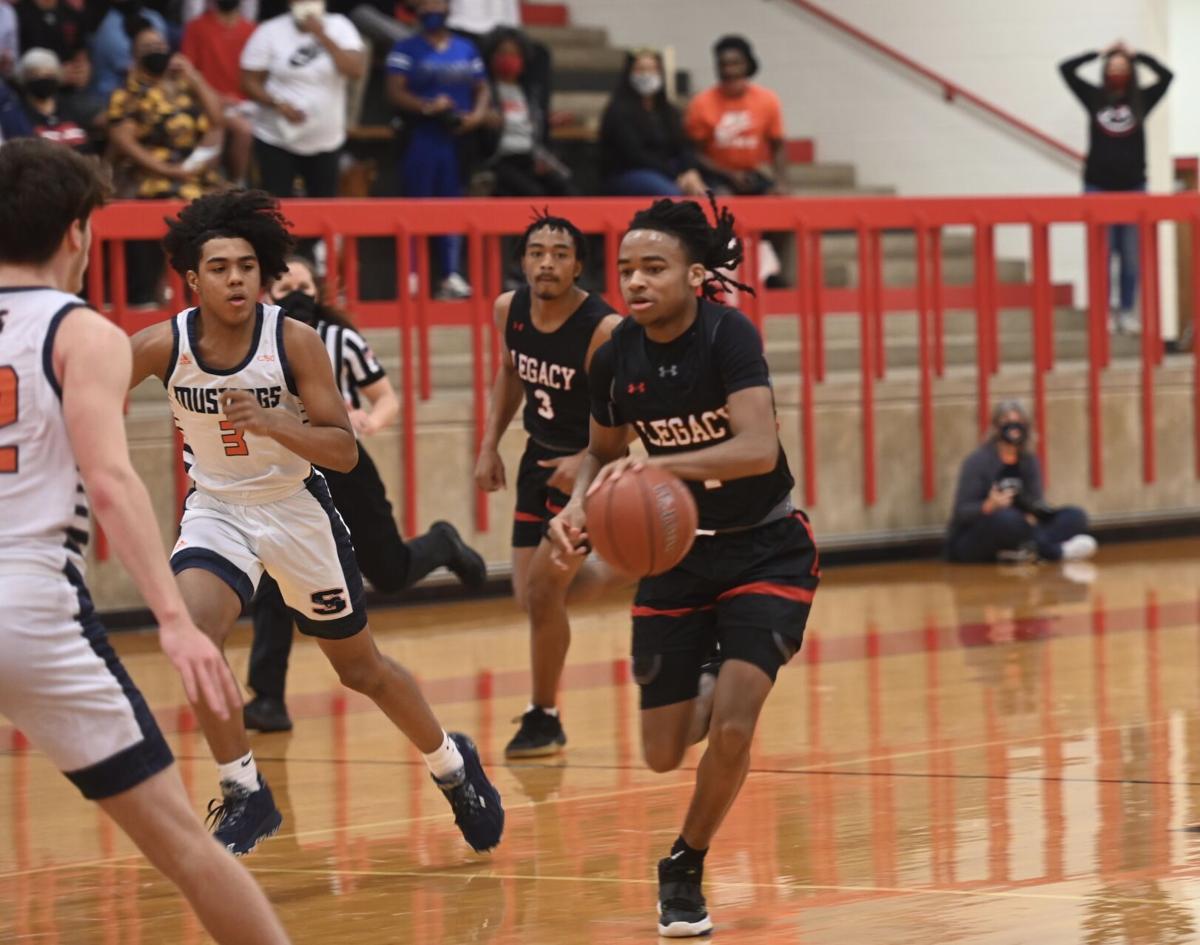 Legacy's Jaylon Spencer dribbles into the lane against Sachse Tuesday in Van. 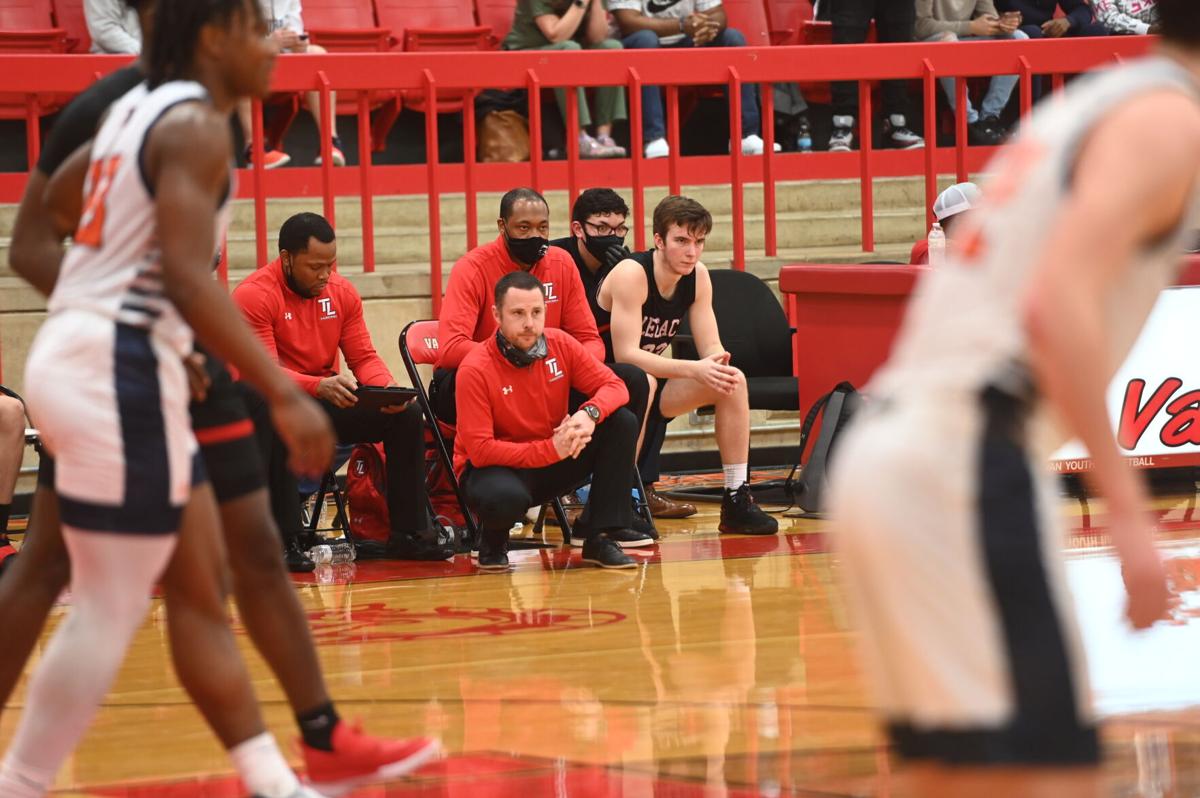 Legacy’s Will Mitchell, left, fights for the ball with Sachse’s Alex Orji Tuesday in Van.

Legacy's Jaylon Spencer dribbles into the lane against Sachse Tuesday in Van.

VAN — Tyler Legacy entered the fourth quarter of its first playoff game since 2015 with a 49-47 lead.

And after a jumper by Deuty Smith, the Red Raiders led 51-47. However, Garland Sachse reeled off 27 points in the final 6:18 to take a 74-65 win in the bi-district round of the Class 6A playoffs on Tuesday night.

The loss ends the Red Raiders’ season with a 20-5 record. Despite the playoff setback, Legacy knows the 2020-21 season with be one to remember as it captured its first district title since 2006.

“What these guys accomplished this year is unbelievable,” Legacy head coach Kevin Walker said. “Obviously, it hurts, and nothing I could tell them is going to make them feel better at this point. But there’s going to be a point where they look back and realize how special this group is. In one year, they did something that people have a hard time doing in a lot of year, and that’s completely flip something. To have these seniors completely flip this program to get us going to where now this is the expectation. The expectation is that we’re here again next year and the year after and continue this that they started.”

While Sachse came in with the label as a fourth-place team from District 9-6A, the Mustangs came out and announced their presence early.

Dylan McKeon hit two of his game-high five 3-pointers in the first quarter to give Sachse a 17-15 lead.

Legacy tied the game early in the second quarter with a drive by Smith, but Sachse answered with a three from the corner by Isaac Brown.

After Jamarion Robinson hit two free throws for the Red Raiders to make the score 20-19, Sachse went on a 7-0 run to stretch its lead to 27-19.

Matt Wade knocked down a three, and Nate Noland had a putback to make the score 27-24. After Sachse pushed the lead to 31-24 the Red Raiders went on a 9-0 run. Jaylon Spencer scored twice in a row, and then Mitchell scored consecutive baskets to put the Red Raiders in front. A Spencer free throw made the score 33-31.

McKeon hit two free throws for the Mustangs to tie the score at 33. Mitchell then knocked down a three in the final minute to give Legacy a 36-33 halftime lead. Mitchell had 7 points in the final 2:11 of the first half.

Legacy quickly pushed its lead to 40-33 in the third quarter. With the score at 46-45, Legacy got a three from Robinson and then Sachse got a putback by Alex Orji at the buzzer to make it 49-47 in favor of the Red Raiders entering the fourth quarter.

“We had an unbelievable push going into halftime to take a 3-point lead,” Walker said. “I had guys step up big off the bench when I had to sit a couple of starters with foul trouble and still be able to go in with a lead. It was a game of runs. And then in the fourth quarter, I thought they came up with more 50-50 balls than we did. They got some offensive rebounds and were able to get some putbacks. They shot the ball well, and we knew that going in that they’re a group that can do that. They did a good job of making some big-time shots in the fourth quarter when they needed to and made some free throws.”

At that 1:12 mark, Spencer fouled out of the game, and he and Walker had an extended conversation in front of the Red Raider bench.

“I just talked to him about how proud I am of him,” Walker said. “I challenged him a lot being the point guard and put a lot on his shoulders and to watch him progress, not even in basketball, but grow into a man and a leader is just something special.”

Sachse hit eight threes in the contest. McKeon finished with a game-high 25 points. RJ Chatman had 18 points and seven assists. The duo combined for 19 points in the fourth quarter. Orji had 8 points and 13 rebounds.

“We were able to watch these 17- and 18-year-olds grow into men this year,” Walker said. “That is more rewarding than anything and the thing we will remember the most, because they’re going to go on and do really special things in life.”