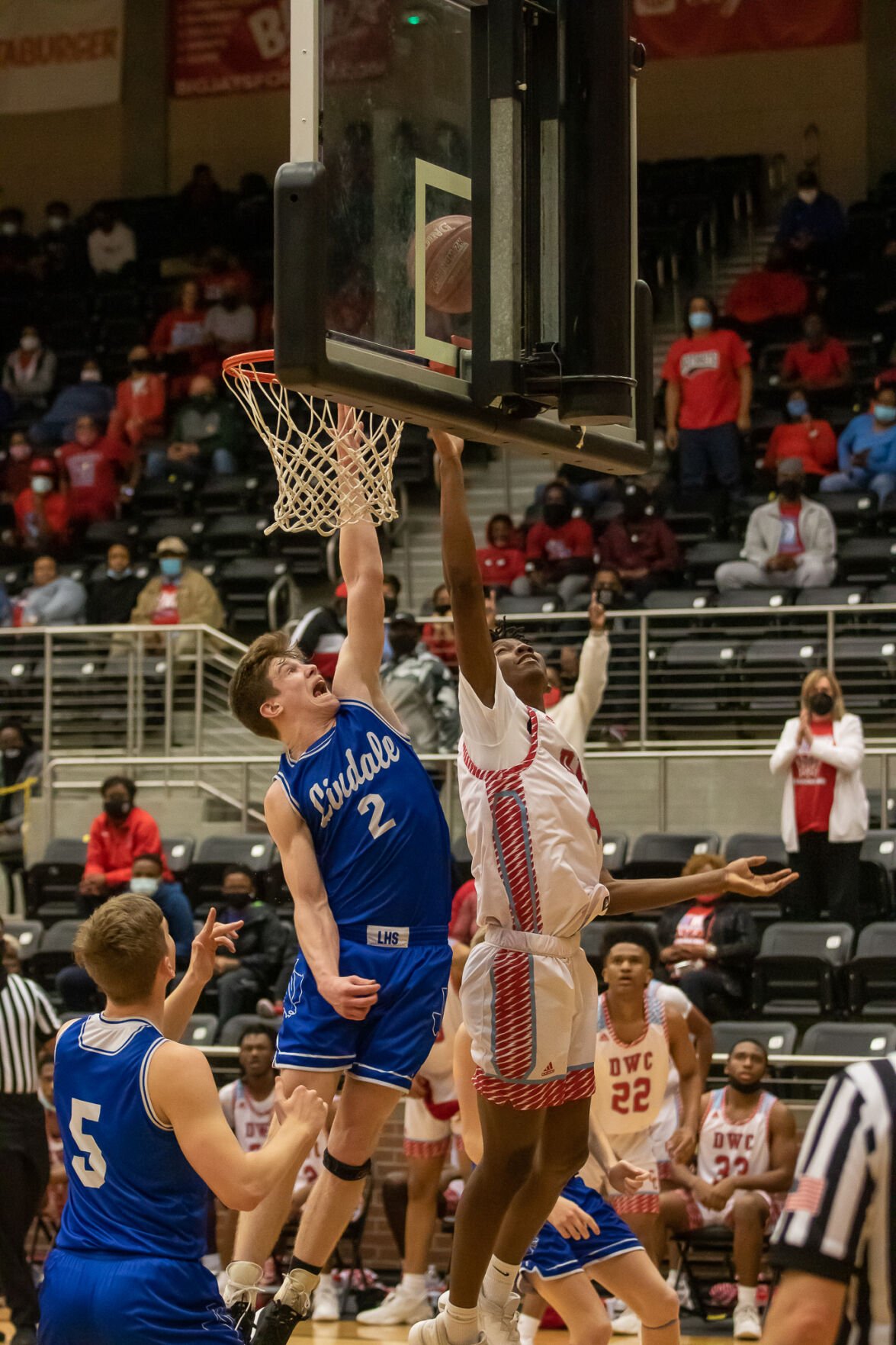 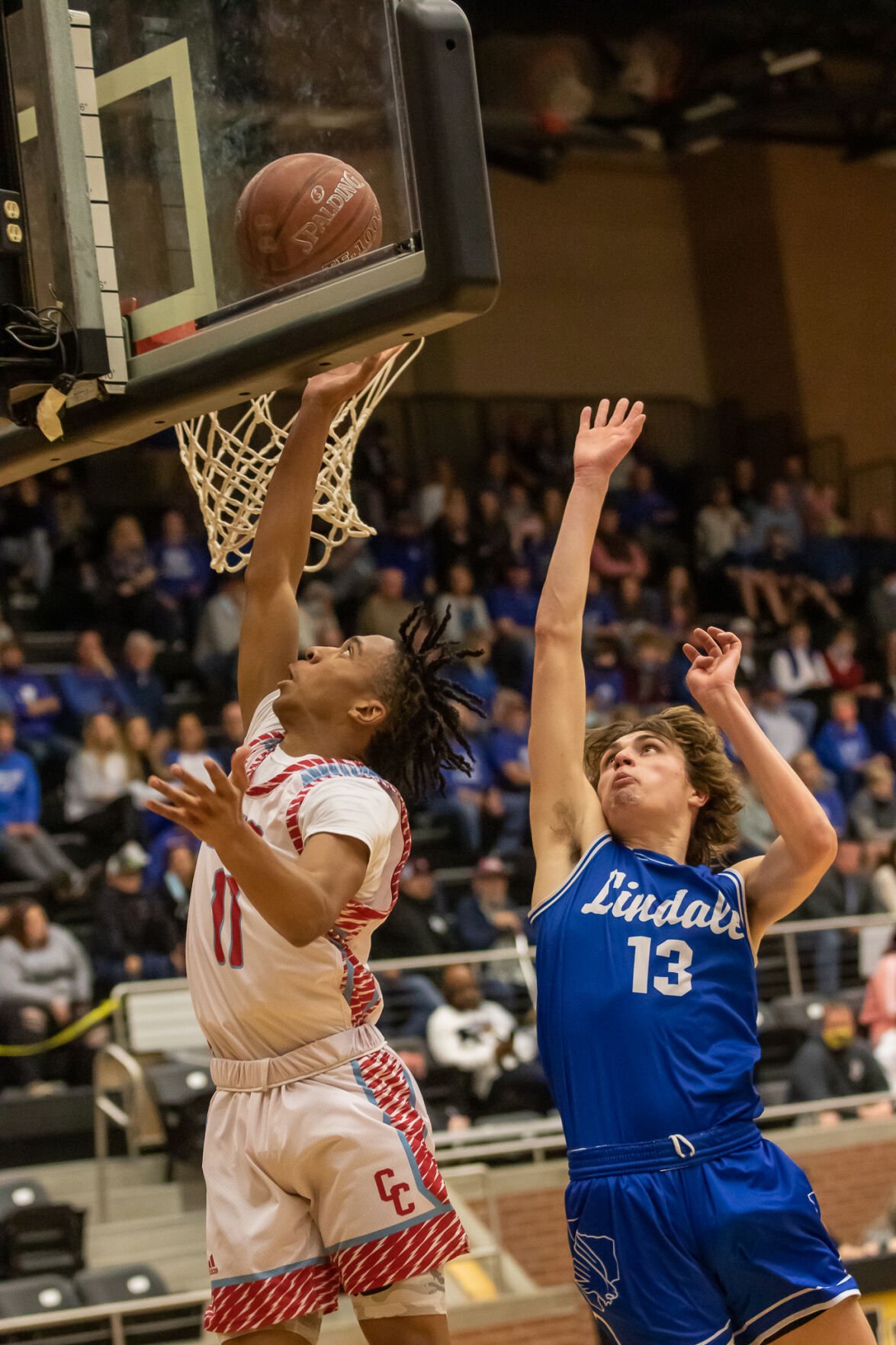 Dallas Carter’s Hamilton Hamm goes inside the paint for a layup over Lindale’s Justin Farris in the third quarter during Tuesday’s 4A regional semifinal Forney High School Gymnasium. 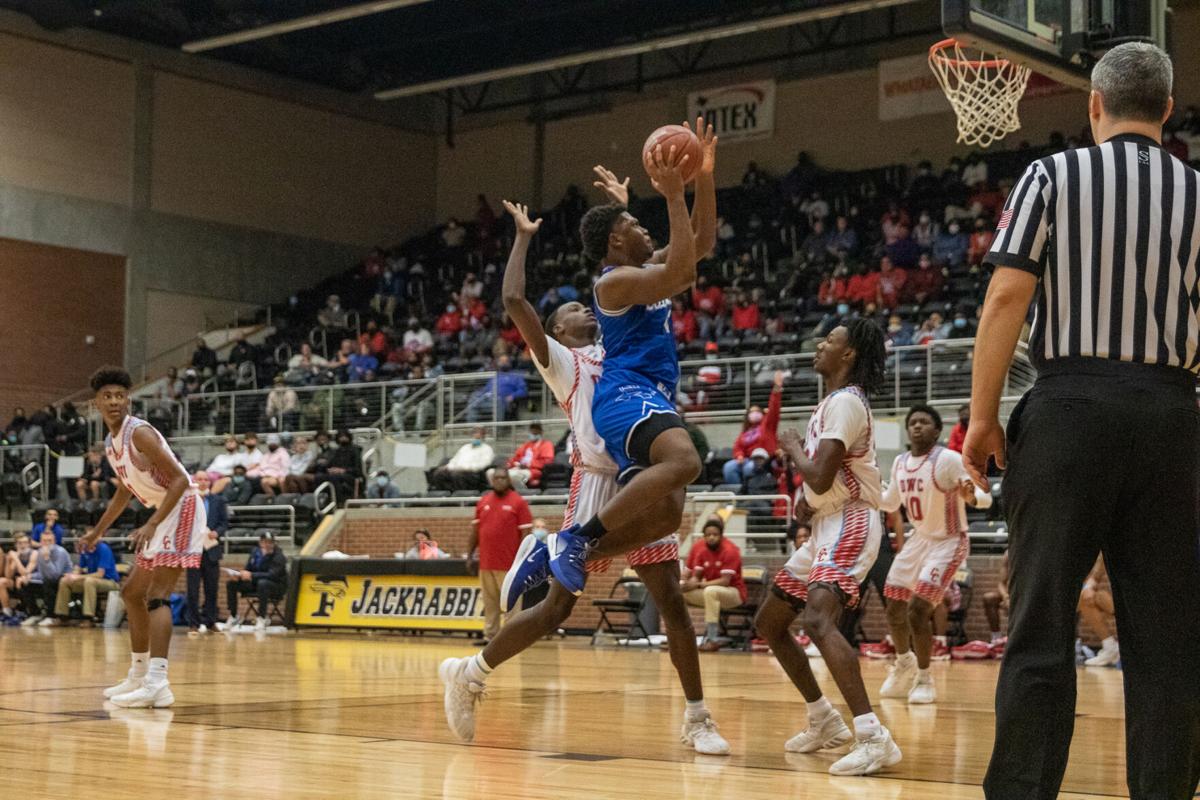 Lindale Eagles’ Jaymond Jackson with a contested shot with multiple Dallas Carter’s defenders coming up with a defensive foul inside the paint during Tuesday’s 4A regional semifinal in Forney High School Gymnasium.

Dallas Carter’s Hamilton Hamm goes inside the paint for a layup over Lindale’s Justin Farris in the third quarter during Tuesday’s 4A regional semifinal Forney High School Gymnasium.

Lindale Eagles’ Jaymond Jackson with a contested shot with multiple Dallas Carter’s defenders coming up with a defensive foul inside the paint during Tuesday’s 4A regional semifinal in Forney High School Gymnasium.

FORNEY — Lindale’s school year has been filled with athletic success.

The Lindale Eagles basketball team continued that by advancing to the regional semifinals. The No. 24 Eagles’ run came to an end on Tuesday as they fell to No. 4 Dallas Carter in the Class 4A Region II semifinals, 65-46, at Jackrabbit Gym.

“Our best wasn’t good enough tonight, and we can live with that,” Lindale head coach Chris Grotemat said. “I’m so proud of our guys. We got off to obviously a very difficult start, but I think we got tougher and acclimated to their pressure as the game went on. And credit Dallas Carter for some breathtaking shot making and execution. They are the total package. They are better than advertised.

“The better team won, and we are men enough to live with that, so we’re going to celebrate the wonderful things our guys have done rather than lament what didn’t happen tonight.”

Carter was scorching hot from the perimeter. The Cowboys were 6 of 11 from 3-point range in the first half and 10 of 18 from downtown in the game.

Hamm got things started with a quick three. After Colton Taylor answered with a layup to cut the score to 3-2, Wright scored 10 consecutive points to give the Cowboys a 12-2 lead.

Lindale battled back as Jackson and Taylor both scored inside, and then Taylor assisted on a corner three by Taegan Terry to cut the score to 12-9. Wright scored on a layup in the final seconds to finish with 12 first-quarter points and give Carter a 14-9 lead.

The Eagles opened the second quarter with a Colby Wood trey to cut the score to 14-12 before Hamm connected from deep to spark an 8-0 Carter run.

Hamm hit three 3-points in the second quarter and had 13 points in the frame to give the Cowboys a 34-20 halftime lead.

After Terry started the third quarter with another corner three, Carter went on a 13-0 run and eventually led 54-31 after three quarters. Carter led 65-35 with 4:27 to go, and Lindale ended the game on an 11-0 run and held Carter scoreless the rest of the way.

“They’re as sound defensively as anybody in the state,” Grotemat said. “It’s not a bunch of gimmicky smoke and mirrors pressure. It’s legitimate championship level defense with great athletes, outstanding coaching and great adjustments. It makes it virtually impossible to run a set. You’ve just got to go play.”

Taylor led Lindale (24-6) with 14 points in his final high school game. In the final minute, Grotemat had Taylor go to the opposite end of the court before subbing him out, giving the large Lindale crowd a chance to shower Taylor with applause one final time.

“He’s the bar, and we love him,” Grotemat said.”That’s not a term we use loosely. He’s the bar because of the work he puts in, and he embraces the preparation to become a champion more than any other high school athlete I’ve ever been around. He’s just so special, and it’s just been an absolute privilege to coach him these past four seasons.”

Taylor is one of five seniors for the Eagles, joining Jackson, Airik Williams, Josh Mahannah and Wake Thrasher-Evers.

“From the minute they got to high school, we knew they were winners,” Grotemat said. “And as good as they are on the floor and on the football field, they are even better in the classroom and off of the court. They are a coach’s dream.”

Jackson, Wood and Terry all had 9 points for Lindale.