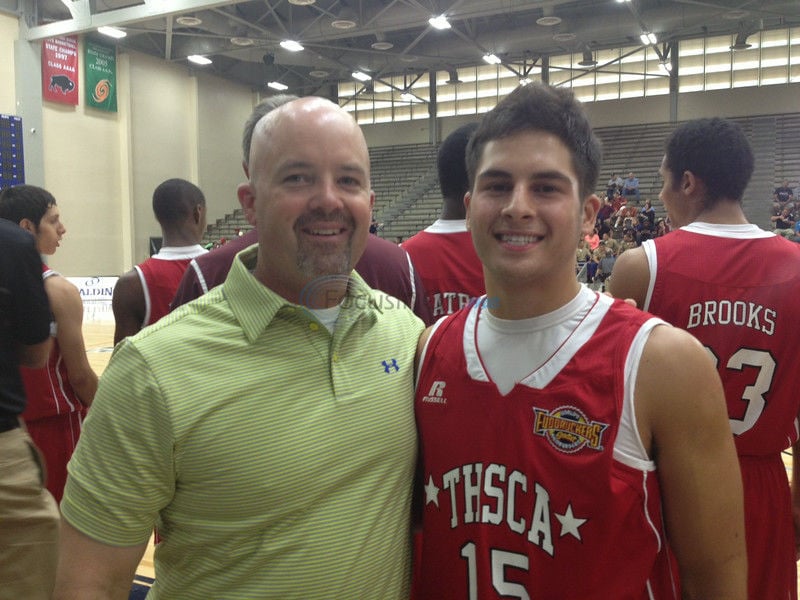 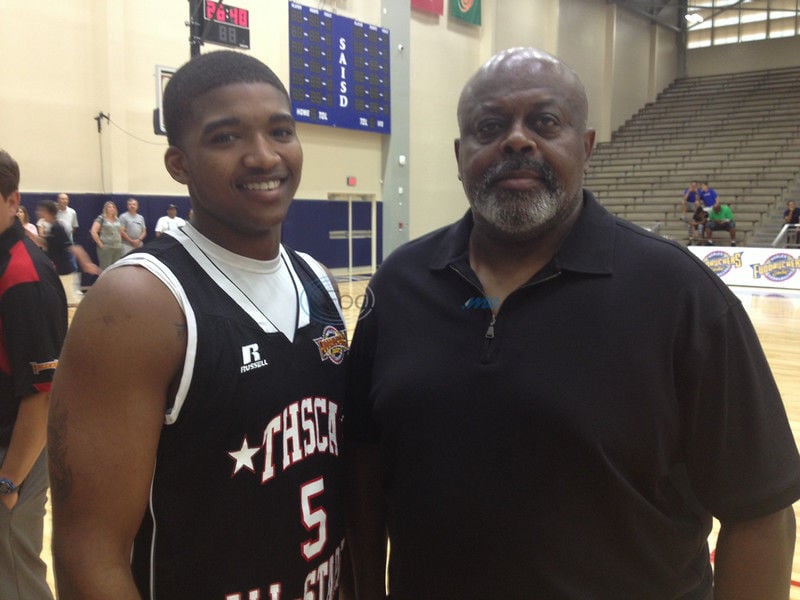 SAN ANTONIO — Anthony Sanders will play basketball in the fall for Michael Landers at Navarro College, but first the Athens High School graduate dressed out as a prep star one more time.

Sanders hit for 8 points to help the North to a 118-101 win over the South in the 70th Annual Texas High School Coaches Association All-Star game before 1,083 fans at the Alamo Convocation Center on Monday.

Sanders was the first player from Athens to participate in the game.

"I was very honored to play in this game and represent my school and city," Sanders said. "It was great playing with these players. I was nervous at first, and I really never got comfortable until the second half. It was a lot of fun."

Sanders is now ready to play in Region XIV for the Bulldogs.

"I've been talking with coach Landers, and I'm ready to start balling with Navarro," said Sanders, who also had a rebound, an assist and a steal in the contest.

Tatum's Robbie Rockwell, who started for the South, hit for 8 points. He also had three rebounds and a steal.

Frenship's Marcos Schuster, who will attend Lubbock Christian in the fall, was voted the North's Most Valuable Player, while Huffman Hargrave's Zack Dumas, who will play for Northwestern Oklahoma, was tabbed the South MVP.

Schuster led the North with 16 points, hitting on 6 of 7 shot attempts. He also had five rebounds.

Dumas had 16 points for the South, including 7 of 9 from the free throw line.

The North broke out to a 37-16 first quarter lead and never looked back. The game was 40 minutes long with 10-minute quarters.

San Antonio MacArthur's Marcus Harris, who will play at the University of San Diego, led the South with 17 points.

Converse Judson's Tanner Leissner, who is headed to the University of New Hampshire, led the South with nine boards.

NOTES: At halftime, 36 men and women were inducted into the United States Marine Corps. … Elijah Strickland of Burkburnett won the 3-point shooting contest with 15, followed by Aubrie King of Mumford with 14. Rockwell was third with 13. … Adams won the Slam Dunk Contest. … After two days, 12,252 coaches have registered. … The game will be rebroadcast at 1 p.m. today on Fox Sports Southwest. … The North now leads the series, 39-31.