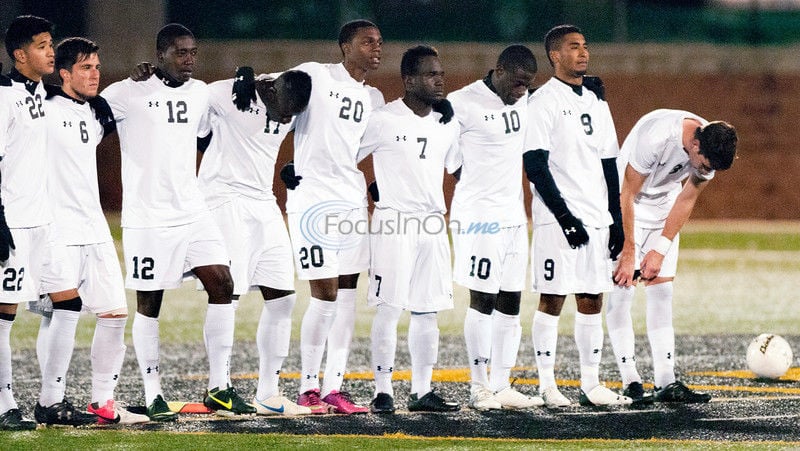 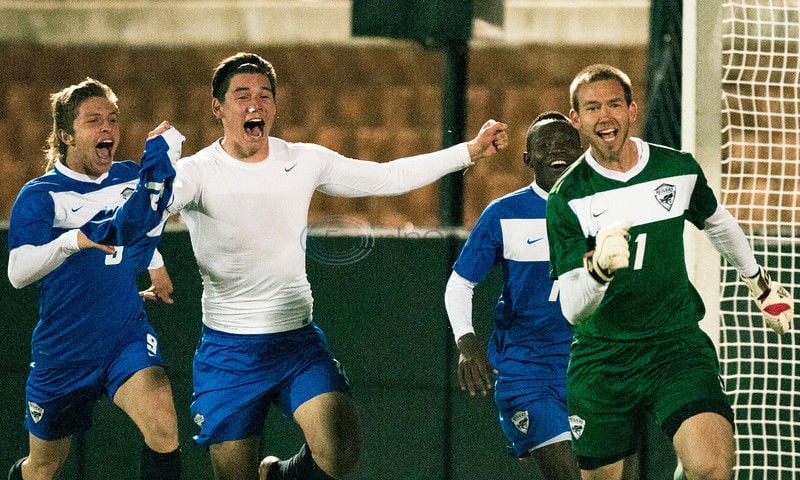 Iowa Western Community College arrived in Tyler for the NJCAA Division I Men's Soccer tournament as the only unbeaten team and ranked No. 1 in the nation. The Reivers (25-0) depart the Rose City as still the only undefeated team while also capturing a national championship.

Iowa Western's first two penalty takers found their mark. Meanwhile TJC missed its first two attempts. Lukowski saved the first one while the second one hit the underside of the cross bar and Lukowski made sure it stayed out.

The third penalty taker, Jose Navarro, made it 3 for 3 for the Reivers.

Facing a must make, TJC's Martin Agredo finally beat Lukowski to make it 3-1. Tyler keeper Leopold Castillio then denied Iowa Western's first chance to win by getting his hand to a penalty try.

But Tyler had to keep converting to prolong the shootout. Lukowski did not allow that, stopping the next attempt before being mobbed in celebration by his teammates.

"It wasn't a perfect game, but it was definitely a perfect season," said Iowa Western coach Jordan Carver, who was later named NJCAA coach of the tournament. "We've never lost a game with (Lukowski) in the net. We lost once last year, but he didn't play in that one. He was awesome."

The Apaches (19-3) led 1-0 at halftime on a goal from sophomore Atsou Ayah and enjoyed a man advantage for final 20 minutes of regulation and all of overtime, but couldn't unlock Iowa Western a second time.

"I give all the credit to Iowa Western; they have a great team and had a good season," TJC coach Steve Clements said. "I thought our guys came off a pretty emotional game last night, but at the end of the day you play two halves and two overtimes and they were a man down. … When you didn't win it there, it wasn't supposed to happen maybe.

"But our guys worked hard and I am awfully proud of them and they've done a great job."

The match was physical throughout with numerous yellow cards shown to both teams.

Ayah's goal was only the sixth Iowa Western had allowed this season. It looked like it would be enough for TJC until NJCAA Tournament MVP Fazlo Alihodzic turned a half chance into the equalizing goal.

He took a free kick that was cleared back out to him. Alihodzic struck a perfect shot on the volley that rocketed into the left corner of the net to make it 1-1 with 25 minutes remaining.

The Apaches tried to quickly regain the lead with Nazeem Bartman getting the ball in a strong position, but he was the hauled back by Iowa Western defender Matthieu Braem. The foul itself brought a yellow card, which was a problem because Braem had received a similar booking in the first half.

But despite now having a man advantage, TJC was kept under pressure by the Reivers, with Elias Hatungimana blasting a shot off the cross bar with 6 minutes to play and Robbie Yemane getting his head to a corner kick, but it went over the bar.

"It was one of those situations where (even though we were a man down) we had momentum (after the goal)," Carver said. "We changed it up a little bit with tactics and it ended up working out in our favor."

In the first minute of overtime, Tyler's Hector Lasso got off a shot from a poor angle that was saved by Lukowski. Then Ayala tried his luck from deep, but the shot went straight to Lukowski.

With less than three minutes left in the first overtime, Alihodzic was denied by the cross bar to keep it tied.

In the second overtime, TJC looked to be seconds away from its match winner when Martin Agredo won a footrace on a long ball against Lukowski and lifted a ball over him toward an empty net, but the shot did not have enough pace and was cleared away by a defender who raced back.

Ayah and Bartman took shots in the second overtime, but Lukowski was equal to both to force the match to be decided by penalties.

"It was a great season and a good opportunity for our players," said Clements, who has led the Apaches to national championships three times since 2009. "They've had plenty of chances to get looked at by a lot of coaches, so hopefully they will be moving on to programs and doing well for themselves."