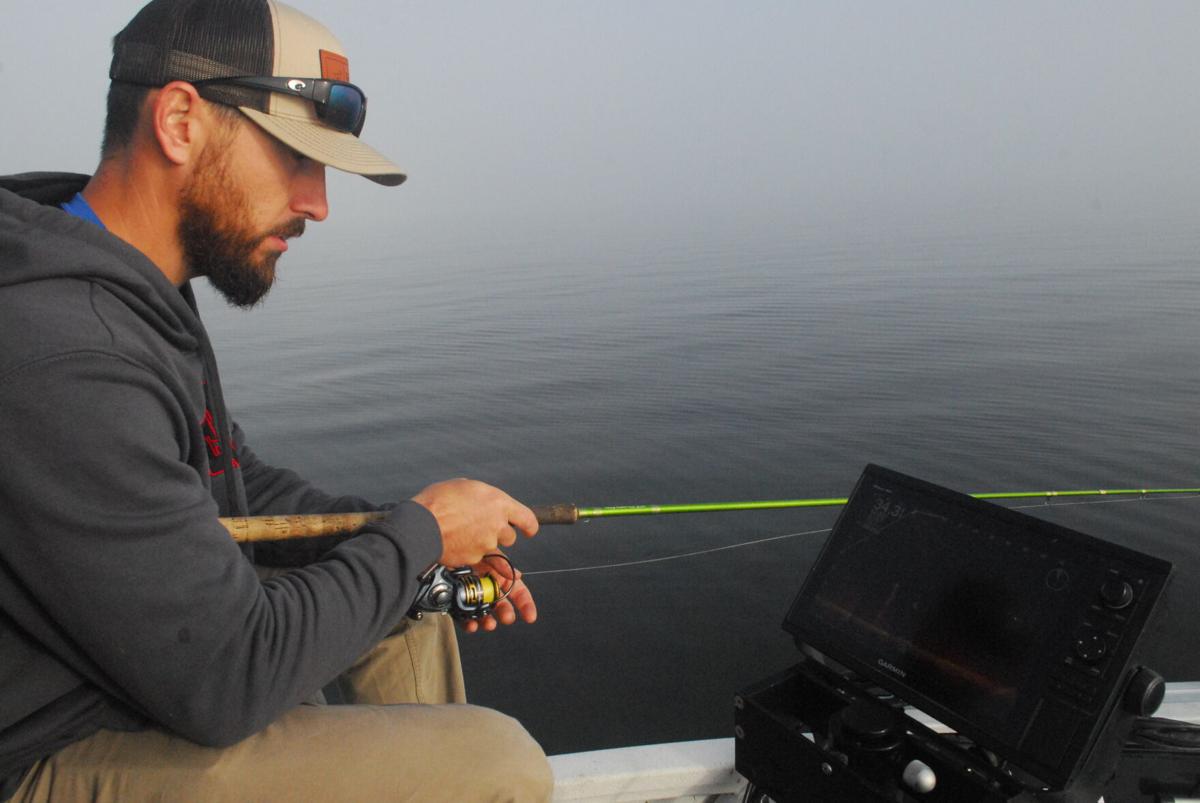 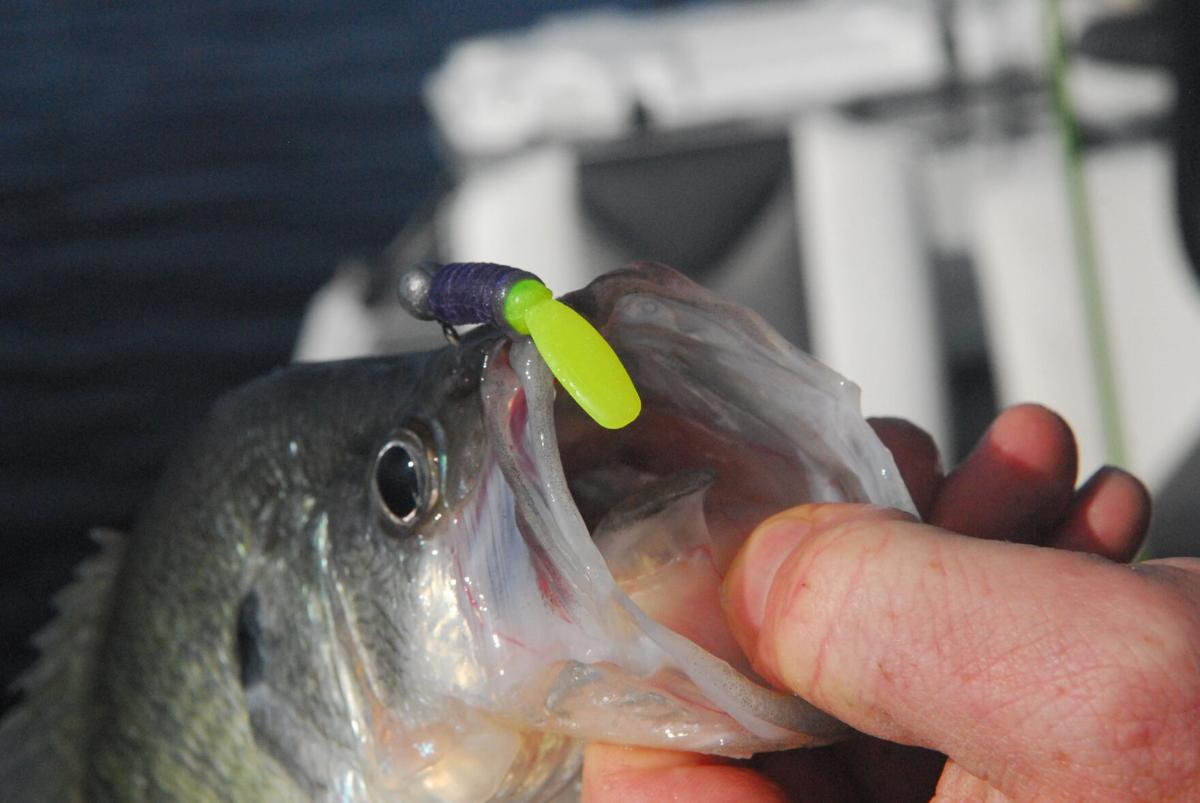 COFFEE CITY -- The submerged tree was lit up like a Christmas tree, appropriate for a holiday season trip. Guide Sam Parker eased the boat into position and with the aid of an 11-foot rod, I let the jig drop vertically down to the brightest spot on the tree.

The tree was sitting in 35 feet of water on Lake Palestine. The mark, a white crappie, was perched at 25 feet, the same 25- to 30-foot zone they had been all morning.

Following the lure down on the Garmin Panoptix LiveScope, I closed the bale just when it looked like it was going to tap the fish’s nose. Through the magic of modern technology, you could see the fish begin to move toward the purple/chartreuse Slab Savage bait. It was on a mission to take the bait. And it did, closing out a two-man, 50-fish limit.

Having grown up in Henderson County, Parker is a lifer on Lake Palestine but is relatively new to the guide business after leaving auto sales for the lake two years ago. He is one of a growing number of guides on East Texas lakes following the surging interest in crappie fish, but is only one of a handful doing it full-time on Palestine.

Like most of those who have gotten into the business, the game-changer has been the new technology. Loved by those who have it and disdained by those who do not, the live technology does not guarantee fishermen are going to catch more crappie, but it does help them eliminate dead water and see how what they do with their lures entices or spooks fish.

For example, the age-old concept of jigging a bait, jerking it up and down, shows to be counterproductive. Holding it steady just above the crappie, an upwards feeder, is more likely to attract it. And for some reason, having a bait or line drag along on its way down seems to spook the fish.

And it was amazing to watch some fish go straight up after the lure while others would do what Parker called sharking, leave the tree, swim down and then attack up. In another instance, a crappie 5 feet below the lure swam straight up past several other fish to grab it.

You could also see other species like sand bass hone in on the bait from a distance.

“These fish are a lot smarter than we think. The best chance to catch them is the first time down. Make a mistake and they are wary,” Parker said.

The morning’s start was delayed almost an hour by a pea-soup fog that made running even the open waters of the lower lake difficult. The south end is not Parker’s normal fishing waters, but as winter weather approaches it is where he finds them most consistently prior to their move into spawning waters.

Parker has an unusual style for a guide. With two fishermen perched side by side in seats on the front of the boat, he stayed between us working the trolling motor, monitoring the sonar screen and teaching us about what we were seeing and doing both right and wrong.

Fishing with my son, Thomas, we took turns picking fish off the tree, trying to start at the top fish and working our way down the tree.

“When the fish are stacked like this, I don’t like to put more than one line in the water at a time because you end up getting tangled up and spending more time getting everyone loose,” he explained.

In some instances, we were able to get three or four fish off a tree, but that plan did not always work. Some of the crappie were clearly not in the mood to eat and others shied away after a few minutes of trying to get them to bite.

A lack of wind meant we were having to fish vertical instead of being able to drift back into position. That meant Parker spent much of the morning working the trolling motor to keep the boat in position.

“I call it extreme finesse fishing. You are doing it in 35 feet of water and it gets a little difficult,” Parker said.

It did not take long to fish one tree then, using both the Live Scope and a GPS map, Parker would move the boat to the next tree. On Palestine he said he finds the trees on the perimeter much more productive than those on the inside when there are a large bunch of trees like are found on the upper end of the lake. On the southern end where the trees are more scattered, he just looks for the bright lights meaning fish.

It took a couple of hours for the fog to burn off, but as Parker had predicted once it did, the bite was on and it did not take long to limit.

Lake Palestine has both black crappie and white crappie. The white crappie tend to be bigger on the lake. Our best was a 1.91, but a friend fishing with Parker the next day targeted just big fish and boated several over 2.

Interestingly, neither of us had to change jigs the entire morning. We were fishing a design Parker makes and hopes to come to market with in the spring.