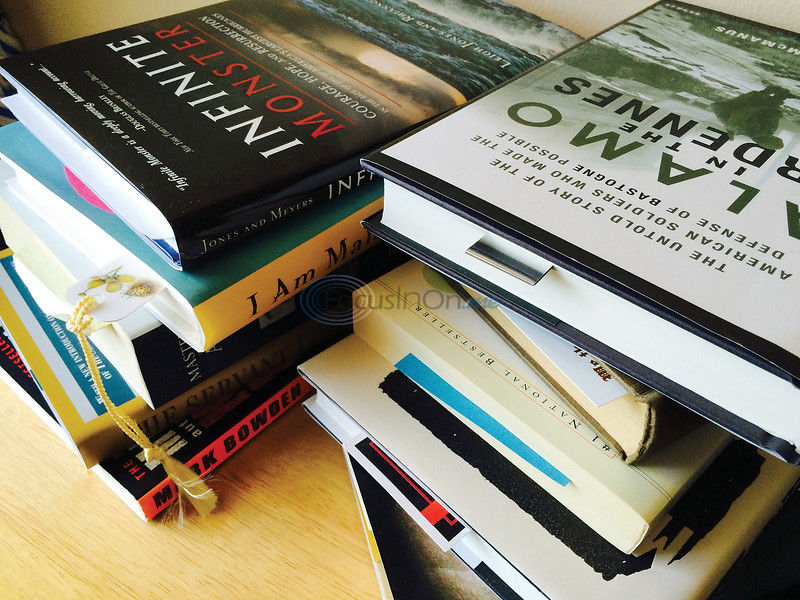 Stacks of half-read books can be disheartening. Mine shrank following retirement, and I'm excitedly building another. 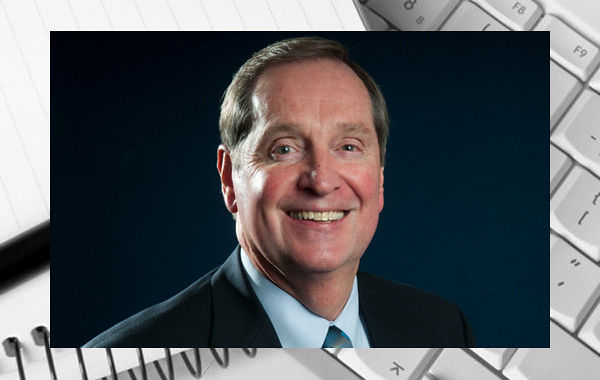 Stacks of half-read books can be disheartening. Mine shrank following retirement, and I'm excitedly building another.

"The man who does not read good books has no advantage over the man who cannot read them."

(Dedicated to Mary Jane McNamara, Tyler's beloved historian, librarian and custodian of local lore. She passed away last week at 91. Those of us who knew her mourn her passing … but the knowledge and wisdom she so freely shared, her love of books and passion for learning that defined her life will forever remain with us.)

For much of my recent life, books taunted me.

Don't get me wrong. I love books. I love reading them, exploring new worlds and learning new things through their pages. I love descriptive language that creates vivid imagery in my mind. Often, I don't have to wait for the movie; I already know what the hero looks like.

I can still visualize the shadowy silence, oppressive heat and unseen dangers lurking out of sight on the trip up the river in Joseph Conrad's "Lord Jim." Today, I would have trouble telling you the plot of that complicated story, but as a teenager, I was captivated by the descriptive power of his carefully chosen words.

Jack London's "Call of the Wild" took me, lonely and alone, into the snowy wilderness. Mark Twain carried me with the current down the muddy Mississippi in "The Adventures of Huckleberry Finn." Jules Verne pulled me beneath the waves in "20,000 Leagues Under the Sea." I began to understand life's complexities on the pages of Stephen Crane's "The Red Badge of Courage" and the brutality that fills our history on the pages of Charles Dickens' "A Tale of Two Cities." My imaginings of the battlefield were shaped early, not by my father — who didn't want to talk about it — but by Ernie Pyle, who introduced me to the common soldier in "Brave Men."

I took to reading early, as exploration, adventure and escape from the comfortable sameness of the farm. I read all I could — newspapers, magazines, books. I read wherever I could — balanced on a purple-stained branch in the mulberry tree, astride the old saddle in the hayloft or sprawled in the stubble beneath the Dodge truck waiting for the combine's return.

As an adult, I continued to explore through reading. I was hooked from the start of Larry McMurtry's "Lonesome Dove" when Augustus kicked the blue pigs off the porch and said, "You pigs git. Head on down to the creek if you want to eat that snake." McMurtry's follow-up books were nowhere near as good.

I read Cormac McCarthy's Border Trilogy out of order, but it didn't matter, "The Crossing" pulled me in … and propelled me toward "All the Pretty Horses" and "The Road." Michael Shaara's powerful storytelling made the Civil War come alive in "Killer Angels," which became the movie "Gettysburg." But it was the movie that drew me to the book "We Were Soldiers Once … and Young" by Lt. Gen. Harold G. Moore (Ret.) and Joseph L. Galloway.

I love to read, but somewhere along the way reading changed. Books I once read for pleasure and escape made way for books I "needed to read" to make me a better journalist, a better boss, a better manager. Reading became work, a self-assigned duty. Adventure, exploration, history and science fiction gave way to self-help, career building, tips for success and steps toward mastering change.

My book collection grew but stagnated. Books I wanted to read were eased aside by those I felt I "should read." And time demands made reading anything fun a guilty pleasure. Bookmarks hung from dozens of half-read volumes.

With retirement came welcome change. One was to make reading fun again. I gathered my stacks – some half-read, some untouched – and performed a "readability triage." Some didn't make the cut. Some that had sat proudly atop the "should read" stack were toppled. Others moved up. I carved out more time to read – at least half an hour a day. I scouted new reading spots – in the living room lit by morning light, on the patio fanned by a good breeze, at the kitchen table with my morning coffee, on the couch beside Marti with the TV off in the evening.

I created a new stack of a dozen books, and it's already gone. Some were purchased years ago; others sat far too long with bookmarks dangling. I'm even working through downloaded books on my Kindle e-reader.

What am I reading? I fought my way through "Killing Pablo," by Mark Bowden, about the hunt for Colombian drug strongman Pablo Escobar. Not nearly as good as "Blackhawk Down." I thoroughly enjoyed, "I Am Malala – The Girl Who Stood Up for Education and was Shot by the Taliban," by Malala Yousafzai. Two other surprisingly good reads were "Bob Dole: One Soldier's Story – A Memoir" and "Midnight in Mexico: A Reporter's Journey Through A Country's Descent Into Darkness," by Alfredo Corchado.

More recently I finished "Rotors – A Novel of the Vietnam War" by Roger Gallagher, and "Infinite Monster," a book co-written by former Tyler Paper reporter Rhiannon Meyers about Hurricane Ike, the storm that devastated Galveston in 2008. Both were hard to put down.

Now I'm rebuilding my list, creating a new stack: "Books I want to read next." I'm rediscovering my bookshelves and those old friends beckoning, "Me next. Me next."

What's going on the list? I'll let you know.

Tell me what you're reading by emailing me at dvberry@tylerpaper.com. I can't promise your recommendations will make my list. After all, I have my own stack.

Dave Berry is the retired editor of the Tyler Morning Telegraph. His column runs every Wednesday on the front of the My Generation section.