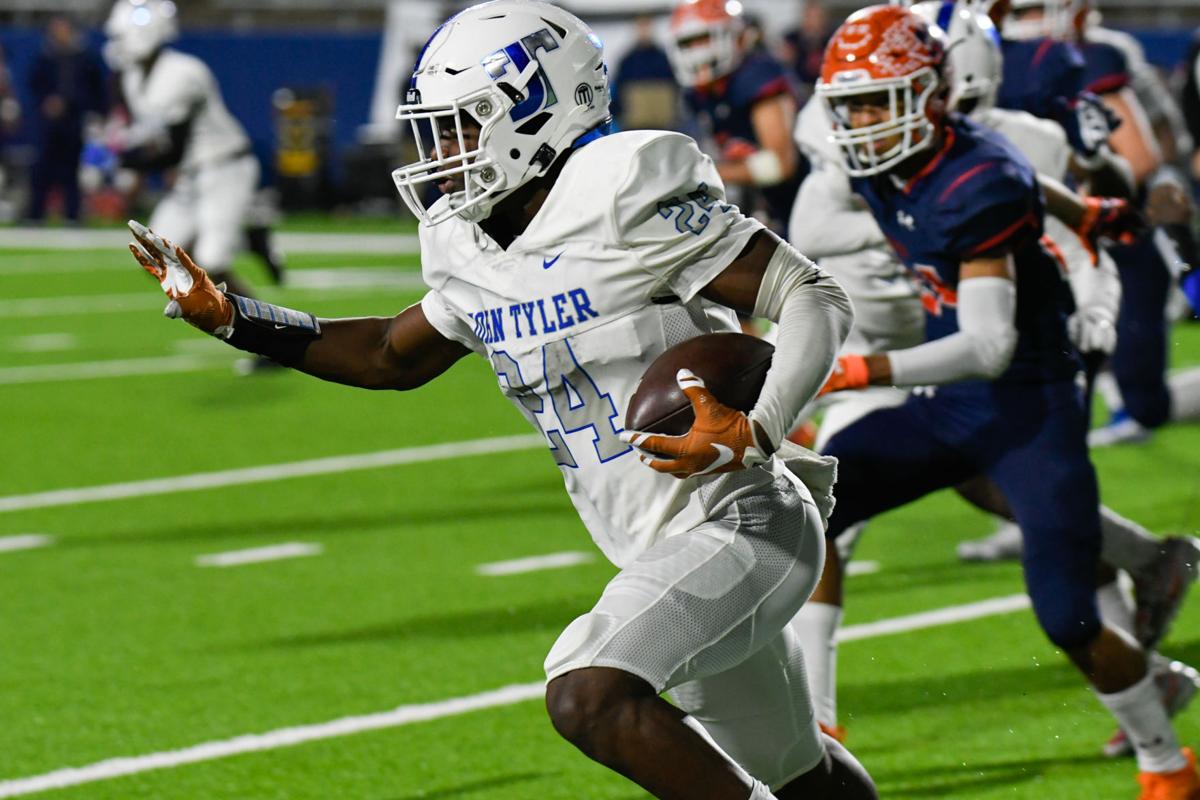 Kitan Crawford heads upfield in a game between John Tyler and McKinney North. Played at McKinney ISD Stadium on Oct. 24, 2019. 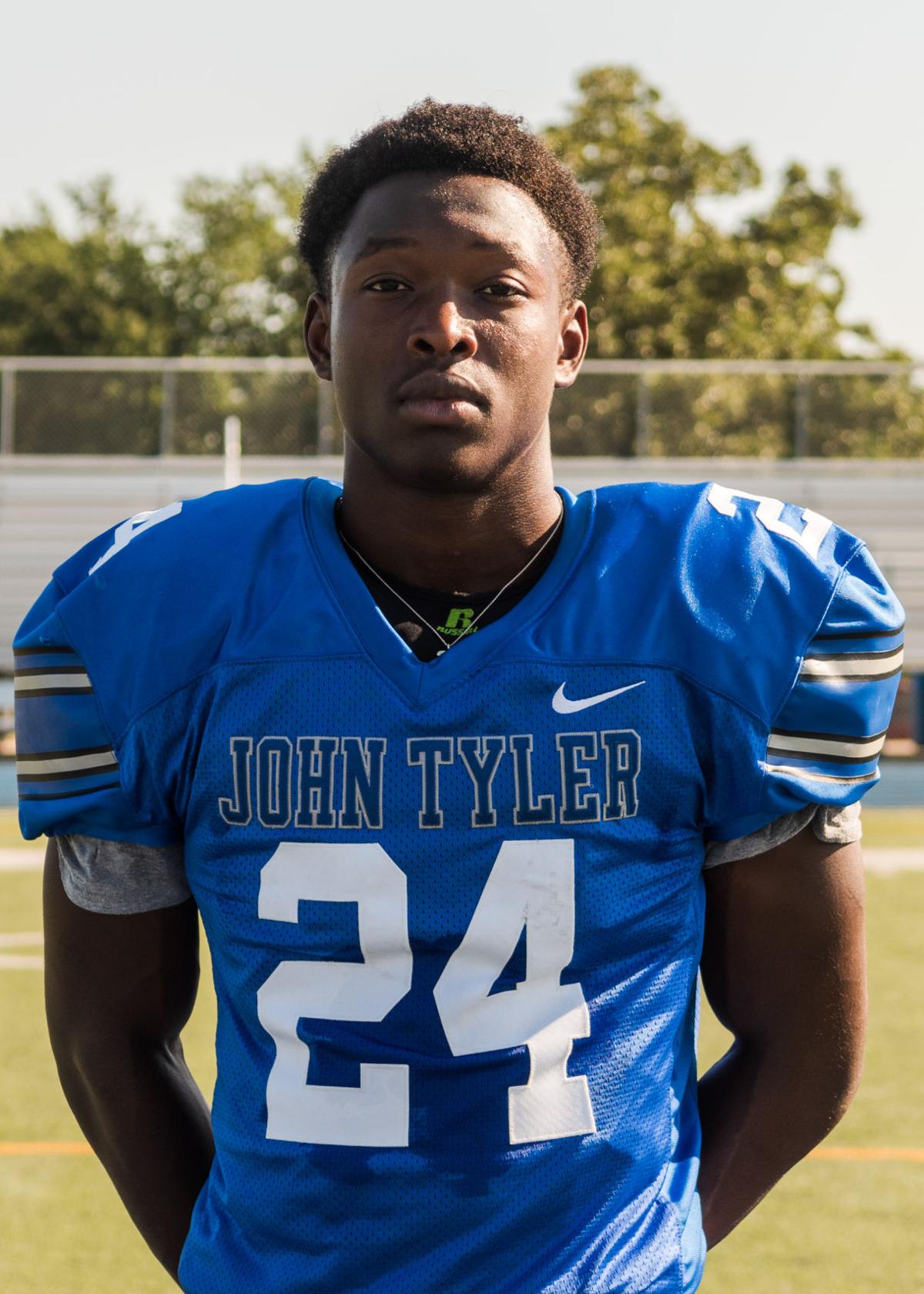 Kitan Crawford heads upfield in a game between John Tyler and McKinney North. Played at McKinney ISD Stadium on Oct. 24, 2019.

In the cold and a driving rain, John Tyler senior standout Kitan Crawford stood out on both sides of the line of scrimmage for his team.

Although the Lions fell to McKinney North, 36-28, Crawford had a memorable night, rushing for 310 yards and four touchdowns on 29 carries.

The University of Texas cornerback commit scored TDs on runs of 16, 80, 68 and 1 yards. He also had a reception for 28 yards. On defense, he helped hold Bulldog standout JJ Henry to just two catches.

For his efforts, Crawford was named the UT Health East Texas Offensive Player of the Week for the ninth week of the high school football season.

On the season, Crawford has rushed for 780 yards and scored seven TDs on 83 carries. That’s an average of 9.4 per carry. He has 17 receptions for 237 yards and a TD. He also takes snaps in the Wildcat formation at times.

On defense, he has 22 tackles and three interceptions

To nominate someone for the UT Health East Texas Offensive Player of the Week, please email sports@tylerpaper.com by 5 p.m. Sunday. Please include classification and statistics for the game and for the season.