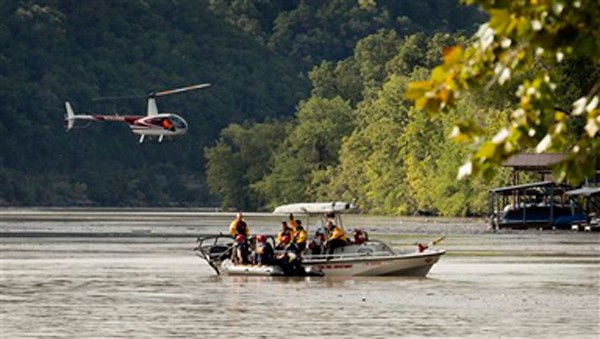 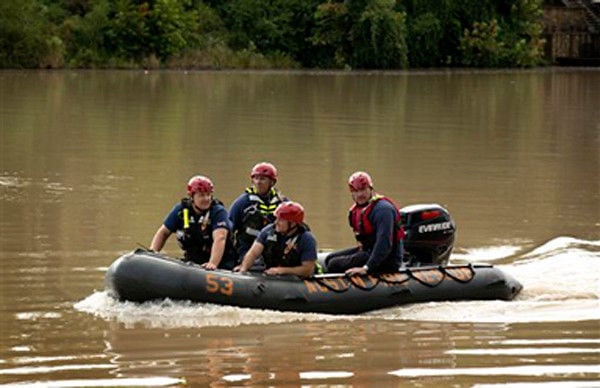 AUSTIN, Texas (AP) — Inclement weather made rescue crews in Central Texas suspend the search for a sheriff's deputy who radioed for help minutes before her empty patrol car was found submerged by floodwaters, while heavy rains in West Texas caused dozens of streets and some houses to flood.

Roger Wade, a spokesman for the Travis County Sheriff's Office, said the search would resume Friday morning. "We were searching all day and we will continue searching until we find something," he added.

The National Weather Service forecasts more rain for the rest of the night and issued a flash flood watch that will remain in effect until Friday morning.

Wade said the deputy was checking low-water crossings during storms. She radioed shortly before 2 a.m. CDT Thursday, saying her vehicle was being washed away in an Austin-area subdivision.

"We believe she was swept into the low-water crossing by water going down the street," said Wade, who identified the deputy only as a seven-year veteran of the department.

Austin-Travis County EMS was contending with three other swift-water rescues in the region, Cmdr. Mike Benavides said. No injuries were reported in those rescues.

The Austin area received 5 to 7 inches of rain early Thursday, said Cory Van Pelt, a forecaster with the National Weather Service in New Braunfels. Rainfall from remnants of Hurricane Odile pelted parts of the U.S. Southwest, including in Texas from El Paso to Houston.

"We are getting moisture from Odile," Van Pelt said. "We also got a lot of Gulf of Mexico moisture that came in, a combination of the two."

Greg Lundeen, a National Weather Service meteorologist, said the storm system was moving away from the area and was likely to cause heavy rains in Hudspeth County, east of El Paso. Rain was expected to continue throughout the night, but not with the intensity as Wednesday.

In El Paso, two people were rescued from a swamped vehicle. A third person who swam to safety was being treated for minor injuries, El Paso Fire Department Battalion Chief Carlos Franco said.

His and other homes located at the lowest end of a central El Paso street flooded with about a foot of water. "This is like a funnel, all the water that comes from the mountains, from other streets just comes down here," he said.

Lundeen said some areas of east El Paso received up to 3 inches of rain in an hour Wednesday night and that rain is expected to keep falling over the next 18 hours.

In southeastern New Mexico, the town of La Union saw up to 3 inches of rainfall, forcing residents to scramble to keep water out of their homes.