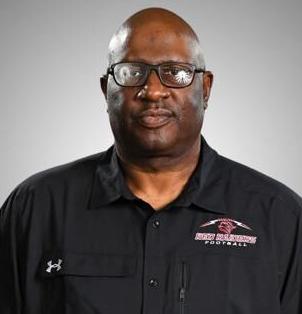 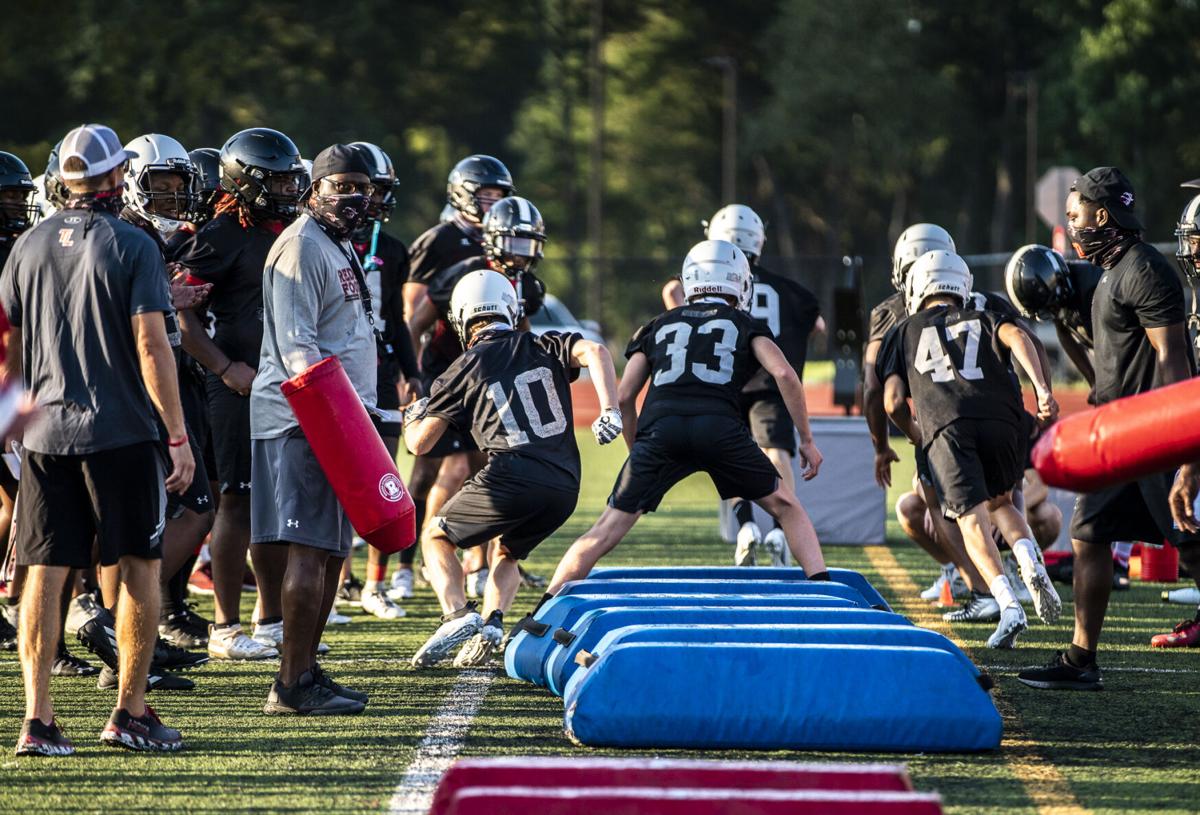 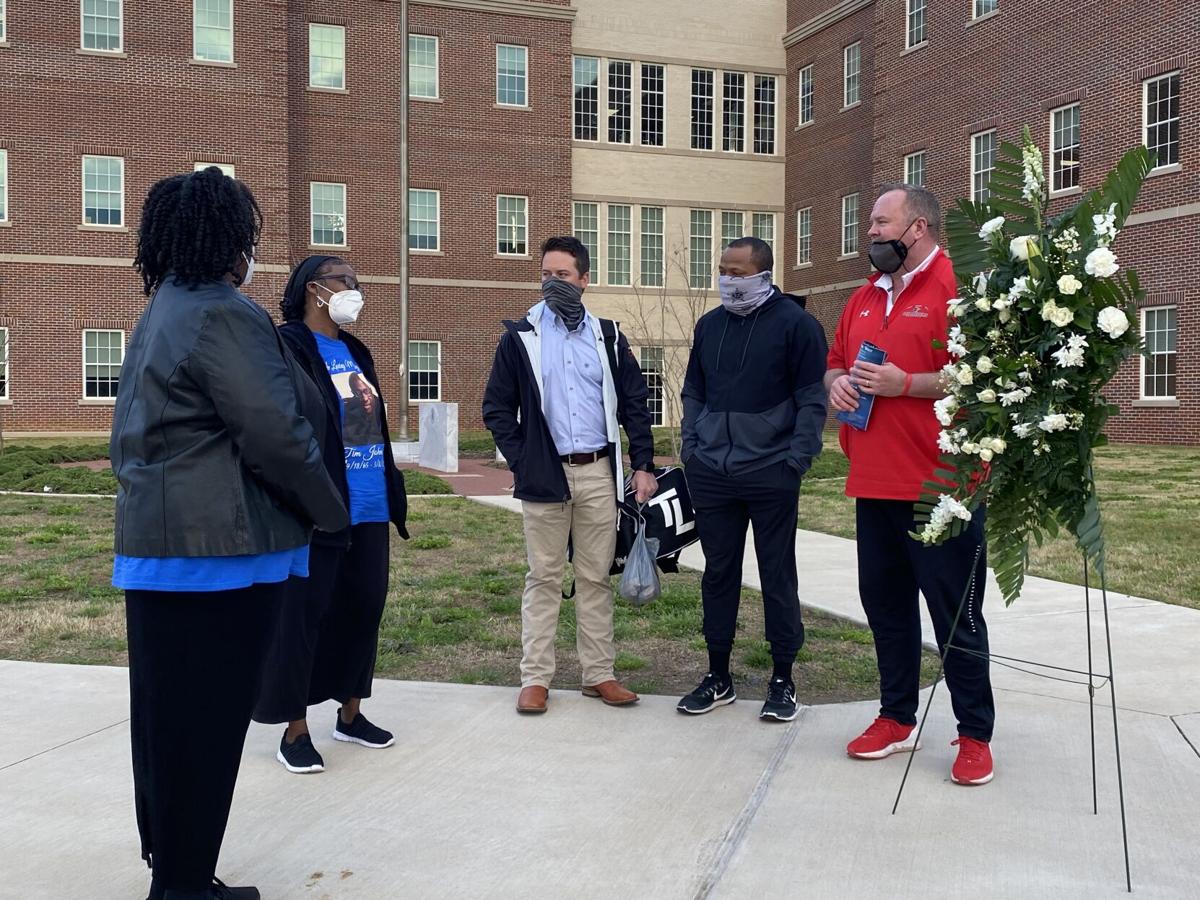 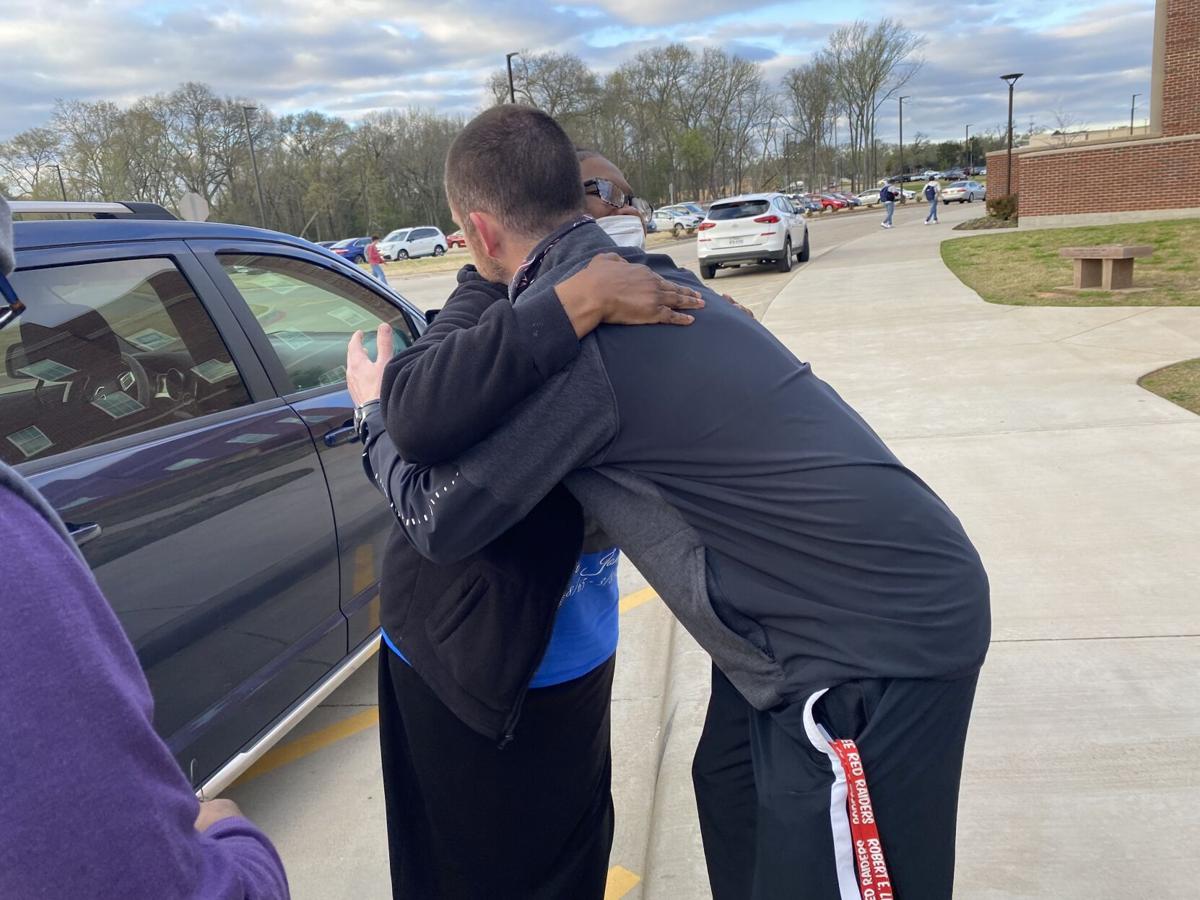 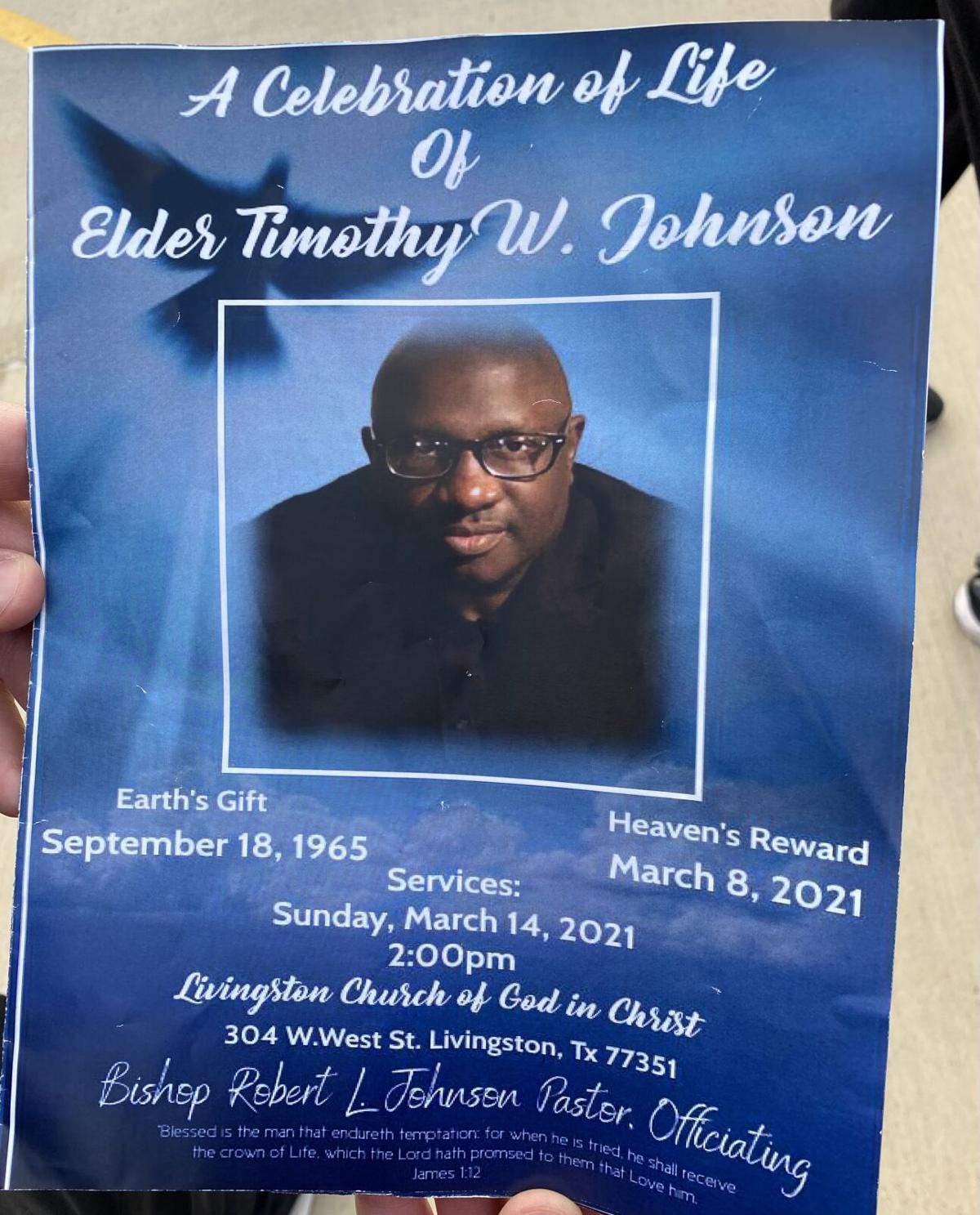 A picture of the program from Tim Johnson’s funeral.

A picture of the program from Tim Johnson’s funeral.

“Coach Johnson was somebody that everybody kind of looked up to as a father figure,” freshman Braiden Grogran said. “He’s somebody I’m going to deeply miss.”

“He was a father figure to me,” senior Garfield Lawrence said. “He was a very respected man by all of his players.”

“He talked about how important it was that everybody hang onto the rope and be a part of the rope and form that tight bond that a football team has. Our kids were really inspired by it, and that’s a big memory for those guys.”

Student-athletes, coaches and others gathered on the field on Thursday to honor Johnson as the Legacy flag was lowered to half-staff across campus.

“The thing we want to do this morning is celebrate the life of Coach Johnson,” Willis said. “He had more than 24 years of coaching, and more than that experience, he really brought with him a wealth of connecting to student-athletes. And that’s what we want to honor this morning.”

“I was hurt,” Harris said. “It made me think about life and how quick people can be gone and making sure you love your family while they’re here.”

Football player Reyad Mekakda spoke during the memorial service and shared what Coach Johnson meant to him.

“He helped me a lot in football and in real-life situations,” Mekakda said. “He gave me a lot of good advice. He will be very missed. He was deeply loved by this school and our football team. We really do miss him a lot. Rest in peace Coach Johnson.”

Legacy head basketball coach Kevin Walker said he noticed in a short period of time the impact Johnson had.

“When you’re a good coach, it doesn’t matter what sport it is, you coach kids, and that’s what he did,” Walker said. “He loved kids. We were better for knowing him in the short time we did.”

Johnson joined the Red Raiders staff in 2020 and coached on the defense. Johnson played high school football at Houston Yates before going to Texas Southern University as an outside linebacker.

Johnson coached at the high school and college levels for more than 24 years.

Johnson’s wife said she enjoyed hearing how the coaches and players felt about her husband.

“It makes me feel real joyous to hear how the kids felt and how the coaches felt in this short time,” Felicia Johnson said. “It means a lot to me.”

When asked her favorite thing about Johnson, Felicia said,” he was loving and caring. We were competitive…