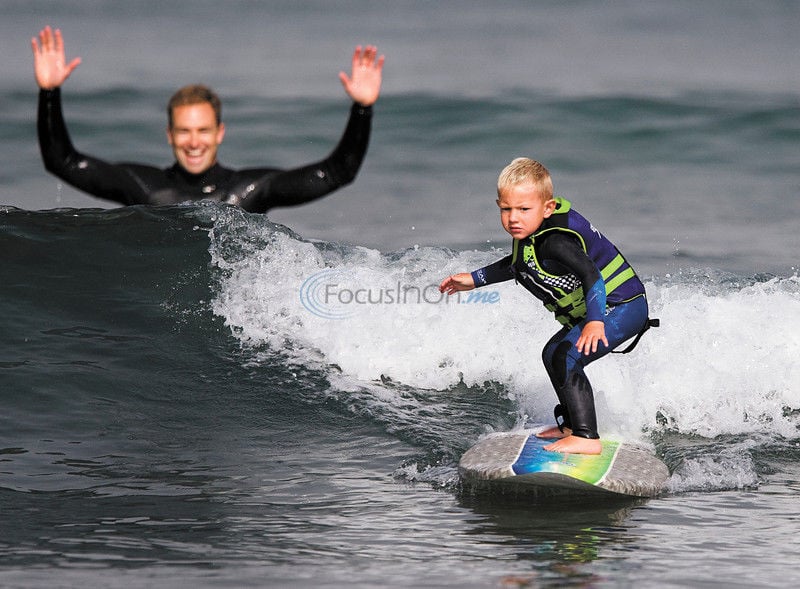 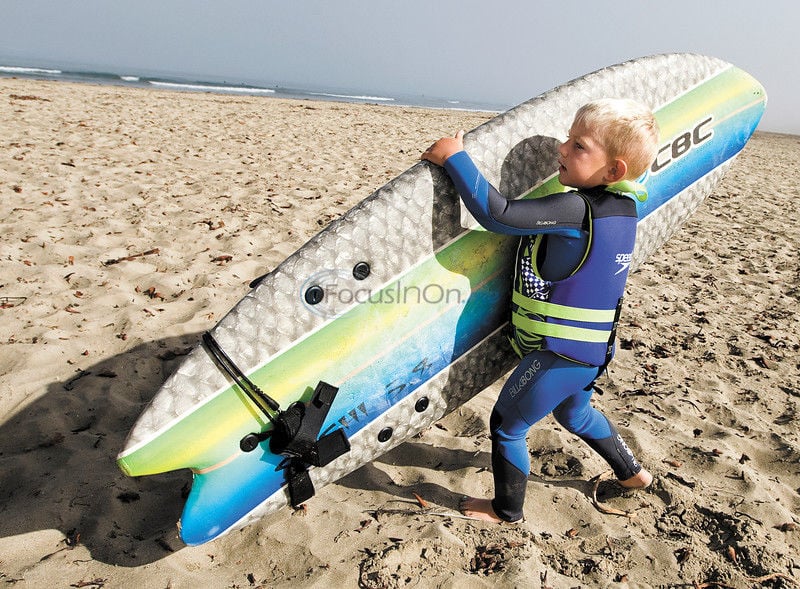 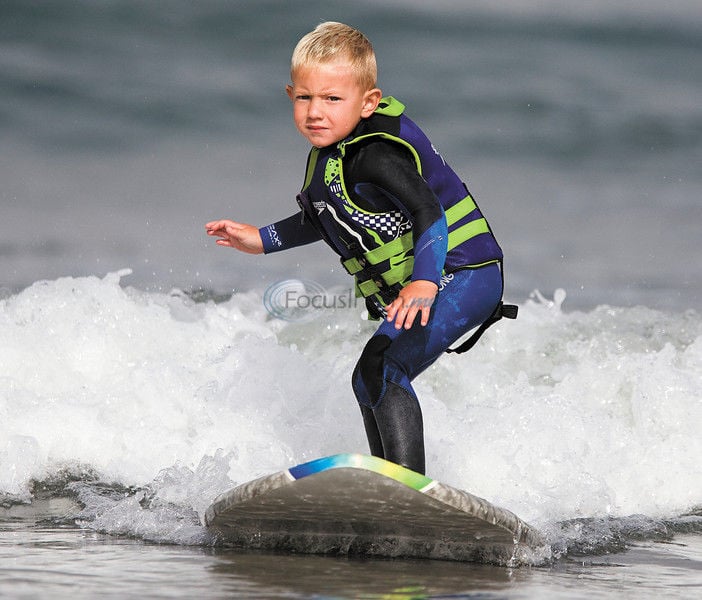 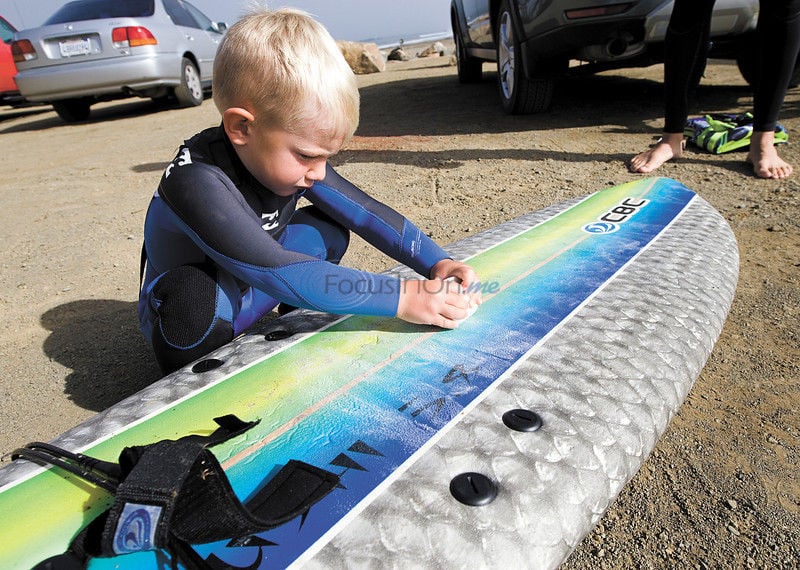 Ditching his Thomas the Tank Engine T-shirt for a wetsuit and life jacket, the preschooler rides the waves with the big boys on the Central California coast.

Triston's father, Todd Gailey, tells the San Luis Obispo Tribune that his son started boogie boarding with his 6-year-old sister last year. But when the blond-haired toddler began standing up on the short board, his dad bought him a 5-foot-8 surfboard from Costco.

Right away, Triston was turning heads as he perfected his form: poised and balanced, hands out in front as he rides waves to shore in Morro Bay.

Todd Gailey, a life-long surfer, calls his son a "natural," and the most coordinated 3-year-old he's ever seen.