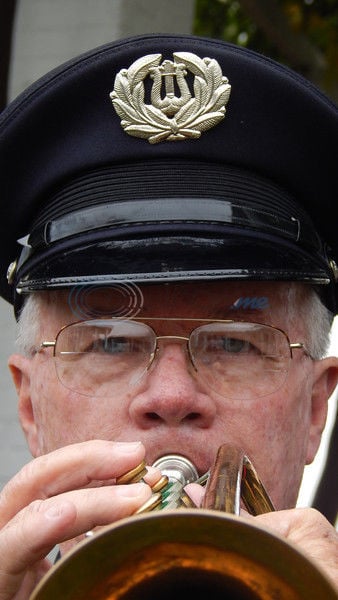 Jim Little, 68, of Mineola, was one of more than 100 buglers to participate in a special ceremony at Arlington National Cemetery on Saturday to honor the late President John F. Kennedy and the bugler who played “Taps” at his funeral. Courtesy photo 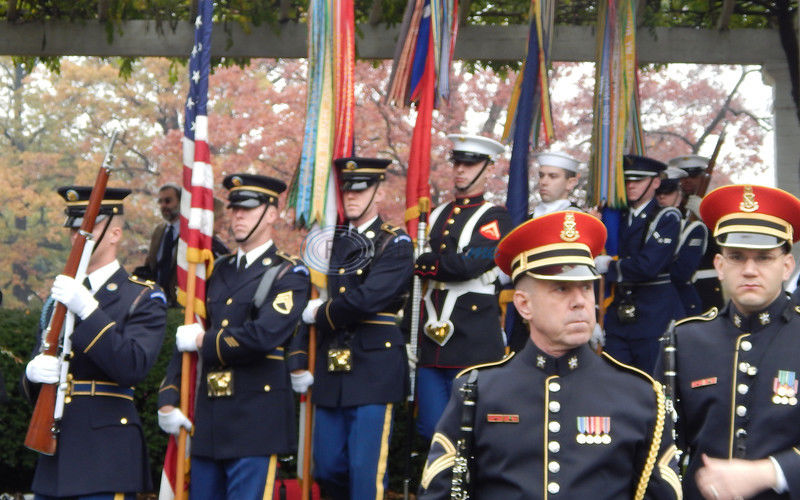 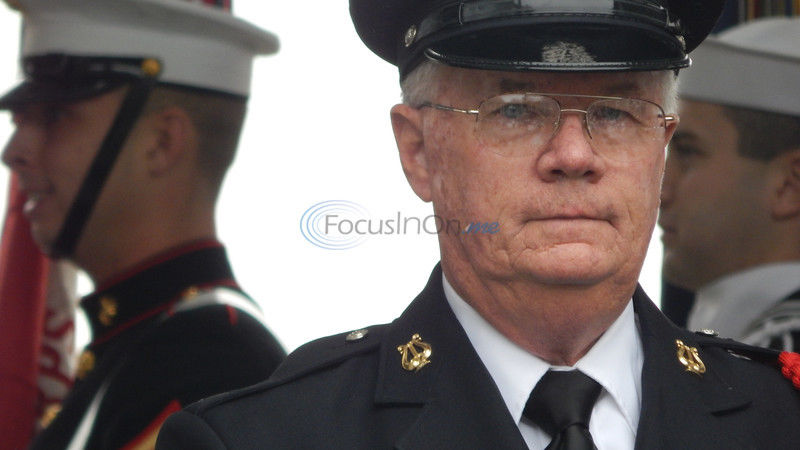 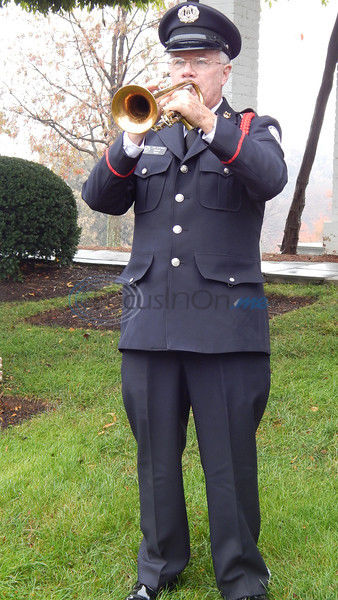 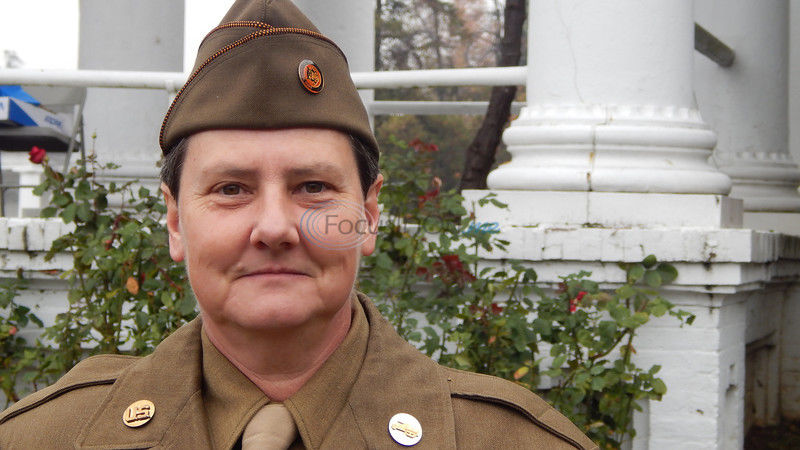 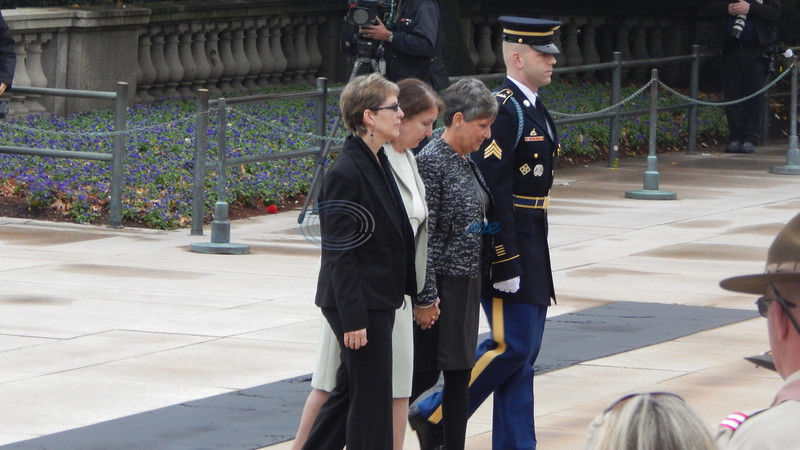 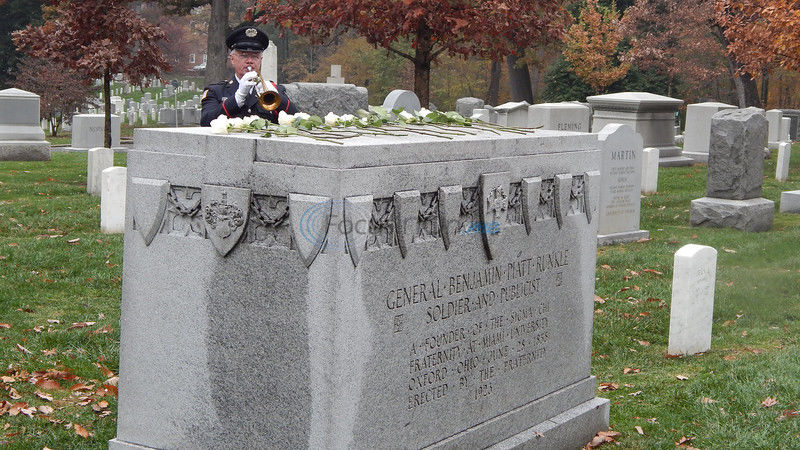 Jim Little, 68, of Mineola, was one of more than 100 buglers to participate in a special ceremony at Arlington National Cemetery on Saturday to honor the late President John F. Kennedy and the bugler who played “Taps” at his funeral. Courtesy photo

Surrounded by a thick fog on the hallowed ground of Arlington National Cemetery last week, more than 100 buglers paid homage to the lesser-known veteran who had sounded "Taps" five decades ago as a beloved president was laid to rest.

The buglers came from across the nation to participate in the program "A Bugle Call Remembered: ‘Taps' at the Funeral of President John F. Kennedy" on Saturday. They came from 26 states and the District of Columbia, to participate.

Jim Little, of Mineola, was in the crowd, playing a bugle that has sounded "Taps" countless times.

Little, 68, is a retired band director and veteran who served as a trumpeter and bugler with the 289th United States Air Force Band during the Vietnam War. He is a member of Buglers Across America, a volunteer organization that provides a live bugler to play the final resting call for honorable service. Taps for Veterans also participated in the event with military and civilian buglers.

"It's the final honor for any veteran," Little said. "It's the very last part of any military funeral. It's such a simple melody, but because of the weight of it and what it means, it can be tremendously difficult to play sometimes. … It's more than 24 notes — it's a feeling that comes straight from the soul."

The ceremony honored Kennedy but was primarily focused on honoring Sgt. Keith Clark, who played the mournful tune at Arlington on Nov. 25, 1963.

Clark was a trumpeter and bugler in the United States Army Band and had played the tune at a Veterans Day ceremony a few weeks earlier, where the president was in attendance, Little said.

In the rush to plan a presidential funeral in four days, organizers neglected to contact Clark to perform "Taps" at the ceremony. He was called at 3 a.m. on the day of the funeral and stood out in the cold for hours waiting on the entourage to arrive, Little said.

"He had been out there for hours with no chance to warm up, no chance to do anything but stand there," Little said. "He started playing, and when he got to the sixth note, he cracked it just slightly, but he … played flawlessly the rest of the way."

The cracked note, played by a seasoned musician, was heard by the entire nation during the televised event. But the mistake was not interpreted as an error, rather a bugler feeling the loss of a nation.

"It was a musical cry," Little said. "It did not detract from the sounding of ‘Taps' that day. It gave it a deeper meaning."

Nancy Joy McColley, Clark's daughter who was 13 at the time of the funeral, told the audience her father was an extreme perfectionist and regretted the error, Little said.

She said the family was "kind of embarrassed about the whole thing because he had played thousands of funerals and played ‘Taps' flawlessly, and on national TV he cracked the note," Little said. "She said he never got over it. It was not something he was proud of, (that) on the world's biggest stage, he cracked that note, but the country was very forgiving about it, and it became a tear drop in the music."

Little said the family remained proud of Clark and of his legacy.

"It embodied the whole ceremony," he said. "It was as if there was a sob for that one brief second in "Taps," so that even the music was crying for Kennedy."

Little said the day was so overcast and foggy organizers did not know if the ceremony would be able to go on, but the fog lifted just enough for the show to go on. On the hallowed ground where national heroes lie, the sound of more than 100 buglers echoed through the fog.

"We (felt like we were) all back in 1963 … because there was such an overpowering presence of John F. Kennedy through this whole thing," he said.

After the speeches, Clark's family went through a ceremony at the Tomb of the Unknown Soldier, and the buglers spread out throughout the cemetery to play "Taps" one more time for a veteran of their choosing.

Little picked Civil War Union Gen. Benjamin Piatt Runkle, who was a founder of the Sigma Chi Fraternity, of which Little is a member.

"I chose that to honor my bother in the fraternity as well as a war hero," he said.

The buglers waited for bells from a tower to sound to play, but because it is an unwritten rule among buglers to wait until someone nearby has finished their tune before they start, the sound carried over the cemetery for several minutes. Little said because of the fog, it was hard to tell where the music was coming from.

"The sound wraps around you, it goes though you. It's such a soulful mournful sound. … The music tears at your soul … It is hard not to have tears when you are experiencing that."

Little said his father was an Air Force veteran in World War II, and his two brothers also served in Vietnam. He said military service was never pressed in his family, but there was an ingrained sense of responsibility and duty. That sense of respect and honor continues for Little today.

"I have a debt that cannot be repaid in my lifetime, but I will do what I can as will these other buglers," he said. "We are dedicated to honoring our veterans for what they have given to us, and it is the least we can do."