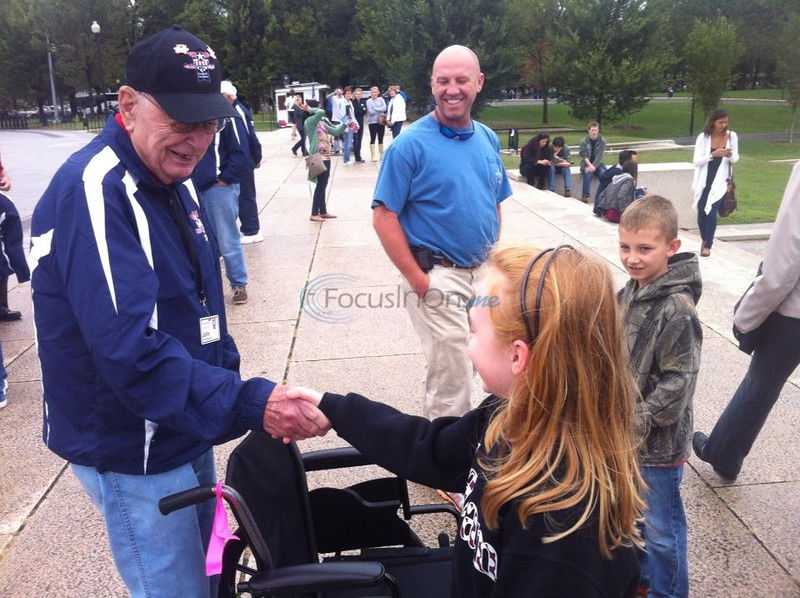 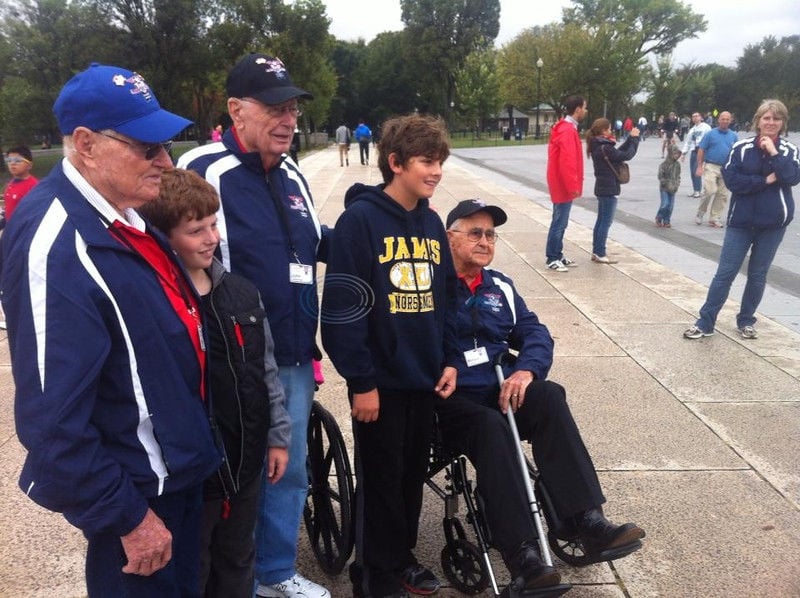 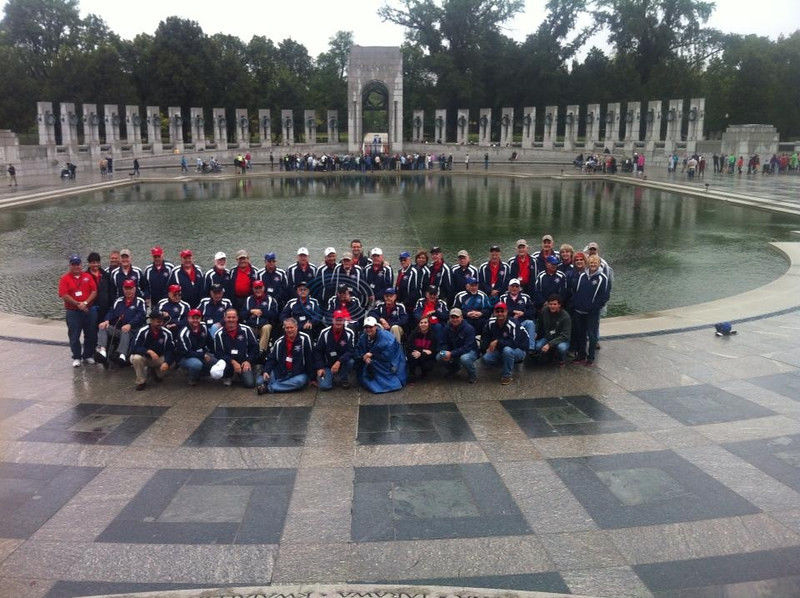 WASHINGTON, D.C. — Marvin Dees flashed thumbs up Saturday as a Brookshire's Heroes Flight volunteer pushed him in a wheelchair into the World War II Memorial.

A day after a heavy deluge drove him and 29 fellow veterans from East Texas away from the memorial built to honor them and others who served in World War II, the group returned beneath overcast skies but no rain.

They made their way around the fountain, which was turned off due to the federal government shutdown, and had their photos taken in front of the section that recognizes Texas.

About an hour later, the 97-year-old Dees, a Tyler resident who is the oldest veteran to take part in the Heroes Flight series of seven trips to the nation's capital, ignited a series of events that led to a barricade breach and a stampede to the Lincoln Memorial.

A group of protesters had set up outside the barricade, and Dees held one of their signs, which read: "Mr. President tear down this wall."

Motivated by Dees' participation, the protesters began climbing over the barricade, and from there the floodgates opened. The barricades were brushed aside, and visitors who had been milling around outside of them poured in and marched right up the stairs to the Lincoln Memorial. Guards at the top of the stairs did nothing to stop them.

When asked how his role in the peaceful assault on the memorial made him feel, Dees said, "It was great. It was the highlight of the trip. I wouldn't take anything for that. And they had the right sign for me."

The forced reopening of the Lincoln Memorial took its place among myriad trip highlights, from four of the vets taking part the day before in a wreath-laying ceremony at the Tomb of the Unknown Soldier to the simple fellowship among men who shared the experience of World War II.

Unlike the day before, when heavy rains soaked the men at various points during their tour, Saturday started with a drizzle that subsided, allowing them to return to the World War II Memorial and see other outdoor sights.

Their first stop was the Air Force Memorial, followed by the World War II Memorial.

The next tour stop was the Vietnam Veterans Memorial, where Harold Smith, 90, of Tyler, found the name of a friend of his son's on the wall.

"The name on the wall is Tony Collier, who was a good friend and classmate of my son, Stephen Smith, who survived Vietnam," Smith said. "But Tony was killed."

The group also toured the Korean War Veterans Memorial before boarding the bus to take them to the airport.

They arrived in Dallas to more cheers, applause and thanks. More of the same awaited as the weary group pulled into the FRESH by Brookshire's parking lot after nightfall, with friends, loved ones and supporters providing a thunderous homecoming that equaled the send-off two days earlier.

"It was awesome," Gordon Kimbell, 87, of Tyler, said of the trip. "I never thought I would be with a group that would be up here.

"It's different when you are with a group of people who have served and you're being honored."

“You make known to me the path of life; you will fill me with joy in your presence, with eternal pleasures at your right hand.” (Psalm 16:11)