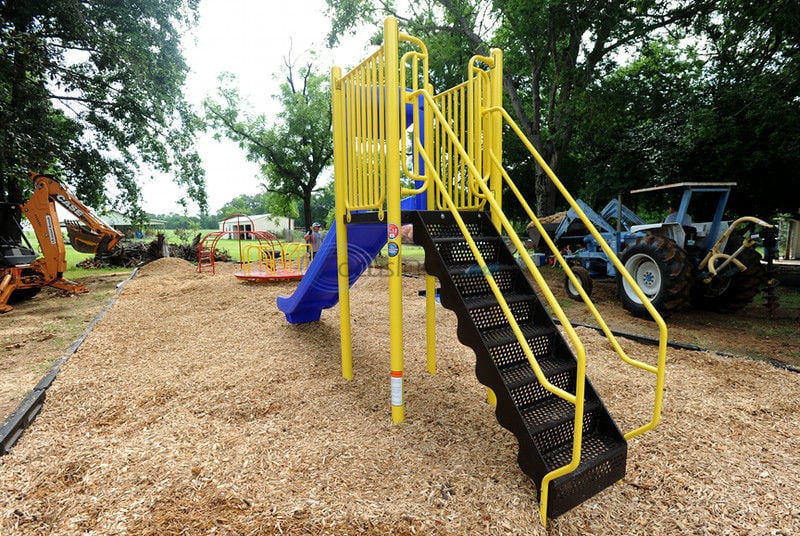 The small playground comes together with the help of heavy machinery on Saturday in Winona. The city bought land next to the community center and now kids can use the playground during the summer. (Victor Texcucano/Staff) 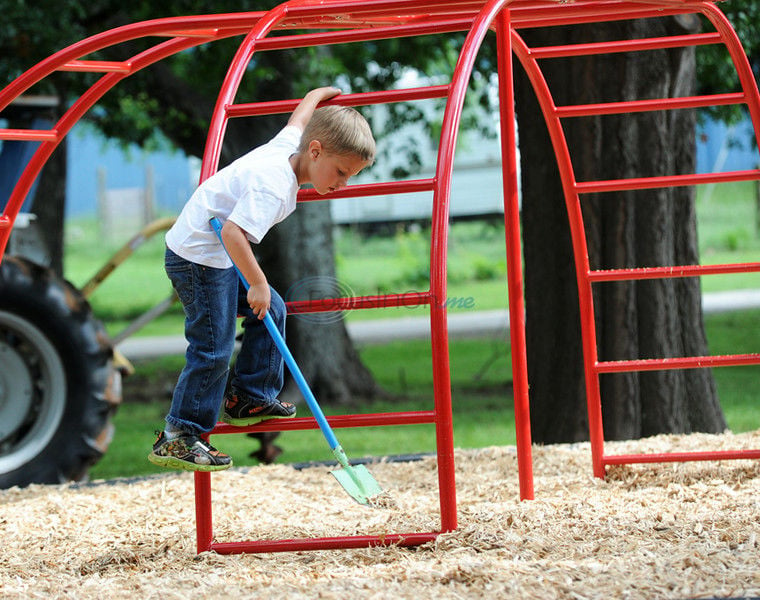 Dalton Hankins, 5, deviates from leveling the playground and tests out the equipment. (Victor Texcucano/Staff) 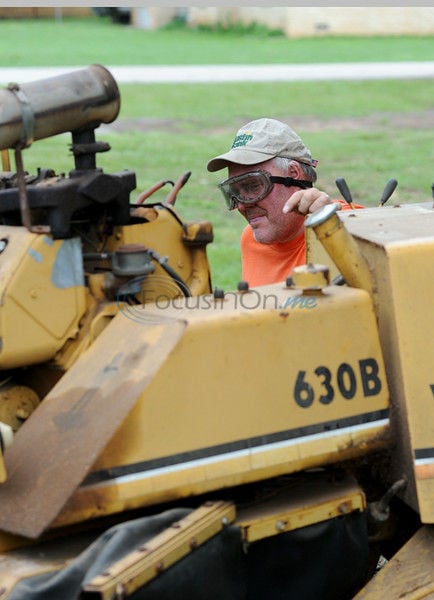 The small playground comes together with the help of heavy machinery on Saturday in Winona. The city bought land next to the community center and now kids can use the playground during the summer. (Victor Texcucano/Staff)

Dalton Hankins, 5, deviates from leveling the playground and tests out the equipment. (Victor Texcucano/Staff)

WINONA — Winona residents spent their Saturday morning getting their hands dirty to finish a long-anticipated project.

Tractors, shovels and rakes in tow, they set to help complete a community playground and park next to the civic center at 520 Dallas St.

Community members got up early to plant flowers and added bedding to the playground and stayed until a full day's worth of work was done.

Brown said the funding for the park — about $20,000 — was raised about 10 years ago by a group of community members. The hope was to build a large park on a big tract of land with sports fields, but as the years waned and the seed money did not increase, the city settled on a smaller park.

Playground equipment was installed soon after and a little elbow grease was all that was left to allow the kids to play on it during summer vacation.

Lisa LaFrance and her husband donated drought-resistant shrubs to spruce up the neighboring community center.

"We are going to have picnic tables and a grill," she said. "I think it's a nice spot where people can get together on holidays or on nice days. The community center is underutilized."

Ronnie Pilcher spent the morning grinding down stumps on the grounds.

"If you don't take care of it, it won't be here — like the money," he said. "This was a great opportunity for everyone to come out and meet everyone in the town."