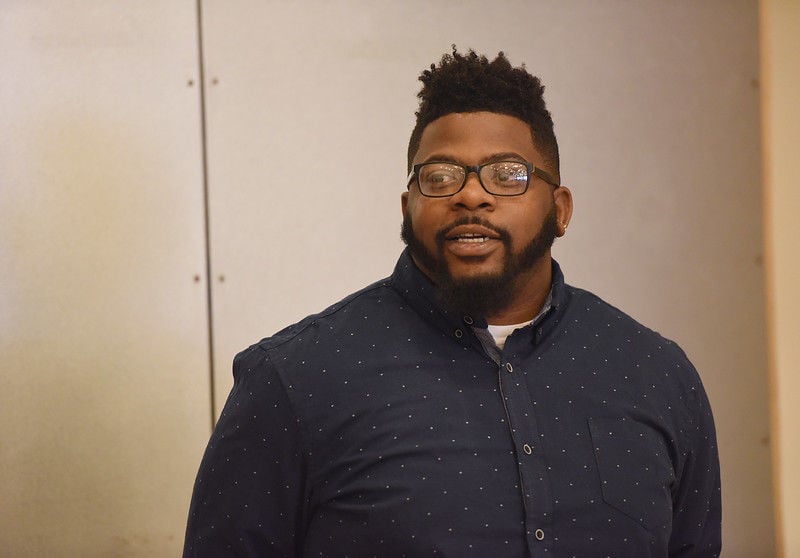 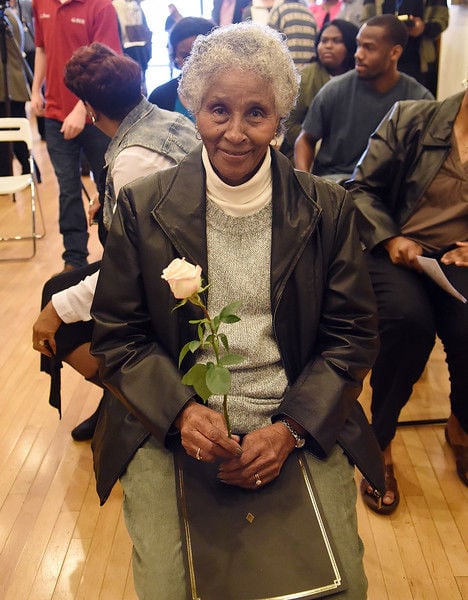 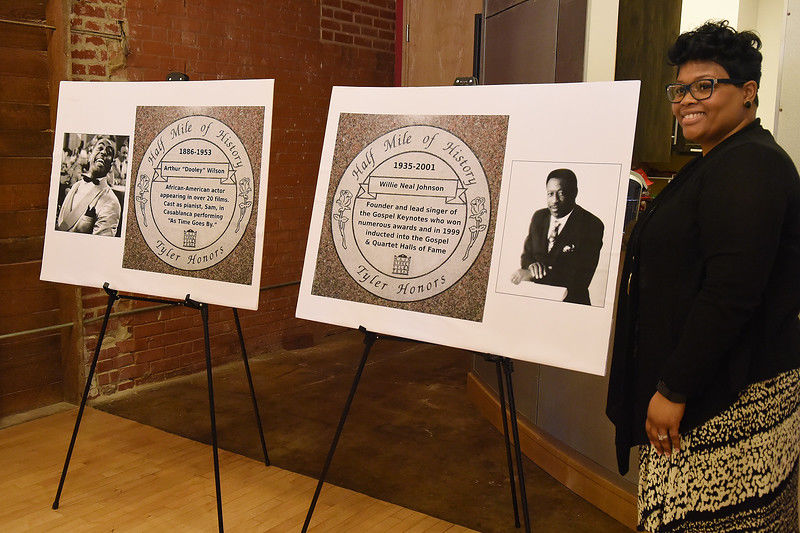 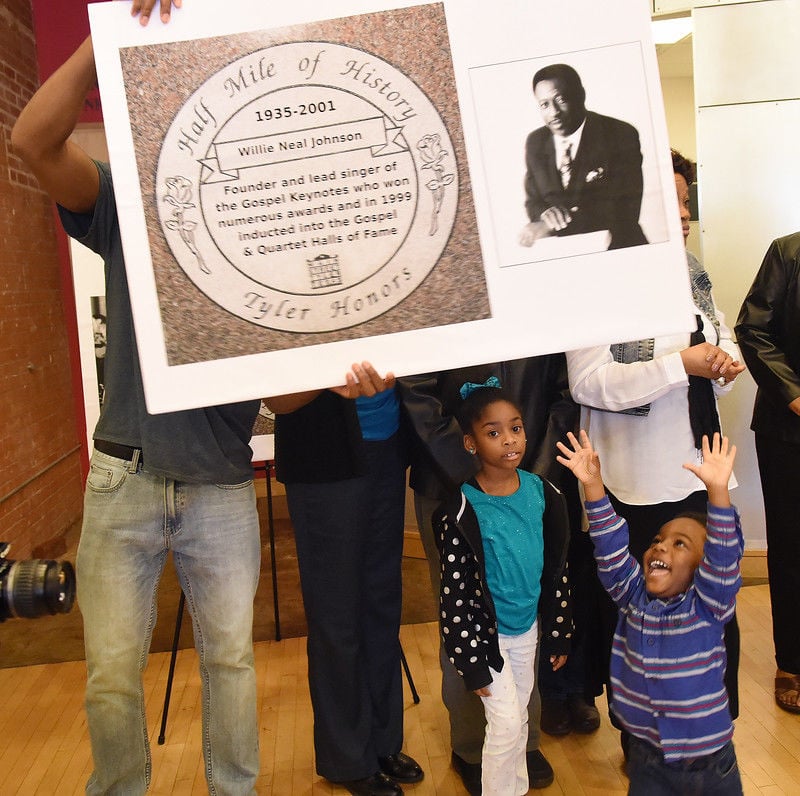 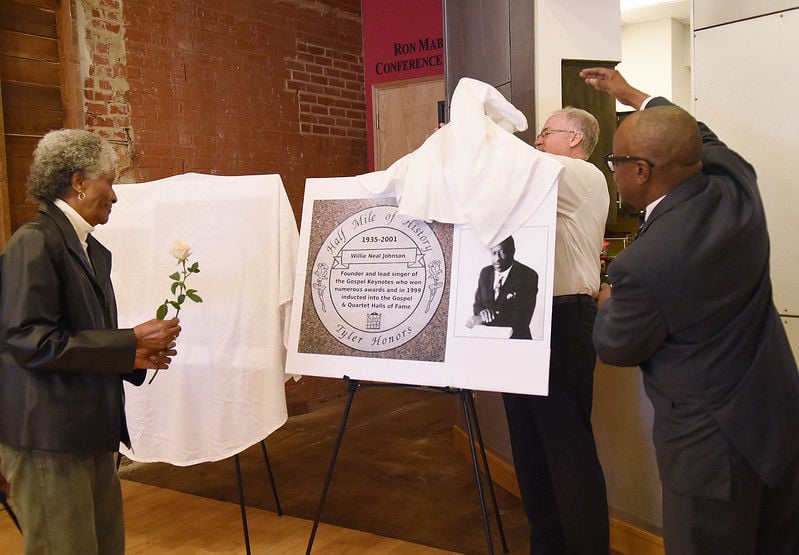 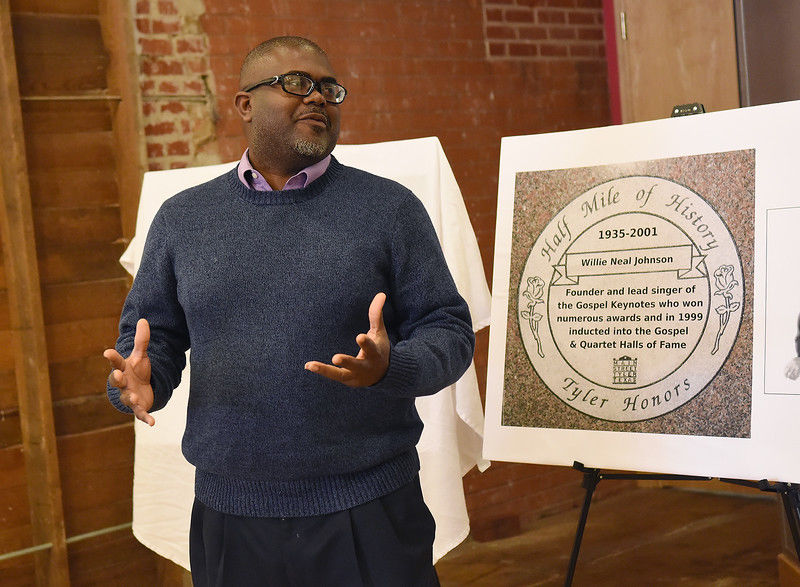 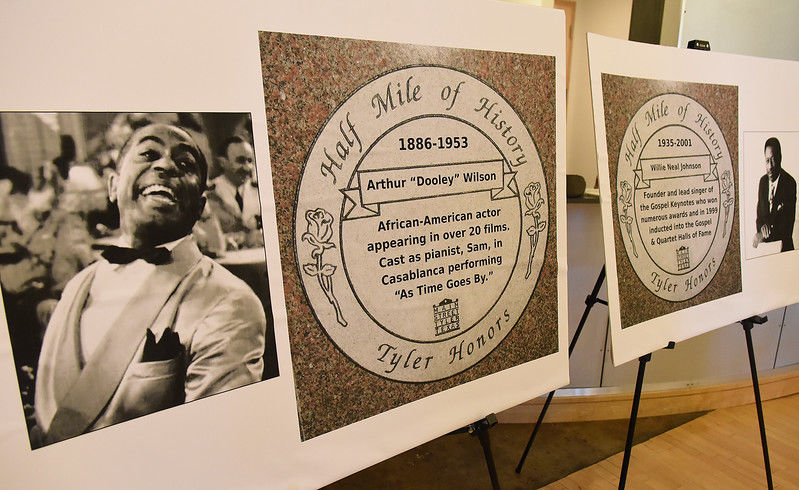 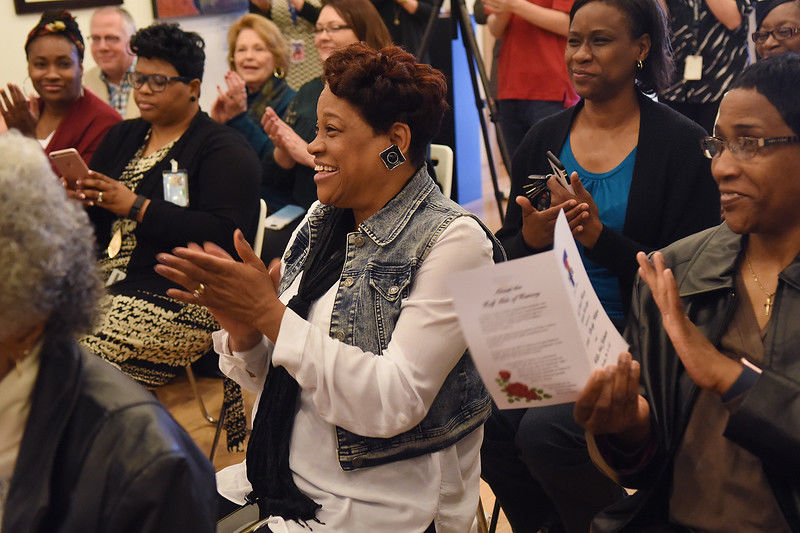 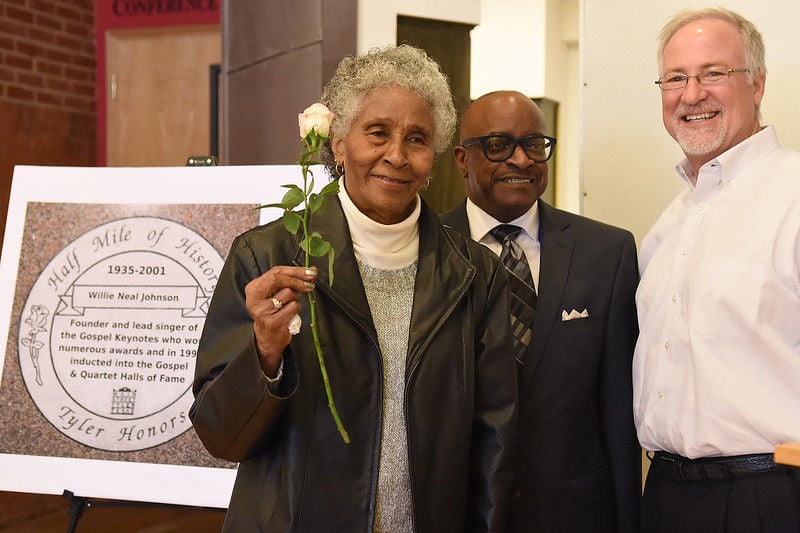 On the exact day Willie Neal Johnson died 16 years earlier, he was honored by the city he loved and resided in his whole life - even as he achieved fame in the gospel music industry.

Tuesday during a special ceremony, the city of Tyler unveiled a Half Mile of History Marker in Johnson's honor.

Many members of the deceased gospel singer's family, including his 80-year-old widow, Captoria Johnson, were present for the event.

Johnson was recognized along with Arthur "Dooley" Wilson, 1886-1953, a drummer and singer famous for his role in "Casablanca."

As a whole, the family said they were very appreciative that Johnson's memory is still alive and that he continues to receive recognition for his contributions to music and the community.

"(Today is) very sentimental. We are really overjoyed that 16 years later his name hasn't died down," said Steven Warren, of Fort Worth, Johnson's grandson.

Born in 1935, Johnson was the oldest of six children in a musical family. After his father died, Johnson quit school to work and support his mother and siblings. Johnson's mother encouraged all of her children to pursue singing careers by taking them to church and making them sing on Sundays.

When Johnson was in his teens, he was tapped to join the Rev. C.W. Jackson's group, "Five Ways of Joy Gospel Singers." A few years later, he formed the group "Willie Neal Jackson and the Gospel Keynotes" - which later became "Willie Neal Johnson and the New Keynotes."

The group received a Grammy nomination in 1980 for a song titled "Ain't No Stoppin' Us Now."

The group was later inducted into the Gospel Music Hall of Fame in Detroit and the American Gospel Quartet Hall of Fame in Birmingham, Alabama, in 1999. They also won several Stellar Awards, the first and oldest televised awards show honoring gospel music artists.Johnson died of a stroke on Jan. 10, 2001.

Dewayne Manning, of Tyler's Historical Preservation Board, said Johnson's passion for music and his hometown were just a few reasons why he is deserving of the marker.

"Mr. Johnson was a professional and paved the way for many other artists," Manning said. "He was responsible for bringing some of the largest gospel concerts, with many of the top gospel artists, to Tyler."

Warren described his grandfather as a very loving person who displayed a great degree of showmanship during his performances.

When Warren was a teenager, he got to tour many different parts of the county with Johnson and said one of the biggest things he learned from his grandfather was to always have faith in God.

He also said there was one thing he knows his grandfather would want people to remember about him.

"He always said if anybody was to write his life story, tell them Jesus is the best thing that every happened to him," Warren said.