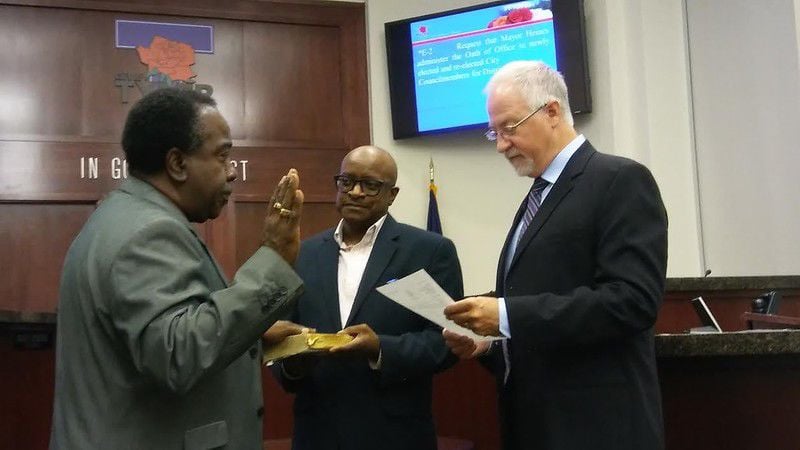 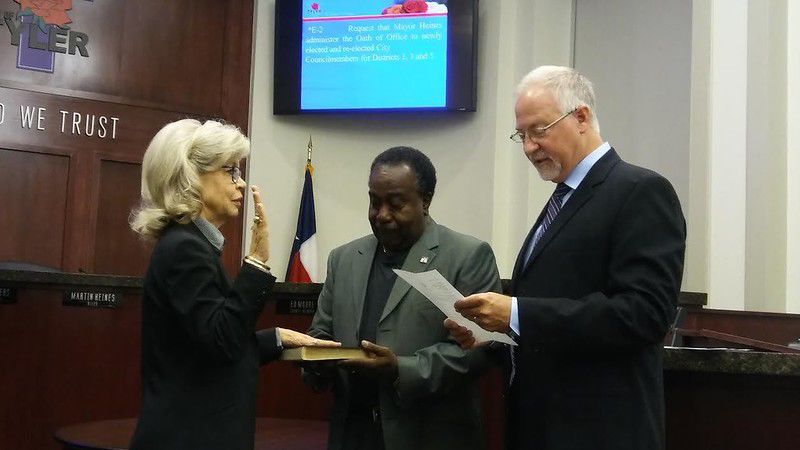 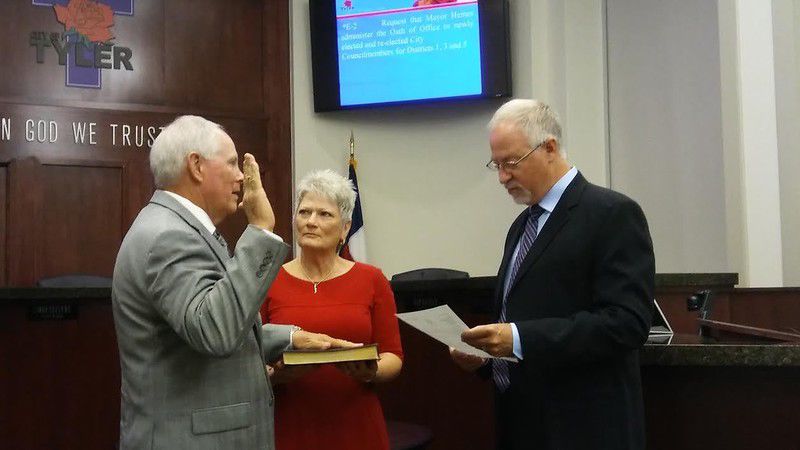 With his right hand in the air, and the left on a Bible, Bob Westbrook took the oath of office for Tyler City Council District 5.

“I want to thank all my friends and family who participated and helped me achieve this post,” Westbrook said following his swearing in Wednesday. “Thank you so much for coming and joining in this celebration this morning. I can promise you my best efforts.”

On Wednesday, the city canvassed the results of the May 6 election, making them official, and swore in three council members.

Two were unopposed. Those include District 1 Councilwoman Linda Sellers, who will be serving her second term, and Ed Moore, who was sworn into his third and final term.

Bob Westbrook is a new face to the council, after winning the seat against Alan Lizarraga. Westbrook received 621 votes to Lizarraga’s 222 votes.

Westbrook replaces Mark Whatley in the seat to represent the district, which includes the University of Texas at Tyler. Whatley served three terms and could not run again due to limits.

“I think that’s a great thing,” Mayor Martin Heines said before thanking Whatley for his years of service to the city. “I think every form of government needs term limits.”

The Council then appointed Councilman Don Warren to serve as mayor pro-tem for the next year.

After administering the oath of office, the Council held a public hearing on the voluntary annexation of undeveloped land off Old Jacksonville Highway and Cumberland Road.

The city hasn’t had anyone submit a formal protest to the annexation, but has had an adjoining property owner ask to also come into the city, Heather Nick, managing director of planning and economic development told Council.

That annexation would be taken up separately, she said.

Tyler will host a second public hearing on the annexation next Wednesday, and likely will formally bring the land into the city in June.